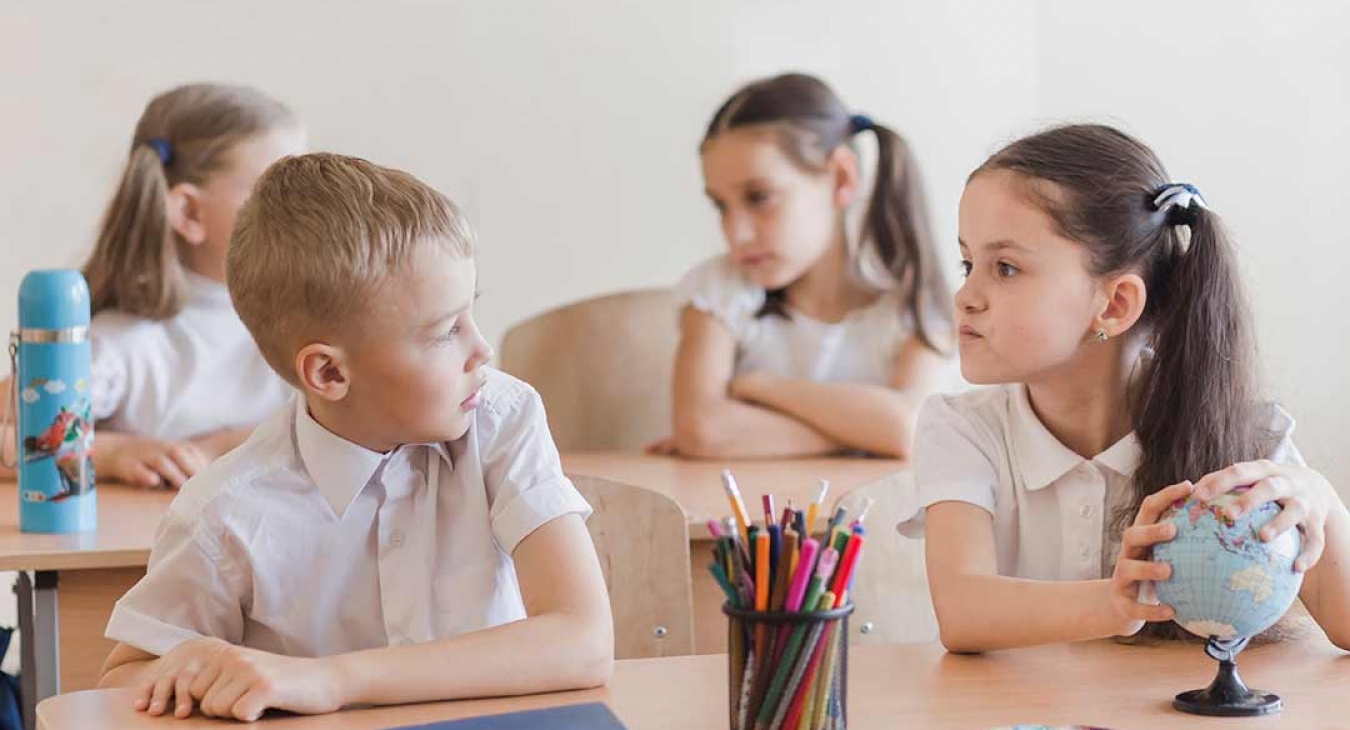 Resolving disagreements without resorting to threats, name-calling, or physical aggression requires some sophisticated skills that can be difficult for kids to grasp. It’s important to give your child a variety of skills and tools that will help him learn how to settle disputes in a socially appropriate manner.

Here are some strategies that can help children of all ages learn how to settle the conflict peacefully:

When kids are upset, they’re prone to say things like, “You’re a brat!” But making accusations with “you” statements will only make the situation worse. Teach your child to express his feelings using “I” messages.

For example, rather than saying, “You’re the meanest sister in the whole world,” teach him to say, “I don’t like it when you go in my room without asking.” Teach your child to identify and express his feelings in a socially appropriate manner.

Teach your child how to solve problems creatively.  If your child argues with his friends about who gets to go first when they’re playing a game, step in and help them brainstorm various solutions.

Talk about ways to compromise and negotiate.

Talk about fun ways to put an end to disagreements fast. Encourage your child to flip a coin or play rock, paper, scissors to settle disputes where the outcome really doesn’t matter in the long run – like disagreements over who gets to go first. This can help your child understand he doesn’t always have to get his way in order to have fun.

Be on the lookout for opportunities to teach your child life lessons – such as it can be less important to “win” and more important to maintain a relationship with a friend or sibling. Emphasize the importance of behaving kindly and treating one another with respect. Praise your child when you catch him sharing, compromising, and behaving kindly.

When arguments and fights break out, make it a teachable moment. In addition to giving your child a consequence, teach your child how to improve his behavior in the future. If he hits his friend, give him a time-out. Then, when his time-out is over, sit down and talk about how he can resolve future problems peacefully.

Role-playing can be one of the best ways to help your child practice conflict resolution skills. Say something like, “Let’s pretend we wanted to play a game, but we both wanted to go first. What could we do to decide who gets to go first?” Sit down together and act out various scenarios and talk about their likely outcomes.

Create opportunities to practice healthy conflict resolution while you’re engaging in pretend play as well. Whether you’re playing with dolls, stuffed animals, or action figures, show how characters can cooperate. Talk about the potential consequences of aggressive or disrespectful behavior.

Show your child examples of times when people are successful at resolving conflict, and when they’re not. Pause while watching a TV show or reading a book to talk about the choices characters have or to discuss whether each character made a healthy choice.

Also, point out kid-friendly examples of ways you resolve conflict in your own life. Say something like, “Aunt Susie wanted to go out for pizza tonight but I wanted to eat dinner at home. So I decided to invite Aunt Susie over for dinner. We’re going to make pizza at home and both of us are happy with that idea.” These examples can show your child that disagreements can end with everyone feeling satisfied.