I Don't Want to See My Child Fail! 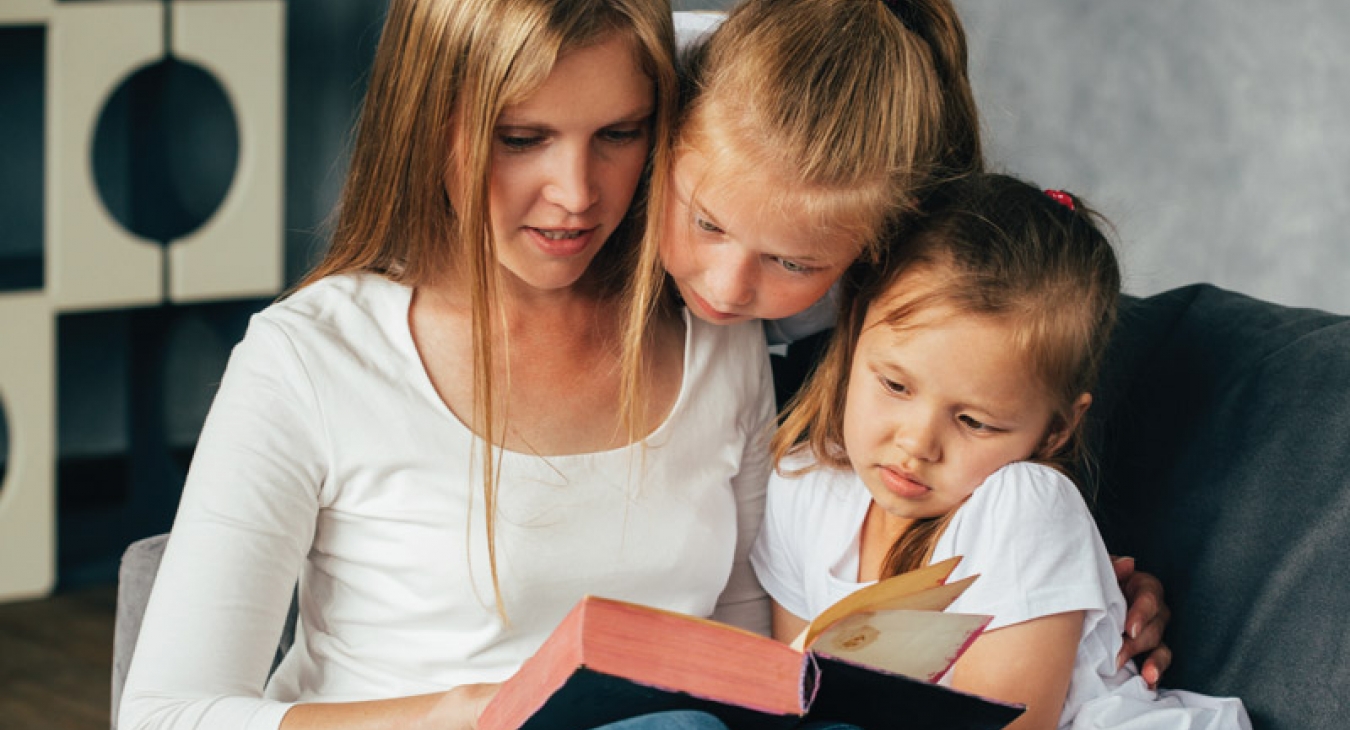 Imagine an infant lying on their back on the floor. In your mind’s eye watch as she works to roll over onto her stomach. Over the course of a month or so she will eventually accomplish her goal. In so doing she will have made countless attempts.

Now imagine a child of a similar age also lying on the floor but in this case he makes few if any attempts to roll over. If this behavior persists over several months, the parent should rightly be concerned that there may be an organic reason for this lack of trying.

The gist of this example is that it is not the many times the girl has been unsuccessful that is the “failure,” rather it is the lack of trying that is the true concern.

From the moment children are born each developmental step requires countless attempts before success is achieved. Babies are, if you will, failure machines.Babies expect to fail and have reflexes that help prevent injury, i.e. the sit-on-your-bottom-before-you-fall-down, or the protective arm reflexes.

Generally, when babies fail they laugh, they are having fun! Unless they are really injured, when they cry, when they fail, it is often not because they are hurt but they have been TAUGHT that failure is bad. They cry because they have not met your expectation that they should be successful. They don’t want to disappoint you.

Not reacting so as to prevent possible injury, or other “failure,” is one of the most difficult aspects of parenting. Not only do we have to stop our instinctive physical reaction but we also have to monitor our emotional fear response. Our impulsive grab to support their actions with accompanying quick inhalation is a powerful way to convey fear to children and communicate strongly that they are in DANGER!

As with any skill it takes practice to avoid teaching your child that, when they are testing their limits and learning a new skill, you are afraid that they will be hurt. If you are lucky enough to start when your child is very young, you can learn to laugh along with them when they, for example, plop down on their bottoms as they try to stand.

It is never too late, however, to help your child gain confidence and become an adventurous learner. Instead of watching out to prevent failures, we should be looking for their “tries” and recognize that each try is a step toward mastery.

We don’t have to overreact and praise every effort; it is enough simply to watch with a smile. Children also don’t need praise, in fact that can be counter-productive. They do however seek acknowledgement. “You really worked hard on that” is much better than “Good job.”

Being pro-active in supporting your child’s trial-and-error learning is important for a whole other reason. These days even total strangers are perfectly comfortable judging your parenting style. If they see you “ignoring” your child while they are doing things that, in their mind, are risky, they may judge you as a bad parent, or worse, feel they have to intervene. The best way to manage such peer pressure is to be a “safety sheriff” parent  remaining always mindful and alert while your child is testing their limits.

In an ideal world the word “failure” could be retired and replaced by “tries.” Such a change would mean that instead of failing, which conveys that the chance of success has passed, the try would be just one of many chances to succeed. It would also allow us to move away from a fear of failure to celebrate taking on challenges.

Contemporary playgrounds are required by ASTM Standards to remove every “known or should have known” conditions where a child could possibly fail. Parents bring their children to playgrounds with the full expectation that they are designed and maintained to be failure-proof. Since we know that children are biologically driven to seek trial-and-error learning, we can logically expect that they will, in their infinitely creative ways, find a challenge. If such behavior leads to an injury, parents can be expected to react with anger and perhaps litigation. The playground industry with the best of intentions has regulated itself, and playground operators, into a no-win situation. 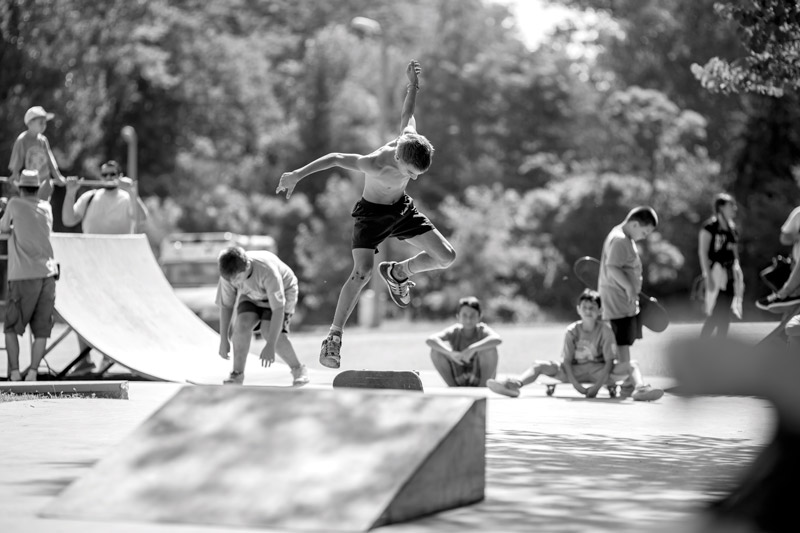 It is possible to design our way out of this problem.

Consider skateparks as an example of a playspace designed for trial-and-error learning. Kids and parents come to skateparks with the full understanding that skaters will be testing themselves constantly and that injuries are both common and inevitable. The very same injury on a “safe” playground might lead to a lawsuit where such a reaction is very rare on skateparks.

Learning to use a skateboard or scooter takes lots and lots of practice, practice that begins with many small failures. Skaters learn gradually how to fail at incrementally greater challenges. Typical playgrounds look safe so kids tend to feel they don’t need to be cautious. Indeed, parents often feel the same way and will routinely hoist their very young children onto apparatus designed and designated for older children.

This foreseeable misuse is exacerbated by the requirements of the ADA, which mandates access by those individuals who have mobility impairments. This means that parents of young children must be hyper-vigilant to prevent their child from going to places that are high and have unprotected openings.

The solution to this is to design playspaces that provide challenges that are both clearly visible but also fully accessible by anyone of any ability.

The way to accomplishing this new design paradigm is to design play elements in such a way that the challenge is clearly, and unmistakably visible. Decoupling height from the experience is the first step. For too long play apparatus designers have added height as a way to increase challenge, the taller the better. However, increasing elevation does nothing to add more challenge it only adds the fear of falling and the chance of injury.

Removing height does not necessarily mean dumbing down the playspace. For example, a slack line can be only inches off the ground and remain extremely challenging. The same can be said for a hillside slide. Using landforms are one of the best ways to ensure maximum excitement and access. They also don’t visibly communicate special accommodation to a particular subgroup and set up an unconscious them-and-us mentality.

Most play events are single function; a slide is just a slide. There are, however, examples of multi-functional designs such as the spinning rope climber or a tire swing. By combining functions we add to the challenge without increasing risk.

Playspaces that include natural elements, like real trees as climbers, tend to be able to provide more challenge than manufactured components of the same function. Playspaces that have highly visual and creative themed elements add excitement without risk.

The most interesting things on any playspace are other players. Nothing is sadder than a lone child on a playground. For too long playgrounds designers and operators have been able to drop in a simple off the shelf play structure and call it good. Such “plug-and-play’ gestures are just wasted space and money. If you are going to create a playground, half-measures are worse than no playground at all since these useless investments suggest that children have been provided for when in fact they have been marginalized.

A Vision for the Future

There are a few examples of designs that employ this vision. All playspaces can and should meet this standard. Do the playspaces on your drawing board for your community?