Who Has More Fun the Grandparents or the Kids? 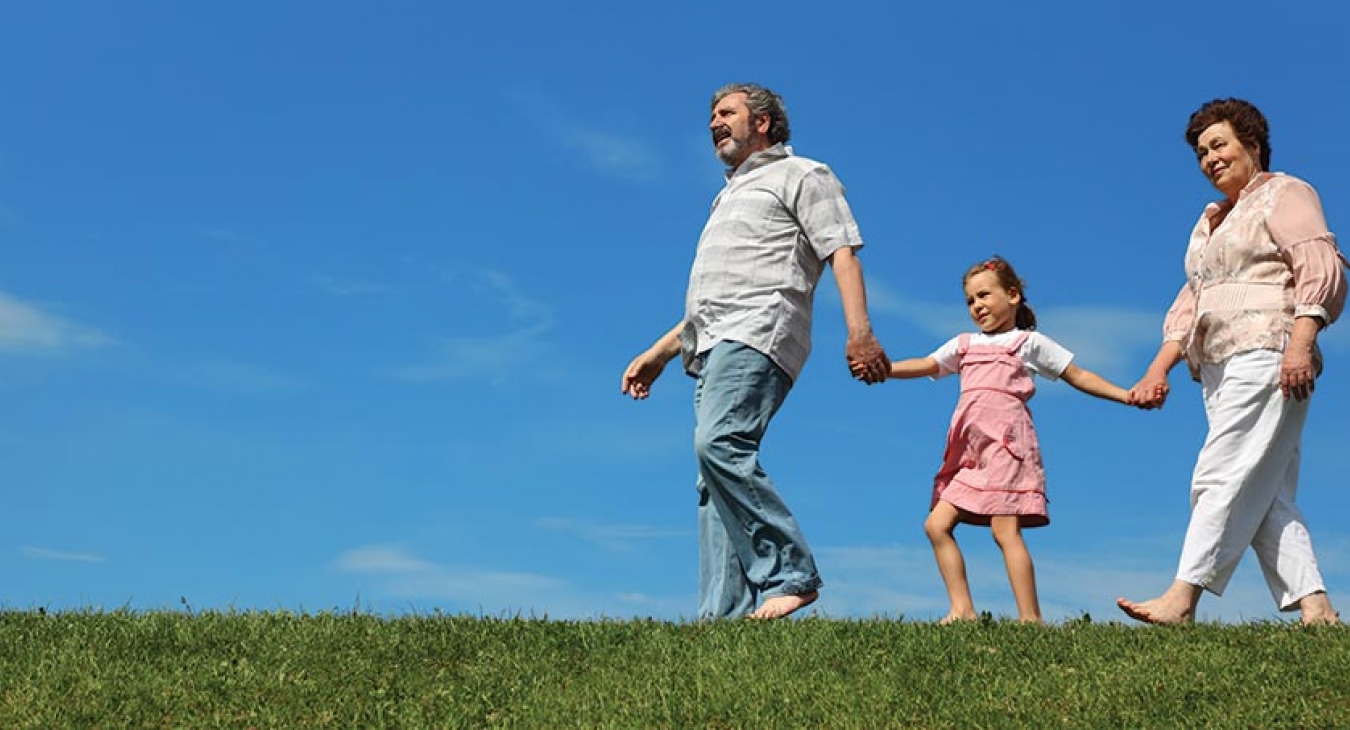 Who Has More Fun the Grandparents or the Kids?

Inter-generational Values of Play and Consequences of Play Deprivation

In observing children in my neighborhood and many other neighborhoods, one may assume that few children live there. Along almost all the sidewalks and walking, jogging, and cycling trails that I commonly see in Austin and other cities, the number one users are adults, second are adults and dogs, third are adults and baby carriages, dead last are kids. Want your kids to live healthier and longer? Want to be there for them? Try play, nutrition, exercise, sports, physical activity – get everyone moving!

In late November 2013, the most extensive study ever conducted of children’s fitness around the world was presented at the American Heart Association Conference in Dallas. This collaborative study, led by Grant Tomkinson of the University of South Australia, included 25 million children, ages 9-17 in 28 countries from 1964 to 2010. The results showed that children’s fitness declined worldwide during the past three decades. Fitness is poor in today’s adults and even worse for children – our most sedentary young generation in history. We are neglecting, blocking, and substituting sedentary activity for children’s free play and activity time in school, neighborhood, and home. The consequences are profound.

Early play is the birthplace of imagination and creativity, but play is not just important for kids anymore. Health, fitness, and well-being during so-called retirement are dependent on similar variables as for the very young. An emerging movement to save children from such maladies as obesity, test-driven schooling, real and imagined predators, abuse of technology, junk food, and loss of free, spontaneous play has expanded in very recent years. International scholars across the behavioral sciences, medicine, and neuroscience are improving and expanding the quality and scope of research on play, extending play science beyond short-term single studies into international collaboration - cohort studies, pooled studies, meta-analysis, crowdsourcing, and evidence-driven issues about the value of play and the consequences of not playing. Such research, including interrelated issues of free play, exercise, physical activity, sports, neuroscience, play environments, and recreation, is spreading around the world with growing collaboration between universities, research centers, corporations, foundations, and governments. This paper briefly addresses a few such studies about the values of intergenerational play and the consequences of not playing.

Obesity and fitness are visible and commonly used markers for determining the positive effects of play and the negative effects of not playing on overall health and well-being across generations. Obesity is classified as an epidemic, causing more than 15 percent of preventable deaths in the U.S. - more than toxins, alcohol, gun-related deaths, drug abuse, and STDs (sexually transmitted diseases) combined. About one in five children and one in three American adults are obese; and worldwide 200 million men and 300 million women are obese, doubling since 1980 (World Health Organization, 2011). The U.S. has the highest rate of obesity in the developed world, tripling in the past 30 years. Obesity is symptomatic of a growing health crisis. Poverty, cheap food, and lack of exercise are identified as chief causes, and food deserts pockmark the globe. (Centers for Disease Control and Prevention, 2011). The consequences are quick and cumulative. 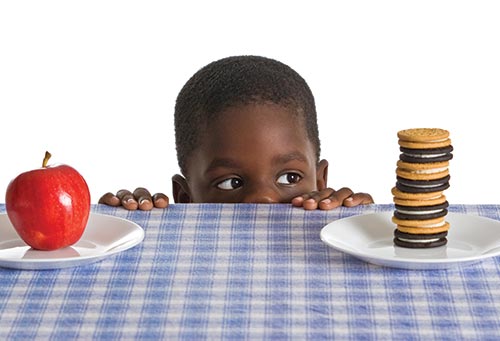 Obesity, poverty, and poor fitness go hand in hand. In 2008-2009, only 30 percent of third-grade children passed the Cooper Fitness Test administered to 2.5 million Texas public school children, and scores declined in every successive grade level. Only 9 percent of boys and 21 percent of twelfth-grade girls passed. The highest scores were in upper-income area schools and the lowest in lower income schools (T.E.A., 2010). Play is essential for health, fitness, and well-being for people across all generations. Recently, the rapidly growing consequences of climate change, not addressed here, are jeopardizing outdoor play and play environments and overall quality of life and will be increasingly addressed by play scholars.

Play that is beneficial to the very young and the very old is active, social, and creative, engaging the body in fine and gross motor development, and the mind in negotiation, problem-solving, imagination, and creativity. For children, this requires natural and built play environments they can adapt to the developmental forms of play they naturally select – exploration, construction, exercise, pretense, social, rough and tumble, organized games. Free, spontaneous play builds brains and bodies in a crescendo of thinking and doing – a kind of “synaptic symphony.” The values begin early as infants learn embryonic principles of creating play places and materials, adapting to existing challenges, practicing new skills, developing flexibility and creativity in mastering problems, reveling in aesthetic delights and physical accomplishments – a mere sampling of the values that may follow.

The National Institute on Aging confirms that only 30% of people ages 45-60 engage in regular physical activity and that drops to 25% for those 65-74. Exercise is linked to beneficial effects for arthritis, falls and fractures, heart disease, lung disease, cancer, diabetes obesity, and performing daily tasks. All of these conditions threaten older adults’ ability to function independently and handle tasks of daily living, the most important health outcomes for most older people. (Williamson & Pahor, 2010). But a decades-long study of more than 7,000 men and women ages 45-70 shows that even dementia can be delayed by regular physical activity and sensible diets. Both the heart and the brain are affected. Play, brain, and body are inextricably related. Play builds the prefrontal cortex that controls judgment, reasoning, and other abilities commonly called executive functioning – play changes brains and extends the lifespan.

A mega-study of more than 400,000 elderly men and women found that those who engaged in 15 minutes a day of physical activity had 14% reduction in mortality and a three year longer life expectancy. (Wen, et al, 2011). Further, pooled analysis of nine studies involving more than 34,000 subjects age 65 or older by ten researchers from universities and health institutes in four countries over a period of 6-21 years found that survival and remaining life for each age increased as gait speed increased (Studenski, et al, 2011). Play has an important partner - nutrition - for preventing disease, improving health, and extending longevity.

Americans are playing less and eating more. Excessive consumption of calories contributes to obesity and results in health problems including heart disease, hypertension, and some common cancers. Children should be taught early to read the labels and understand what they are eating. Exercise helps prevent and benefits people with arthritis, heart disease, diabetes, high blood pressure, balance problems, and walking. Physical activity and nutrition are common denominators for promoting health, fitness, and well-being, but they are rivaled by cyber play and sedentary activity 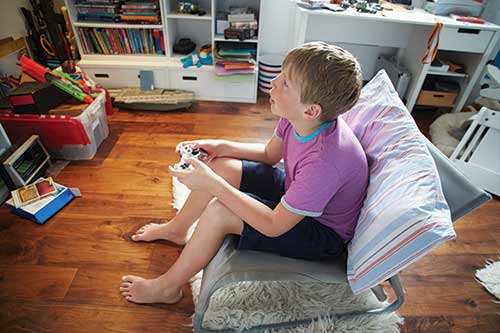 Cyber Play and its Effects

The positive developmental benefits of play and good nutrition are deeply affected by excessive, poorly chosen cyber play and sedentary activity. Overall 8- to 18-year-olds spend an average of 7 ½ hours a day in screen time (Kaiser Foundation, 2010) and the negative effects on child development are beginning earlier and expanding over time. Technology can be good for cognitive development if used wisely, but if not used in a judicious fashion, the brain can be shaped negatively, contributing to problems of concentration and shallow thinking. Excessive multitasking has costs, both in performance and time, degrading the quality of learning and memory loss for the elderly. The brain can be rewired through abuse or overuse of technology, and excessive screen time is linked to obesity. The consequences begin early and thicken over time. The guarded conclusion is that screen time is associated with loss of life comparable to major chronic disease risk factors such as physical inactivity and obesity (Veerman, et al, 2011). Compared with those who watch no TV, those who spend 6 hours a day can expect to live 4.8 years less. So what should adults do for their children and for themselves?

Clearly, better education for people of all ages is essential. Fewer than 40 percent of the public can identify the components of ideal cardiovascular health, including health behaviors (not smoking, regular exercise, and healthy diet) and health factors (ideal body mass index, cholesterol, blood pressure, and blood glucose); and those with less education and lower socioeconomic status are less able to identify these components than those with more education.

Adults must be the arbiters for ensuring time and places for play. We need parents who monitor screen time and set aside time every day for outdoor play; school leaders who understand that children need challenging, integrated built and natural playgrounds in every school, and physical education and recess every day; city leaders who understand that an intergenerational, accessible playground is needed in every neighborhood; and trained play-leaders or play-workers in every park. It is balance we need. Get active for yourself and for kids!

Children at home, in their neighborhood, or at school, and even people in their 60s and 70s can get in the best physical condition of their lives. Play and nutrition are the keys, but call it what you will. Exercise, working (yes, work can have playful qualities), physical activity, sports, recreation — play matters. We can do it in all those places children have always selected for their natural and built playgrounds - backyards, vacant fields, hills, camps, creeks, nature areas, gardens, playgrounds, and playing fields. Play can also happen in gymnasiums and even hotel rooms. Given freedom, encouragement, and dedicated grounds for play, children will reinvent, create, and expand their historic self-selected play themes and environments. Consider the potential values of dancing, skate parks, activity stations along hiking trails, Parkour, senior Olympics, and outdoor family play in camps, parks, and wilderness areas. Regular walking and swimming are great choices for most people. 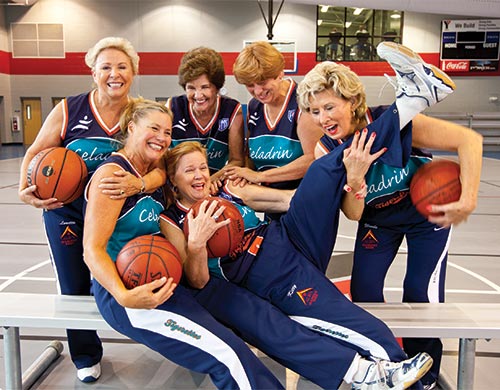 British author George Trevelyan wrote a century ago about the benefits of walking, stating he had two doctors, his left leg, and his right leg. We must start making time for break time, whether sitting in one of America’s failing “high stakes testing” classrooms, engaged in cyber play, or working in adult work venues. Daily play, coupled with physical education and good nutrition is the cheapest, and perhaps most reliable, preventive medicine for a host of maladies from obesity to heart disease and depression to dementia across the lifespan. Want active evidence? Google Louisiana Tigerettes and see a fit basketball team of women in their 60s and 70s traveling the country, winning gold medals, national titles, world championships, and demonstrating the values of healthy lifestyles and play.