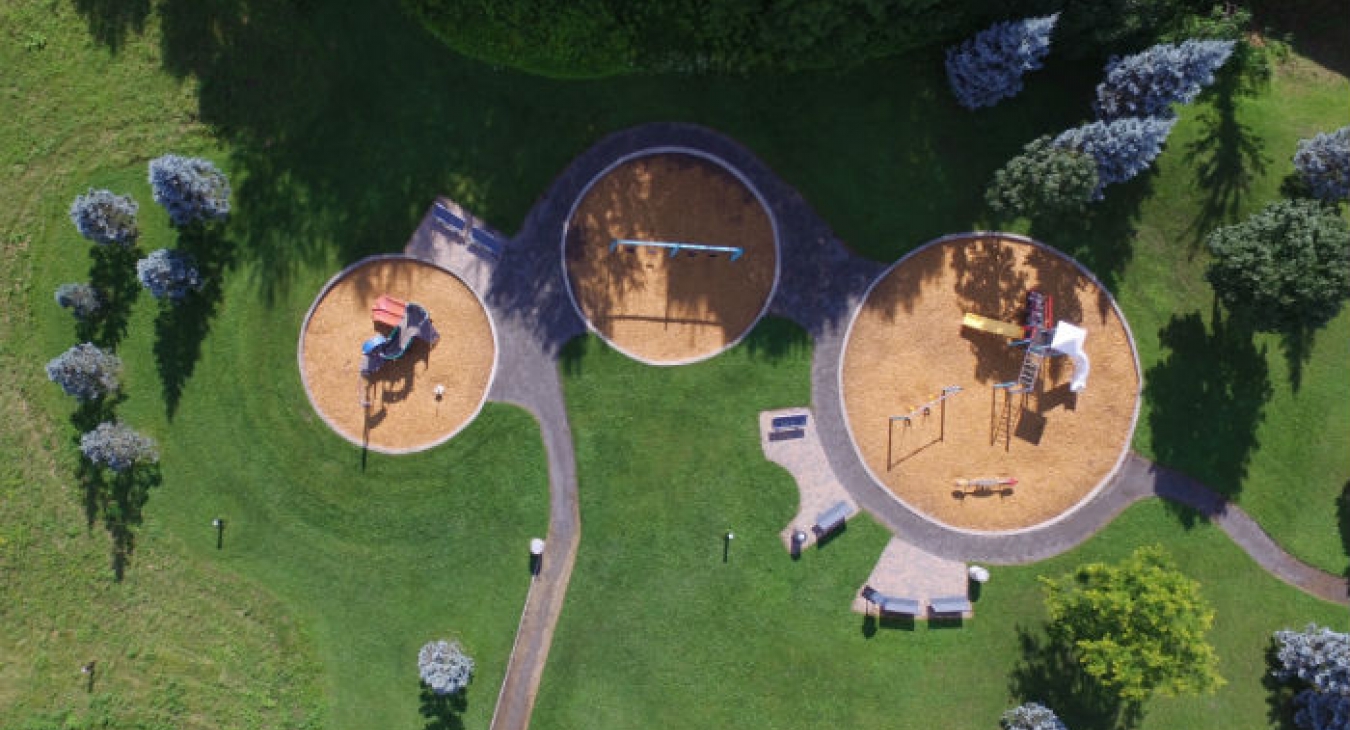 If you live in a major city or you’ve visited one recently, you might’ve noticed a marked change in the population compared to what you saw 10 or 20 years ago. If you were paying attention, you probably saw fewer kids running around the streets as their parents attempt to wrangle them. You’re not the only person who’s noticed this change. Experts have been carefully observing the shift in the urban population as fewer and fewer families chose to put down roots in cities.

So, what’s the story behind it, and how can metropolises attract a younger, family-oriented crowd? Many cities have begun to construct innovative playgrounds to bring clans back from the ‘burbs. Keep reading to learn more about the process.

A Dwindling Population of Urban Children

The size of the contemporary family continues to grow smaller and smaller. Consider that, in 1990, 26% of the U.S. population was younger than 18. In the nearly three decades since, that figure has decreased steadily with each passing year. And although cities haven’t necessarily seen such a dramatic change, it’s still hitting them — most major cities have an under-18 crowd that’s less than one-sixth of the overall population.

And yet, cities themselves aren’t shrinking. To the contrary, their populations are burgeoning. While it may be too expensive for most families to afford a three-bedroom apartment and private school, folks in the 24- to 35-year age range have no trouble making ends meet in the city. This has resulted in growing urban populations with an increasingly smaller proportion of children to adults.

The Fight Against “Child-Free Zones”

One expert in urban living raised this question about what he calls “child-free zones”: “If we’re as committed to diversity as we like to say, shouldn’t that include children?” Many of his colleagues seem to agree. To create a healthy and balanced urban culture, children must be part of the equation. That’s why many highly populated cities have taken the first step to invite families back in by building more playgrounds.

A Push Toward All-Abilities Play

In a world where children are far more likely to switch on their tablet after school than to head outside, playgrounds serve an essential role in keeping kids active. One of the perks of an ever-evolving understanding of children is that professionals now understand how crucial it is to create playgrounds that accommodate everyone, including kids with disabilities. In fact, all public playgrounds are now required to adhere to the 2010 Standards for Accessible Design.

Room for Innovation and Creativity

With this increase in concern for children of all abilities, playground designers have begun to think outside the box. Long gone are the days when a playground was simply a set of swings and a slide. Now, you’re just as likely to find life-sized building blocks at the playground. More specifically, kids play with life-sized blocks at Imagination Playground in NYC. It’s just one of a new class of cutting-edge urban playgrounds around the country.

Adventure Playground in Berkeley, California invites kids to be builders. They can change up the structures at this playground using hammers, paint, and their imagination. Farther up the West Coast in Portland, Harper’s Playground inspires smiles in kids of all abilities with a large, flat swing that anyone can enjoy and colorful musical instruments.

Catering to Youngsters Beyond the Playground

Building more playgrounds is a great step in enticing families to return to their urban roots — or leave the country for the first time — but it’s not the final step. To keep families in the city, many urban planners are starting to think outside the box. They’re creating other types of family-friendly spaces, like untamed green spaces where kids play in nature without ever leaving the city’s limits.

Other cities have started to incorporate special events geared specifically toward kids and families, like days when traffic is blocked off on a significant stretch of city streets. This allows kids to ride their bike or scooter without the threat of oncoming traffic. Communities are adding playful trails. These new and innovative ideas may be the key to bringing families back into the cities and ensuring that their kids are active, happy and healthy as urbanites.

With so much research coming out on a regular basis about the health of our children, city planners and playground designers have more info than ever at their fingertips. They’re using it to create outdoor play spaces that engage the imagination of little ones and allow them to play in a way that’s both active and natural. If these innovators continue to pioneer fresh ideas, you might be seeing a return to the family-friendly cities of days past in the next decade or two.