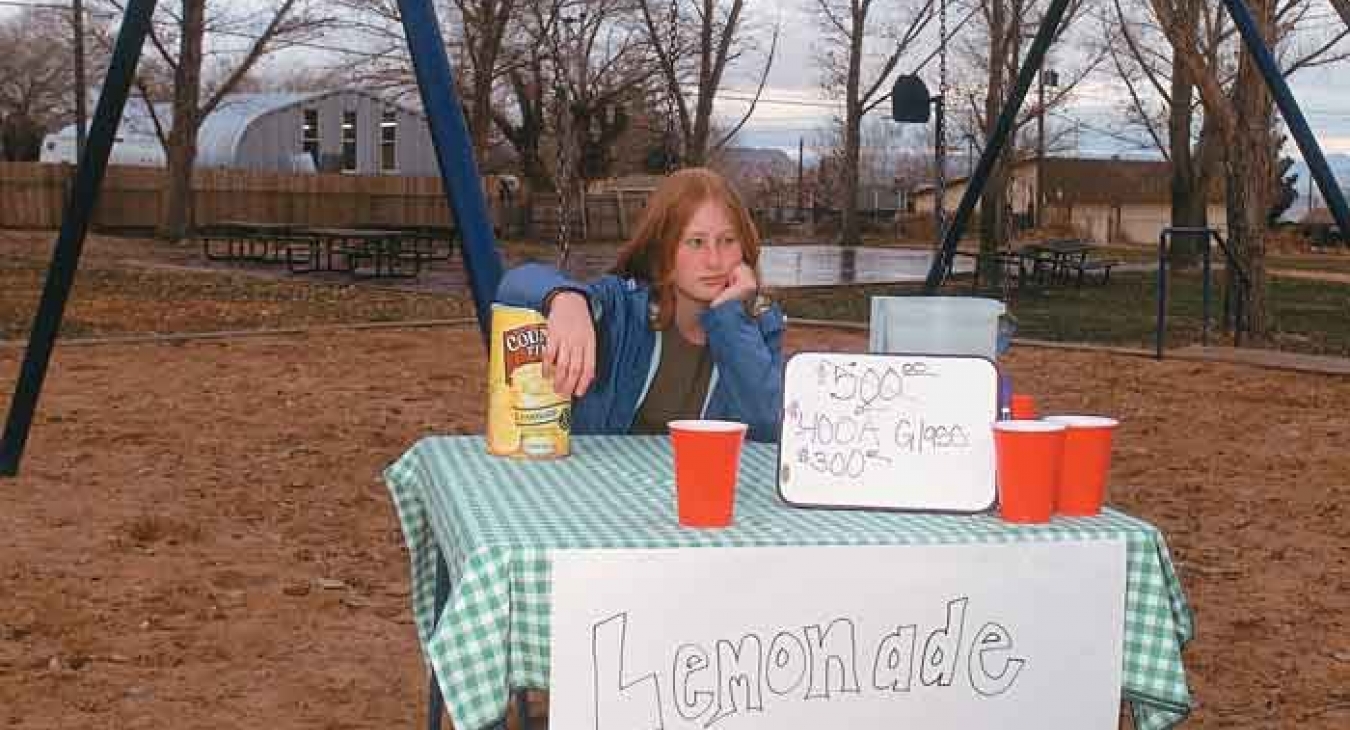 Color Your Efforts With Variety and Organization

You decide to take your children to the nearby playground for a picnic and a great family outing. After finding everyone’s shoes and packing the extra napkins to catch the spills that are likely to occur, you set out with a picnic basket and excited children chattering behind you. When you reach your destination, you stop and stare in dismay. It’s not because the spot you have envisioned has been nabbed nor is it because you see a rain cloud quickly approaching to darken the afternoon. Rather it’s the condition of the playground that your children are currently racing toward. Trying to remember the last time you have been here, you survey the peeling and warping of some of the slides and bars and wonder how your children are expected to be safe when using equipment in this condition.

Charity organizations, schools, and other social groups may find themselves wanting to raise money for a new playground, but not knowing where to start. All that is needed is a little information and some great ideas to push out the worries and concerns about fundraising. Here are some steps clarifying what can be done to raise the much-needed funds and better the play experience for children in your community.

You need to know what you are doing. Meet with the committee in charge of raising the funds and figure out your objective by deciding exactly what you are raising money for, how much money it will take (call around to different playground builders), what volunteer base you have available and how long you want your fundraising campaign to go for.

Time is especially important to consider because it might make all the difference of who would want to contribute to the cause.

PTOtoday.com has an article called ”A Fundraising Dilemma“ about a PTA group that decided to raise money for a new playground for their school. When deciding how long the fundraising campaign should go, they realized that at their current rate, it would take four years to make enough money to have the playground. With that plan, all of the third through the sixth graders would be in the other schools and would not get to enjoy the new playground. Why would parents want to raise money for something their children would not get to enjoy? So the group decided to go with a one-year plan to make it so only the sixth graders missed out on the new equipment and the community wouldn’t tire of raising funds for the playground. 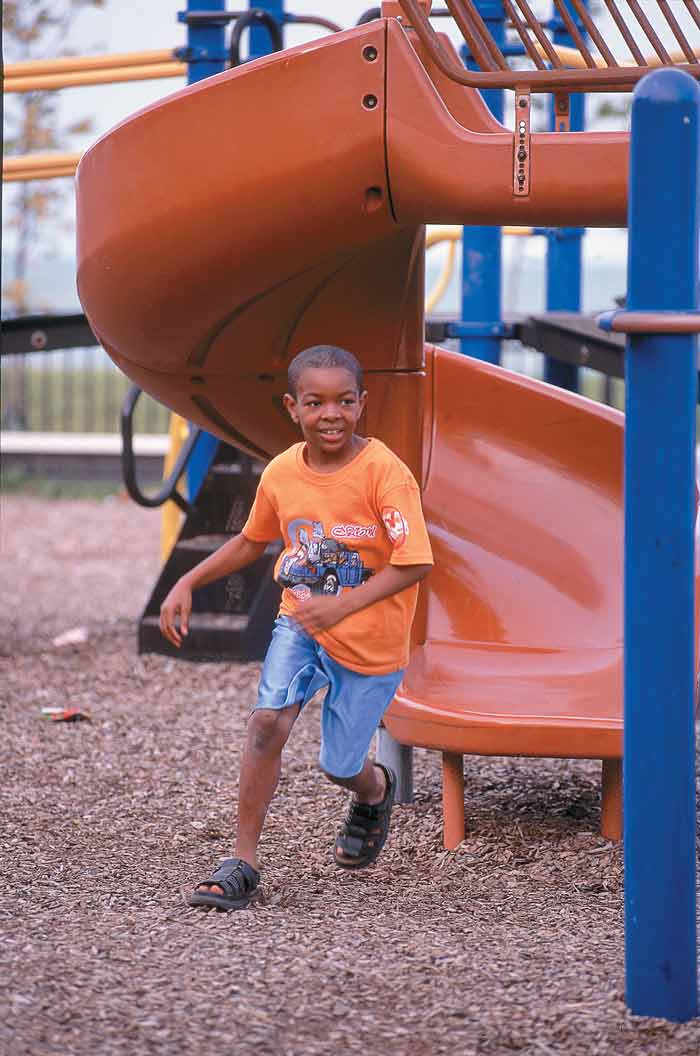 Check out the local civic foundations for funds–Junior League, Jaycees, Kiwanis, and Lions. Local businesses are also a good source to contact. The National Program for Playground Safety (NPPS) suggests that organizations also look into the local government for possible grants that may help out with the money you need. The NPPS site says grants can be found by calling your local city government or you can find out information at the Federal Register, the Annual Register of Grant Support and the Catalog of Federal Domestic Assistance, all listed in your local library.

Evision.ca, a virtual resource center online, tells how some groups, like foundations, require a letter of interest or intent from those who are seeking funds from them. A letter of intent is a brief document that tells the business or foundation that you wish to submit a proposal, what the product is that you wish them to fund and shows them why it is in their interest to help the project. If a foundation wants a proposal, a few suggestions about how to write the letter and other information that should be included with it can be found at http://envision.ca/templates/resources.asp.

Finally, the group needs to think about all of the community members that the plan affects and how to get them involved. 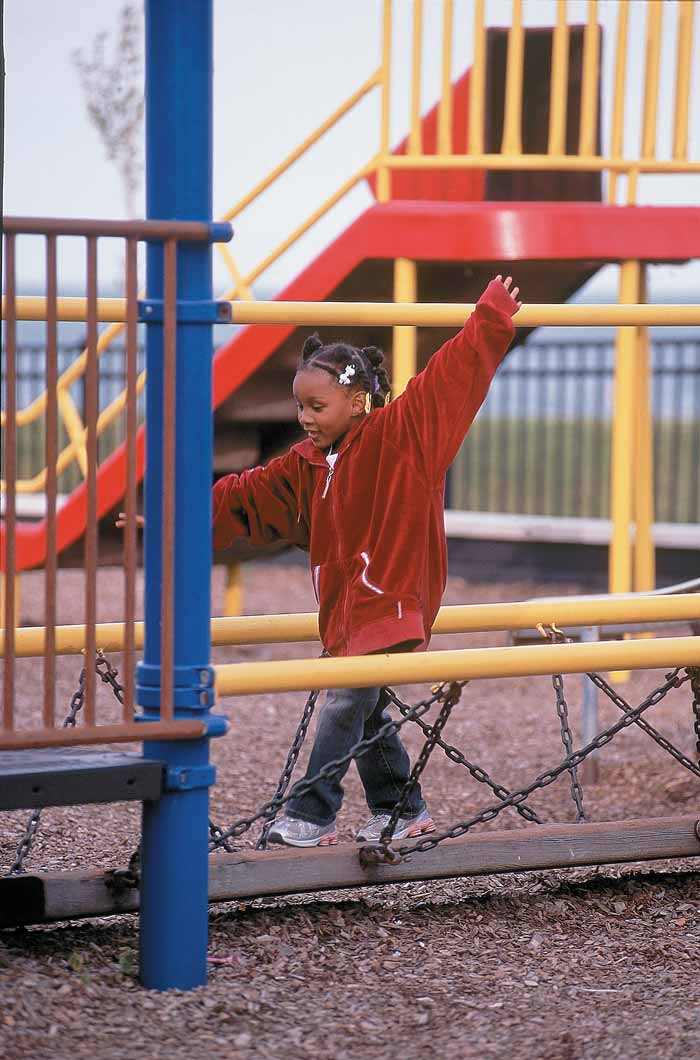 “There are several types of fundraisers out there. [Organizations and schools] need to find out what is best for their community,” Heather Olsen, project coordinator for NPPS, says.

So you need to figure out what community members will be willing to pay for to help the cause.

According to the PTA group cited above, their members looked at the needs of the community to figure out some of the fundraising ideas that would be most effective. For example, the students of their school took orders for Krispy Kreme doughnuts that were distributed after school or on Saturday mornings. This was a good idea because it was difficult for their community to get those types of doughnuts. The closest Krispy Kreme was 45 miles away, so one person would go and pick them up for each fresh delivery. These were also popular with the church groups who could use the delivered doughnuts for their Sunday coffee hours.

Be willing to accept in-kind support. This means donations from businesses of extra materials and help with spreading the word about your fundraiser. Olsen says businesses are more likely to donate parts of the playground like some part of the structure instead of money. She also suggests that organizations try using the matching gift program where businesses agree to match at least part of the amount of money raised.

Choices for fundraisers are endless. Olsen says you have to be creative when trying to get the community involved. One idea the PTA group came up with was doing a silent auction for gift baskets. The baskets, made by the teachers and their students, all had fun and inventive themes. Families and businesses donated the items for the baskets and some of the most popular baskets were the big toy chest with the children’s handprints and a ‘dress-up’ basket. Other selections included reading, games and pampering baskets. 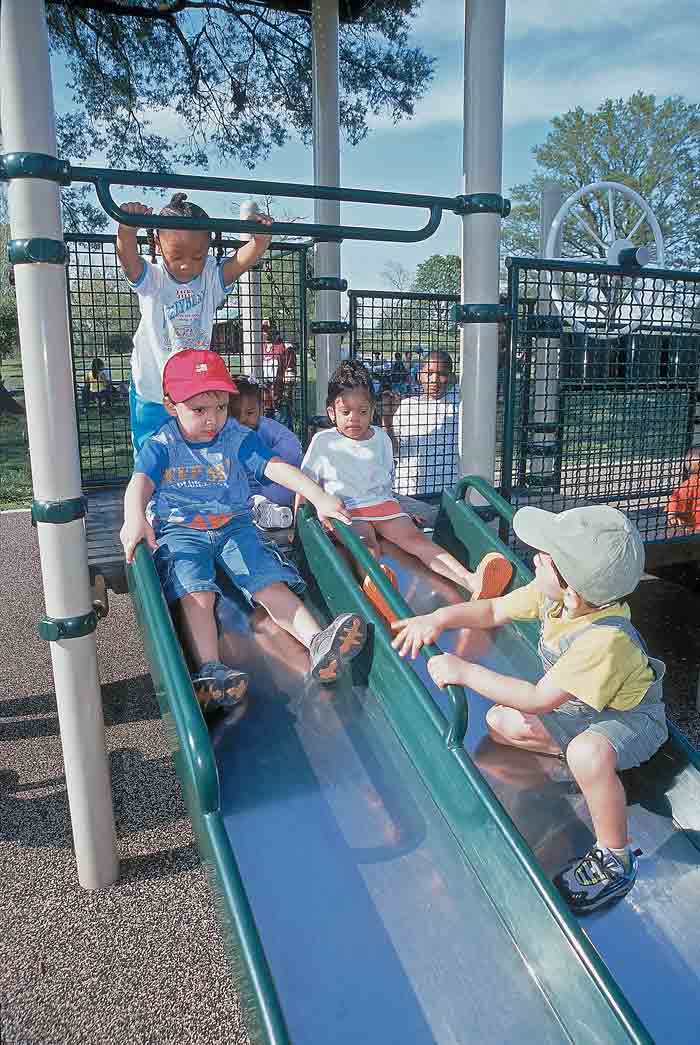