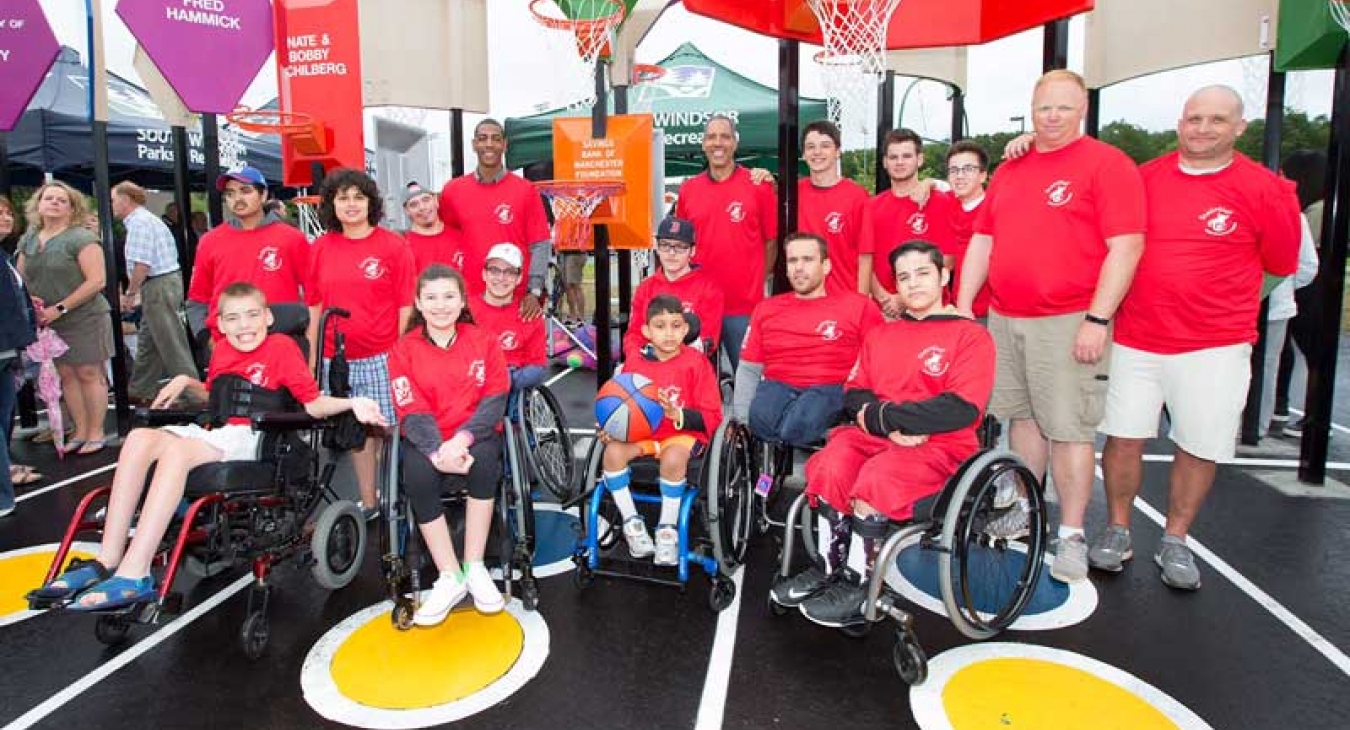 Hartford, Conn. (June 16, 2017)—Coach Kevin Ollie wants to give every child a shot, regardless of their abilities. 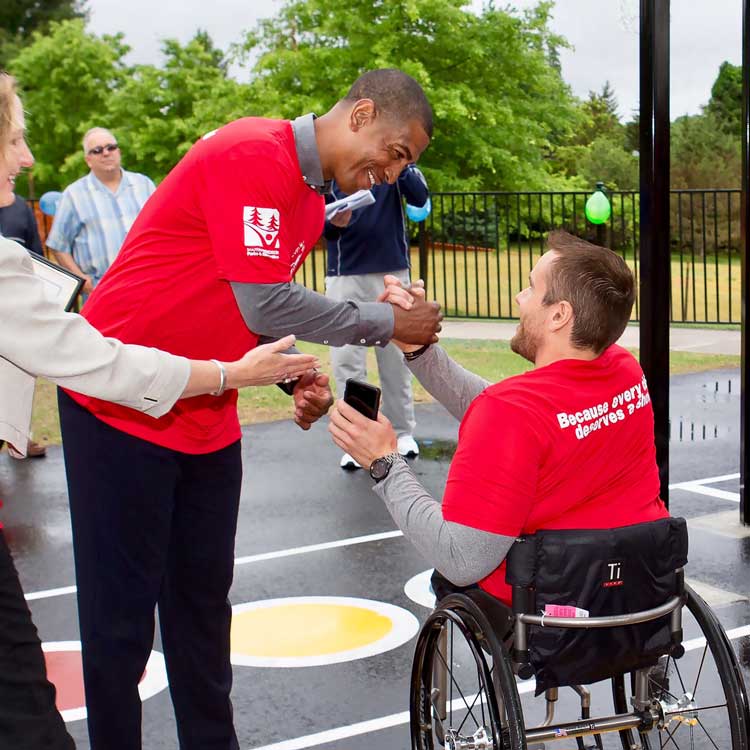 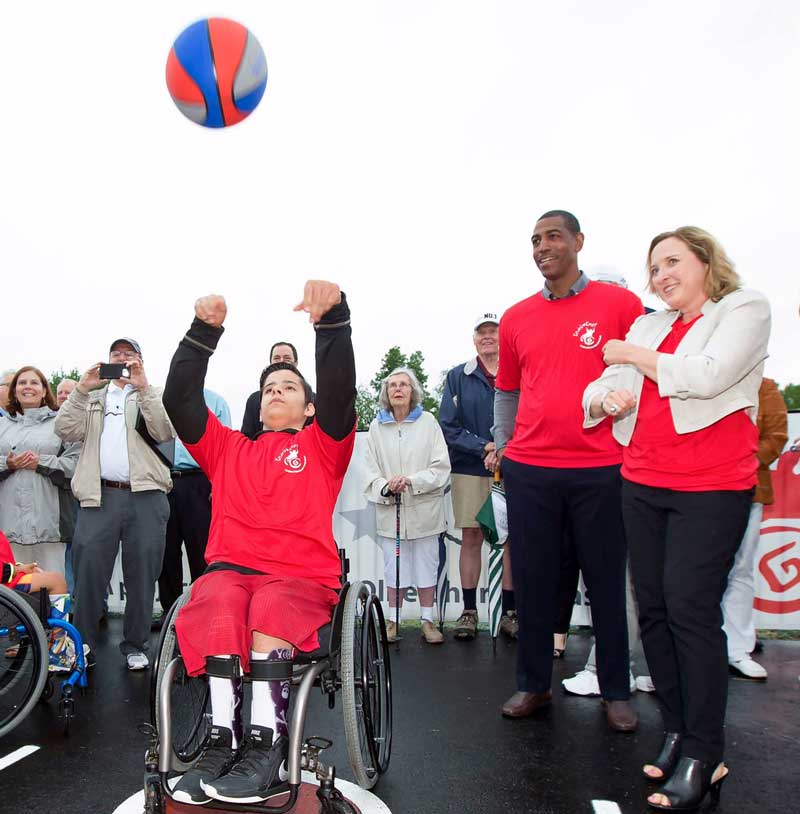 “’Kevin’s Kourt is more than building a court. It’s about creating inclusive support programs because every child deserves a shot,” Ollie said. “So as part of this commitment we’ve teamed up with the Ryan Martin Foundation to host series of “adaptive sports” clinics at all our Kevin’s Kourts.”

“‘Kevin’s Kourt celebrates inclusivity and the power of sports to unite people with differences,” Martin said. “’Every athlete has the right play and compete together despite perceived limitations. That is what ‘Kevin’s Kourt’ is all about.”

About Ryan Martin Foundation (RMF):  Founded by Ryan Martin, RMF, a 501 c3 Foundation, is much more than basketball. RMF offers four programs that prepare athletes with disabilities to succeed in life on and off the court. RMF programs include Wheelchair Basketball Junior Program (year round program with Hospital For Special Care, Wheelchair Basketball Youth Camp (which is held in Philadelphia, PA, Windsor, CT, Clark, NJ, Marshall, MN and Madrid, Spain; Basketball Camp for Wounded, Active Soldiers—RMF is developing basketball camps with the U.S. Army for soldiers living with new disabilities

About Bankshot: Founded on the belief that sports and play structures should be open to all, the Bankshot™ game was invented by Rabbi Reeve Brenner as the first Total-Mix, non-exclusionary game that wheelchair athletes and the able-bodied can play together with neither at a disadvantage. The inspiration for the game came from a cousin who, as a wheelchair athlete, is now able to participate with the rest of the community.