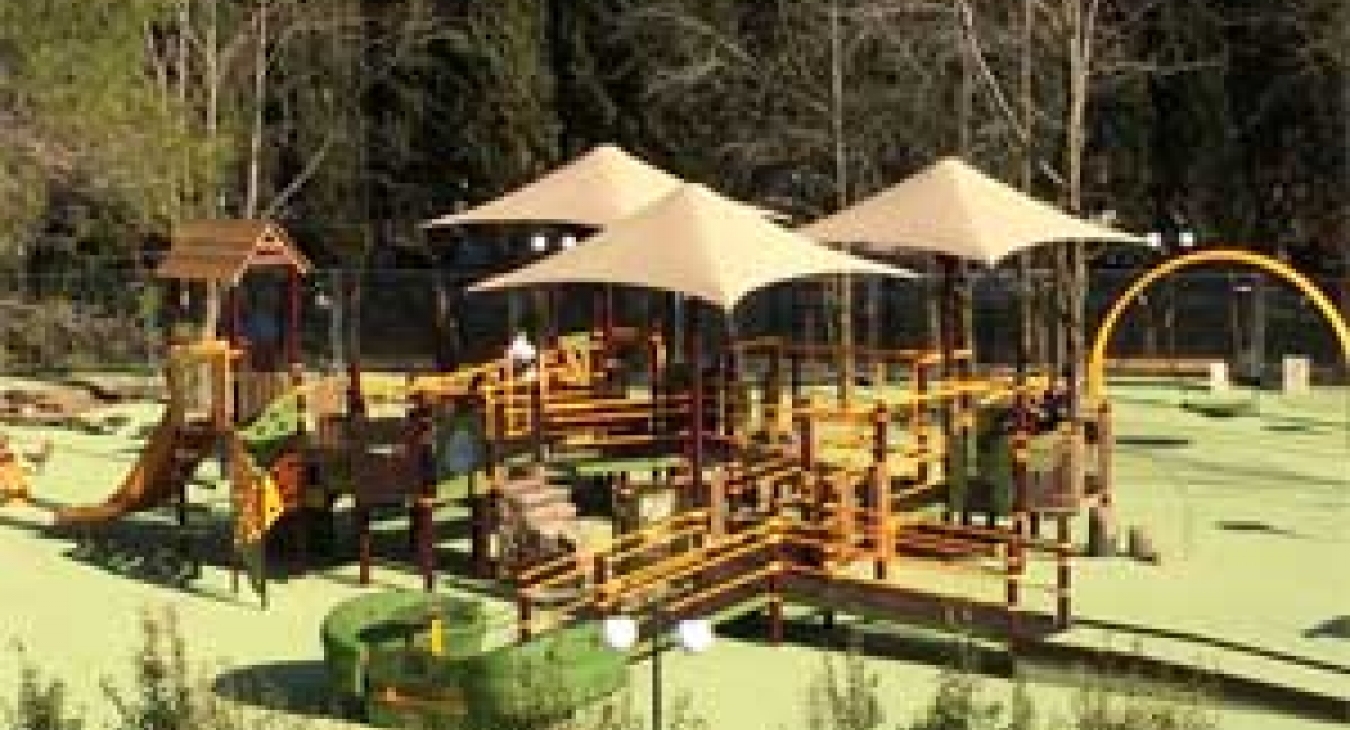 I love the Olympics. I love watching sports that I never see except four times a year. You get to learn a new language every time. Who knew before the games started what “Cab Double Cork 1260 with a Holy Crail grab and a Back 1620 Japan Air” meant? (They are the jumps that Sage Kotsenburg did to win the first medal of the games)I also like all of the rituals and traditions that make up the games.

Here are my four favorite stories of the games so far:

Ever since the Atlanta games, organizers have left a gift behind for the children of the host city—a playground. Not any playground, but a playground where all children can play regardless of their ability. At the Vancouver games, they actually built three inclusive playgrounds. On February 10, 2014, McDonalds and IOC President, Thomas Bach,officially opened the first inclusive playground in Sochi. The playground was designed by Shane’s Inspirationwith equipment from Landscape Structures.

Meet Alex Bilodeau. He is now a two-time Gold Medal winner in the men’s moguls competition. But what makes his story special is his older brother, Frederic. Frederic has Cerebral Palsy and has become Alex’s inspiration.

Alex said in a recent interview, “The motivation that he has, if he had had the chances like I did, we would have been four time Olympic champion. He’s a great inspiration, a great person” He goes on to say, “Every little thing in life is hard for him, whether it’s going from his seat to go and see me here, walking in the snow, it takes so much energy, it’s very hard. I always complain, and he has every reason in the world to complain and he never does. And why is that? He enjoys life, he takes the best out of it.”

Just as in the Vancouver games, the first hug the winner goes for is his brother. There were a few tears in my household when he did.

Alex and Frederic also work together as a team to raise awareness and money for cerebral palsy research. NBC reported that they have raised over $70,000 together.

Amy Purdy will be competing in a few weeks in the Sochi 2014 Paralympic Winter Games. Amy started her love affair with snowboarding at 15. But then she lost both of her legs due to meningitis.

"I always say snowboarding saved my life," she told The Huffington Postin an interview. "It gave me a reason to focus on the future, it gave me something to be passionate about."

Amy will be representing Team USA in adaptive snowboarding, also known as para-snowboarding. It will be the first time the sport is included in the Paralympicsand we have Purdy and her colleague, Daniel Gale to thank for that.

They founded Adaptive Action Sportsin 2005 to help create opportunities for individuals with physical disabilities to get involved in skateboarding and snowboarding and other action sports. AAS was the first organization of its kind to focus on bringing these types of sports to the disabled community.

Her story is shown as part of Team Kellogg, which is donating a breakfast to a child in need for every time someone watches the video or uses the hashtag #GreatStartsAmy

Story #4—Coverage of the Paralympics

NBC and NBCSN will provide an unprecedented level of coverage for the Paralympic Winter Games--50 hours of television coverage starting on March 7 with the Opening Ceremony.

Over 10 days, the Sochi 2014 Paralympic Winter Games will feature nearly 700 athletes with a physical disability or visual impairment from 45 countries competing in seven disciplines of five sports. The Games feature 72 medal events. Team USA will compete in each of the sports contested in Sochi with an estimated team of 77 athletes.

NBCSN will broadcast 46.5 hours of competition from Sochi while NBC will air an additional 3.5 hours of coverage. The comprehensive programming will feature Paralympic competition in alpine skiing, biathlon, cross-country skiing, sled hockey, wheelchair curling, and the new discipline of snowboard cross.

In addition to the NBC coverage, we have begun to see many different commercials featuring Paralympians. The best one by far is a 60 second ad by Team Canada that reminds us to marvel at these elite athletes.

What have been your favorite stories of these Olympics?