Anarchy on the Katie show 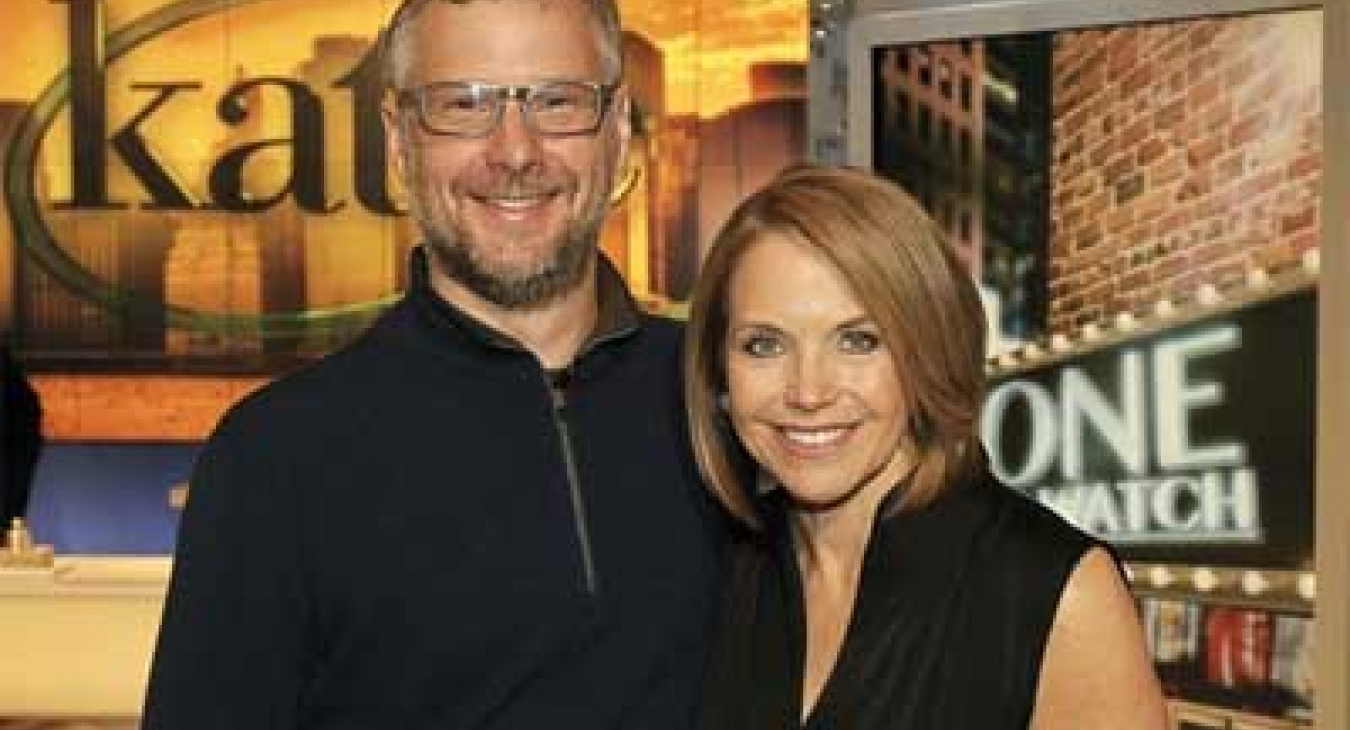 So there I was, hanging out with my 2 year old son JJ on his favorite railroad tracks down by the river. We’d been throwing rocks in the water, crossing the railroad bridge hand in hand, and gleefully running down the tracks hollering for the train. Then I felt a buzz from my iPhone, checked it and it said, “Hi, my name is _______ and I am a producer for the Katie Couric show and I’d like to talk to you about being a guest for an upcoming show.” Huh?! It turned out not to be a friend pranking me but indeed a producer for the Katie show.

They had been inspired by the recent cover story in The Atlantic, “The Overprotected Kid” and wanted to do a segment about this subject. (Have you read it? you really should. Go ahead. You can stop reading my post and check it out. I don’t mind) The article talks about many things we in the playground world care deeply about — from playgrounds being dulled down through standardized safety regulations (with most injury rates not actually going down), to the insanity of cutting school recess, to the myriad of reasons parents are petrified to let their kids go out and play, to all the thoughts and comparisons of the kinds and ranges of play we might have experienced as kids compared to “kids today.” This is all stuff we’ve been talking about for years, but this article was a new eye-opener and call to action because it also remarked that all this protectiveness and the “safety at all costs”  philosophy is not only not working, but in fact has awful costs and consequences. Ouch.

And would you believe what the article points to as a remedy to the overprotectedness of kids’ lives today? You guessed it: the rootsyness of Adventure Playgrounds! The author visited a now famous one in Wales called The Land. Have you seen pictures? It is pretty dang ugly. The first adventure playgrounds in Denmark in the 1940s were called “Junk Playgrounds” and that name certainly fits The Land. A rugged lot with trees, mud, a small creek flowing through. Then storage sheds and junk, junk, junk. Old couches, mannequins, laundry baskets, tunnels, bits of anything you could imagine. And it looks just plain ugly...until you see the kids playing on it. And then, like all adventure playgrounds, it becomes amazingly beautiful. Kids freely playing, directing their own play, accessing and assessing their own risks, making mistakes, having triumphs, being kids and living a kid culture. Really, doing all the things you and your friends probably did when you were a kid.

The article ends touting adventure playgrounds but like so many discussions on European adventure playgrounds it too asks “but could it happen in the USA?” American filmmaker Erin Davis is currently in production on a documentary about The Land called The Land. When asked if it can happen in the USA, Erin says of course...and it’s already happening!

And that’s how Katie Couric found out about my adventure playground work with The Anarchy Zone at the Ithaca Children’s Garden. Erin pointed them to us as an example of a successful new American adventure playground, and after a long Q&A with a producer, before I knew it, there I was — along with an Ithacan mom they selected to talk about how she appreciates her son playing at the Anarchy Zone — on a plane, then in a limo, then in a fancy hotel in NYC trying to get a good night’s sleep before we were set to shoot early the next morning. I won’t go into detail about the green room and makeup and nervous producers and nervous us and getting wired up then getting ushered through hallways and elevators and back rooms and back stage to finally getting to our places and waiting for Katie and the show to begin.

There was an earlier heyday of adventure playgrounds in the USA back, oh, in the 1970s. But were they highlighted and talked about on the Merv Griffith show? Did Phil Donahue show images of kids sawing cardboard and playing with fire and climbing trees? I don’t remember seeing that. But it’s happening now. It’s so amazing! National debate about this is good. There needs to be a change. Children need to play. We need to do everything we can to help make that happen.

So then it was my turn. Katie turns to me and asks the questions. Like a deer in the headlights I do my best — talk about the Anarchy Zone and the amazing things that kids do there, answer the difficult question of why adventure playgrounds haven’t been as accepted in the US as they have been in Europe by gracefully saying essentially that the time is NOW, then my segment ends with me offering Americans suggestions of what they can do at home to promote more adventurous play. (“Give them shovels and let them dig holes in the back yard!”) Boom, done, over, and we’re rushed to the side of the stage for photos with Katie, ushered back stage to get the microphones off, then dumped back into the green room to collapse on a cushy couch.

My goodness. An exciting experience to go through, an exciting opportunity to be a part of. But what is most exciting to me is that the play pendulum is finally swinging back to reality. The country, no, the world is talking about the mistake of overprotecting our children and we’re now collectively, collaboratively reaching for the answers to fix it. I’m on board. I feel the tide changing. Can you?

Well done, Rusty, and thanks

Well done, Rusty, and thanks for the German AP/City Farms film which is quite brilliant and brings back happy memories of our own two visits to Berlin to see for ourselves.