Getting the Dirt on Play 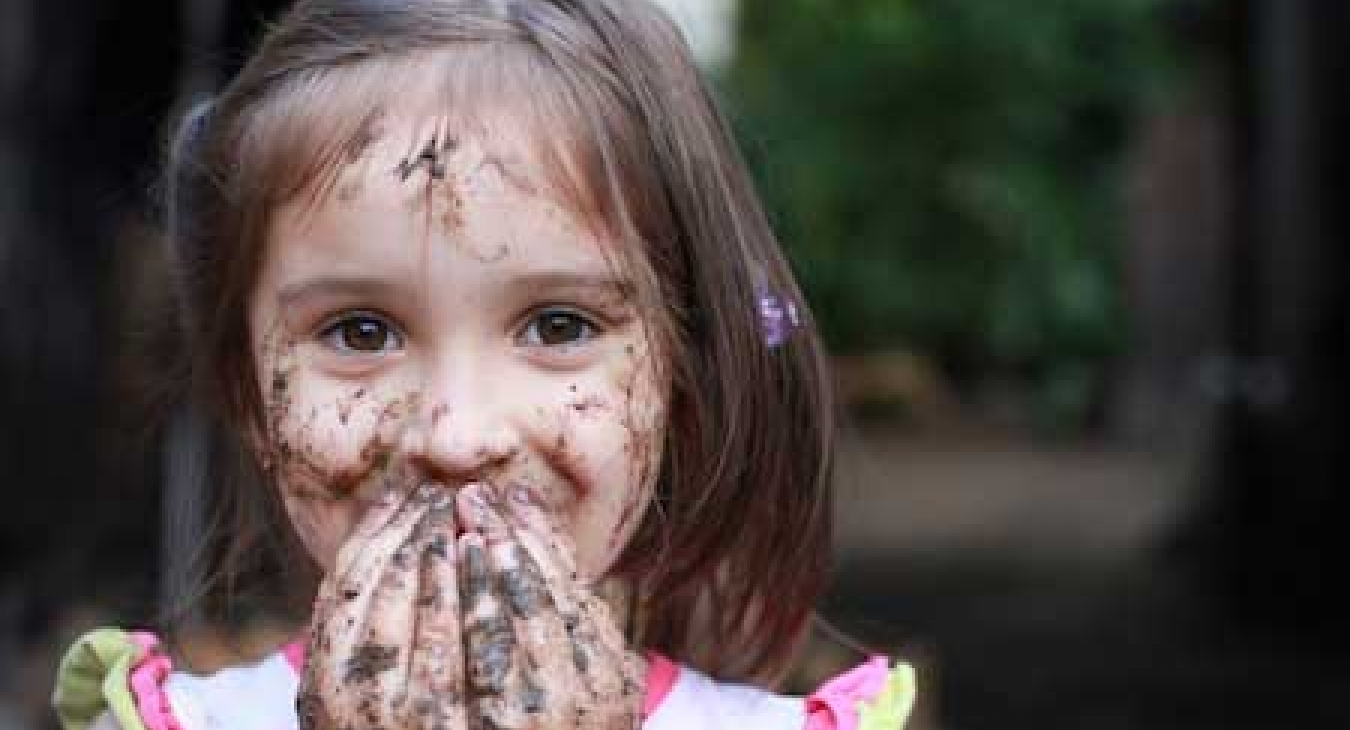 “Let your child be a child. Dirt is good. If your child isn’t coming in dirty every day, they’re not doing their job. They’re not building their immunological army.”  Dr. Mary Ruebush, immunologist and author of Why Dirt is Good: 5 Ways to Make Germs Your Friends

This post may make you feel really yucky but bear with me, it’s important.

Over the past few decades, there has been a growing body of research that points to the role of the bacteria in our gut to our health. Most of us carry around about five pounds “of not us” stuff, something like 100 trillion little beasties, mostly in the lower G. I. tract. Without them, we could not metabolize what we eat.

We are beginning to understand that establishing this diverse community of mostly bacteria and keeping it balanced is essential to health. For one thing, when they are functioning optimally, they crowd out bad bacteria that can trigger disease. The first major breakthrough in this area was in 1982 when it was discovered that ulcers are not caused by stress or diet but by the bacteria Helicobacter pylori.

Poor intestinal health has subsequently been implicated in obesity, autoimmune diseases such as MS and lupus, Parkinson’s, acne, cancer, asthma, ADHD, and diabetes. The most recent research is finding connections with behavior and moods as well as a strong implication for autism.

This is serious stuff. One of the reactions to this flood of new research is to review the use of antibiotics, painkillers, and other medications, which have been shown to damage the microbiome. Currently, there are also major studies looking at the impact of genetically modified foods, as tests performed on mice seem to indicate a problem with them and gut health as well.

The bacteria in our guts are derived from many sources. Babies pick up their first load during birth and the type of delivery makes a big difference. They also begin to get them from physical contact with adults.

It appears that some of the most important denizens of our gut come from dirt. Mycobacterium vaccae is found in soil and stimulates serotonin production, which makes you relaxed and happier. Researchers found that “Exposure to friendly soil bacteria could improve mood by boosting the immune system just as effectively as antidepressant drugs."

In this article, Toddler temperament could be influenced by different types of gut bacteria, it is reported that researchers “found that children with the most genetically diverse types of gut bacteria more frequently exhibited behaviors related with positive mood, curiosity, sociability, and impulsivity.”

In 2010 researchers established "that mice that were fed live M. vaccae navigated the maze twice as fast and with less demonstrated anxiety behaviors as control mice." So dirt not only makes us happy, it also makes us smarter.

Of course, microbes in large doses in some dirt can be bad for us, but in small amounts, our immune systems are wonderfully designed to select the good from the bad. When the exposure is moderate, the more bacteria, viruses, and parasites our immune system is exposed to the better chance we have of warding off diseases. Research has shown that children who grow up on farms have lower allergy and asthma rates, a phenomenon attributed to their regular exposure to microorganisms present in farm soil. Another study found that infants in homes with a greater variety of bacteria were less likely to develop environmental allergies and wheezing at age 3. 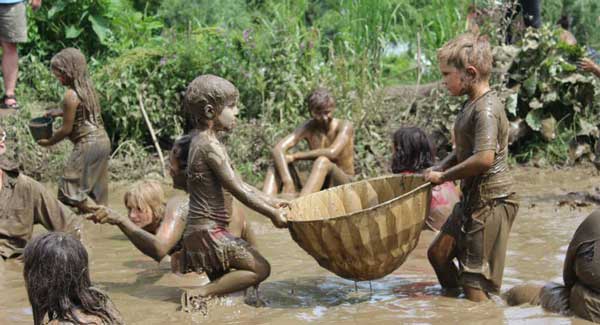 What’s Gut Health Have to do With Play?

Perhaps we should not be surprised that playing in the dirt makes us happy or that gardening elevates our mood, but few of us would go on to assume that these activities are absolutely essential to our health. It is even more unlikely that we would go even further and say that the earlier such playing with dirt occurs the better.

Of course, allowing children, especially infants, to be exposed to dirt is primarily at the discretion of parents, but as the evidence grows that the long-term health of each individual depends on the dirt that they play in, we may see a time when the essential and beneficial microbes are isolated and children are routinely inoculated at birth.

The fact that M. vaccae continues to elevate our mood throughout our lifespan suggests that our bodies continue to benefit from re-exposure to dirt. When we lived as hunter-gatherers or farmed by hand, such long-term contact with soil was no problem. In today’s highly urbanized world getting dirty is becoming increasingly problematic. As the correlation between microbes and disease gets increasingly well understood, some researcher in the not-to-distant future will do the math and determine that the health care cost to society’s fixation on hygiene is so large that it may well become the number one cause of preventable disease. The good news is that this will mean that community gardens, which are already very popular, will become ubiquitous. The other impact will be that dirt pits will become a standard feature of early childhood programs.

For more information and a great resource list visit the Stay At Home Educator Blog.