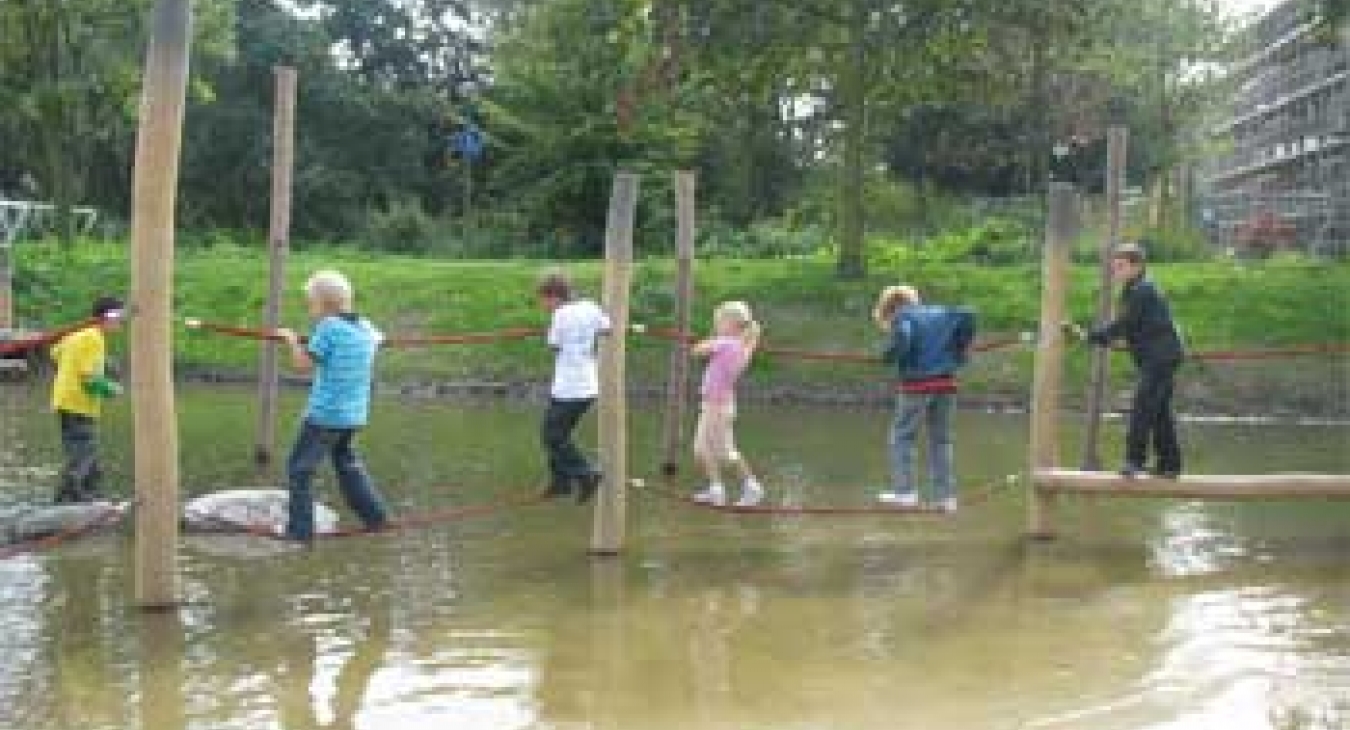 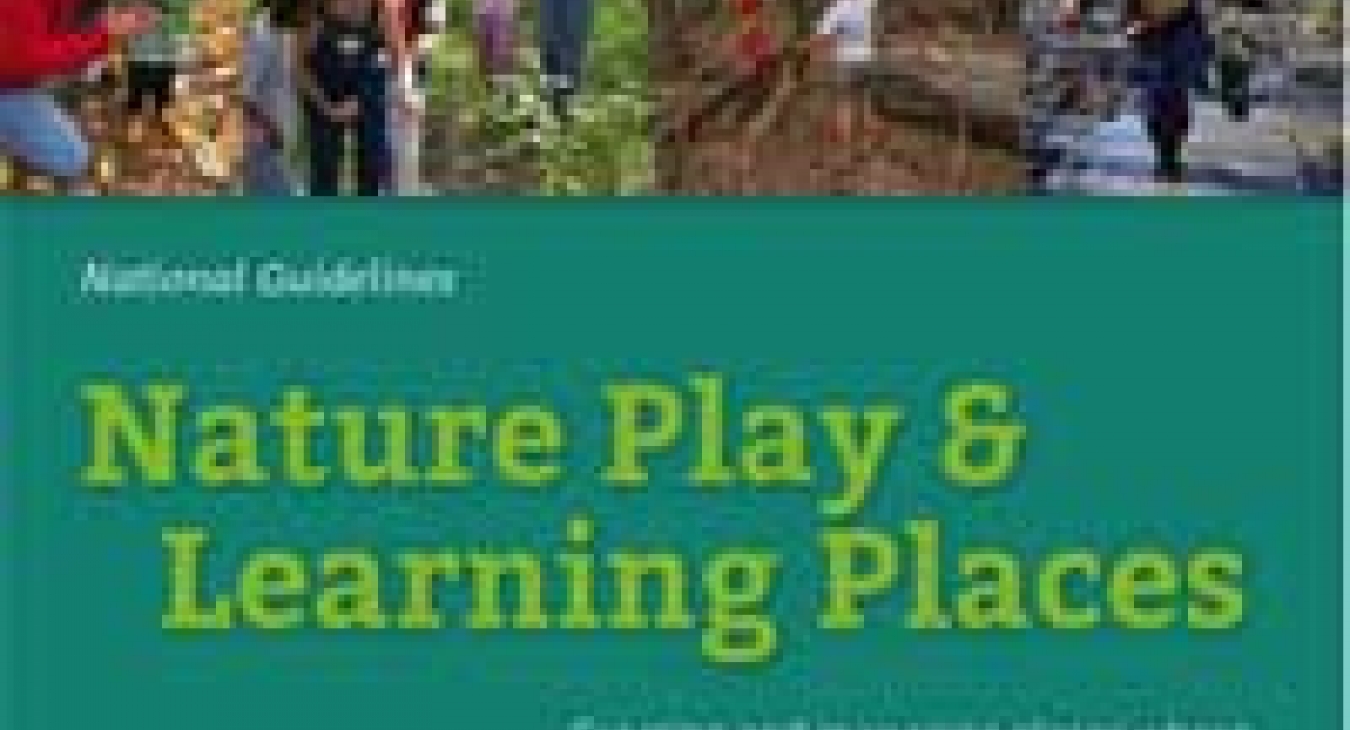 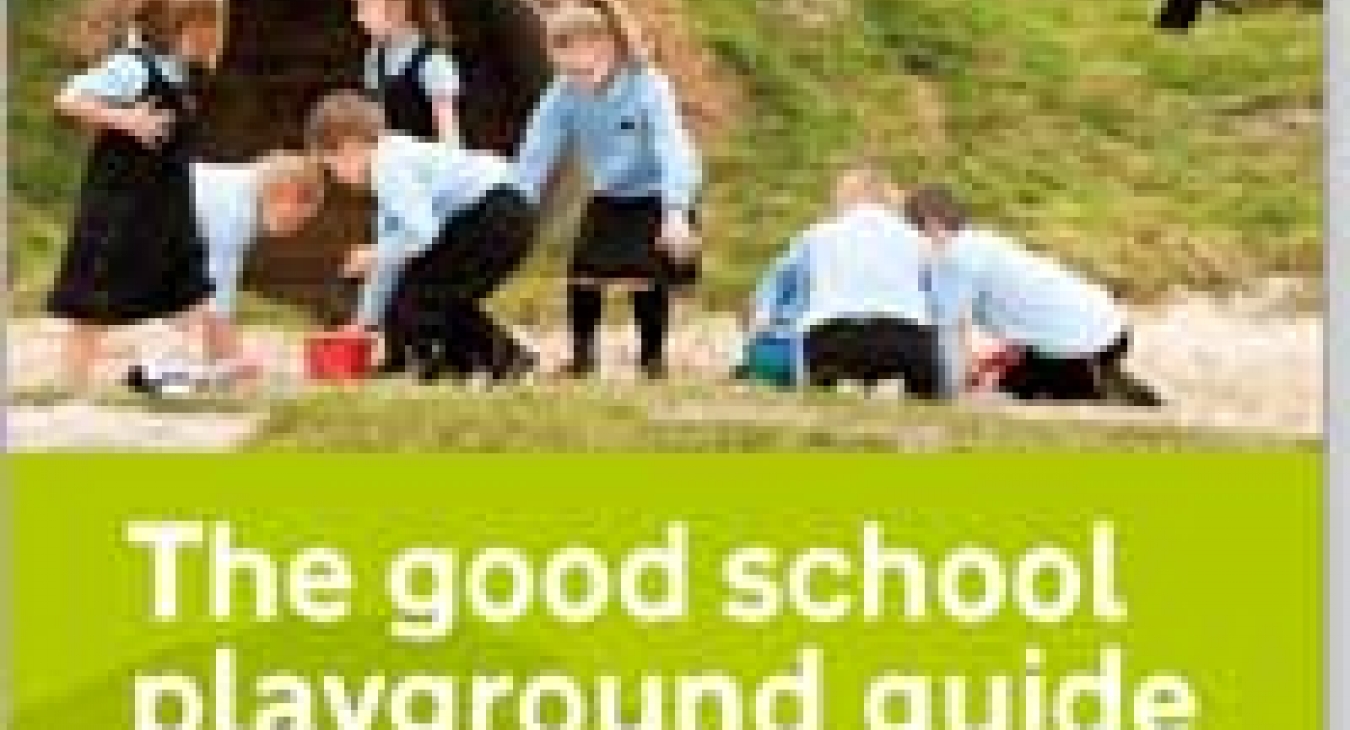 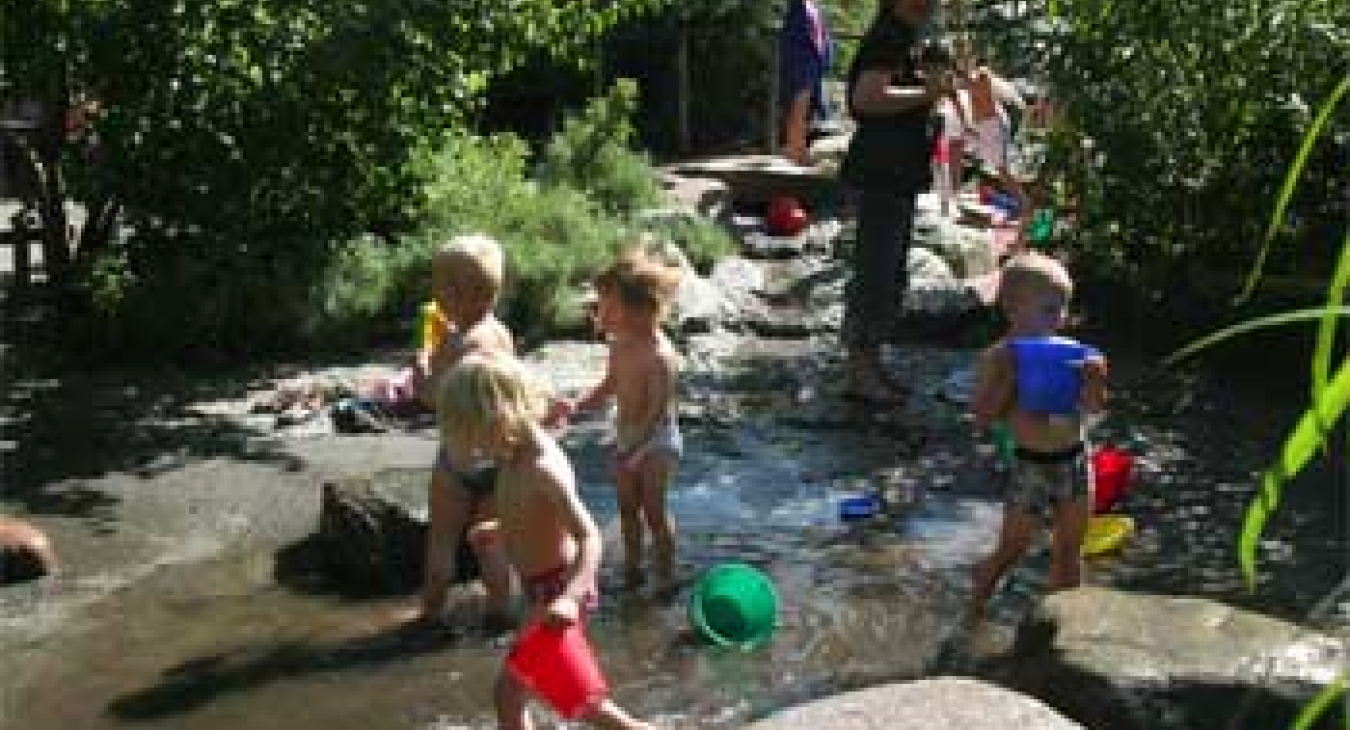 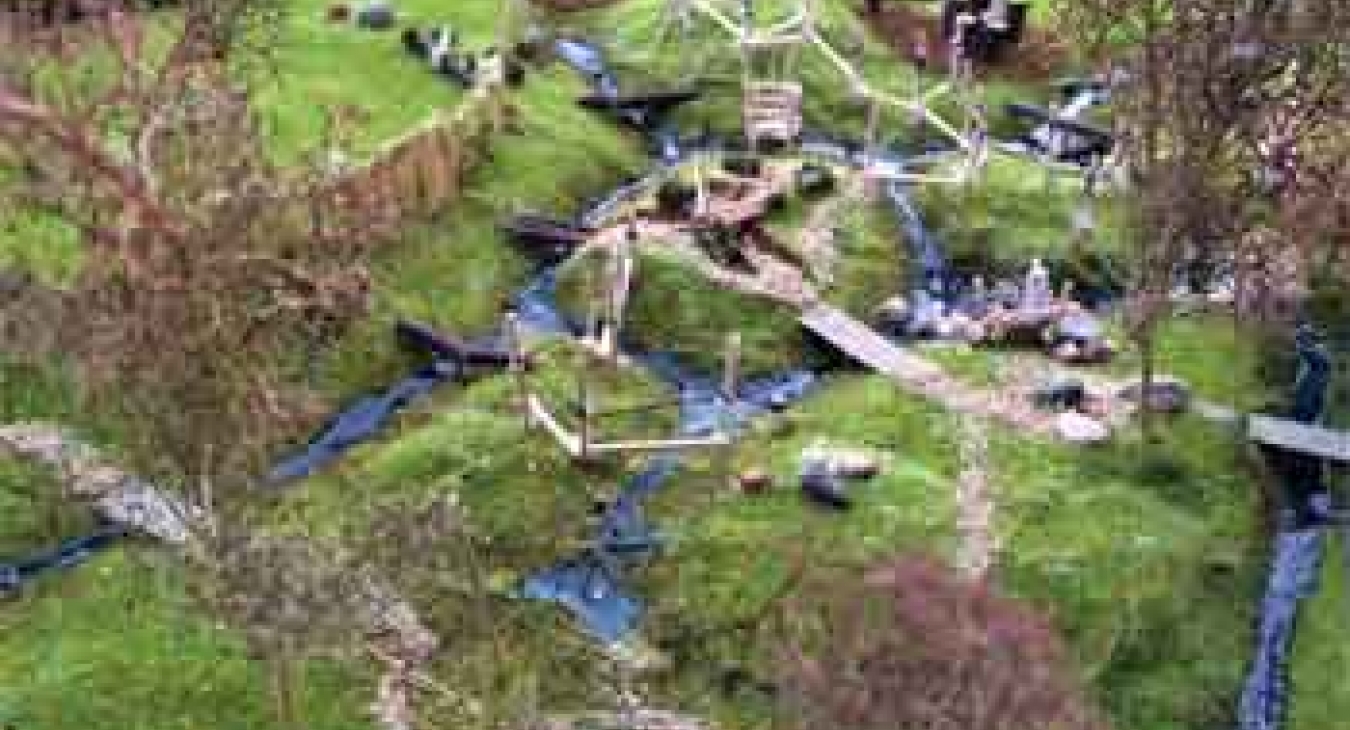 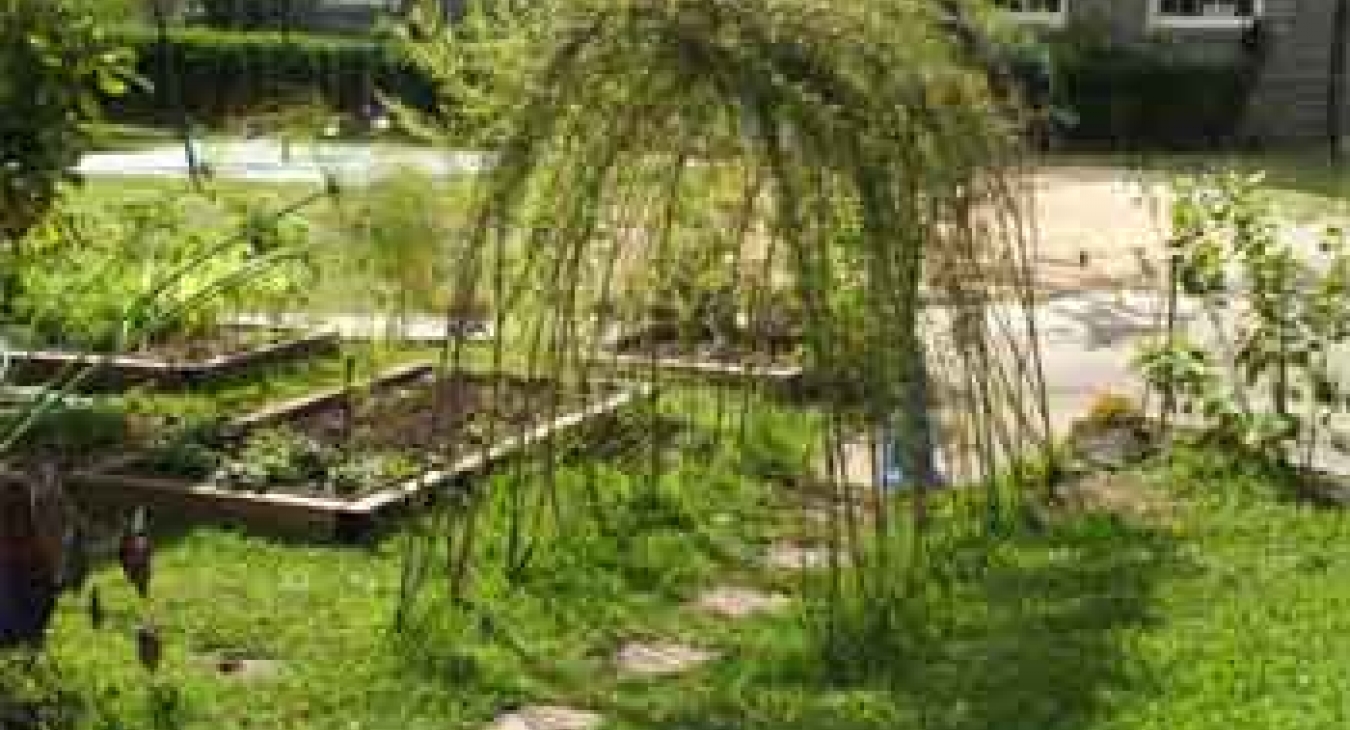 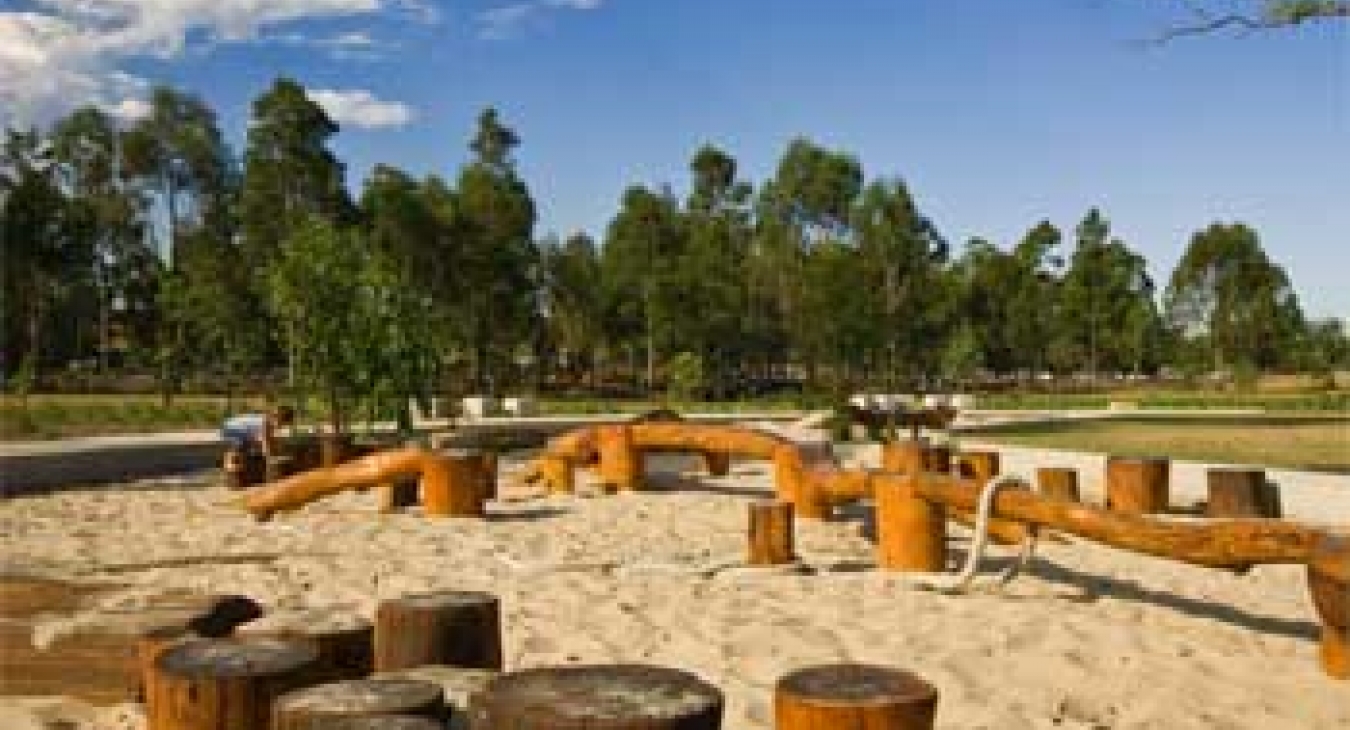 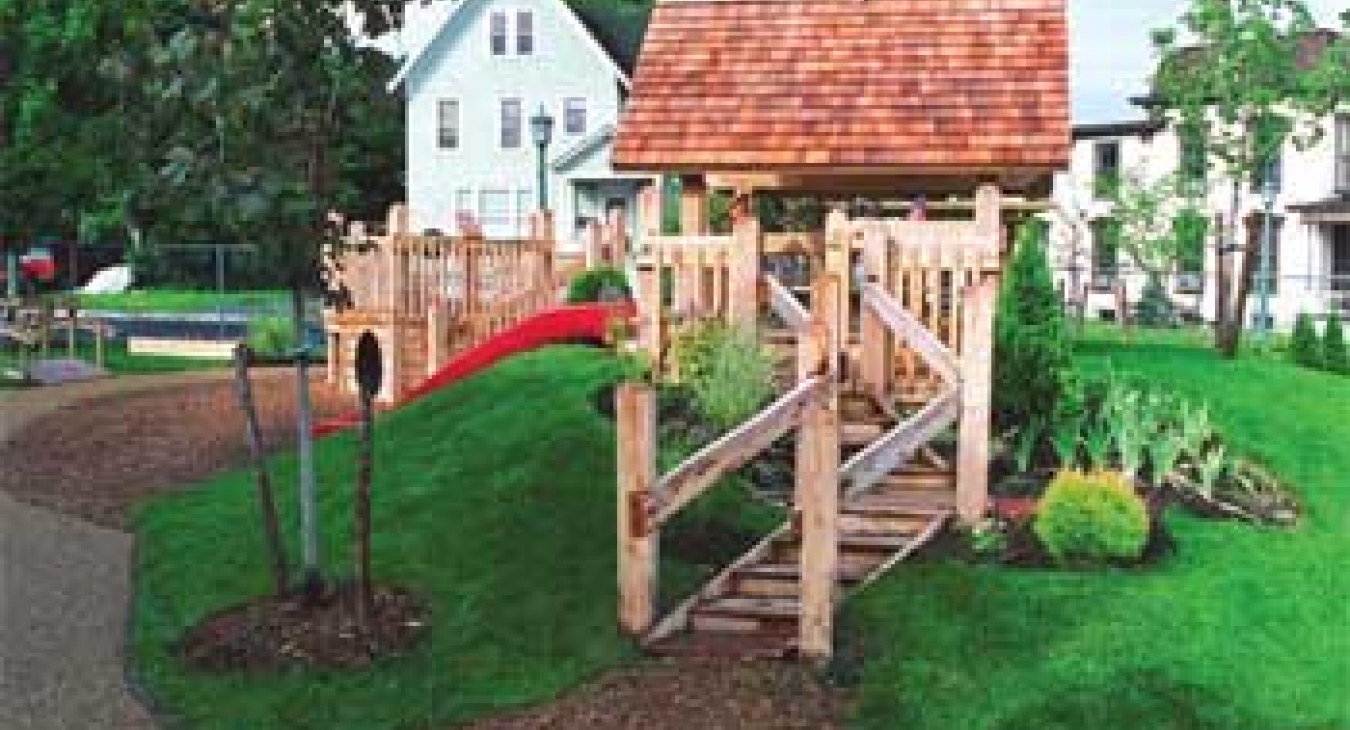 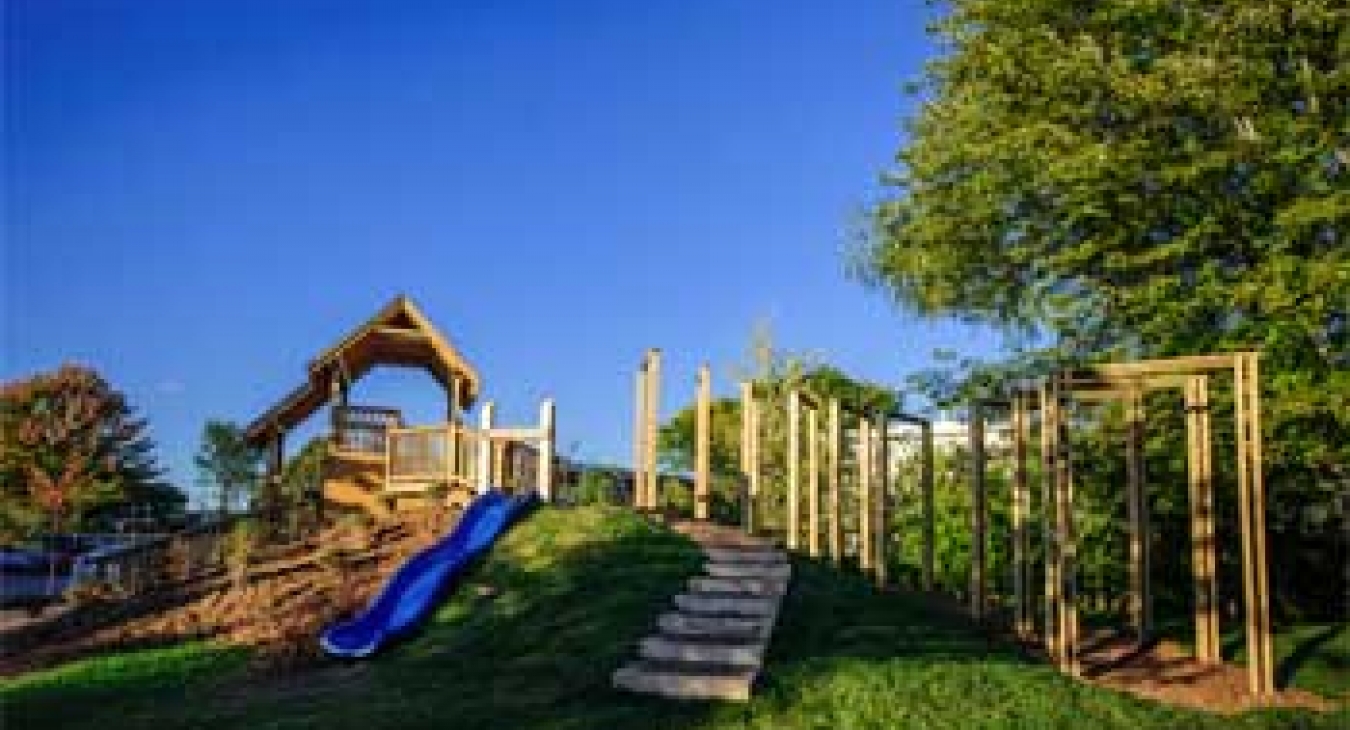 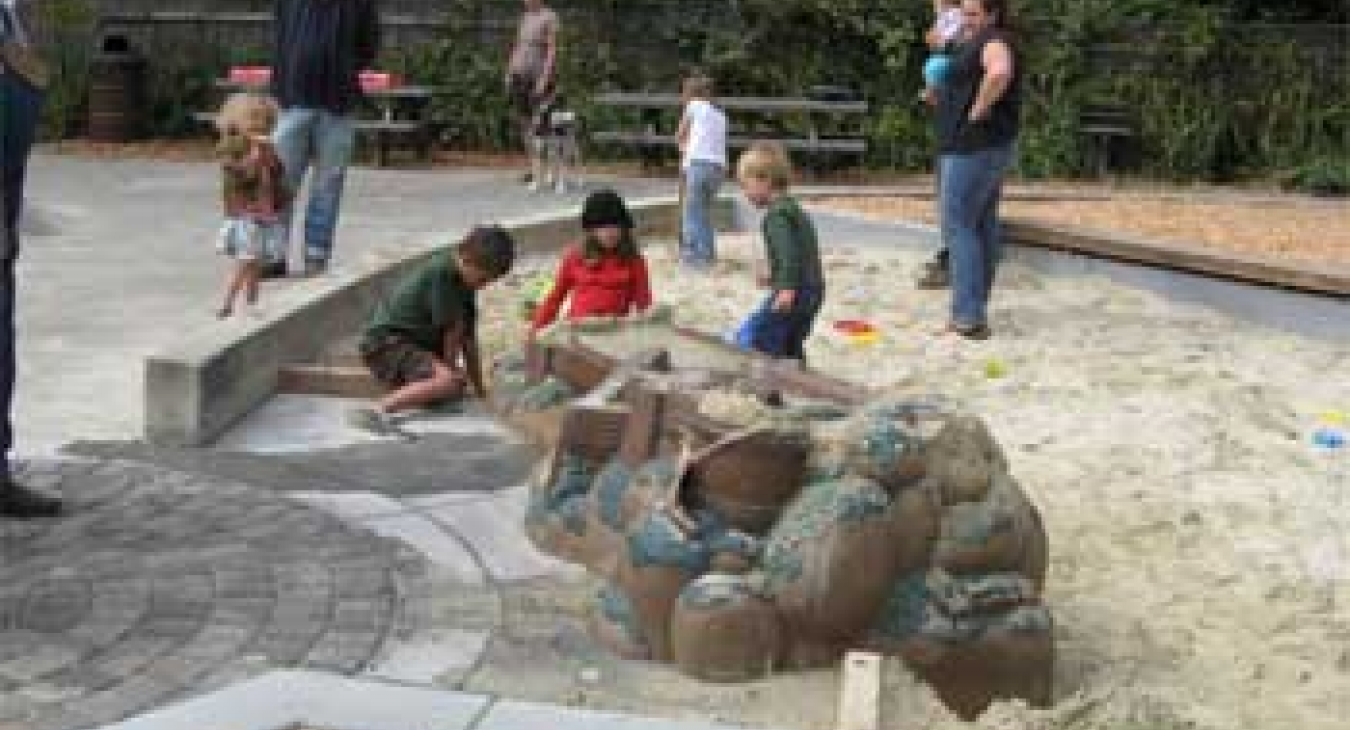 My recent article for Playground Magazine dealt with the materials technology of playgrounds. One of the materials I mentioned was the trend toward using more naturals such as logs, plants, and rocks, etc. I needed a good image of a playscape to illustrate this and reached out to a Linkedin group I belong to, Natural Playgrounds. In addition to a lot of images, a whole discussion ensued that was very interesting.

Buckminster Fuller taught that words are the key to thinking and that to get to original thoughts one had to take great care to use the right words. Often he would have to invent a word, like synergy, to actually express his ideas. I suggest that the term “Natural Playgrounds” is wrong and should not be used by advocates of this concept.

In fact, the spaces that are being called “natural” are anything but. They are carefully crafted, lovingly built, and sustained by human intervention. A better term is “naturalistic” which connotes that they are inspired by nature but created by people.

When we use the term “playground,” all sorts of preconceived notions cannot be avoided, i.e., manufactured apparatus, safety regulations, low maintenance, etc. A better term for these projects is “playscape” in that it aligns with landscape and hardscape and evokes a swath of natural terrain.

Paige Johnson has been blogging for years as Playscapes and has almost single-handedly popularized the term. Here is a link to her Pinterest page on natural playscapes. As you peruse the pins I think you will agree that most of these examples are “natural” in so far as the materials are predominately wood, stone, and plants with few manufactured elements.

Svane Frode has an amazing collection of play images and studies. He forwarded this example of Valby Park in Copenhagen to us. I highly recommend following both Paige’s and Svane’s Facebook page.

I would also like to point to the long history of Rusty Keeler in this area. Rusty has held to this vision through thick and thin and is now getting the recognition that is long overdue. Another long time advocate is Robin Moore with the Natural Learning Initiative. Here’s his latest work.

There is another concept that needs definition. I propose that it would be useful to add “playable landscape” to our vernacular. These spaces would be comprised entirely of plant and mineral materials selected for their suitability for children and play.

The quintessential playable landscapes are the ubiquitous turf fields in parks. While universally accepted, the surrounding edges of these fields are rarely considered as venues for play. As our urban spaces become increasingly hostile to wildlife, such marginal areas are the last bastions of nature in many areas. This is a precious resource that deserves serious and professional attention.

A key issue with such marginal spaces is that they are not only sought out by animals, insects, and kids, but also by the homeless. Thus intentionally making these spaces appealing will necessitate coordinated and long-term management.

Between a Rock and a Hard Place

In the discussion a major bone of contention was the issue of the application of ASTM standards to such places. While the problem of living in a litigious society is uniquely American, our colleagues around the world have also voiced such concerns, so it bears addressing. It does little good to point out the ASTM standards themselves limit their applicability exclusively to public playgrounds. In my view this was a cop-out by the committee who had to be aware of “standards creep” and that the best available information could be and would be applied wherever children are invited to play. This problem is further complicated by the advent of the ADA, which mandates access to public recreation facilities.

In a society that, in the face of all logic, puts the rights of the individual above the benefits to the community, this becomes a difficult issue to overcome. But it has been done and this example can guide our thinking and efforts. There are many examples of skateparks adjacent to playgrounds where they serve many of the same children. Whereas on the playground no child can play above a hard surface, on the skatepark it is not uncommon to see kids get 6 feet of “air” above concrete. Yes, it took a couple of decades for skateparks to be broadly accepted and for the doom and gloom predictions to be proven groundless, but it has happened.

This same transformation can occur for playable landscapes and naturalistic playspaces. This change will likely follow the same pattern as skateparks where pioneers and advocates create workable examples, which get replicated into more and more communities. It is not unreasonable to expect that these new play spaces will become commonplace over the next decade.

So, dear colleagues, let us henceforth forsake the words “natural playgrounds” and speak rather of “naturalistic playscapes.” Let us also look at the entire space we create for public use and identify areas where nature can be supported in “playable landscapes” and so doing accurately conjure in the minds of the public the realities we seek to bring about.

Here are some of the images I received interspersed with excerpts of the ideas and comments from the conversation on the Natural Playgrounds Linkedin group.

Image and PDF courtesy of Russell Tod, Grounds for Learning

Are natural playgrounds exempt from the formal requirements of playgrounds in the same way "Mother Nature" is?

We have been getting requests and have been providing "Natural" play areas for many years, the 'new wave' has been cresting for a while. Rolf, you raise a good question, what are the safety standards for many of the so called 'natural' features, such as use zones and specifications for boulders, logs, stumps, berms, etc. Even zip lines and climbing nets are now combined with nature areas.

Is the 'Natural' playground solution versus 'Traditional Manufactured Play Products' a helpful debate? Are they not just different approaches towards providing a variety of fulfilling play opportunities and it may be that a combination of both approaches works in some contexts and not in others. It shouldn't be one camp versus the other?

We’re now on the verge of accepting a new direction, the same dependence on play brokers is happening. The best playgrounds that I see are a result of a community of people who come together with leadership committed to make good for kids.

I believe playground companies maximize play value, and the market decides what will go forward successfully, their designers and engineers are earnest in these pursuits. Are there a lot of cookie cutter play yards & steel jungle gym climbers, sure, they won't be going away. Putting natural play opportunities along with made equipment would be, should be the goal. I see such a tremendous variety of choices currently available, with regard to playground design, it's exciting.

I do not see any way that the “Natural Play Movement “ could ever develop an accepted form ofSafety or even building Standards like the CSPC or ASTM, too many variables and interpretations “Too Organic”. My humble two cents on all this, drop the word playground, rename it the “The Good School Nature Area Guide”. Keep the two camps separated, their cross overs are really not that great. Children need to be active and they need to experience nature. Why are we insisting these two simple concepts should or need to be combined? For the Nature movement, it would be a much easier concept to sell, especially to large scale entities like schools and public parks, if you focused on promoting and developing greater opportunities to experience and learn from natural areas like gardens, hills, trees and creeks. The “play” component will be a natural occurrence/outgrowth, no need to draw so much attention or focus on it. Insisting on combining the two, along with so many, enthusiastic consumers and professionals, jumping on this new movement not really knowing what they are doing, getting into or the long term viability of these types of projects, could ultimately lead to the eventual failure of an important movement. A better and more lasting approach might be to leave the climbing, swinging and sliding to others.

Calling a natural space a "playground" is an issue. The death of the "Adventure Playground" movement was calling it a playground. Had we called them "neighborhood camp programs" people would have understood that it needed staffing and loose parts. I also agree that the liability issue is real. However, now that we have certified inspectors, many of them quite good, these professionals can sign off on most environments and provide as effective protection as IPEMA.