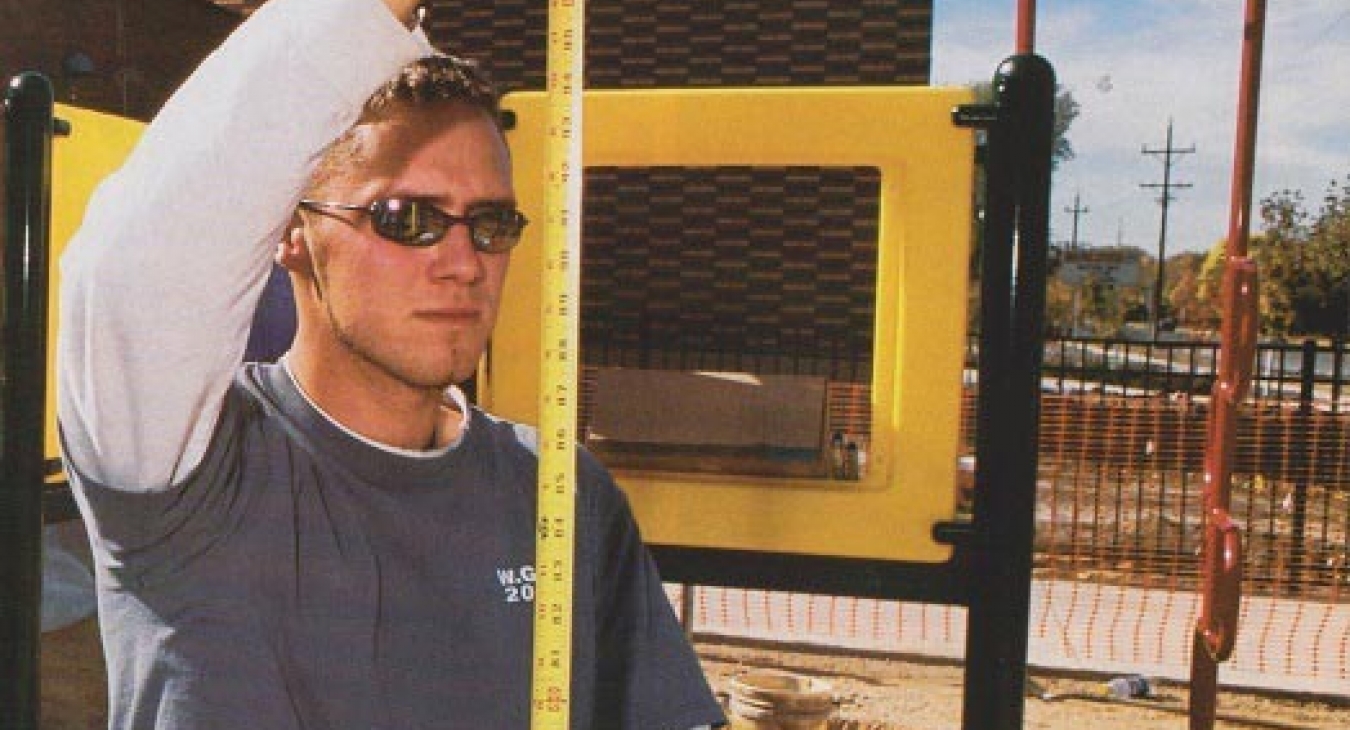 Points to Ponder in Making Your Decision

The town of Centerville wished to build a park on the outskirts of town on property given to the town for a park by the Johnson family. This piece of land had a swamp that held water part of the year. The town administrators did not want the park department to develop the site because they were aware the swamp was a hazard and didn’t want the town to be responsible for injuring employees or damaging equipment.

The town hired an unknown contractor named Digger Dan to fill in the swamp, build the park, purchase, and install a playground. The town did have Digger Dan sign a contract that he would use his own equipment in filling in the swamp and when installing the playground. It also stated that Digger Dan would be responsible for any related damage to his equipment.

About five minutes after Digger Dan began his work, his bulldozer almost slipped beneath the surface of the swamp. Recognizing the hazard, Digger Dan refused to continue until the town of Centerville agreed to amend their contract with a provision that, should Digger Dan lose any of his equipment while building the park, Centerville would agree to replace all the equipment lost at fair market value. 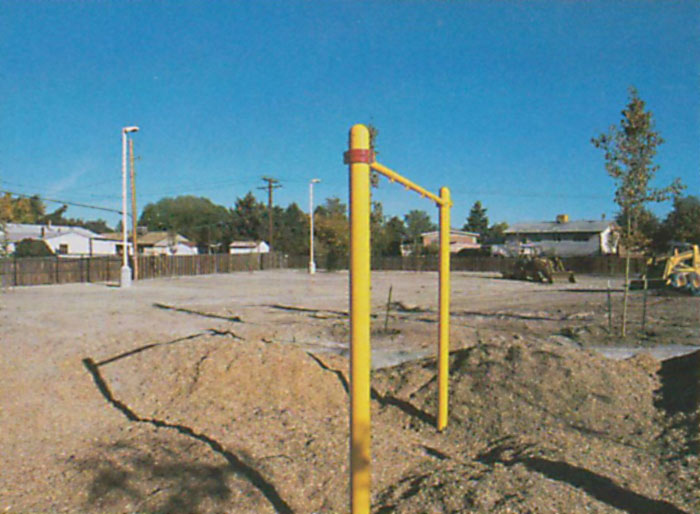 What should Centerville have done? In order to be physically and financially responsible, they should have fully researched the land by having an environmental study completed on the swamp, a feasibility study, hiring a landscape architectural firm to develop a design plan for the park that specified all the material to use, vegetation, and site amenities. The playground specifications need to be defined, as well as the type of playground equipment and layout. Centerville needs a general contractor who can control the project, possibly do some of the site work. If he is unable to do the landscaping or playground installation he should sub out those jobs to someone else. 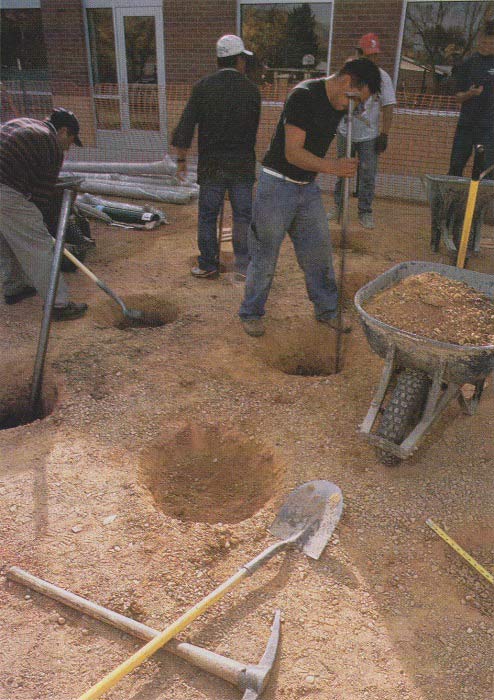 There are a variety of types of work that need to be done to install a playground. Having a team full of experienced, and well educated, workers will insure that installation is correct. 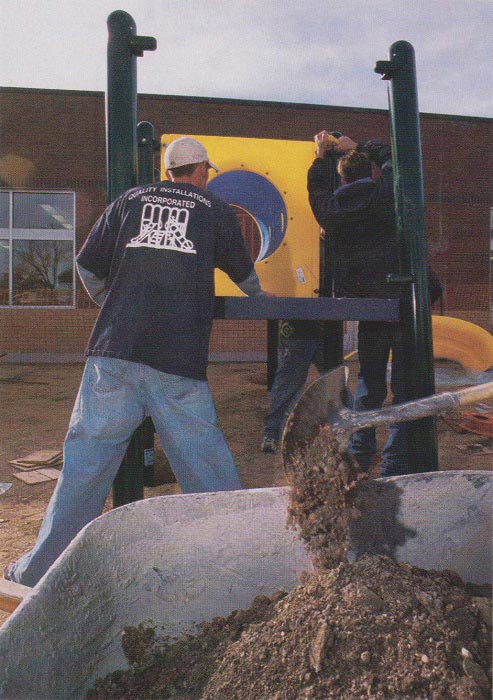 Centerville's proposal for this work should be all-inclusive. It should include language as to who is responsible for the unknown hazards that may occur while filling in the swamp. The proposal can specify subcontractor information, such as landscaping and playground are to be installed by certified people. The proposal which becomes the contract must be well thought out, as change orders are expensive.

Other information in the proposal should include:

Experience of a general contractor. Number of years in business, list of projects with location and person to contact for reference. History of the company, number of employees. Centerville needs to be looking for a general contractor with experience in swamp work and can provide adequate assurance they are qualified to do this type of work.

Information on subcontractors, again looking for much of the same information you want from the general contractor.

Request copies of all applicable licenses.

There needs to be a schedule for the work, including target dates throughout the project and a completion date.

There needs to be a payment schedule based on completion of work. It should give the percentage of retention that will be held until the project has been approved. This should be high enough to encourage completion from the subcontractors on a timely basis.

Centerville needs to request information on the financial status of the general contracting company. This should not be a general statement, as Centerville should be looking for specific information, such as bank statements monthly average, record of payment of bills, payroll history, etc. 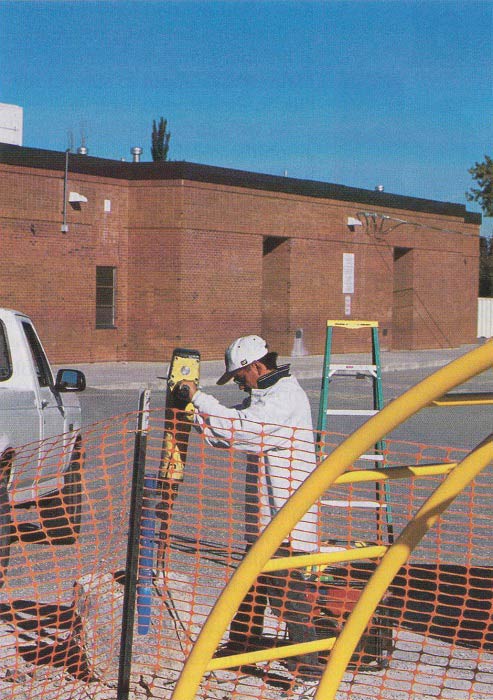 Proper installation can help avoid having to redo the same job later.

There needs to be a hold-harmless clause that indemnifies and holds harmless Centerville and its agents and employees from and against all claims, damages, losses and expenses including attorneys' fees-arising out of and resulting from the performance of the work, of every nature and description brought or recoverable against Centerville (owner) or Centerville's employees or agents.

For the Centerville Park Project, the general contractor most likely would hire subcontractors for installing electrical work, sprinkler systems, landscaping and the playground equipment.

There are requirements for the subcontractors. Know what those are and include them in the proposal.

Following are some of the requirements that should be met for selection of the playground subcontractor. If Centerville were to just put in a playground within an existing park, the same questions need to be asked.

During the time bids go out and before the closing date, Centerville should have a meeting to discuss the proposal. This gives the contractors an opportunity to clarify Centerville's intentions and to adjust inadequacies if any.

Bids must be turned in by a certain date and time. No latecomers are accepted, not even by five minutes. Digger Dan just made it with two minutes to go and he was the low bidder, but he knows that before he is awarded the contract he must go through an approval process. Centerville will check all the information requested in the bid proposal. On this project, it would be important to check the references relating to swamp work.

The next step would be for Centerville to interview the low bidder, Digger Dan. Through checking his references it is discovered he still owes the subcontractors from the last job and Diggers plan for filling in the swamp is not environmentally correct. He also claimed to have the experience to put in the playground, but he failed the NPSI exam- twice! Bye Digger.

Depending on the wording of the bid proposal and/or the municipal governmental structure, Centerville may need to resubmit the bid proposal or they can interview the next lowest bidder. The procedure is repeated until a suitable candidate is selected. Centerville could not accept the second choice, Gettingby Construction, as none of the subcontractors were licensed. After checking out Timely Construction, visiting several of their completed projects, and interviewing their playground subcontractor, they were selected.

Centerville's budget for the park should include a reserve, just in case overages should occur that are not the responsibility of the contractor.

At the end of the contract, all payments can be finalized to Timely Construction, except the retention. That should be held until the Centerville approves and audits the project. With the playground, an audit needs to be completed by a nationally certified playground inspector.

Centerville named the completed project Johnson Family Park after the family that donated the land.

The author would like to give special thanks to James Iverson, S.E., Ph. 0., for his help in writing this article.