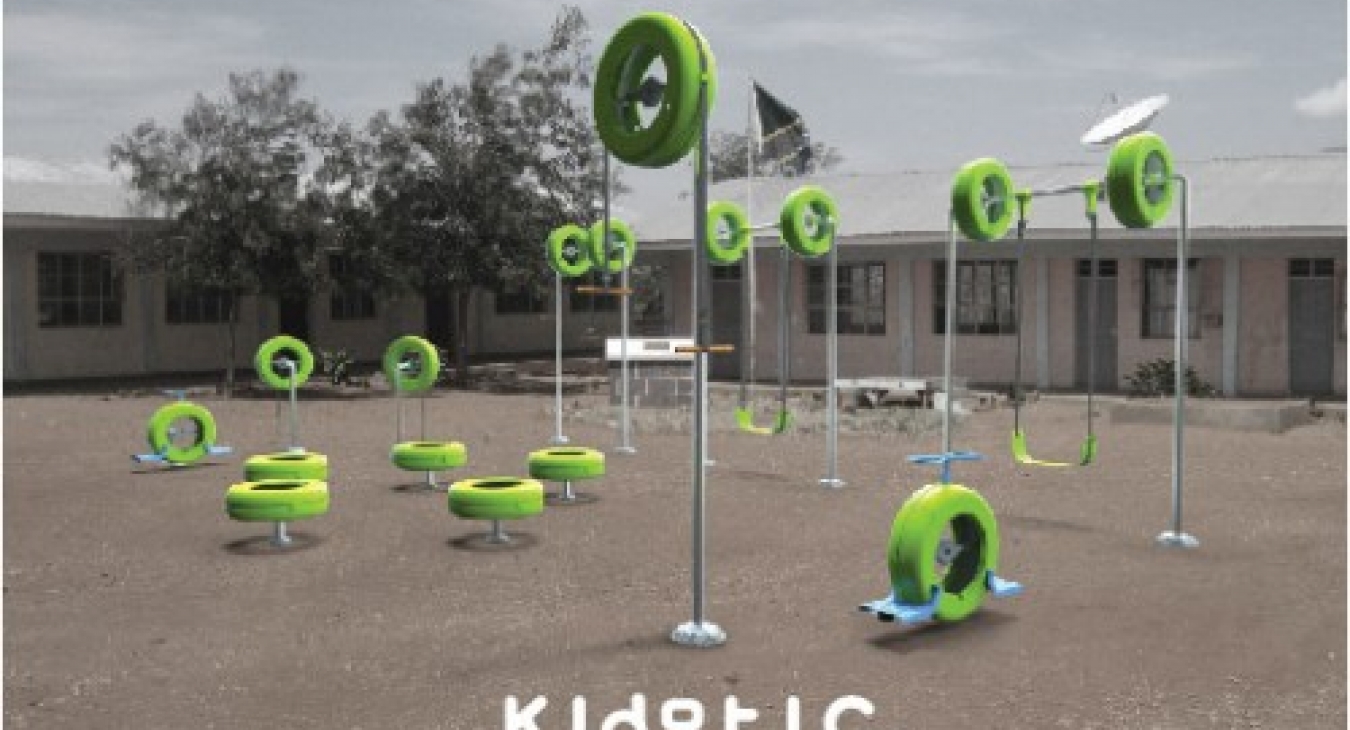 A group project by industrial designers Andrew Simoeni, Joel Lim and Funfere Koroye, Kidetic is a new take on a classic children's playground. According to the designers, the Kidetic playground will address the relationship between energy, interaction and fun by creating electricity through play.The Kidetic playground would encourage children to be more aware of their energy consumption and encourage them to produce their own electricity to power playground lighting or in remote areas to provide power to off-grid homes.

The playground, still in the concept stage, includes spinning seats, swings, skipping ropes, roundabouts and a new take on a see saw.

Many energy harvesting playgrounds rely on piezoelectric plates to produce energy but these designers have relied on dynamos to generate power as they spin during play. According to the designers the units can generate 31.5 watts of energy for every hour of play.