The Playground as Theater 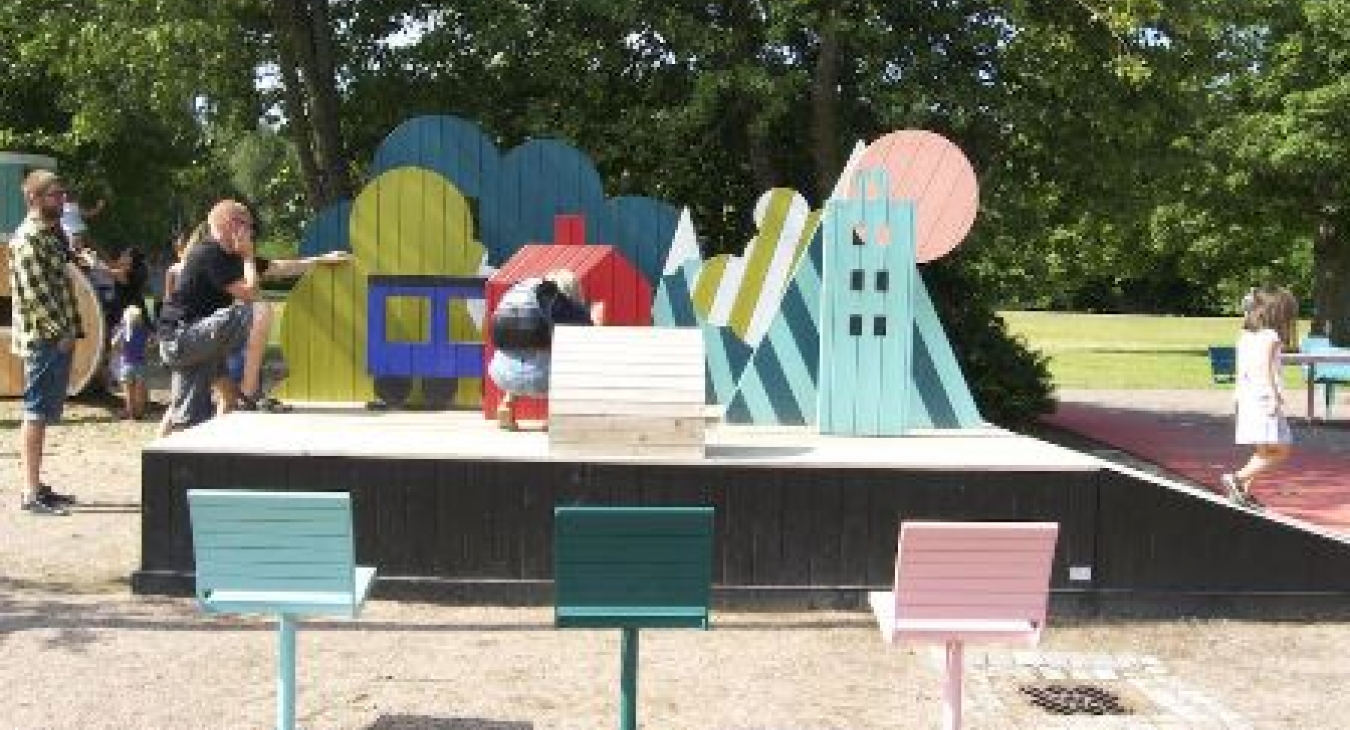 Making the connection between playgrounds and theater is nothing short of brilliant, and nothing even shorter of obvious. Playgrounds, after all, are theater. Just ask the little actors running around shouting, "Watch me!" to their parents.

By making the connection even more obvious, by designing a playground even more for the purpose of being theater-like, one of our favorite playground design companies, Monstrum (http://www.monstrum.dk/en/), has created what I hope will prove another paradigm for playground design. Because this one invites imagination, fantasy, pretend play; invites more of the child - both mind and body; invites social interaction - as actors and audience; invites fun.

They call this one Theater Park. I quote (http://www.monstrum.dk/en/pages/164):

“Remember to bring your costumes when you visit the Theater Park. Here you have plenty of opportunities to express your inner actor! You’ll find hats, drums and play masks to hide behind and put your arms through. Everything on the playground is in some way inspired by the world of theater. On the big stage the actors can overlook the cheering crowd, who just bought their tickets and some goodies from the Movie Kiosk. A little further away you will find the spinning Theatre – by spinning it, you can switch between four different scenarios. In another stage the scenery can be pushed from side to side, and there’s even a box to the prompter so he can whisper the lines if the actors suddenly forget what to say.”

Forgive me if I over-enthuse, but this prompter box is just the kind of detail that represents the best of Monstrum's play/work: a small feature, yet one that adds a whole new level (literally and figuratively) to the kind of play this park invites. No matter how it gets used (it could just as easily be a “box seat” for the fortunate few, or a place for the proverbial critic to stand and launch critical nerf balls, or a cubby for constructive kibitzing, or a platform for the budding playwright/director).

And then there's the "spinning theater" which not only provides actors with a choice of scenery, but also the opportunity to get spun while simultaneously allowing for the employment of a stagehand or several. And, of course, the instant costumes. And the ticket booth to legitimize the whole endeavor.

Look at the pictures again (they enlarge when you click on them). Imagine yourself (yes, you grown-up person you, your very own self) in each (you might also need to imagine yourself small enough, or the buildings large enough). Imagine how encouraged you'd be to pretend that you were really an actor, a thespian, in fact, of the highest order. Or a ticket-taker. Or a stage-hand. Imagine how each element would help in supporting this fantasy, would contribute to your imagined brilliance. Imagine organizing a special performance of an improvised version of Hamlet. And charging admission even.