Changing the Face of Play in Sri Lanka 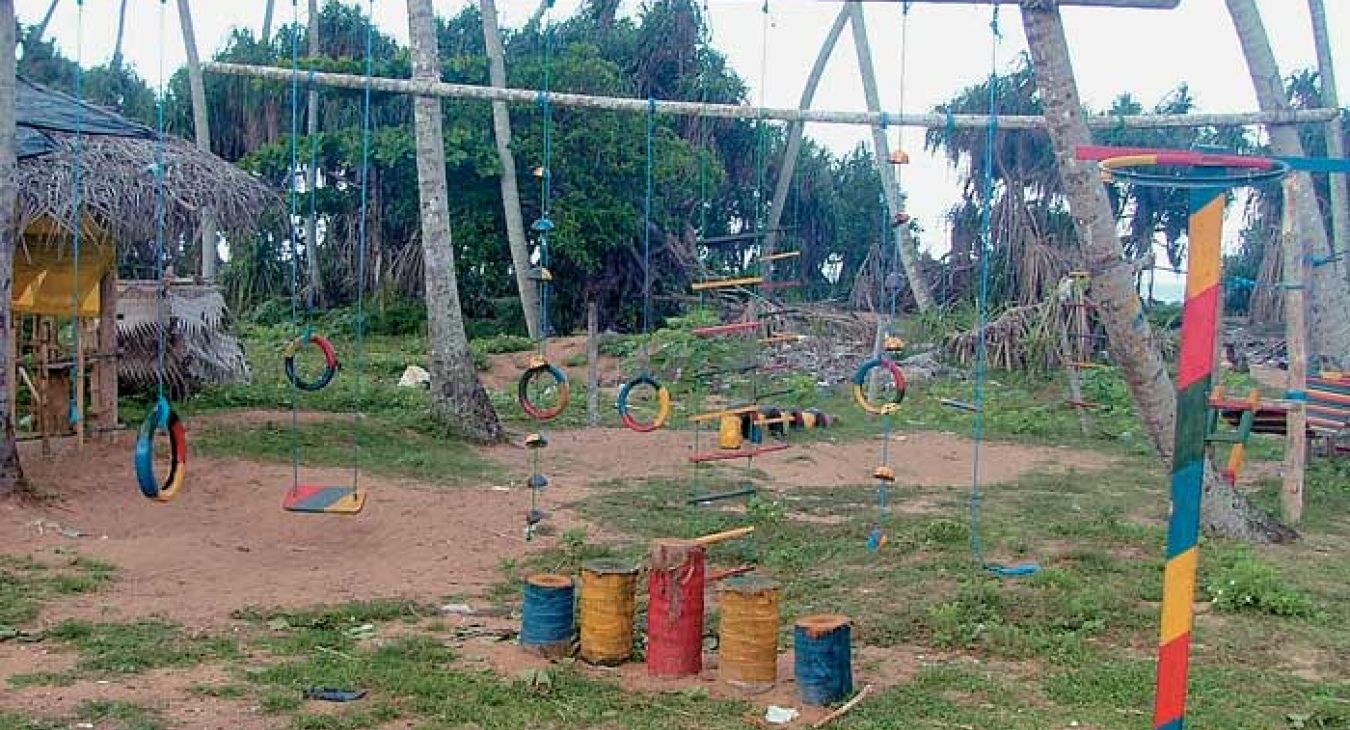 At one of the play areas we saw, there was a swing made of coconut rope hanging from a rain tree with a seat belt fashioned out of a rag tied to the rope. Many of the playgrounds were constructed with ropes and wood. The metal equipment was made of poor quality and light grade materials. The largest playground we saw was a slide that was about 20 feet long made of concrete. (Now that’s hard on one’s keester.) There were many, many swings, including a large family swing that would hold six to eight people at one time.

Today’s modern playground equipment was non-existent in Sri Lanka with the exception of a soft-contained unit at McDonald's. This kind of outdated, unsafe equipment is reminiscent of Mexico and many third world countries. It can be compared to what you may have found in America at the first part of the 20th century. It is a good reminder of how far we have come with regard to making safe and fun play spaces for today’s children.

Safety, durability, play value, aesthetics, and accessibility have dictated what playgrounds are in prosperous countries. We can offer elaborate play structures that service more than a hundred children at a given moment. We spend more on unitary surfacing for one play area than Sri Lanka has to spend on a dozen play parks combined.

While in Sri Lanka, we observed play areas in both urban and rural areas that would make Certified Playground Safety Inspectors–CPSIs– cringe. An abundance of protrusions, entanglements, and projections lurk around every corner. Construction bracing and building materials have been left on site while taking months to finish the playground. Children continue to access equipment under construction were 20 foot high ramps with a single pipe as a rail and broken footboards are left. There are worn and broken parts on every swing. Metal swing seats with 90-degree metal corners and rust, rust is everywhere. No evidence of any protective surfacing can be found. The bending, breaking and general deteriorating of the poor grade metal materials used to manufacture the equipment means that even new equipment has such a short life-span that many sites had to be locked tight at night to keep children from accessing the equipment more than a few hours a day. Imagine locking up playgrounds because they get too much use.

Yes, there is a disparate difference between the kind of playground equipment you find in Sri Lanka and what we are accustomed to in the United States. Something else we observed, however, was that the children in Sri Lanka, just like the children in the United States, love to swing, slide and climb. The thrill of defying gravity while climbing and then giving in to it while sliding is the same great sensation no matter what side of the world you live on top or bottom, east or west. Excitement and sensation are the common denominators with children all around the world when placed in a playground type environment.