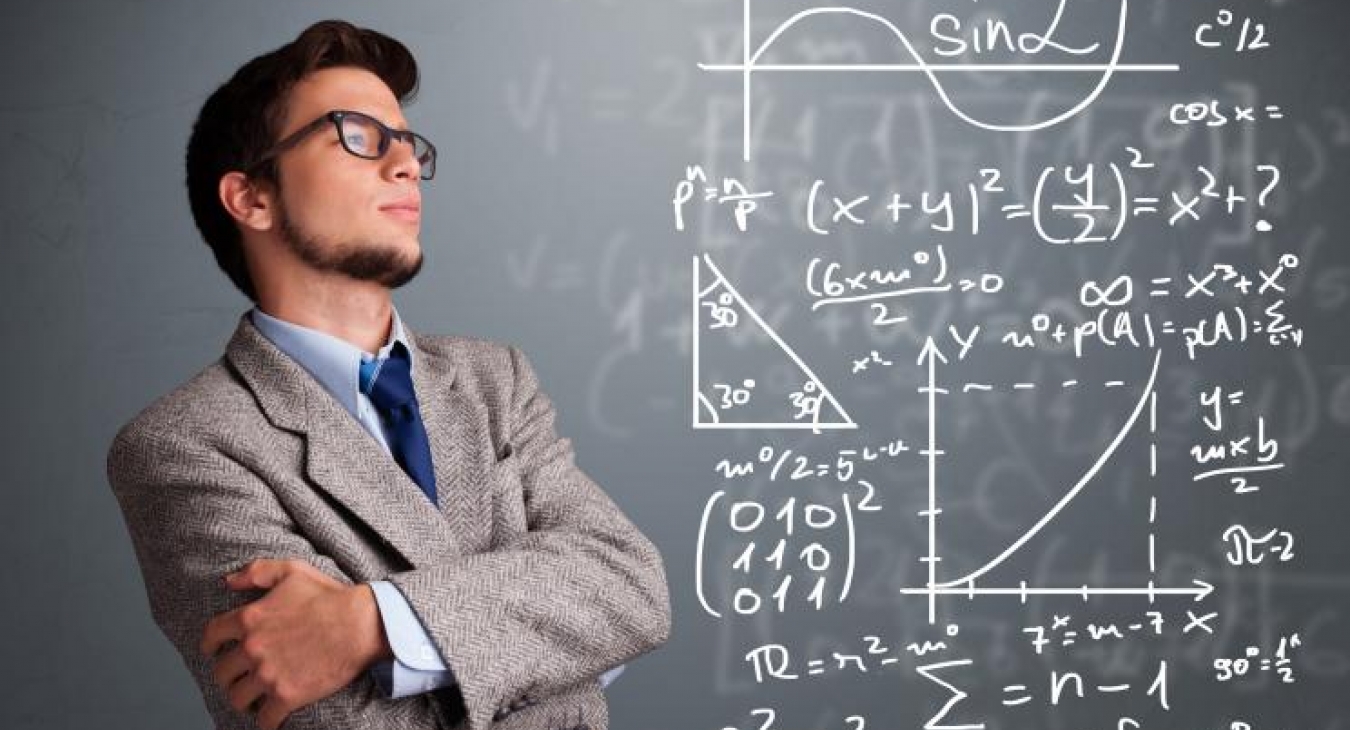 In the late 1990s I met a Certified Playground Safety Inspector (CPSI) candidate by the name of Dwight Curtis. This young man was very interested in conducting his PhD research on the parks side of our profession. He said he had an interest in the area of playground safety. We chatted about many things related to the playground management. My suggestions focused on the new emerging playground safety standards and whether or not these standards and our CPSI training was having any measurable impact on public playground safety and injury reduction. I believed in my gut the CPSI Program and its national certification designation, while still very new at that time, was having a significant positive impact resulting in a measurable reduction in playground injuries and long term this certification program would result in cost savings from less litigation. These theories were nothing more than my opinions based on personal observations over the previous 10 years. I attributed these perceived improvements to the industry wide need for this training demonstrated by the rapidly increasing number of CPSI Courses and participants during this period of time. I also observed a steady increase in the playground manager’s awareness of the most common playground hazards. This coupled with the major efforts to address these common playground hazards by the playground equipment designers and manufacturers were all positive steps in improving the basic safety of the playground environment. Unfortunately there was no research to prove my observations right or wrong. There were some obvious signs such as the obvious growing numbers of CPSI candidates and courses around the country and a dramatic industry wide increase in sales of both playground equipment and protective surfacing. My experience and opinions were anecdotal evidence at best therefore I suggested Dwight consider a research project that would prove one way or the other that there was true measureable value in being a CPSI. I believed all agencies who hired a trained and experienced CPSI would also benefit in other measureable ways. I was of the opinion that when research could demonstrate the positive impact of a CPSI that NRPA would be able to convince all policy makers and agency managers of the need for, and value of, having a CPSI on staff in every park and recreation agency, school district, and childcare facility in America. I also believed the benefits of having CPSIs on staff should be able to be measured within every playground equipment and surface system designer/manufacturer, distributor, installer, or private contractor involved in creating a public playgrounds existence.

It took approximately 15 years to get some research to support the value of a CPSI. Somebody finally rolled up their sleeves and set out to demonstrate the value of a CPSI and in so doing provide us with the data necessary to support the need and importance of a CPSI on every agency in America that operates one or one thousand public playgrounds. I am proud to introduce the results of Dwight Curtis’s research. The following information comes from Dr. Dwight Curtis’s study. I apologize for taking liberties in bringing the basic findings and processes used to come to the conclusion that having a CPSI on staff has a positive effect on an agency’s perception of the value of CPSI designation and the work a CPSI does in making playgrounds safer and reducing injuries to their playground users.

A correlational framework was utilized to examine relationships among playground injuries in three different size municipalities and certification in the state of California during a 10-year period.

Additionally, the influence of model components such as playground safety inspectors’ and their supervisors’ beliefs and attitudes about certification status, experience level, and available resources on injury outcomes was also investigated.

Survey data was collected primarily online from 247 inspectors, their supervisors and organizational risk management specialists, with a response rate of 60.3%.

ANOVA results found greater declining injury rates for cities with certified inspectors than those without, but only the data for 2010 was significant. Exploratory factor analyses identified five inspector and four supervisor perception dimensions, and these dimensions were moderately correlated with each other and with injury rates.

Interestingly, supervisor perceptions were more strongly related to injury rates than those of inspectors. Cluster analyses results created injury and inspector profile groups, and MANOVA was used to examine differences between profiles. The high-decreasing profile group was significantly more related to positive inspector and supervisor perceptions than was the low-increasing profile.

The high-positive inspector perception profile was also significantly associated with lower injury rates than the other four profiles.

Studies on the Value in Professional Certification

Curtis found studies that suggested there were an increasing numbers of employers who were turning to certifications as a means of ensuring potential employees actually do have the requisite skills for an occupational specialty. Just as a degree from an accredited university provides solid evidence of advanced learning, a professional certification was viewed by an employer as credible evidence of skill and knowledge within a particular profession.

The State of California took this to the extreme by requiring all public playgrounds be initially inspected and certified by a Certified Playground Safety Inspector (CPSI) from the National Recreation and Park Association’s CPSI Course and Exam. This was to occur before the playground was opened to the public (California Playground Safety Regulations, 1999). Interestingly, California is still the only state with this requirement.

Curtis’s research also sought to determine if certification or non-certification impacted quality-cost improvements and waste-cost reductions. The statistical results found no significant differences between those companies with certified employees and those without. If this finding was universal, then the conclusions could be significant for all professions. In explaining the study results, it was concluded that the success for the companies would require more than just people with certifications.

This study gave some credence to the point there was no empirical statistically significant distinction between the capabilities of certified network professionals and non-certified network professionals. This conclusion was counter to the hypotheses of this study that predicts statistically significant differences between the capabilities of certified and non-certified playground safety inspectors which may impact injury rates.

By far, the highest concentration of research found on the effects of certification was in the field of education and teacher certification. Common sense suggests that the quality of teachers impacted student achievement, and that a certified teacher would promote greater impact than a noncertified one. However, review of the literature suggested accurately measuring teacher quality was challenging and not as clear cut as might be assumed. A study that examined the underlying assumption that teachers were important predictors of student achievement concluded that teacher experience, education and certification were not strongly correlated with student achievement. This study did find some evidence which supported teacher experience as positively associated with students’ mathematics and reading outcomes. The author of the study also cautioned that the lack of significant effects should not be interpreted as evidence that teachers produced no impact on student achievement.

Curtis observed a comment in the report that policies rewarding teachers based on credentials may be less effective than policies rewarding teachers based on performance. His observation could be related to employers possibly rewarding playground safety inspectors (e.g., pay raises, promotions, or special recognition) because they achieved certification rather than actually being able to show a reduction in children’s playground injuries as a result of their certification.

In a (2007) study researchers compared the effectiveness of certified and noncertified teachers (i.e., National Board for Professional Teaching Standards (NBPTS) certification) based on the following questions that may be relevant to playground safety inspector certification.

These researchers found that the NBPTS assessment process did distinguish between more- and less-effective teachers. Teachers who were certified tended to be more effective than were unsuccessful applicants to the program. While consistently finding that certified teachers were more effective, there were mixed findings about their effectiveness post-certification. The study found no evidence that certification acted as a catalyst for effective teaching, but their results did support the notion of building human capital. National board certified teachers (NBCTs) appear to be no more effective, and in some cases, less effective after certification than they were before certification. The main conclusion from this research was that the National Board successfully identifies effective teachers, findings that were similarly supported by additional research in 2009. By comparison, these four questions seemed relevant in examining CPSIs.

Similar research was conducted over a 10-year period. In contrast to earlier results, this study concluded that measurable credentials account for a substantial percentage of the total effect of teacher quality on student achievement. A variety of teacher credentials were included in the analysis, so it was not as specific to the NBPTS certification study. However, the longitudinal approach utilized a broader meaning of the credential and made sense because it bypassed the notion of a singular fix-all certification and could possibly apply to certifications across all professions, including the playground safety inspector certifications. The meaning of credential included the training for the certification itself, the various experience factors of the teacher, the resources needed to do the job and the policies in place. This broader meaning, however, was also confusing as it diluted the distinctness of the certification itself, but these findings were consistent with previous research.

Kutska Comment: These findings support the notion that credentialing CPSIs on their knowledge of public playground safety standards and guidelines through initial testing coupled with the requirement to re-testing every three years to the current body of knowledge or standard of care has merit. There is a need to stay up-to-date with current safety standards and guidelines in order to remain relevant in meeting the CPSI’s employer need for continuing education on the current standard of care objective thereby improving on the ultimate goal of reducing playground injuries. This has been the National Playground Safety Institute’s primary objective from the very beginning of the NRPA CPSI Certification program. We understand the body of knowledge on public playground management is not static therefore re-testing every three years has been a prerequisite for holding the credential as a CPSI in good standing in lieu of continuing education units.

Studies that Support the Value of Certified Playground Safety Inspectors

No studies were found that examined the effectiveness of the playground safety inspector certification on reducing reported injuries sustained on public playgrounds. Also not found, were previous studies that investigated the primary elements of the hypothesized model on the relationships between;

(a) the beliefs and attitudes of playground safety inspectors and perceived job effectiveness,

(b) their supervisors’ beliefs and attitudes toward the CPSIs’ job effectiveness,

(c) the effect on the actual number of reported injuries.

Therefore, the purpose of this exploratory research was to conduct a study to examine the effectiveness of the playground safety inspector certification on the reduction of reported injuries sustained on public playgrounds in the state of California. In order to accomplish this analysis it would be necessary to study three hypotheses that emerged from Curtis’s study and the elements of the CPSI Certification Effectiveness (CPSI-CE).

A second purpose of this study was to develop a model to identify the three primary elements of playground safety inspector certification and examine how each influences reducing injuries on public playgrounds. The Curtis Playground Safety Inspector Certification Effectiveness Working Model (CPSI-CEWM) was developed to fulfill this need and focuses on the impact these elements had on creating an effective playground safety inspector. Ultimately Curtis was looking to substantiate any measurable positive impact and value CPSI certification had on improving the quality and safety of their agencies playgrounds while reducing the number and severity of injuries.

Stay tuned, Part 2 of this article will look at the studies that helped frame the research conclusions and the relationship and the impact each has on the effectiveness of the CPSI on reducing playground injuries.