Standards as a Measure of Consistent Performance 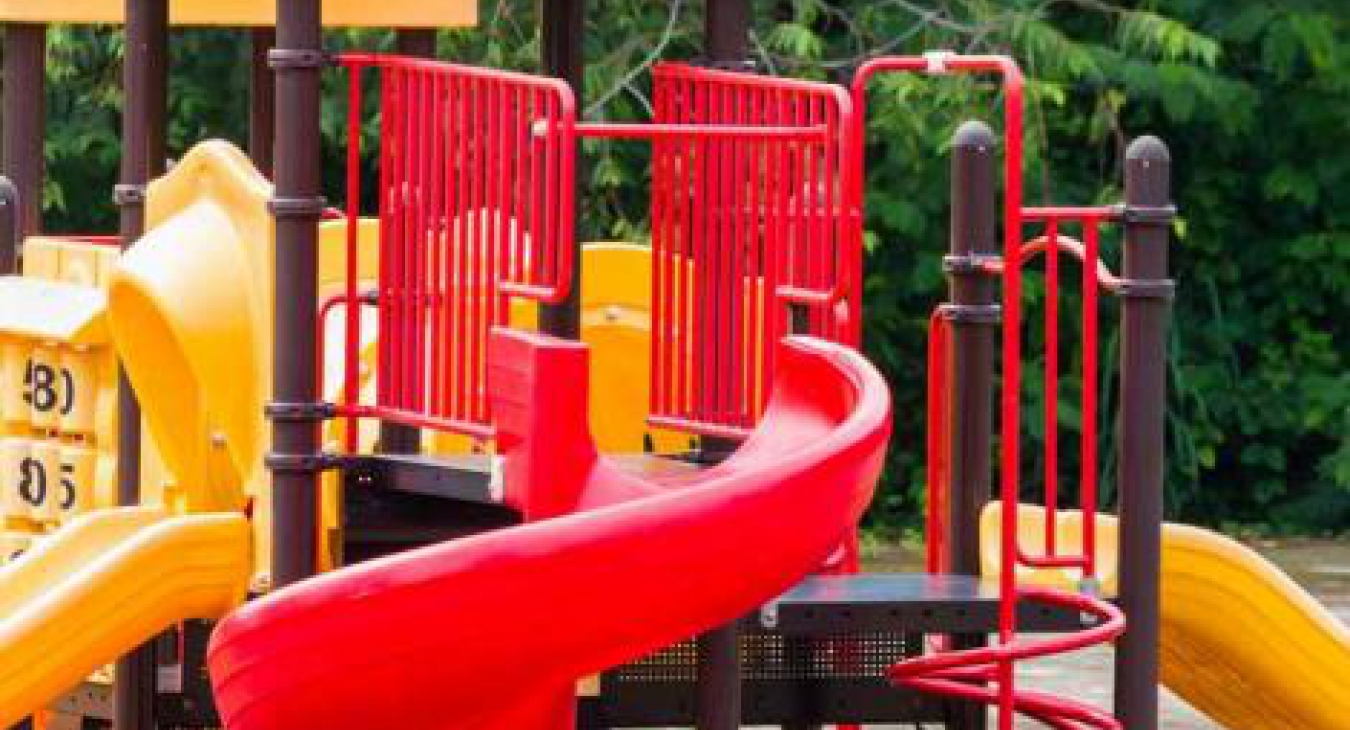 Standards as a Measure of Consistent Performance

The aim of Standards is not to open a door to endless wisdom, but to put a limit to endless errors**

Where would owners, designers, regulators, manufacturers, installers and anyone providing products or services anywhere in the world be without standards? Standards form the foundation, setting the bar, not always the highest bar, for performance of goods and services provided from around the world to domestic and worldwide markets. For the playground industry this means that play components and surfacing can be designed and/or manufactured in the United States, Canada, Europe or, China etc. and shipped and installed to any other country around the world and provided they meet a measureable standard, they will be accepted by the owner and opened to children for play. Picture the chaos if everyone used their own probes, gauges or measurements. Playgrounds would be in massive confusion and non-payments for noncompliance and the lawyers would have a field day.

There can be confusion for purchasers as manufactures claim compliance to a standard, which is not necessarily ASTM F1487. This is the case with many of the new structures that are being installed in projects around the United States. The logical question is; then why so many standards; ASTM, CEN, CSA, etc. for play structures? Good question for play equipment standards, but the same cannot be said for protective surfacing standards. While play structure standards all set the injury threshold as prevention of fatality, serious or debilitating injury and for falls set fall heights for specific components, the protective surfacing standard establishes the test device, the test method and a pass/fail value.

Protective surfacing, there are two dominant standards, ASTM F1292 and En1177 and they rely on the single device, the 4.6kg (10.15lbs) hemispherical metal headform that has extensive technical requirements covering their design and building. For testing a surface the headform is dropped a minimum of three times from the same height to the same location. The deceleration due to gravity (g) and calculating the Head Injury Criteria (HIC) for each drop are recorded and reported. The pass/fail is calculated and even here both standards provide similar requirements.

The pass/fail in ASTM F1292 is that from the drop height for the test, the average g of the last two of three drops shall not exceed 200g, while the average HIC value for the last two of three drops shall not exceed 1000. For the CEN En1177-08 the height at which the HIC exceeds 1000 following a series of 4 sets of three drops shall be higher than the fall height of the structure. The child should never find themselves at a height above where the pass/fail is exceeded. Both standards use the threshold of 1000 them identical with some exceptions which will be explained, particularly in the context meeting national standards. For those in Canada thinking that they are unique having the passing of the 200g and 1000 HIC threshold with a field test, must understand that the CSA Z614 requires that the procedure used to perform the field test is either ASTM F1292 or En1177. Since 1999 the Triax2000 has been compliant with both international standards as are the Triax2010 and wireless Triax2015.

Everyone testing to ASTM F1292 or EN1177 must be using the same device in the performance of the drop test with the only variations being in the actual procedure and therefore it is instructive that we understand which parts are the same and then the differences and if the differences have any consequence in the choice a playground owner might make in relation to the prevention of injury for their children.

The history of the impact measuring test devices is the same for the ASTM and CEN. Back in the 1950s and 60s the military and automotive industry performed experiments on animals with similarities to humans and human cadavers to determine the maximum deceleration in g that the human head could tolerate and not result in a fatality, but could still result in severe brain damage and dysfunction to the injured party. This was used to determine a threshold of 200g. A consequence of the early studies was that each impact had a duration in time and this time along with the maximum deceleration was a factor in the resulting head injury and death. This resulted in the development of the Wayne State Tolerance Curve and Gadd Severity Index in the 1960s. Later though a modification of SI in the early 1970 by Versace, the HIC was developed and adopted by the US National Highway Transportation Safety Administration. In 1980, the US CPSC adopted the 200 g threshold, presumably using and ASNSI C headform, and this was later adopted into for first ASTM F1292 in 1991, the HIC was added in the 1993 revision. A detailed explanation how these values were viewed around the world is discussed in the COMSIS report commissioned by the CPSC and published in 1989.

These standards place children at a very high risk of significant injury that will have fatal or life changing consequences, therefore it is critical the measurements are accurate.

ASTM F1292 provides Appendix X1, which plots the risk and severities of injury as measured using the Abbreviated Injury Scale (AIS). This appendix outlines the types of injury that could be expected and the risk of that injury at various values of HIC. The sobering fact is that a value of 1000 HIC comes with a 16% risk of AIS >4 that is described as “Cerebral contusion, loss of consciousness for more than 12 hours, with intracranial hemorrhaging and other neurological signs, recovery uncertain.” Being able to measure this risk accurately and consistently is the purpose of all of the technical detail of ASTM F1292.

In Europe, the surfacing standard follows the automotive path and the introduction for the EN1177, 2008 includes the following; “NOTE: The HIC value of 1000 is merely one data point on a risk severity curve where a HIC of 1000 is equivalent to a 3% chance of critical injury (MAIS 5), a 18% probability of a severe (MAIS 4) head injury, a 55% probability of a serious (MAIS 3) head injury, a 89% probability of a moderate injury (MAIS 2) and a 99.5% chance of a minor head injury (MAIS 1), to an adult male.” In the 2008 revision there was the addition that the duration calculated for HIC must be greater than 3ms, which prevented hard surfaces that would not meet the 200 g threshold in ASTM F1292 to also fail in the EN1177.

There is the same device and generally the same thresholds around the world, but that is where the similarities end. The laboratory test in ASTM F1292 is designed to help the purchaser of playground surfacing systems determine the system that is most suitable to them by requiring the determination of the Critical Height (the point at which the surface exceeds 200g of 1000 HIC) to be at 25oF, 72OF and 120oF to show how the system performs in most conditions throughout the year. The EN1177 laboratory test is performed at 74OF. The key to the laboratory test results is that when the data is presented that no matter where in the world that the testing is performed it is accurate and consistent. Of all of the laboratories in the world performing the testing, TUV Sud America (also the IPEMA validator) has 1 Triax2015 system and 2 Triax2010 systems, Testing Services Inc. has a Triax2000 system, TUV Austria, AIJU Spain, Belgium national lab, TUV Sud PSB (Singapore), CCEP Australia amongst many others all have Triax2000, 2010 or 2015 systems, ensuring consistency of the test results around the world. A full list of testing laboratories is available on www.Triax2015.com.

The ASTM F1292 requires that the system installed must be identical in all respects to the system that is installed. One advantage of the IPEMA testing, although a slight modification of the full F1292, is that they also publish the thickness of the surface to allow preliminary site inspection that should then be followed with a field test using a compliant system. For the field test F1292 allows for the owner to select a drop height greater than the fall height and to select lower values for g and HIC provided this is done prior to purchase. These options provide functional longevity and better injury prevention for the surfacing system. Given that there are more than 400 Triax2000, 2010 or 2015 systems around the world it should not be difficult for someone to find a device that meets both the ASTM and En Standards and provides the values they need to protect their children and avoid liability.

Both the ASTM F1292 and EN1177 require calibration at least every two years and procedures in each standard ensure that the devices are performing certain self-checks and confirmation tests including prior to use drop tests on a known reference surface (MEP). This is outlined in great detail in Annex A1 of F1292. This ensures that the data that is collected and preserved along with the impact graphs are valid and traceable to the calibration of the accelerometer. Because persons performing the testing are not always trained laboratory technicians and well versed in or understanding of laboratory procedures, they will need to understand all of the nuances of Standards. It is for this reason ASTM F1292 section 7 requires that the person performing the test also participate in training. For the Triax systems this full day training has been provided around the world through Alpha-Automation Inc. and Canadian Playground Advisory Inc., since 1999 with more than 2,000 people being trained including many national testing laboratories and consumer protection agencies such as the Taiwan Children’s Commodities R&D, and AIJU in Spain and the US CPSC. There is a growing group of professionals who have completed the training and have access to the devices that can be used to protect children at play. A list of trained professionals performing testing in the field can be found at www.playgroundadvisory.com

Effectively, playground surfacing standards have a long history based in automotive science and the prevention of head injuries. The common denominator for the provision of injury prevention in playgrounds are the Triax systems and now with the wireless Traix2015 testing and confirming that children are being protected is readily available. Failure to comply with ASTM F1292 or using approximations puts children at risk for severe injuries and owners at risk of not meeting regulatory requirements or falling afoul of a major liability claim. Costs associated with the medical treatment for brain injuries can exceed many other medical remediation and rehabilitation.

** paraphrased from Bertolt Brecht in the “The Life of Galileo”

I have a new playground

I have a new playground safety surface that has been tested by the US Testing Coperation and has the highest fall safe rating than any other product on the market.

Standards are the lowest

Standards are the lowest acceptable level of doing or not doing something. Standards that are a bar or high than the lowest level are the ones that increase lawsuits in this industry. That is why the playground industry is so full of claims and litigation. Because standards became goals not the lowest level that the law defines. See these articles for a better understanding
http://rec-law.us/1cHgzVg
http://rec-law.us/1gOLpju
http://rec-law.us/zGC4DZ
It is this misunderstanding of standards that has lead this industry down the path where it now stands defending litigation and losing.