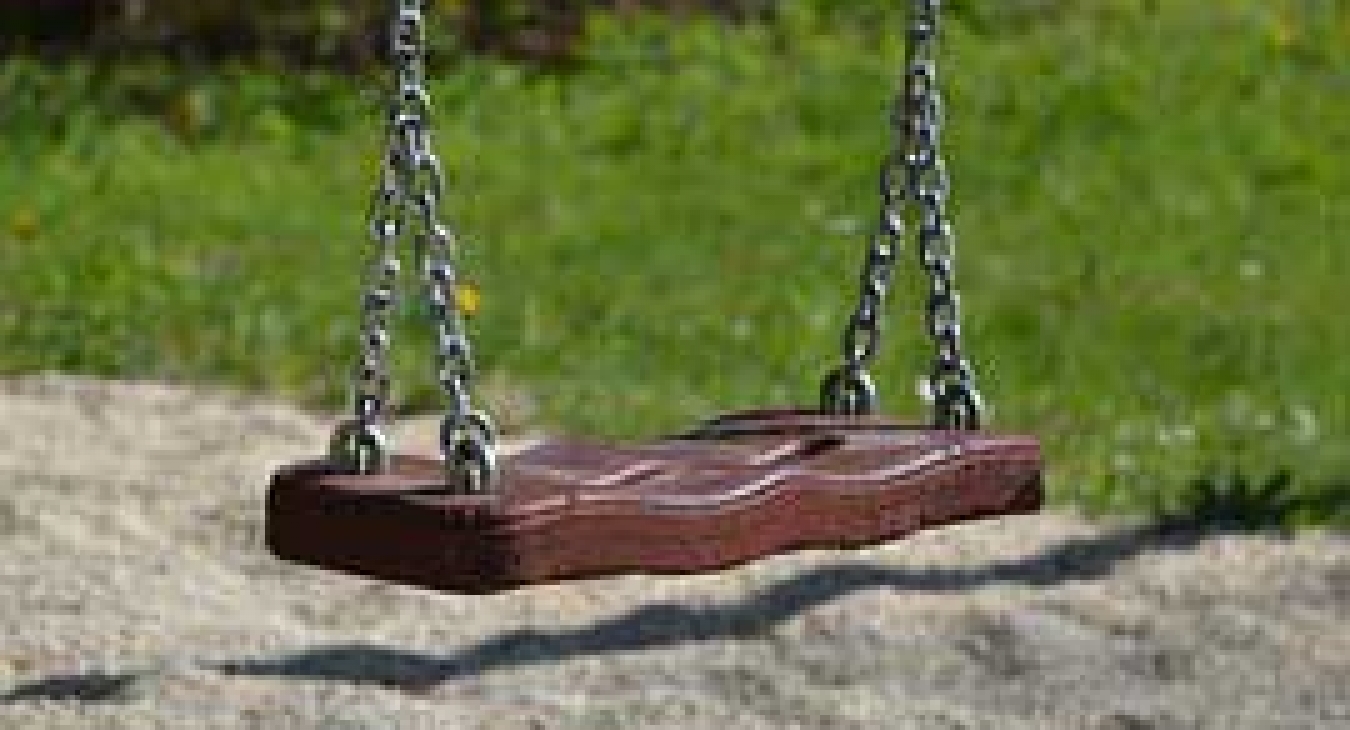 Benefits of Risky Play vs Too Much Regulation vs Unintended Consequences

Where has this debate on lowering the HIC threshold got us to date?

We have expended a tremendous amount of human and financial resources, and we seemingly appear to have made no real progress. Fall-related injuries continue at the same rate year after year. Many playgrounds are neglected by those responsible for their day to day existence. Caregivers neglect their responsibilities to supervise those under their care. And when an injury occurs, nobody wants to take full responsibility for their actions, so they spend more money, time, and effort trying to place blame on someone else. This paradigm needs to change. More money, time, and effort needs to be spent on educating the general public and those responsible for the management of these playgrounds. This is not ASTM’s responsibility. Owners need not seek new revenue sources for training those staff responsible for the purchase, design, installation, inspection, and maintenance/repair of their playgrounds. What they need to do is redistribute existing funds and human resources from within their operation to address their minimum responsibilities as stated in current standards and guidelines.

Some still call for research related specifically to the playground environment and not the automotive industry. What do automobile impact injuries have in common with a child’s playground? Some still argue there is no relevance to this discussion. We need to remember why the playground safety movement began and from where we got most of the scientific research assistance to address the known injuries based on the current user patterns of the 1970s, ’80s, and ’90s.

What have we learned from the past about fall-related impact injuries?

The current surfacing performance impact threshold was based on the best information available in the early 1970s. Dare I say times have changed? There is much more medical and biomechanical research available today than when the ASTM and CPSC first looked at reducing fall-related impact injuries. We now have the ability, if we choose, to evaluate the performance of each and every playground surface in the field and do not have to rely on some laboratory test that was done on some samples made in a controlled environment and tested according to the ASTM F1292 laboratory test. How does that laboratory performance test translate to what is actually installed on site?

We know surface systems which do not exceed the 200g and 1000 HIC threshold are compliant.

We know that most serious head injuries do not occur from a fall in which the user lands head first.

We know that today’s standard risk curve shows a 15% probability of a life-threatening head injury.

We know the current standard scope is to address serious head injury, and not long bone fractures.

We know many long bone fractures could be classified as severe and debilitating by most international health mandates for children's injury prevention.

We know this severity level for these types of injuries would not need to be addressed by the current scope of almost every international standard in existence.

Today, what we are learning is there is more supporting evidence that the frequency of fracture probability as a consequence of impact decreases when the fall results in a G-max of 250 to 200 to 150 to 100.

Lastly, but maybe most importantly, we seem to be willing to ignore the fact that whatever performance threshold we select shall reflect the desired outcome of our standard’s scope.

What is that magic number for our surfacing standard? I do not know, but people much smarter than I have suggested that a G-max threshold of 100 would significantly reduce both the frequency and severity of fractures and serious head injuries. This can only be accomplished by lower fall heights or better performing surface systems. In 2011, ASTM F1487-11 reduced the swing impact test threshold to 100g and 500 HIC without any negative concerns raised by the voting membership. The Canadian Standards Association for public playground equipment (CSA Z614-14) uses exactly the same threshold as the ASTM Standard. Many years before the ASTM took action on swing impact thresholds, the British Standards Institute (BSI) reduced their playground swing impact threshold to a maximum peak G of 50, which is half that of the current threshold used in the ASTM and CSA Standards. The BSI standard was subsequently adopted by the German DIN Standard prior to the creation of the European Standard.

The BSI reduced their swing seat as a result of the research of Sutcliffe Play Ltd., a leading manufacturer of swing seats worldwide. This research was conducted to reduce the impact of traditional wooden bench swing seats being used up until the late 1970s. During the late 1960s and ’70s, there was increasing concern about the safety of playgrounds in the UK and elsewhere. There were a number of highly publicized accidents that formed the basis of a playground safety lobby. Research was also published by Dr. Illingworth in 1975 showing that the majority of accidents were the result of falls to the surface and by children being hit by wooden swing seats. The largest single cause of injury in playgrounds was due to impact with hard surfaces, and head impacts accounted for the majority of the serious injuries reported. It therefore followed that the provision of energy-absorbing surfaces would do much to reduce the incidence and severity of playground accidents.

At this time, Sutcliffe Rubber Company was already working in the field of play and sports, making gym and cricket matting, as well as rubber components for the automotive industry. Sutcliffe realized that if they combined their expertise in metal-to-rubber bonding, with their knowledge of the play market, they could increase the safety of playgrounds. Consequently, they developed and patented this flat rubber safety swing seat in 1976 and the first rubber impact-absorbing surface.

Sutcliffe’s research followed the standard adopted by the Franklin Institute Research Laboratories of Philadelphia for impact commonly found in the automobile industry. The Franklin Institute, the most prominent of American mechanics institute of its time, was established in Philadelphia in 1824.This standard, adopted by Franklin Institute, used a maximum peak G of 50, with any impact over that considered to be unsafe. Sutcliffe did a lot or research and testing with the Institute to come up with a superior seat that would perform well below the standard of 50g. Sutcliffe utilized the theory of buckling struts, which is commonly used by the automobile industry to absorb energy. In the swing seat, buckling struts are created by a cellular structure of two rows of holes, which deform on impact should the seat hit a child. The new seat peak G impact was just 4% of the wooden seat.

The British Standard and the EN Standard now require an impact threshold of less than 50g for swing seats less than 900 mm or 36 inches in diameter and less than 125g for seats greater than 36 inches in diameter. There is no reference to the HIC equivalent to G-max. I am not aware of what BSI or EN’s rationale is for the 50g and 125g numbers other than the historic significance of Sutcliffe and the Franklin Institute’s adopting the standard of a maximum peak G of 50 to address the likelihood of serious head impact injury and possibly the zygoma skull fracture impact data.

The ASTM F15.29 Subcommittee’s Swings Working Group rationale for reducing the swing seat impact threshold to 50% of the current surface impact compliance threshold allowed that this new Dynamic Swing Impact Test Method would reduce the likelihood of a serious swing impact head injuries and allow for larger multi-occupancy swing experiences. This change was therefore thought to be within the scope of the current standard for injury reduction and allow more challenging swinging experiences.

FACT: All international playground safety performance standards have used the automotive industry research more frequently than they may realize as the development of the swing seat impact performance standard illustrates. Today, other standards development efforts are using the automotive industry research to make consumer safety improvements to reduce injuries to children. This argument no longer holds water.

The initial research which has created the current F1292 Impact Thresholds of 200g and 1000 HIC came from research completed on behalf of the U.S. military and the automotive industry. Had ASTM or CPSC waited for playground-related injury research to quantify and support the need for lower swing impact and surfacing impact thresholds, we still would not have a standard.

FACT: A reduction in HIC from 1000 to 700 will lower the current 15% probability of a serious head injury to less than 5%. Five percent probability of a serious head injury is considered statistically insignificant, and therefore the chance for a serious head injury is almost non-existent. This number reduces the severity of injury based on the Abbreviated Injury Scale (AIS) from a solid 4 (severe, life threatening, survival probable) to a 3 (serious, debilitating with a legacy of more than one month). Lowering the HIC to 700 would also significantly lower G-max. The logic of the EN Standard not exceeding an impact of 125g for a swing seat greater than 36 inch in diameter suggests there might also be a reduction in long bone fractures. Unfortunately, there currently does not appear to be any empirical research to give us that quantitative answer many seem to be demanding before they will entertain any reduction to current F1292 threshold levels.

The Sutcliffe Rubber Company’s safety swing story is interesting one in the history of children’s injury prevention. It has some relationship to the playground surfacing performance dilemma we find ourselves wrestling with for almost a decade. While swing impact injuries were only a small number of the total playground injuries in the UK, the severity of these injuries were a concern to many. Sutcliffe conducted research and development on how to reduce impact injuries caused by the typical wooden bench style swing seat. They used standards adopted by a reputable mechanical engineering institute that was being used in the automotive industry to reduce impact injuries. The Sutcliffe Rubber Company was already making products for both the automotive and playground industry. They started with playground surfacing rubber safety tiles and now swing seats. It did not take Sutcliffe Rubber Company years to bring their seat to the marketplace. I bet the seat almost sold itself with the assistance of a great piece of marketing literature. I would venture to say that there was a great deal of expense placed on developing such a seat. There was the ongoing cost to the playground owner to comply and purchase and replace these seats as necessary.

The British Standard swing impact requirement was far more restrictive than anything in the current international standards. They were able to convince the Germans to adopt the requirement in the DIN Standard. Later, it has been adopted in the current EN Standard with some additional modifications. Were there calls for risk benefit analysis before making this a requirement?

This playground compliance requirement is currently more severe to that of Canada or the USA for such a small number of severe injuries. They and we both know that if a child is hit in the head by an empty hard wooden or metal or even a hard rubber swing seat, they can sustain a serious head injury. That is why the standard was created. We also know that if a child falls on surfacing that is installed and maintained to the current thresholds, they stand a 15% probability of sustaining a life-ending injury, yet we have not moved to reduce these thresholds. Thankfully, there aren’t many young children that have lost their lives falling on a playground. Tell that to the parents of a child that did.

Right on. IT IS TIME FOR PLAYGROUND PROVIDERS TO EMBRACE AND PROVIDE
SURFACING THAT MINIMIZES FALL INJURIES.