Time to Prevent Concussions in Playgrounds 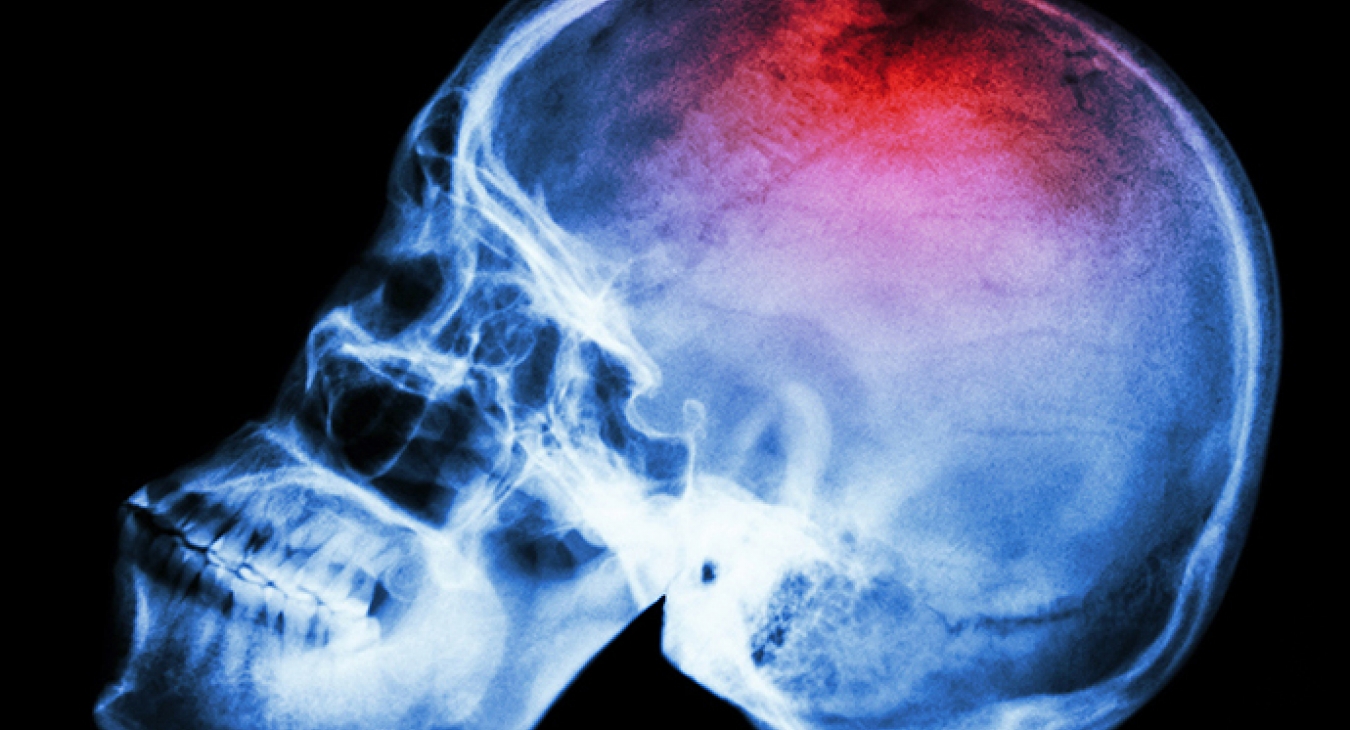 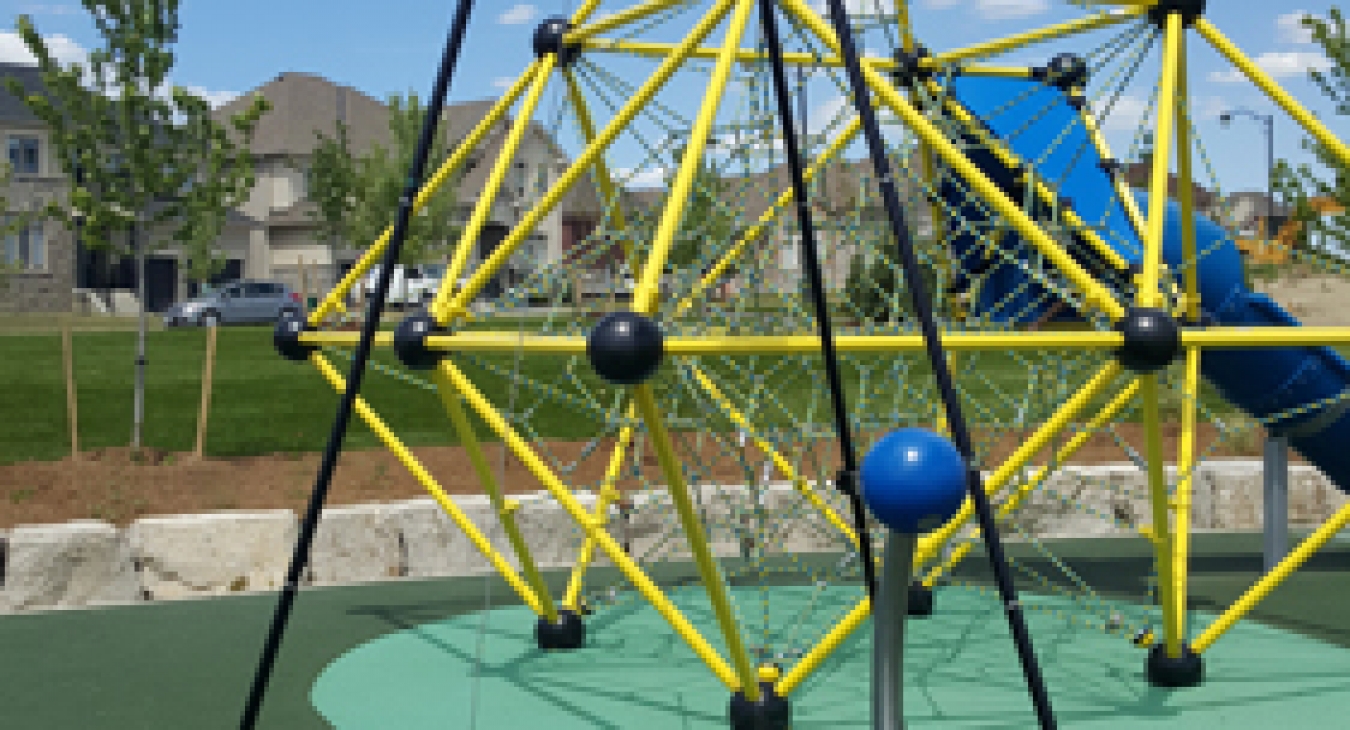 There are two very opposite views of injury prevention in playgrounds. We have those who have long recognized the devastating effects of head injuries in playgrounds1 ,2 ,3 ,4  , which includes a high enough frequency to be a public health concern5 ,6 ,7  , while others dismiss the issue as non-existent,8  inconsequential,9  statistically immaterial,10  having no merit or not been thought through.11  It would appear that two recent studies provide critical information that concussions are occurring in playgrounds at increasing rates12  and pediatric concussions are more complex and debilitating than previously reported.13  These are the latest studies in a more than 45 year history of information related to injury prevention on playgrounds and it is time that prevention mechanisms are put into place to ensure that this devastation is significantly reduced.

The recent study by the CDC, outlines the problem of concussions as a result of falls in playgrounds is not going away, in fact it is increasing. 14  Where children present with multiple injuries such as fracture and concussion, the fracture is captured leaving the concussion15  as unaccounted for in the statistics resulting in a significant under reporting16 . Almost released simultaneously is the study reporting that childhood concussions of the type documented by the CDC, take as long as two years to resolve17 . The CDC also reported that the injuries actually are taking place in playgrounds and are the result of falls to the surfacing.

Remember, it is not so much the type of play structure you fall from, but the height from which you fall in less than a second and the sudden stop on the surface that causes the “unreasonable injury”. So is this a problem? Why is it children and not the general population? For whom is it a problem? Why after more than 50 years has this problem not been addressed? What are the roadblocks to solving the problem? Does this need outside intervention?

Someone would have to have been living under a rock for the past 15 years to not be aware that concussions are devastating and if not treated and resolved, lead to life-long complications and in some cases suicides. We are a long way from what ASTM18  and CSA19  have long called for. The prevention of the life-threatening injuries. Alternatively the CEN20  approach is to prevent accidents with a disabling or fatal consequence. The question to every parent, grandparent, caregiver and owner is what severity of injury you are prepared to accept being sustained by your child at the playground. A serious injury such as a fracture requiring surgery, concussion or other injuries requiring medical treatment are likely the limit. Standards still reside in the realm of anything, but hopefully not kill a child, while society, public health and governments are at the prevention of serious and debilitating injuries, which includes concussions.

The message of the various playground injury studies and particularly the CDC paper, is that over the last 50 years falls to the playground surface have by far been the major contributor to playground injuries and this has not changed. This is not, as the CDC has pointed out, for the lack of standards or the technology to test performance, but the resistance around the world to require and ensure confirmation in the field that the surfaces on which children are falling, complies to the performance of standards even if that just takes a child to the risk of being at the brink of death. The only playground standard in the world that requires field compliance is the CSA Z61421 , which has required this since 1998. Failure to move forward runs the risk of regulators stepping in and making changes. Worse is the threat of law suits when an injury occurs. These outcomes are preventable.

Every playground standard in the world requires the installation of a surface that provides a Gmax <200 and/or HIC <1000. These are the values for a 10% risk of skull fracture and severe head injuries that could cause death. A sad fact is that manufactures do their level best to install surfaces that just meet these requirements at the time of installation. This is evidenced by the publishing of “critical height” information for surfaces and recommending that this be equated with the minimal fall height of the play structures, without consideration of “reasonable foreseeable use”. Reliance on this “critical height” data without the confirmation of the installed surface performance with a field test, place children at even greater risk and gives owner/operators a false sense of security that they have met the requirements of the national standards.

If there is the ability and performance to test compliance in the field, why is it not done? The first argument is that the cost will be astronomical and playgrounds will never be built again and children will suffer play deprivation or play in locations more hazardous than the formal playground. Nothing could be further from the truth. Back in the late 1990s, the Ontario government mandated that all structures and surfacing in Child Care, be inspected and tested annually to the requirements of the CSA Z614 as a precondition of licensing. This has by no means diminished the quantity of playgrounds and has enhanced the quality and prevention of injuries. There is not a second argument. On second thought it could be that manufacturers concerned with failure and replacement cost just want to stick with their laboratory test certificates. Really there is not third argument.

Most standards require compliance in the field, the problem is the language makes it implicit and often does not make explicit. The easiest standard to look at is the CSA Z614 which requires in section 10.4.6 “Periodic site testing of the installed protective surfacing shall be performed”. In ASTM F1487 there are multiple references to surfacing requirements; 7.1.1 requires the accessible route to meet F1292; 9.1.1 requires a use zone with a surface that meets F1292; 11.2.2 requires the installation of a surface that meets F1292; 13.2.1 requires the owner/operator to maintain the surfacing to F1292, while 13.3 requires the owner to maintain detailed records of compliance. In Europe, EN1176-7 requires an annual inspection of the overall safety level of the playground, including surfacing.

The compliance of a surface is performed with a sophisticated scientific device that is defined in both the ASTM F129222  and En117723  Standards and cannot be determined visually or with a magic toe, egg or parcelled together device. The use of compliant devices ensures consistent data that owner/operators can know that they actually comply with their national standards. Some of the devices provide proprietary software that ensures tamperproof records that will stand the test of time and scrutiny should regulatory or legal oversight be necessary.

Protective surfacing is typically installed at or close the critical height (pass/fail) limit. Synthetic surfacing almost always fails the test either at the time of installation or shortly thereafter. It is for this reason that ASTM F247924 , the Guide for Poured-In-Place in section 6.4 states; “Consideration by the owner/operator to test the surfacing system in the field after installation and periodic testing thereafter will determine whether the surfacing system is in compliance with Specification F1292. The owner/operator is required to stipulate the drop height(s) for the test prior to purchase of the surface. The owner operator may stipulate a higher drop height for testing than the fall height stipulated in the applicable equipment standards.” Further section 6.5 states; “Field testing in accordance with the procedures set forth in Specification F1292 should take place following the total cure of the surface system to provide values that are reflective of the surface as intended. A strategy to ensure the testing of the surface takes place, is to build the cost of the testing into the total budget price of the surface from the contractor.”

When the option for playground surfacing ranges from loose fill sand and gravel to loose fill woodchips and Engineered Wood Fiber to synthetic surfacing, cost is always a concern. Tiles, poured-in-place and synthetic turf are the highest capital cost systems and because of the investment alone should be tested at the time of installation and for the entire five year warranty period. There is also very little that can be done other than expensive replacement when the system fails. Generally loose fill can be maintained to remain in compliance. Testing can be taken as either a cost within the construction contract, protection of the investment or the ongoing maintenance of the playground. The CSA Z61425 ,26  section 11.1.1 requires “The cost of inspection and maintenance shall be considered and incorporated into the budget at the time of design, purchase of equipment and installation.” This will ensure compliance and maintaining a budget that will be acceptable to all.

Beyond the standards we have the laws and regulations around the world that encompass playgrounds and could very easily be brought with full force to the playground. The United States has the DOJ (Department of Justice) 2010 ADA Standards for Accessible Design that requires compliance to ASTM F1292 in each and every playground. Additionally there is the Consumer Product Safety Commission (CPSC) Handbook on Public Playground Safety (Handbook), which not only stipulates F1292 as the surfacing test, but also states that the fall height of the playground shall be the fall height of the highest component in the playground and the critical height is to exceed this fall height. In some jurisdictions, such as California, the CPSC Handbook is set as the requirement of their Public Health and Safety Code.

The United States and Canada have Consumer Product Safety Acts that require prevention of serious injury that includes concussion, while Europe has a General Product Directive amongst others that require prevention exposure to serious risks and hazards. Given enough concern, any of these laws can trigger the intervention of regulators to make changes that should have been made anyway. In the United States and Canada the two papers by the CDC and York University that started this discussion could just be the catalyst to trigger this action.

Rolf,
Thank you for this extremely well written and presented information on Playgrounds and Concussions.

Spot on. There is absolutely

Spot on. There is absolutely no justification for owner /operators of our playgrounds not to require, provide,maintain and monitor safety surfacing.