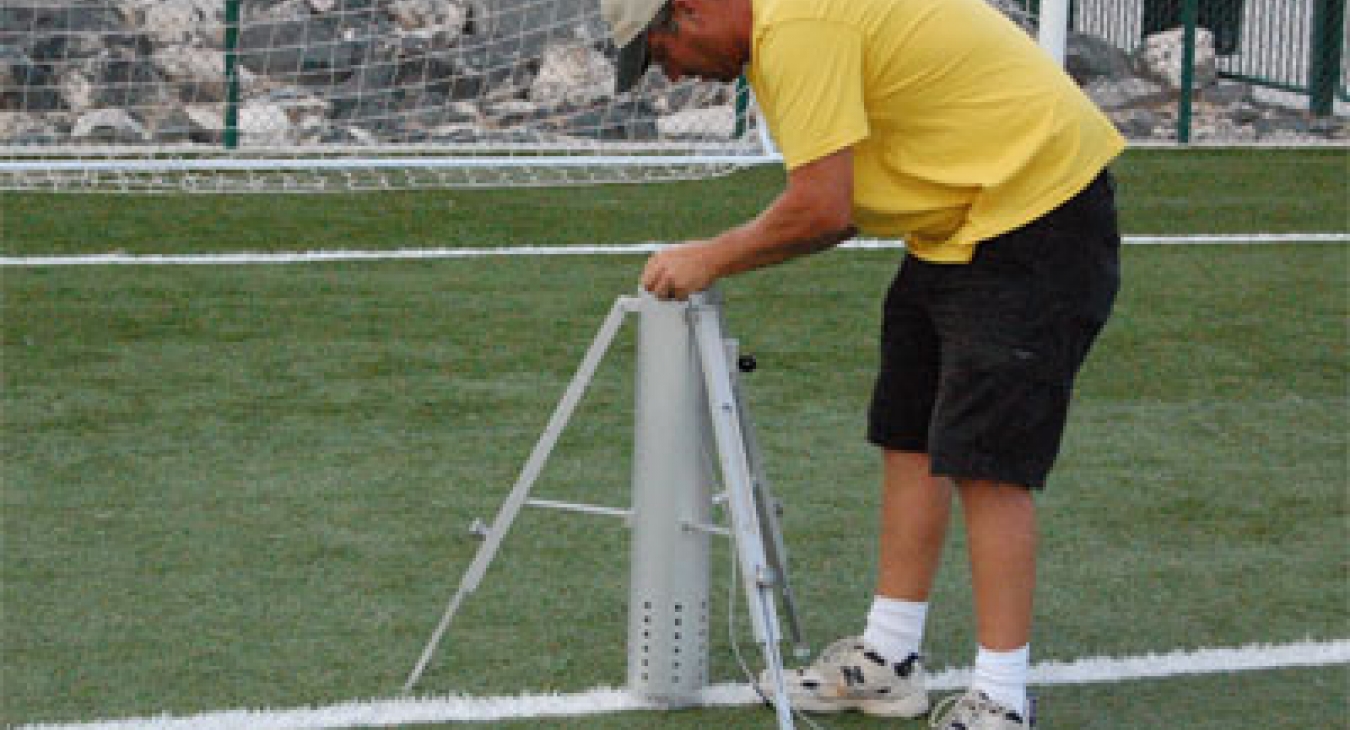 We recently had a very interesting event occur. One of our clients (a very large school district) requested that we test some of the surfacing that they had just installed at two of their elementary schools. This was not an atypical request, we test surfacing on playgrounds and playing fields around the country every week of the year and have conducted playground and playing field surfacing testing for many years for this agency. It became interesting when we asked what the fall height of the equipment was.

In the field, playground surfacing and turf playing systems are tested by different machines. My company owns each type of machine: The TRIAX (for playgrounds) and the “A” Missile (for playing fields).

You might wonder which ASTM applies to playground surfacing. The ASTM F1292 Standard Specification for Impact Attenuation of Surfacing Materials within the Use Zone of Playground Equipment states: Surveys by the United States Consumer Product Safety Commission (CPSC) and others have shown that falls from playground equipment onto the underlying surface are a significant cause of injuries to children. Severe head injuries are the most frequently implicated cause of death in playground equipment-related falls. Use of appropriate impact-attenuating surfacing materials in the use zone of playground equipment can reduce the risk of fall-related injury. In particular, it is believed that the risk of life-threatening head injuries is reduced when appropriate surfacing materials are installed. ASTM International also says that a person should test the playground surfacing by using: A device or system for performing an impact test in which an instrumented missile is dropped onto a playground surface or surfacing material from a predetermined drop height. The TRIAX is the device that tests the surfacing.

The next question is which ASTM relates to playing fields. The ASTM F1936 Standard Specification for Impact Attenuation of Turf Playing Systems as Measured in the Field states: The impact attenuation of turf playing systems can be measured in a laboratory, but such tests are often conducted under optimal or tightly controlled conditions. To accurately assess the impact attenuation an athlete will encounter on an installed field, that specific field must be tested in situ. That objective was the impetus for the development of this specification. Initially, the stated scope of the specification was limited to measuring the impact attenuation of North American football fields. The scope of the current revision encompasses a broader range of sport-specific field configurations and a protocol for conducting tests on multi-sport fields. ASTM International defines the equipment as: The impacting missile shall be cylindrical with a circular, flat, metal, impacting surface. It shall weigh 20 lb (9.1 kg), and have a 20 in. (129 cm) surface face with the impacting edges slightly beveled to eliminate sharp edges. The “A” Missile is the equipment to test the turf playing field.

Since there is no equipment on the surfacing, the question became: what type of surfacing do we have and what type of test do we conduct? After meeting with the owner’s staff members (designers, on-site staff, and maintenance crew) and the vendor that provided the surfacing types, it was decided that one of the schools surfacing was playground surfacing and one was a turf playing field surfacing. In the end it all worked out – both surfaces did pass the testing, but it did take additional time and effort to get there.

The key to avoiding this type of situation is in the design. An agency must conduct in-depth decision making prior to the development of an order or a request for bid/proposal. Take the time to discuss with the users, designers, and maintenance staff what the surfacing will be used for and then build it for that type of use.

An additional consideration should be maintenance requirements. Every product requires some maintenance. It is vital that you design facilities that are within your agency’s abilities to maintain!

For additional information you may wish to review ASTM International Standards:

ASTM F1292 - 09 Standard Specification for Impact Attenuation of Surfacing Materials within the Use Zone of Playground Equipment http://www.astm.org/Standards/F1292.htm