Mixed Feelings About Playgrounds At Ballparks 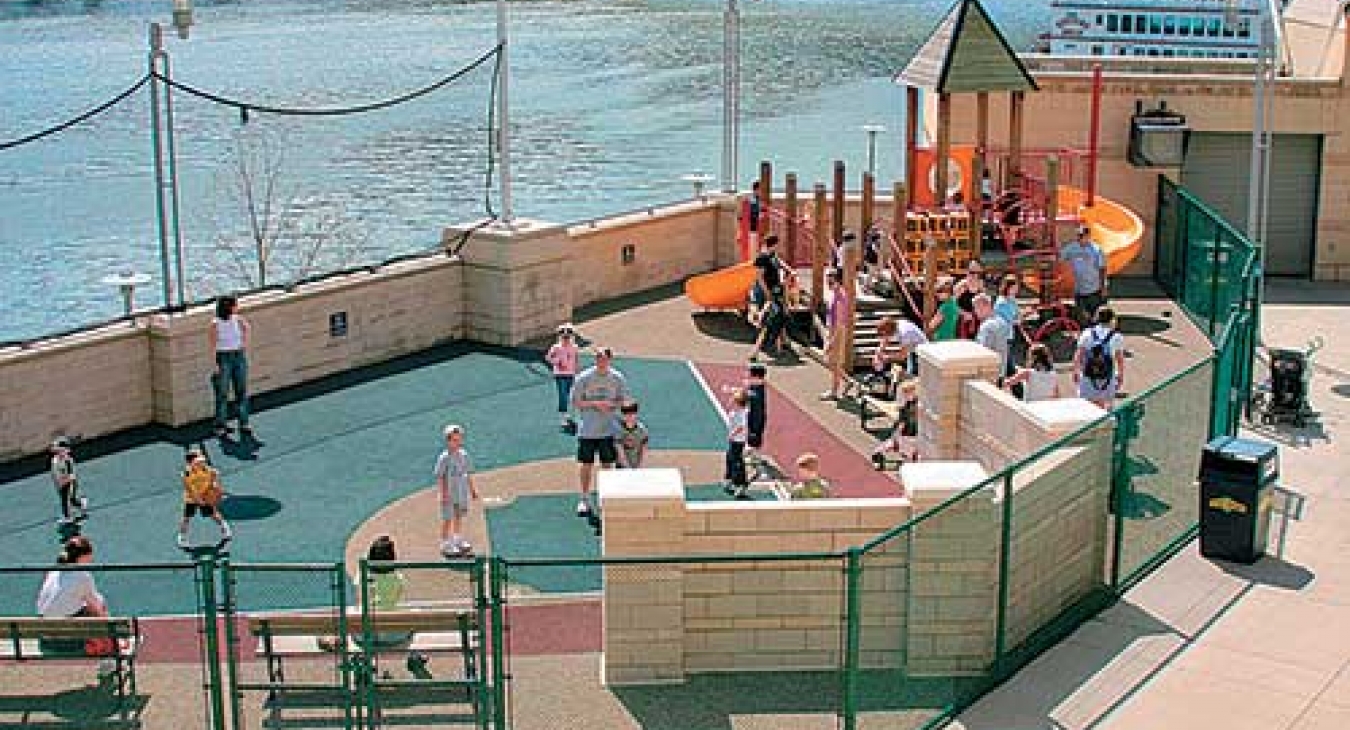 I have mixed feelings about playgrounds—and now a splashpark (which you can read about in News&Notes, “Coveleski Stadium Opens New Aquatic Play Pad For Its Loyal Fans” in this issue)—at ball parks or stadiums.

I find it interesting to see playgrounds being built at zoos and other places of amusement, where you pay an admission fee. I recently read about a new playground at the North Carolina Aquarium at Fort Fisher in Kure Beach, NC. And last summer we did a story on a new splash park at the Phoenix Zoo. Am I the only one who thinks that’s just a little odd?

I know that will raise the eyebrows of some of our readers but I hope our regular readers know by now that I’m all about playgrounds and think they’re a great idea just about anywhere.

Let me explain why I have mixed feelings about playgrounds at ballparks (or stadiums). You see, I consider myself a pure sports fan. When I go to a game—baseball, football, basketball, soccer, whatever, I like to watch the game from start to finish— sometimes even when my favorite team is losing big.

Not all of my kids feel the same way. Oh, they like to go to games with me but with a couple of them, boredom creeps in a little quicker than I’d like. At least it hasn’t happened in the first inning or first quarter—yet. But it usually does happen.

That wouldn’t be so bothersome to me except for really, just one thing: ticket prices. It’s not cheap to get into major league anything these days—even the so called “cheap seats” aren’t so cheap. Ticket prices aren’t bad at our local minor league park, but still…

I love to take my children to games and love it even more when they get into it.

So it’s with mixed feelings when I think about playgrounds (and now a splashpark) at ball parks or stadiums.

Also, who is going to watch them at the playground? Remember, I’m a pure sports fan. I’m going to the game to watch the game.

The way my luck runs, this is most likely what would happen if dad with kids in tow heads to the ballpark and the kids discover the playground (despite me walking the long way to our seats so as to not walk even close to the playground).

“Dad, can we go to the playground?”

“No, not yet. The game hasn’t even started.”

“Can’t you wait until the first inning is over?”

“Dad, the first inning is over, can we go now?”

“How about waiting until after the second inning?”

“Okay, I promise, after the second inning.”

“The second inning is over, let’s go.”

We’ve only been at the playground for a minute or so and I hear the announcer:

“And Andrew McCutchen goes deep to left field, it’s, it’s outta here for a two-run homer. And the Pirates take the lead.”

“Daddy, why is everybody cheering?”

That’s just about how it would go.

I know that sounds a little selfish, but I can take my kids to a park to play on a playground for free. No admission fees there. And my kids will have my undivided attention.

What next, playgrounds at church? Oh wait…