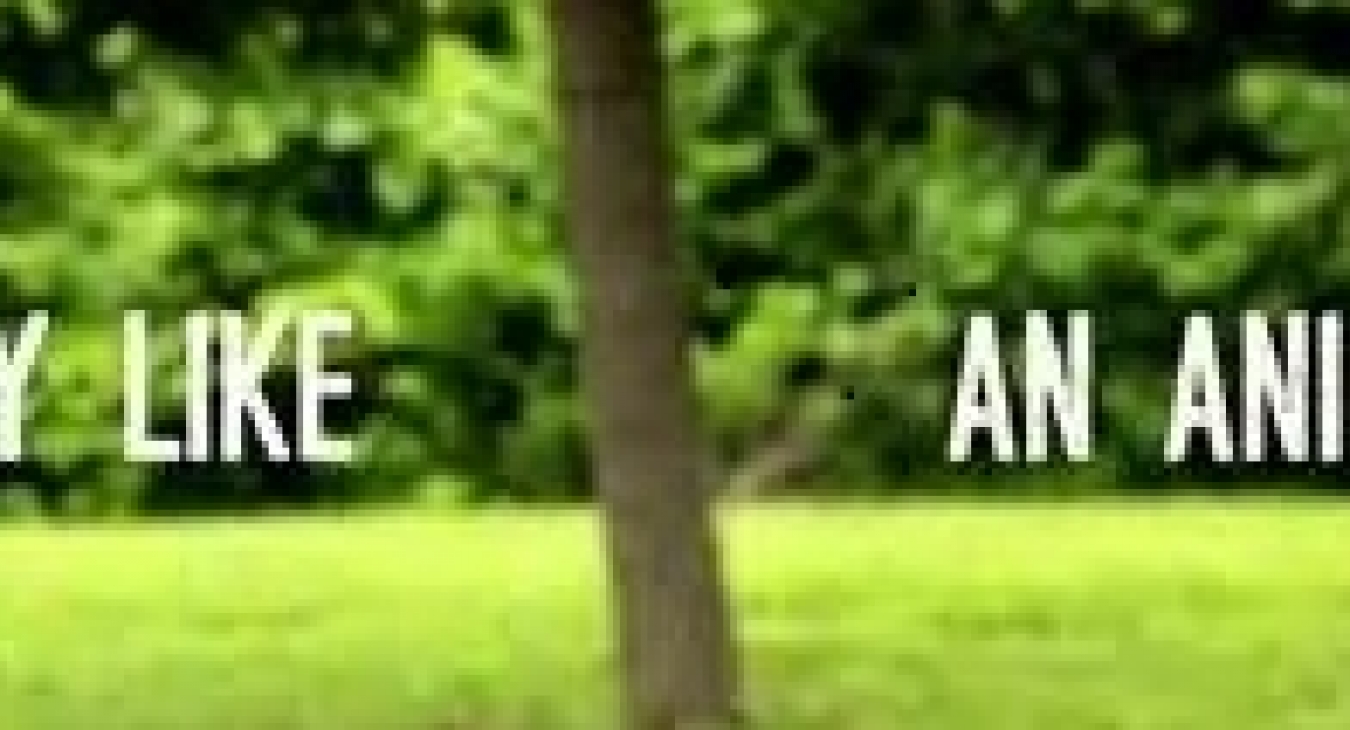 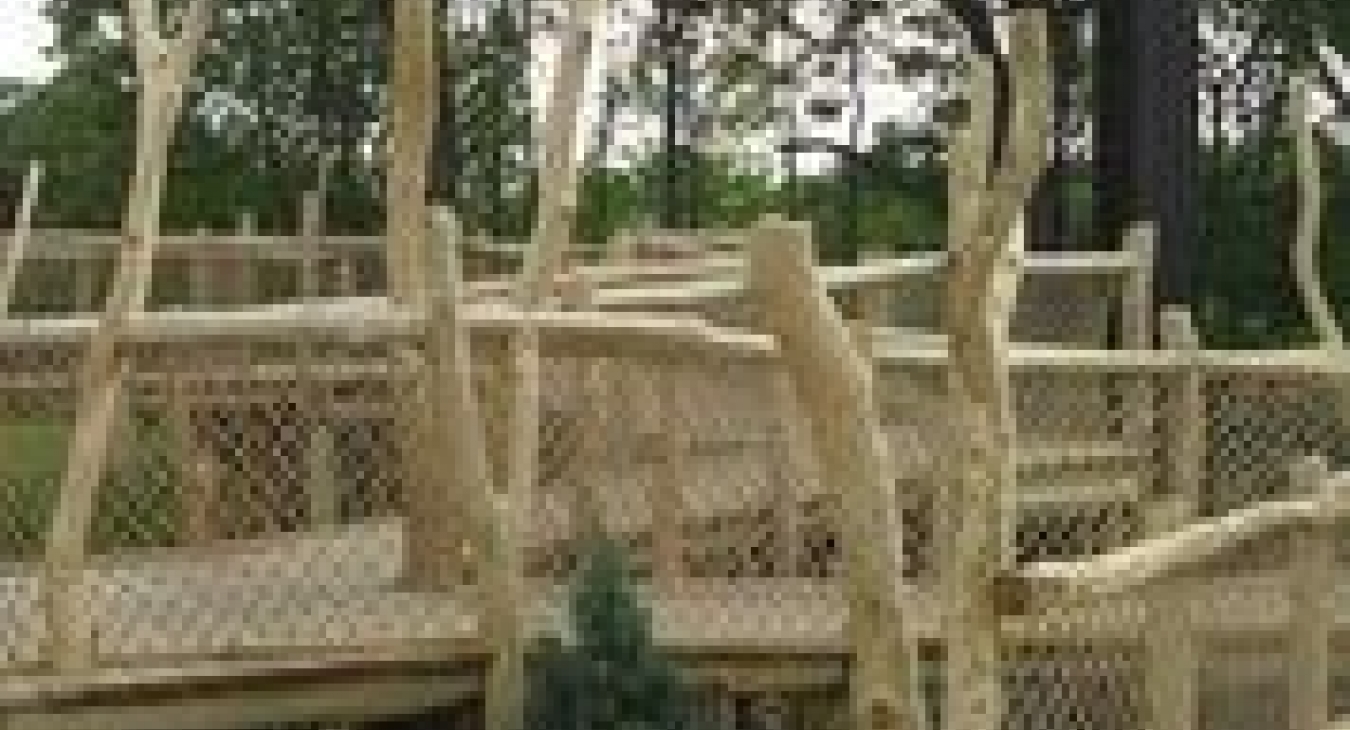 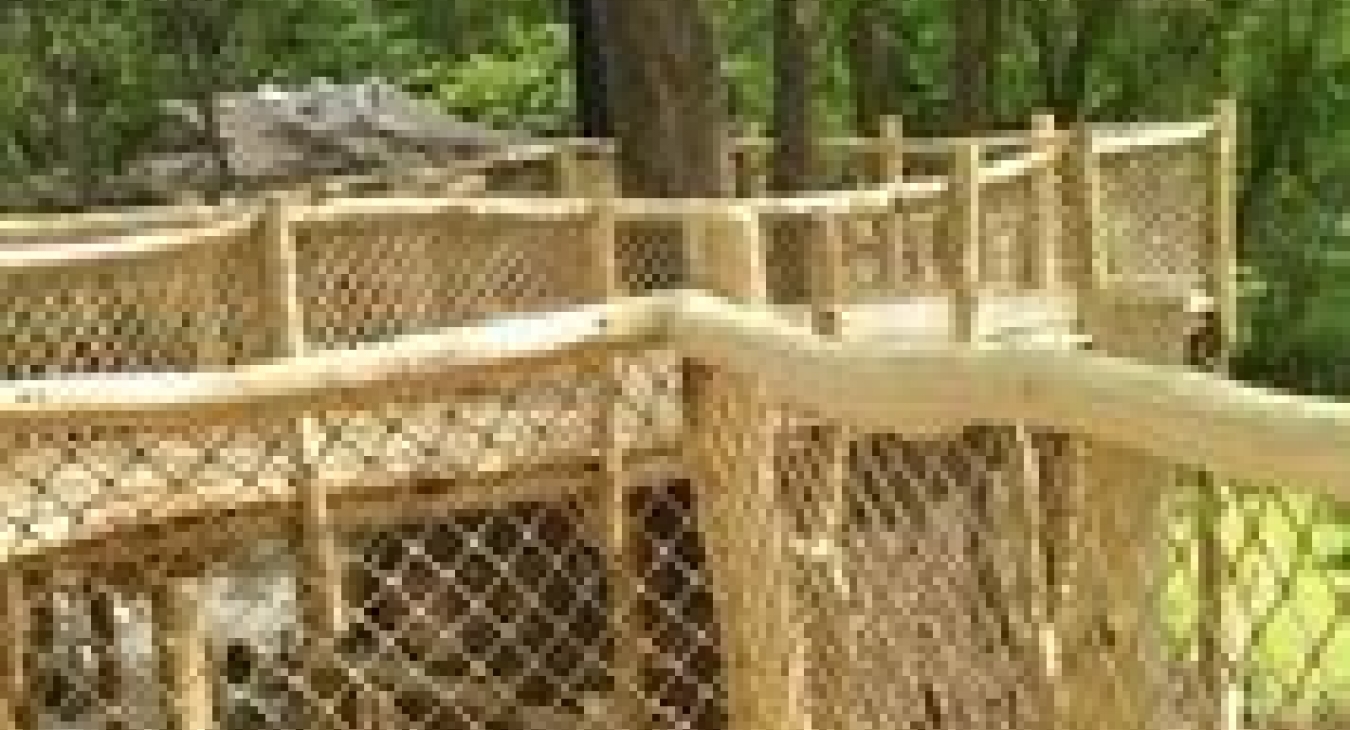 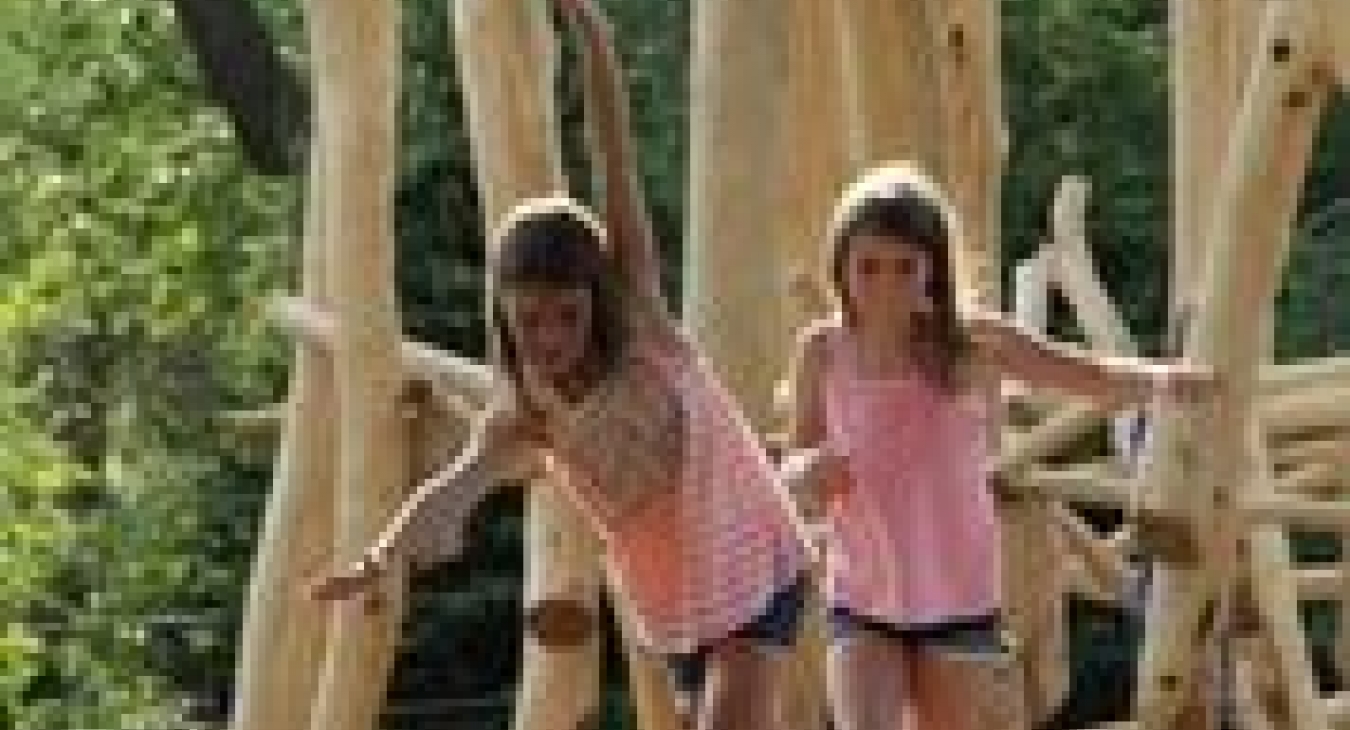 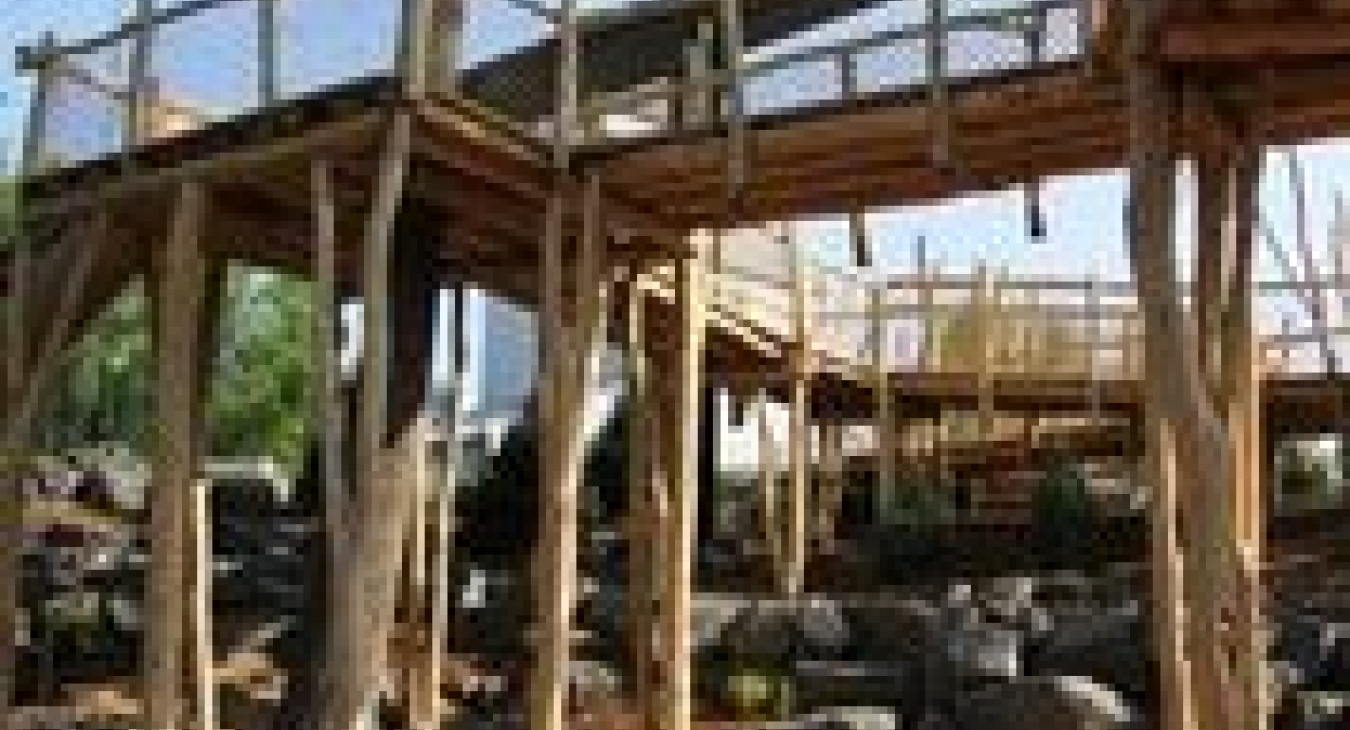 A Nature Based Play-Area at The Minnesota Zoo

Trees love to toss and sway; they make such happy noises.

A Description of The Hanifl Family Wild Woods

The Hanifl Family Wildwoods is a 1.1-acre play area in Apple Valley, Minnesota at the Minnesota Zoo (MZ).  The playground is compliant with the American with Disabilities Act and meets the industry established guidelines for play areas.  By the numbers, it boasts the following features:

Constructed from 4,200 linear feet (lf) of black locust, an invasive species; more than 170 tons of the invasive timbers were removed from regional forests

“Three things that make this feature special,” said designer Matt Wilkens from the landscape architecture firm Damon Farber (DF)  “are the rocks, the trees in the WholeTrees structure, and the trees growing on the site.”  As you can guess, Wilkens is not one to draw attention to his inspired work on the project.

Wilkins is a practicing landscape architect at Damon Farber Associates since1998. He is a military veteran with design sensibilities that are closely attuned with an understanding of site and landscape materials. He is a graduate of and active with the University of Minnesota College of Design.

The playscape was designed in a three-part process guided by Damon Farber under the guidance of the Minnesota Zoo.

In phase one, the team interviewed zoo patrons – moms, dads, children, grandmas and grandpas to define play in terms of actions: climbing, sliding, running, rolling, digging, and hanging.  The children drew pictures and  described play actions by writing words and phrases in their own words.

In phase two, the Farber-Zoo team vetted preliminary play-feature designs with the same groups of families from phase one.  Kids were invited to make their own clay models of the features they wanted to see.  DF and MZ listened carefully to make sure they captured the children’s inspirations, and their heart’s desires.

In phase three, the team presented the refined play designs, based on the drawings and models from the kids, to focus groups from the same families for final review.

“We like to run. We like to play. We like to climb.  That’s what children told us,” said Wilkens, summarizing the process.  “Parents wanted a place where they could rest, enjoy nature, and have line of sight to their children.”  Safety was a key factor for the parents.  As playground best practice requires, there was a separate space for children under six and for children ages six and older.  Wilkens, DF and the MZ team were pleased with the process.

Why a nature-based play area?

US News and World Report ranks The Minnesota Zoo in Apple Valley one of the top ten things to do in Minnesota.  The zoo has been a hotbed of innovation since it opened in 1978.  It serves more than 1.3 million visitors annually.

A mission of the zoo is to connect people and animals in the natural world to save wildlife.  Studies show that interacting with nature fosters creativity, confidence, and curiosity in children who, in a technology-saturated culture, have fewer opportunities for nature-based outdoor play.  In fact, the nature-based play area will serve as a springboard for the zoo’s education department to offer new programs that provide opportunities for children and families to explore the site’s ecosystem in the adjacent undeveloped 30,000 square-foot woodlands.

According to Executive Director Melissa Lindsay of The Minnesota Zoo Foundation, the fundraising partner of the zoo, Hanifl Family Wild Woods is primarily privately funded by four donors and exemplifies the best of the public/private partnership that exists between the State of Minnesota and the private sector.

"It's phenomenal," said Suzanne Hanifl, one of the donors for whom the play area is named. "I hope it will help children experience nature and learn to preserve it." The Hanifl Family Wild Woods opened on July 24, 2015.

“Children surprise you,” said Wilkens after seeing how children use the play area during its grand opening in April.  Here are some of the things that neither the design team at Minnesota Zoo nor Damon Farber might have expected:

“You really have to see it with children playing to fully appreciate this,” said Wilkens smiling.

That is my dream!
To fling my arms wide
In the face of the sun,
Dance! Whirl! Whirl!
Till the quick day is done.
Rest at pale evening...
A tall, slim tree...

Martin Whitehead leads Brand and Market Development for WholeTrees Architecture and Structures in Madison, WI.  He is a beekeeper, studies and advocates for heavy timber construction, and is married with three children.  On occasion, Martin is known to Dance! Whirl! Whirl!