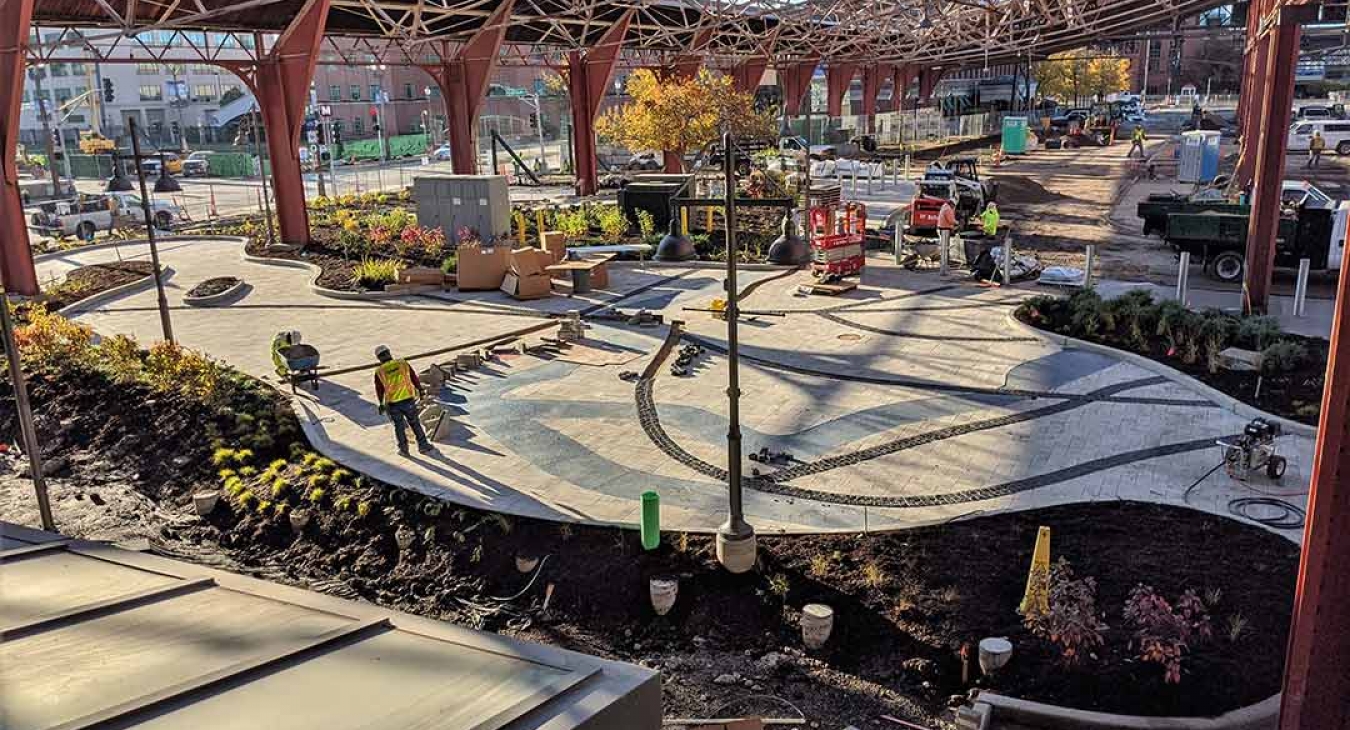 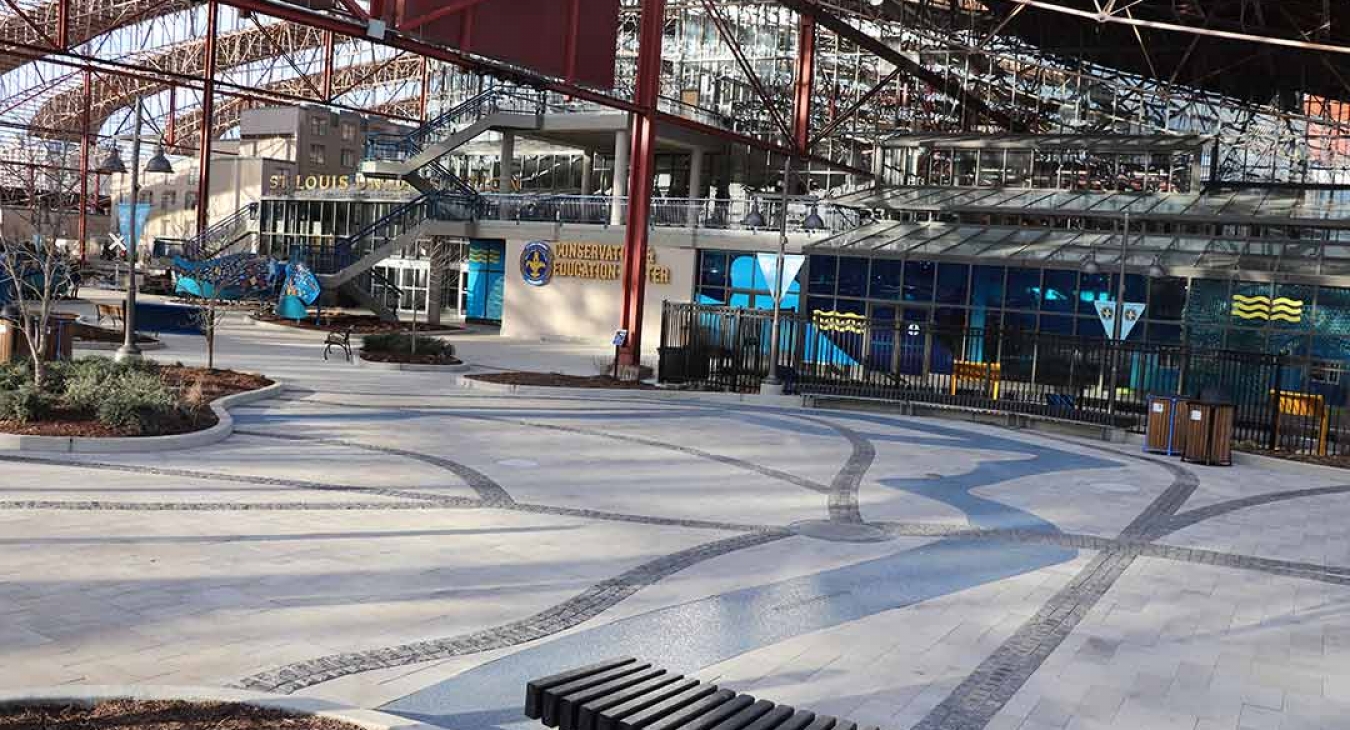 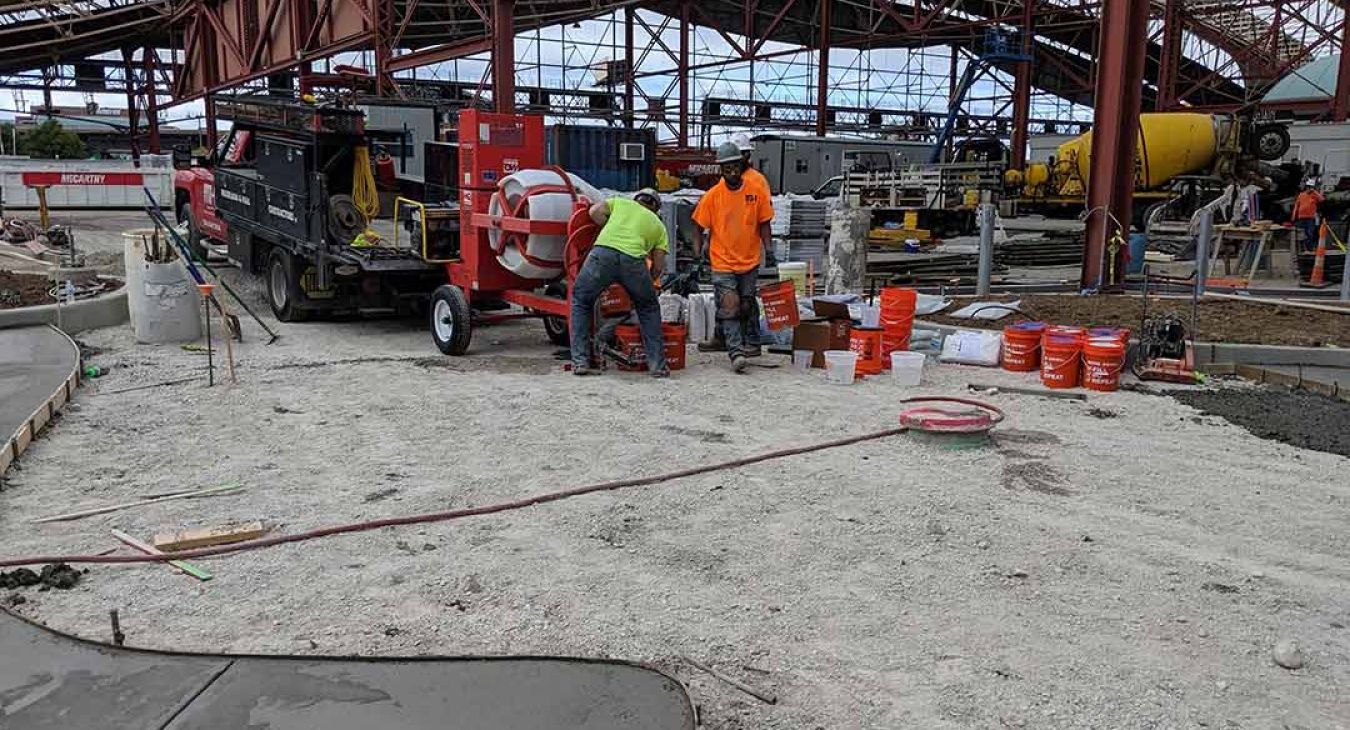 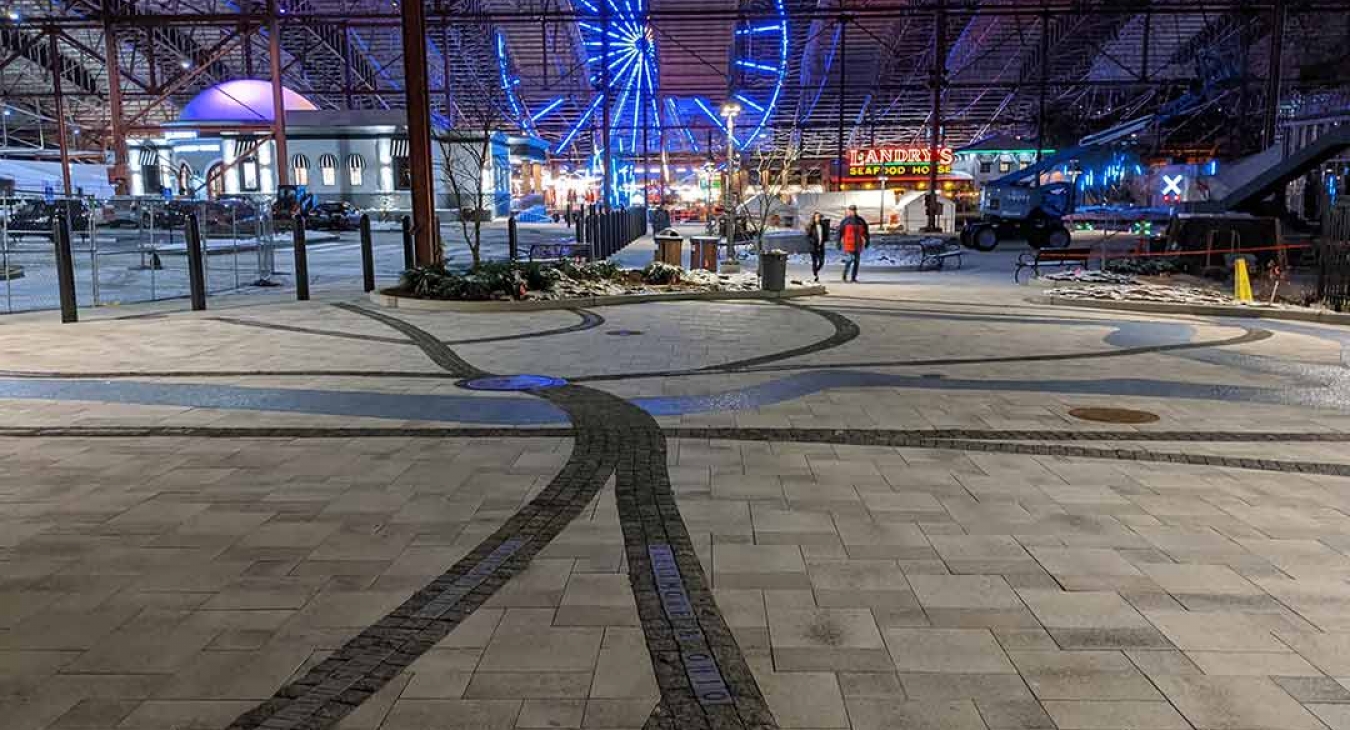 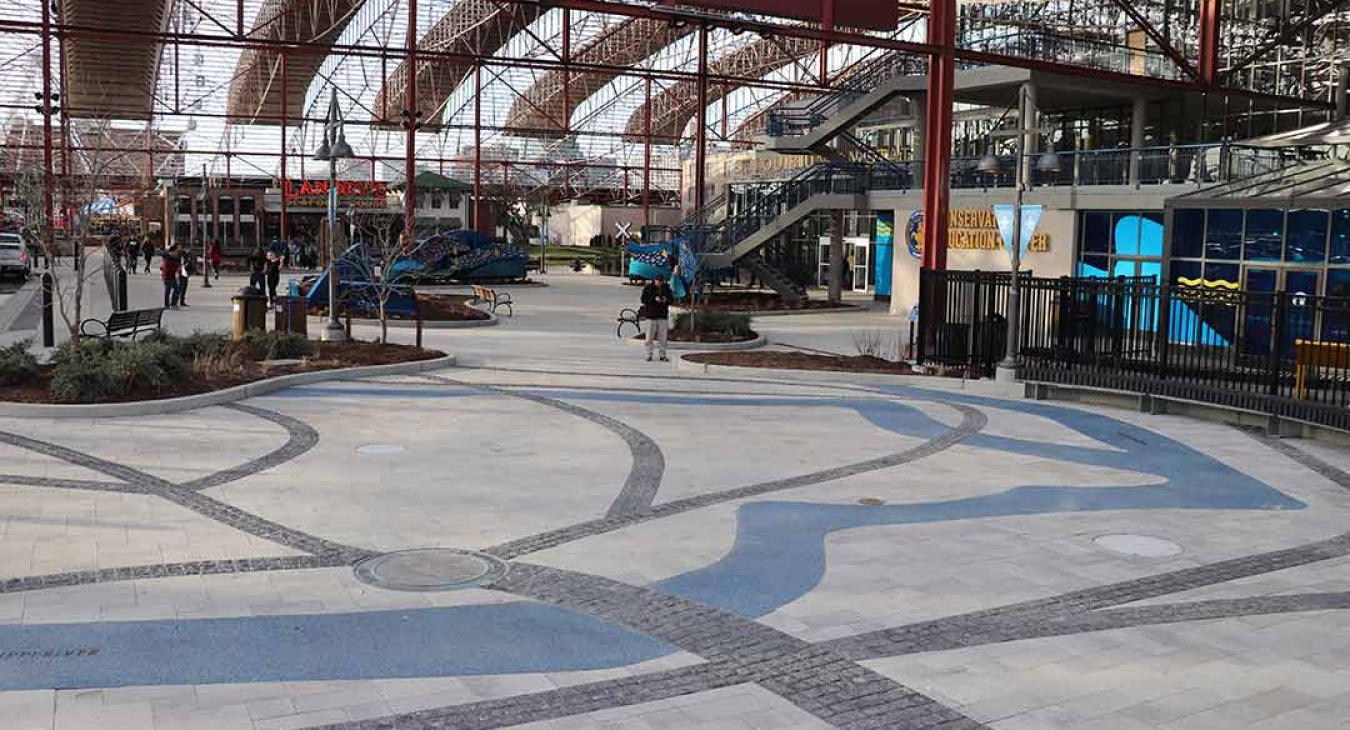 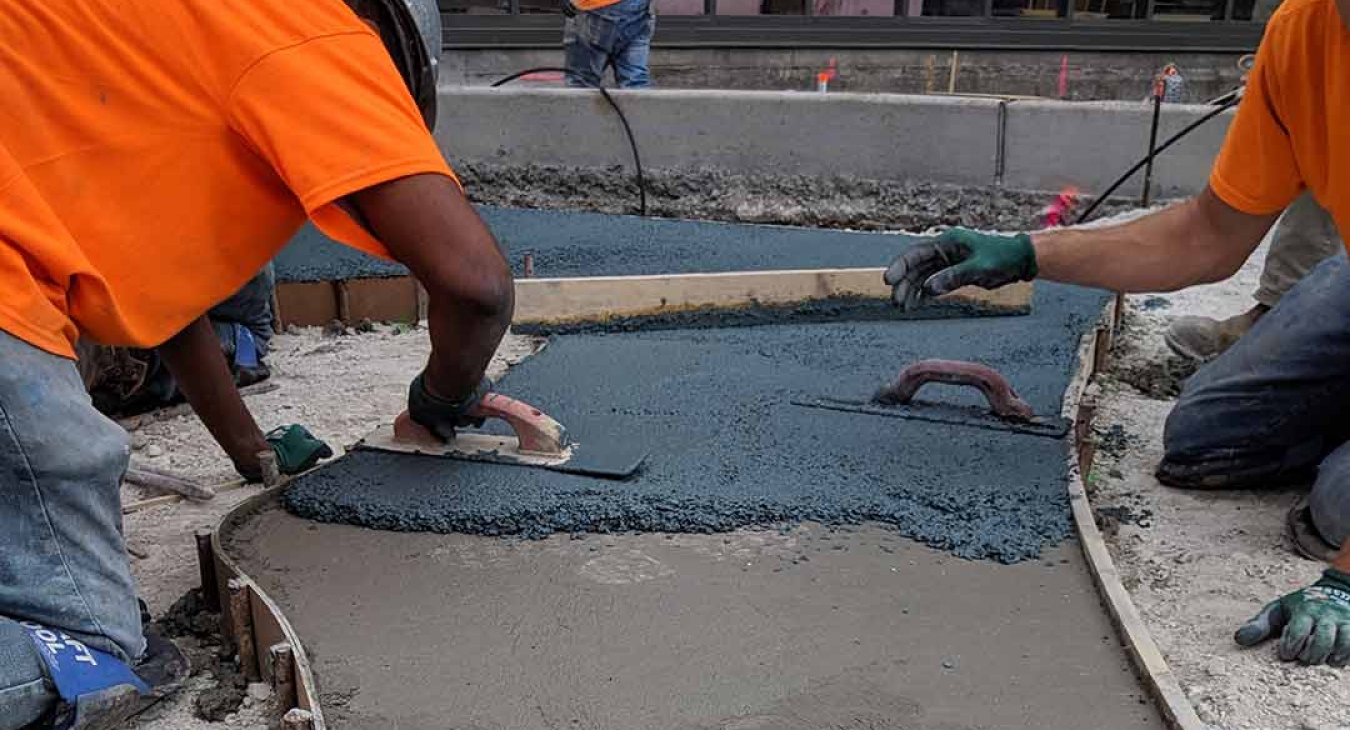 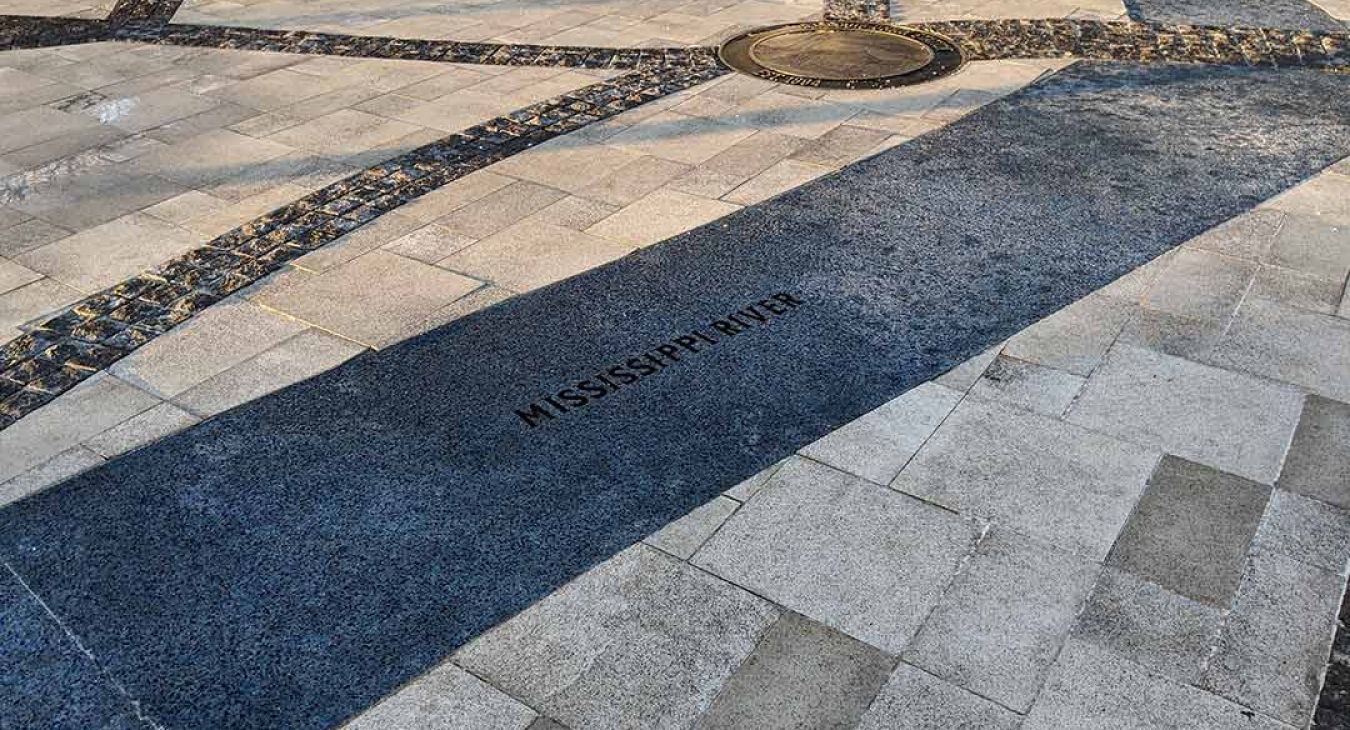 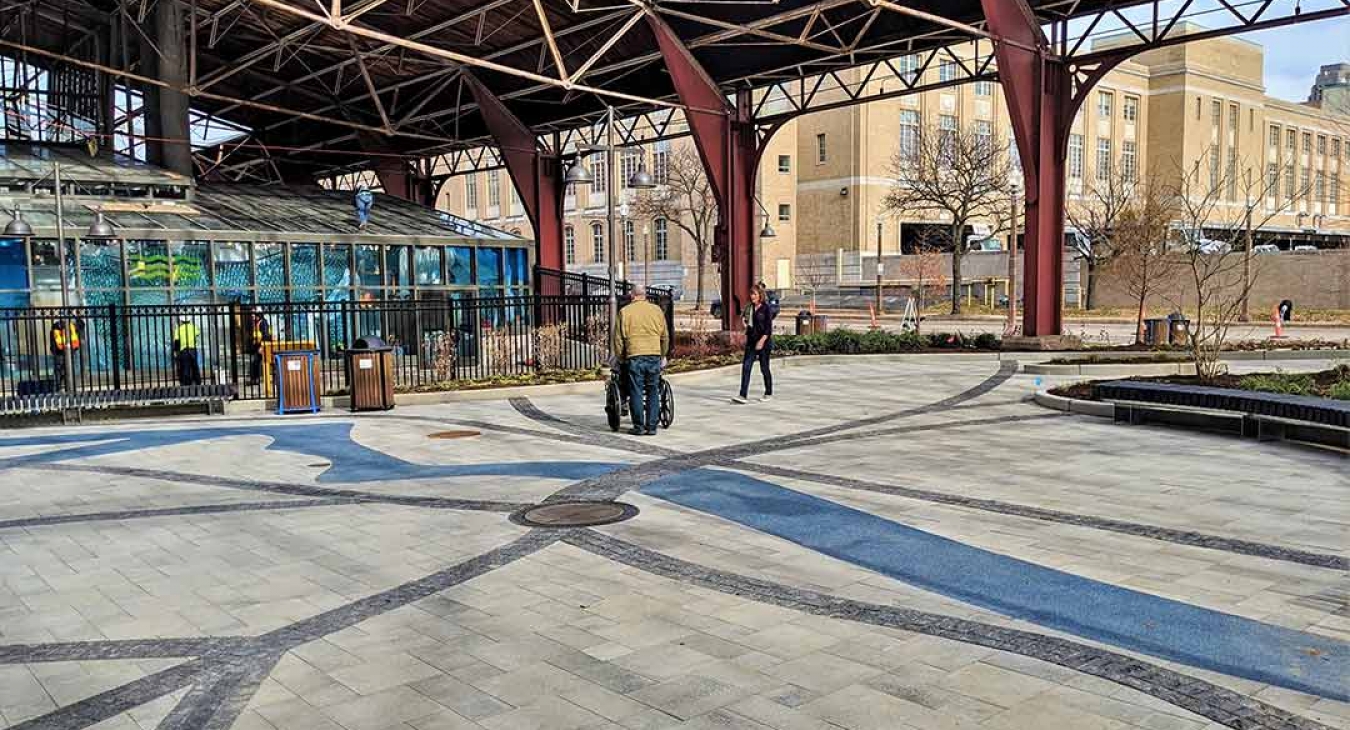 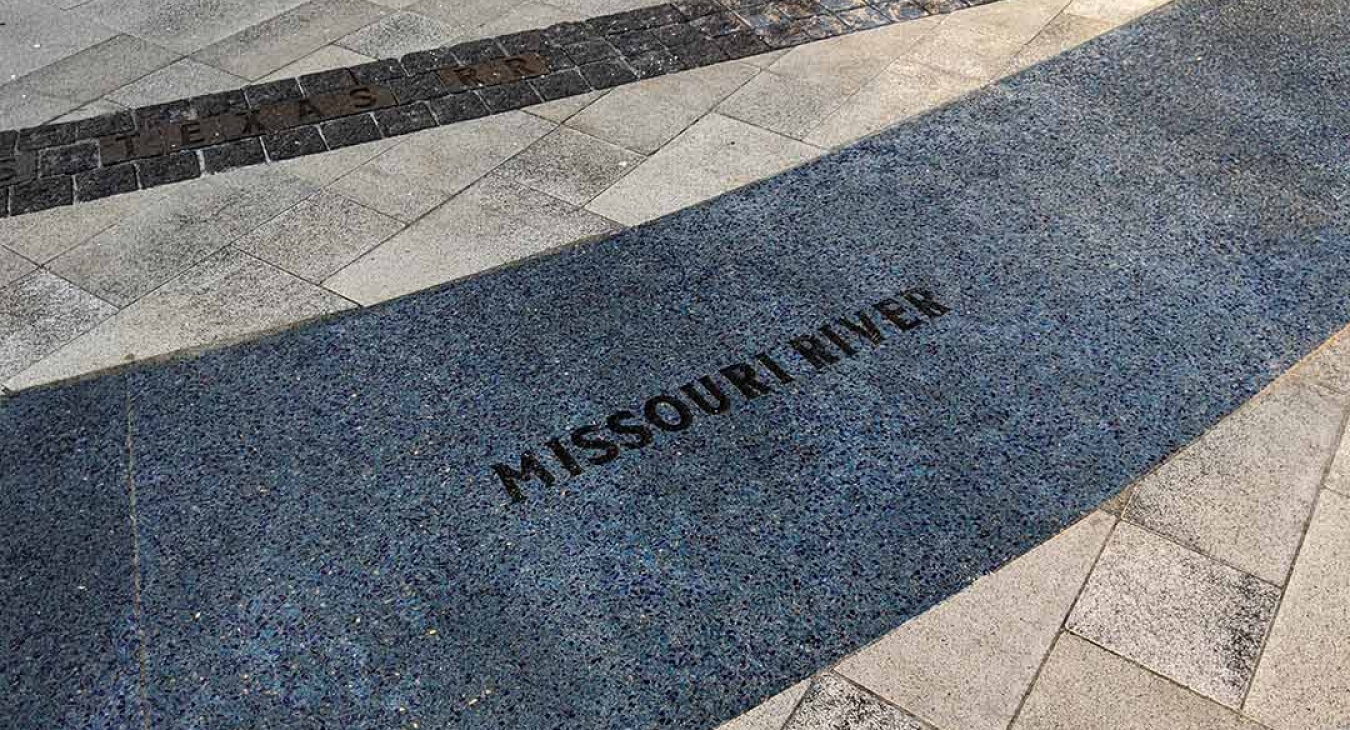 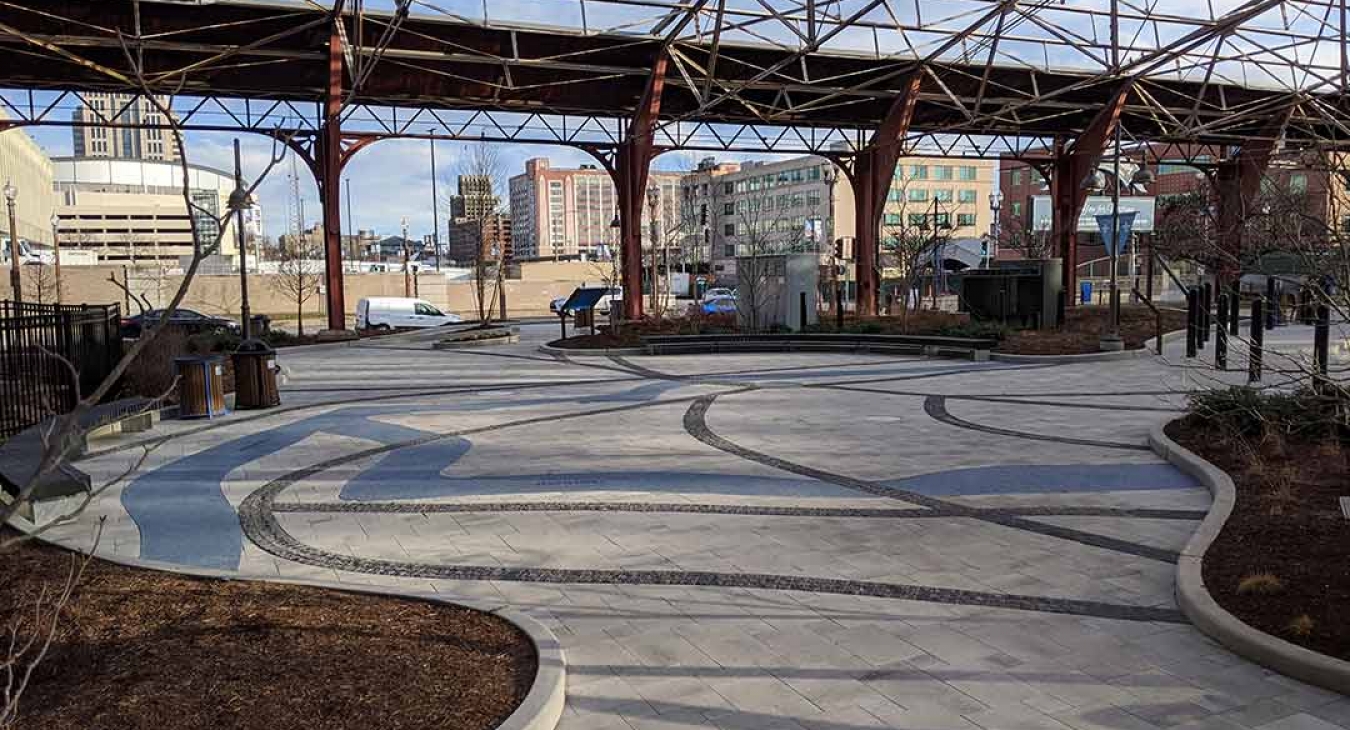 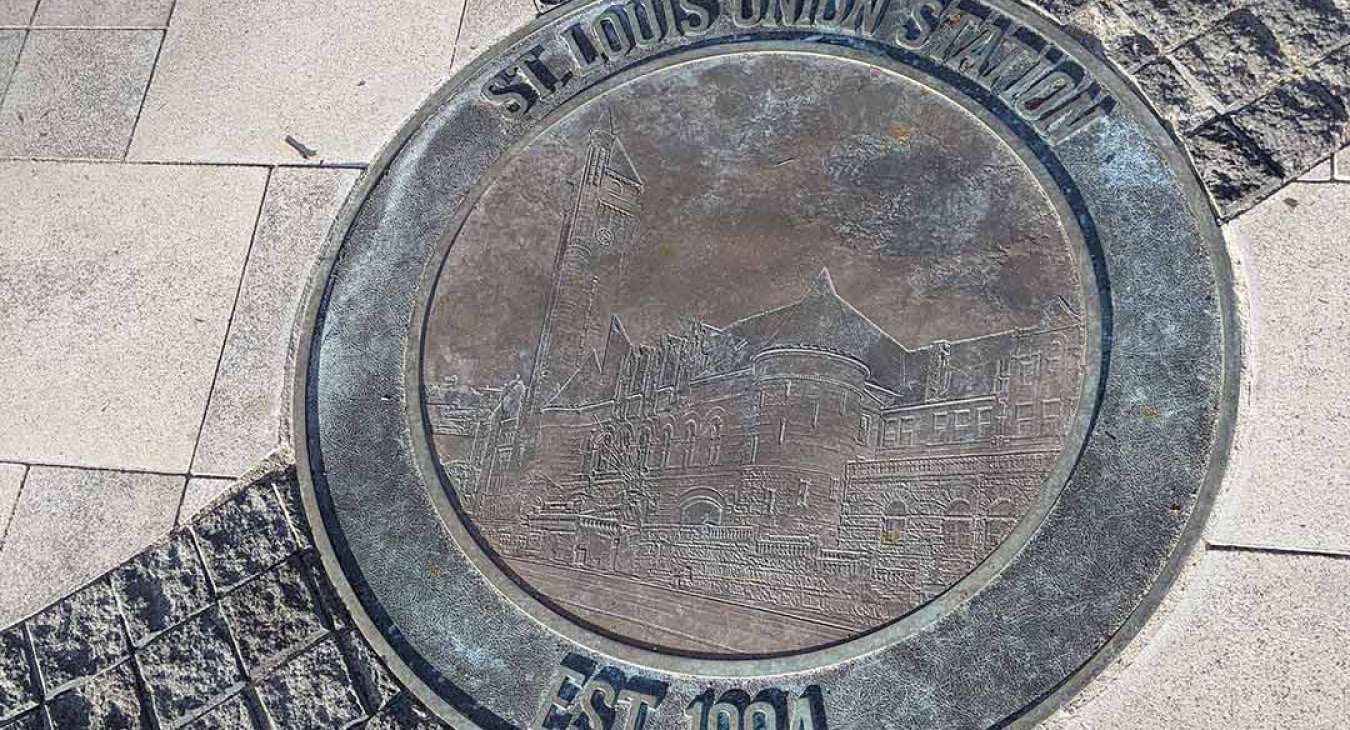 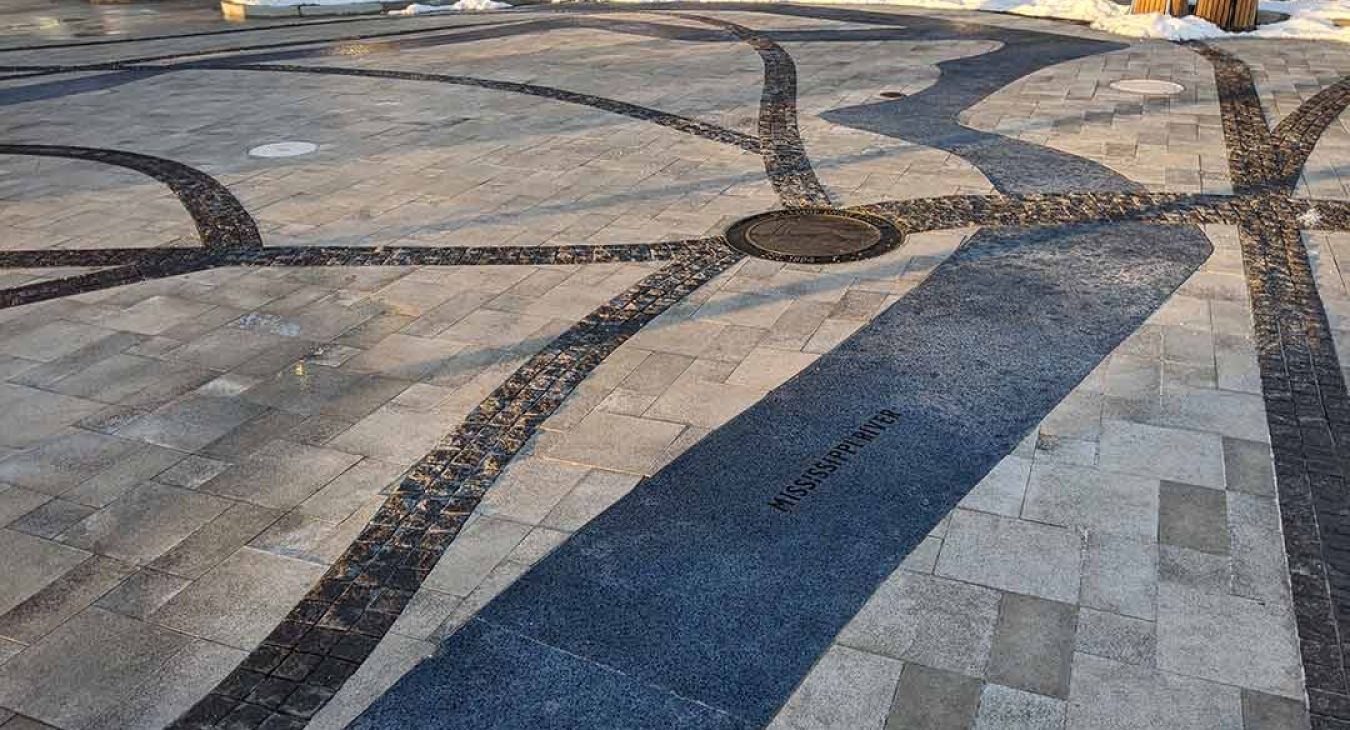 Destination design is no small feat. Creating compelling compositions that are more place than building demands more of the architecture than fundamental functionality within four walls. To be memorable, destinations must captivate, inspire, amuse, and engage the user in an experiential immersion of place, presence, purpose, and delight. At PGAV Designations, a St. Louis-based design firm that specializes in zoos, museums, aquariums, theme parks, resorts, and cultural heritage sites around the world, destination design is about telling an unforgettable story with an element of surprise.

“Understanding the history of a place and using it to tell a compelling story is essential to designing an experience that visitors can see, feel, hear, and walk through,” says Andrew Schumacher, an architect with PGAV. In Schumacher’s five years at PGAV, he has been involved in everything from museums to theme parks in search of dynamic guest experiences of lasting value. “To design an experience, we really think about the guest’s point of view. What will they see, what will they feel, what do we want them to learn by visiting this place?”

When PGVA Destinations was selected to design the new St. Louis Aquarium, Schumacher knew the design exercise would be more than a little challenging. Indeed, it would prove to be exhilarating. The centerpiece of a new $187 million family entertainment attraction in the heart of downtown, the new St. Louis Aquarium at Union Station makes use of the National Historic Landmark train shed at Union Station as the structural skeleton for the new aquarium. Originally opened in 1894 as the biggest and busiest train station in the United States, Union Station served as a vital gateway between the east coast, the great plains, and westward expansion for almost a century before generally diminishing train travel made the station obsolete in the 1970s. After serving as an urban mall through the 80s and 00s, Union Station was acquired by Lodging Hospitality Management, who saw the property’s potential as a community catalyst.

“The reuse and revitalization of Union Station drew upon several unique thematic influences,” says Schumacher of the design impetus. “The notion of celebrating train travel radiating in every direction from Union Station across the U.S. was intertwined with an understanding of the diverse ecology at the nearby confluence of Missouri and Mississippi Rivers, which also represent a living connection to other destinations.”

The 120,000-square-foot aquarium spans two stories and includes a vast collection of aquatic environments filled with more than a million gallons of water and more than 13,000 aquatic inhabitants. Bringing together state-of-the-art technology, animal care, education, and conservation with an appreciation for Union Station’s historic past and purpose, the St. Louis Aquarium blends hands-on interactivity with world-class architecture and historic perseveration to impart a one-of-a-kind guest experience. Exhibits include the Confluence Gallery, home to many of the freshwater fish species living in North American rivers, Shark Canyon featuring some 60 sharks and stingrays, and The Deep, which is filled with creatures from the oceans’ deepest depths.

Beyond the aquarium, the entertainment zone surrounding Union Station includes a variety of family-friendly attractions such as the 200-foot Ferris Wheel, the St. Louis Carousel, an 18-hole mini-golf course, a ropes course, and mirror maze, along with a playground, plazas, and a host of food, drink, and retail options.

To establish a thematic connection between Union Station’s historic past and the important vitality of great rivers, Schumacher and the PGAV team sought meaningful opportunities to merge the two ideas within the design solution. From the aquatic galleries filled with freshwater species to the virtual train ride visitors take into the aquarium upon arrival, the overlapping orders of rail and river are seamlessly merged at every opportunity.

“We wanted to express the relationship of the rivers to the station in our site treatment, which originally manifested as a prominent water feature,” says Schumacher. Both designers and owners had concerns about tripping hazards, maintenance issues, and the long-term operational expense of a functional water feature so the decision was made to look for another way to represent the river. “We still wanted to do something special with a strong visual interest beyond simply colored concrete but initially we struggled to figure out exactly what that would be.”

Finding the right combination of special and practical started to materialize when PGAV hosted a lunch and learn presentation on decorative concrete presented by Musselman & Hall Contractors, LLC. A legacy builder, Musselman & Hall is a Bomanite licensed contractor that has been serving the Kansas City and western Missouri markets since 1914. Developed in response to changing market conditions over a 107-year history, Musselman & Hall’s divisions include structural concrete, asphalt, railroad, and decorative concrete, which has become their most distinguished service. In recent years, the firm has made inroads in St. Louis’ commercial construction market by building relationships with local designers, builders, and developers.

“Musselman & Hall was in our office showing us some of the possibilities of decorative concrete,” shares Schumacher of the epiphany moment. “They had lots of beautiful chip samples and one of them within Bomanite’s Revealed System was almost exactly what we were looking for.”

An exposed architectural concrete, Bomanite Revealed, incorporates varying exposure depths and decorative aggregates bonded in a unique binder as a surface-seeded installation. Utilizing pre-blended binders, light, and fast pigments, and advanced application procedures, Bomanite Revealed produces a vibrantly finished surface with 100 percent exposure of the decorative aggregates within. Well-suited for exterior applications in pedestrian-focused areas, Bomanite Revealed distinguishes itself from other decorative concrete finishes by producing a monolithic concrete slab with a low life cycle cost due to the pre-aged nature of the surface.

Sam Kroesen has been with Musselman & Hall for 23 years and served as the project manager of the firm’s small but significant scope of work on the St. Louis Aquarium. With the firm since 1998, Kroesen has witnessed the evolution of decorative concrete over a 23-year career.

“The goal at Union Station was to create an artistic representation of the Missouri and Mississippi rivers within the concrete of the main entrance plaza,” says Kroesen. The design objective was to depict the flow of each river’s route through the land in concrete intermingled with rough-hewed stone pavers reflecting the patterns of rail lines radiating from Union Station. “Originally, the owner had an epoxy terrazzo surface in mind, but terrazzo does not do well outside. Bomanite Revealed allowed us to produce bright, bold blues in three integral colors with the names of the rivers rendered in a black relief in a way that stands out.”

Intended for both new construction and major renovation projects, Bomanite Revealed is commonly installed as a full-depth, slab-on-grade pours or an unbonded section topping of 3” or greater over membrane applications.

“Thematically reflecting the importance of the rivers and the rail lines as central to the history of Union Station and the prosperity of St. Louis was a strong starting point,” finishes Schumacher. “By using Bomanite Revealed, the plaza design sets up the story of the aquarium’s inspiration before guests even step through the front door in a beautiful informative way that will last for generations to come.”