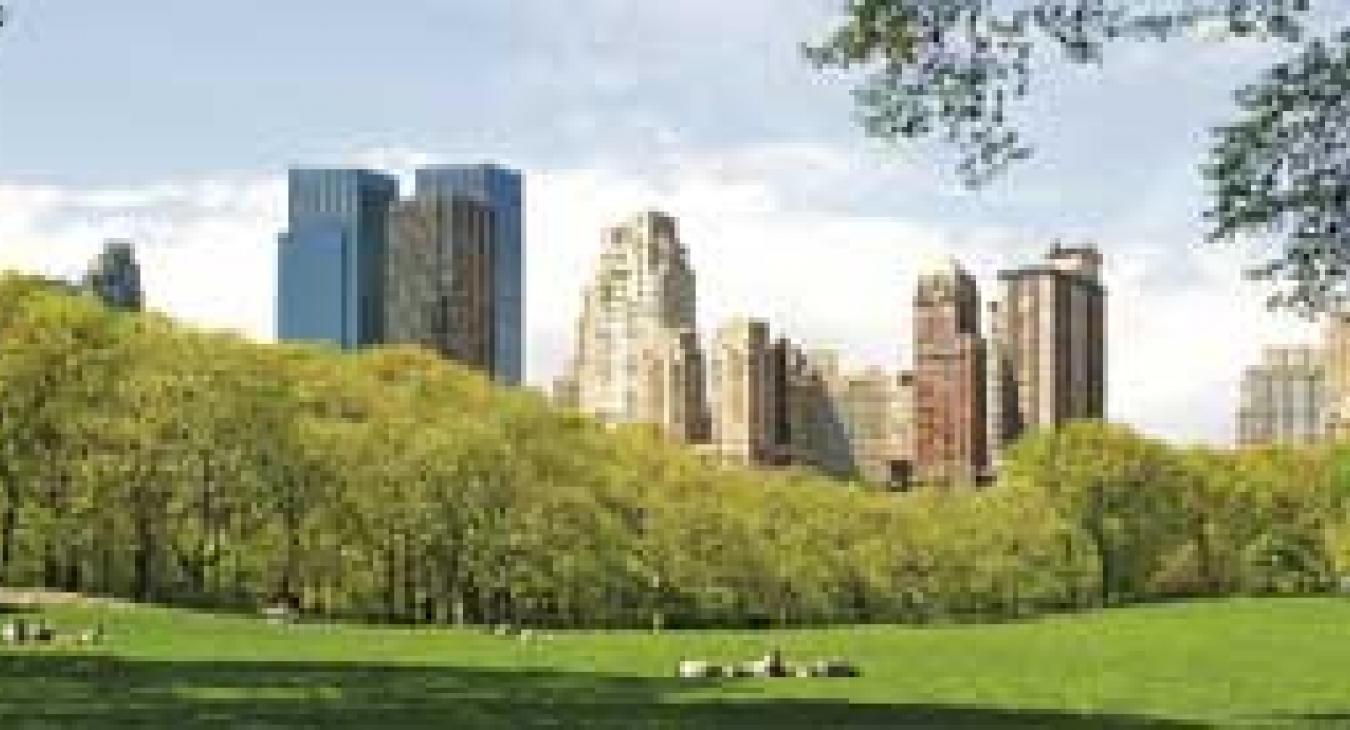 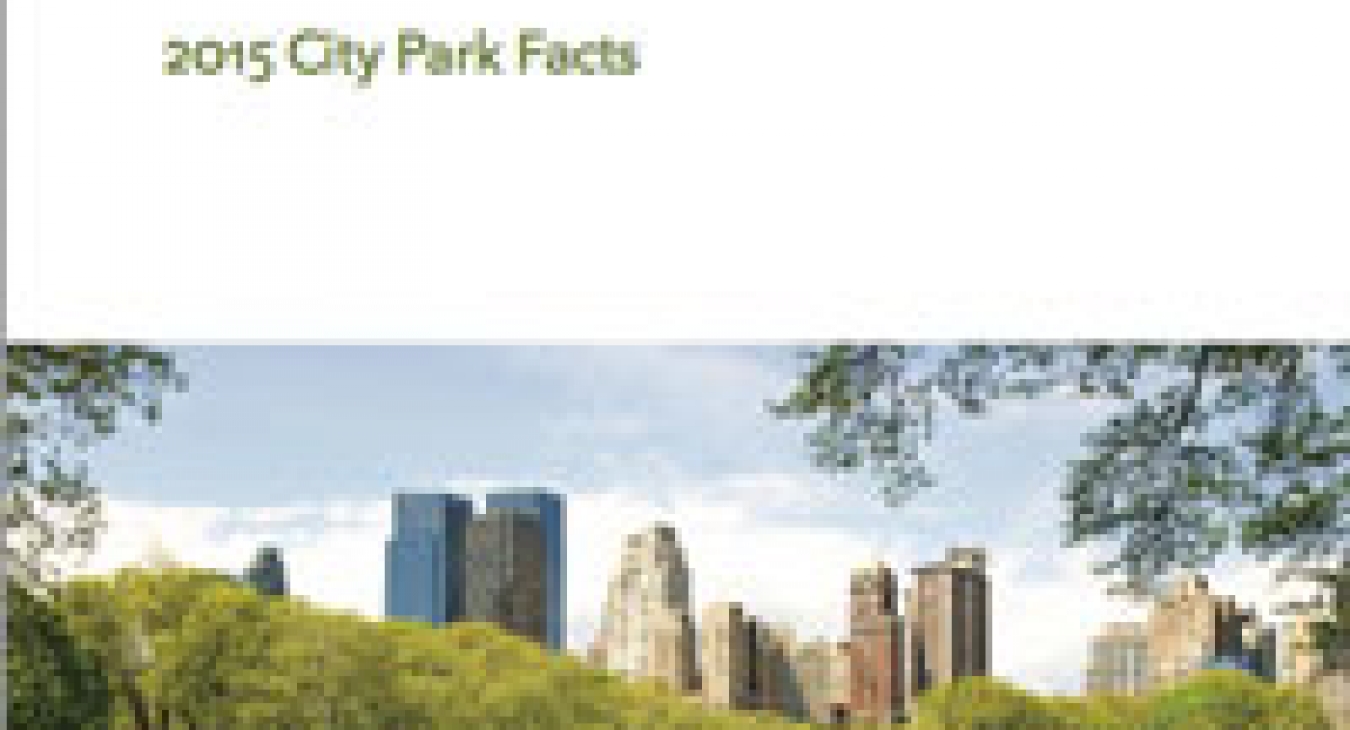 When we were involved in a large research project with leading city park staff from around the US, I quickly learned how truly unique city parks are. They serve complex and diverse needs, from recreation, to beautification, to providing a gathering space for citizens.

The Importance of City Parks

Parks have long been recognized as major contributors to the physical and aesthetic quality of urban neighborhoods providing much needed green space, quantifiable health benefits, opportunities for social interaction, and much much more. Parks also provide opportunities to develop youth, offer programming for citizens, contribute to livability, and offer employment. And because of this, cities need to stay abreast of trends, demographics, popular amenities, and usage data in order to best provide the services and amenities that their community is most desirous of. One of the most valuable tools in discovering this data is The Trust for Public Land’s annual City Park Facts report.

As the opening paragraph of the 2015 edition states “Data is knowledge, and knowledge is power.” The data provided each year in this robust, comprehensive report is indeed knowledge for not only the top 100 most populous cities tracked in the report, but for any city feeling the growing pains, demands, land shortages, and challenges that urban parks experience. It is a treasure trove of knowledge, illustrating data on the largest, oldest, and most visited parks, as well as spending, employee counts, and amenities present in the parks.

The Trust for Public Land’s Center for City Park Excellence (CCPE) leads this research effort to create, improve, and promote urban parks. The Center’s research examines what makes city parks successful—and how those parks provide economic, ecological, and social value to their users, maintaining an authoritative database on U.S. park systems and assisting state and local leaders in quantifying the benefits these systems provide.

Says Peter Harnik, Director for the Center for City Park Excellence, “This report is part of the Trust for Public Land’s ongoing work to support and improve the park systems of America’s cities.” He adds, “It provides the kind of underlying data that helps all of us determine best practices and do analysis and policy work now and into the future.”

Besides the tremendous effort and support in gathering and disseminating the data to help advocate for parks as a community investment, The Trust for Public Land does an incredible job mining, gathering, and reporting this data in a well written, succinct guidebook that had become a valuable research tool for not only parks, but the administrators, advocates, suppliers, and organizations that support them.

In 2015, the report shows how dog parks are the fastest growing amenity in city parks today, with Portland OR leading the pack with 33 off leash dog parks within its limits, or 5.4 dog parks for every 100,000 citizens. The number of off-leash dog parks grew 6% last year and is up 20% in the past five years.

Adrian Benepe, Director of City Park Development for The Trust for Public Land, explains, “Across America, city parks are going to the dogs—in a good way. People in cities really love their dogs and they want places to get them outdoors for exercise, as this report shows.”

Dog parks are a great place for people to socialize with other dog owners as well as with their pets. Dog owners are also powerful advocates, and with access to green spaces limited for dogs in urban environments, areas within public parks become even more important to provide dogs and their owners a place to exercise, gather, and socialize.

Other Types of City Parks on the Rise

The report also ranks other types of parks, again on a per capita basis. It shows:

New this year to the report are two categories, Spending by Selected Urban Park Conservancies and Community Garden Space per 100,000 Residents. With the growth of Urban Park Conservancies, defined as non-profit organizations that financially support public parks, as a popular park management model, the category was included as a specific area of interest for urban parks. The report shows that this model can work for parks and models of any size, from large conservancies like the Forest Park Conservancy in Portland OR, which supports over 5,000 acres, or New York’s Central Park Conservancy, which spends over $40 million dollars in both operating and capital expenditures, to smaller groups like Dallas’ Woodall Rodgers Park Foundation, which supports one 5 acre park, or the Mount Vernon Place Conservancy, supporting the 6 acre park of the same name with a budget just over $165,000

Community gardens are another new area of focus for the report. In the past several years, there has been a tremendous growth of community gardening to help bring communities together—producing food, fostering neighborhood activities, and hosting programs that benefit many individuals. Community gardens can enrich and provide healthy benefits to urban environments, helping to make our food as "local" as possible. By using community gardens to augment food sourcing, growing what we need near where we live, we decrease the negative impact on freshness and the environment associated with long-distance transportation. We’re also encouraged to eat in season.

Recognizing this trend, The Trust for Public Land is helping to illustrate the growth by including this new benchmark in the annual report. According to the data gathered, Washington, DC led every other city in the community garden spaces with 2,592 garden plots, or just over 40 per 10,000 residents. Portland OR ranked second with 2,174 plots, with San Francisco, Seattle, and San Jose ranking 3rd, 4th and 5th respectively. Besides the obvious benefit of food sourcing, community gardens can help add greenery to cities, reduce harmful runoff, help people reconnect with the Earth, and provide a way for children and families to gain a greater appreciation for where our food really comes from. They also create peaceful places for relaxation or contemplation.

The City Park Facts Report is a Useful Tool

The City Park Facts report can also be a helpful tool in identifying communities to live in or visit based on your activity preferences. What child wouldn't want to live in Madison WI, which outranks the second place city for most playgrounds per 10,000 residents by 2.1 or 176 vs. 153 total playgrounds? Anchorage, AK would certainly attract those wanting to explore the wild side of nature with 719,000 acres of natural parkland. For those who appreciate alternate modes of transportation, San Francisco offers over 98% of its population walkable park access, followed closely by Boston, New York, and Washington DC, each with over 96% of the population able to walk to a park within one-half mile of their residence.