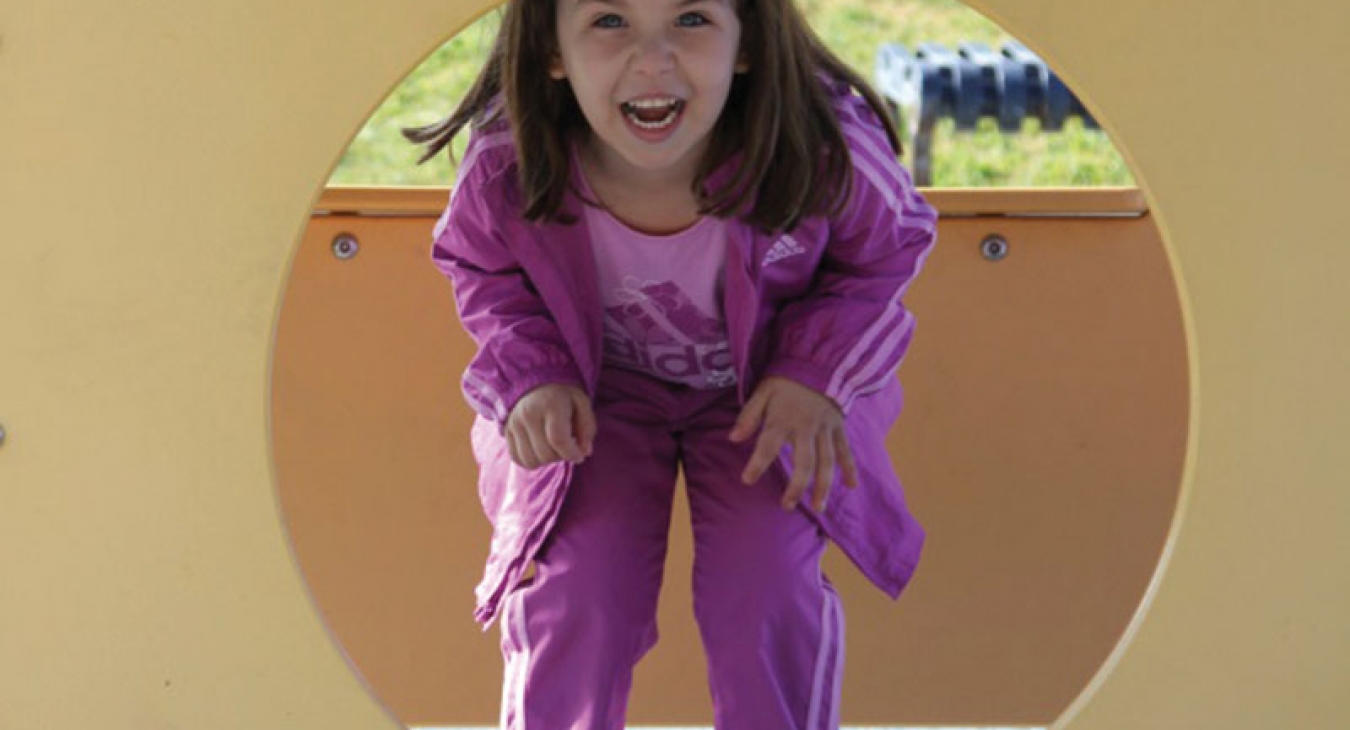 According to second grader, Allison Rincand, her favorite activity at school is, “Recess because I get to play with my friends.” Her response mirrors the majority of children in elementary school where over 80% of students rate recess as their favorite subject.

For decades most people have assumed that recess was unimportant, and its primary contribution was a “break” in the school day for teachers and students to get a drink and use the restroom. Going out to play was a way to extend the time needed to accomplish the above tasks. True, like Allison, students loved it, but many educators and parents alike thought recess was of little value to the developing child. However, a growing body of research indicates that recess plays a critical role in healthy child development. Best of all, from a child’s perspective, it’s fun! Recess should be a priority. 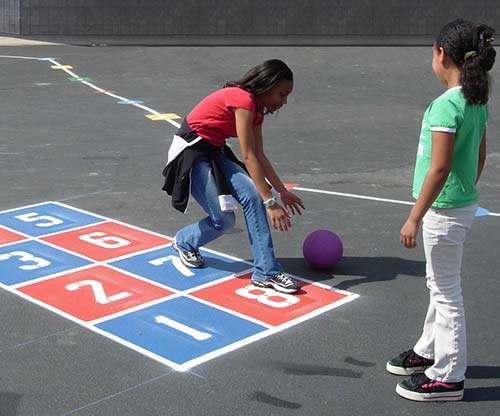 In an 1884 paper delivered before the Department of Superintendents of the National Education Association, the philosopher and educator W. T. Harris debated the question of the retention or abolition of recess. He basically said the physical needs of the student outweigh the concerns over the loss of discipline in the school-room and the possible association of pupils with fellow pupils of “worse character.”

He declared that the chief usefulness of recess was the complete suspension of tension brought on by academics.1

The 2012 Survey of Health Policies and Practices Study (SHPPS) revealed that only 58.9% of districts require schools to provide recess.2 The range of mandated minutes ranges from less than 10 minutes to more than 30 minutes a day.

The popular belief that recess is disappearing is, in fact, a myth as surveys indicate that most students get recess. The CDC estimates that elementary students have recess for an average of 4.9 days per week in the schools that report regularly scheduling it (SHPPS 2006).3 The U.S. Department of Education survey shows that 88 percent of elementary schools give first graders daily recess, and 83 percent provide it every day to sixth graders (FRSS 2005).4 What we see is shrinking minutes. Since No Child Left Behind was enacted in 2001, recess minutes have dropped from 37 minutes a day to on average 24-27 minutes a day by 2008.

Of the districts that have cut recess a new phenomenon is emerging. Parents are fighting back. With the growing body of research on the importance of recess and the growing size of waistlines in youth, parents are heeding the warning of pediatricians and health advocates across the nation regarding the importance and contribution that recess plays in healthy students. In January 2013, Pediatrics Magazine, the journal of American Academy of Pediatrics, released an article entitled, “The Crucial Role of Recess in Schools.”5 The article stated,

A growing trend toward reallocating time in school to accentuate the more academic subjects has put this important facet of a child’s school day at risk. Recess serves as a necessary break from the rigors of concentrated, academic challenges in the classroom. But equally important is the fact that safe and well-supervised recess offers cognitive, social, emotional, and physical benefits that may not be fully appreciated when a decision is made to diminish it.

There are a number of health benefits of recess including exercise that helps to maintain a healthy weight, contributes to stronger muscles and bones, and helps to control weight. On its own, recess time can’t reverse the childhood obesity trend, but it can contribute to promoting the habit of an active lifestyle which is a critical component of good health. Physical activity opportunities during recess also contribute to the body’s ability to fight disease and ward off colds and allergies, which results in better school attendance.

In recent years a growing body of research has indicated that there is a close relationship between academics and physical activity achieved at recess. Physical activity helps with concentration, the ability to focus. Students are less fidgety and more on task after a recess break which is important in cognitive development and skill acquisition.6

In the book Spark: The Revolutionary New Science of Exercise and the Brain, author John Ratey discusses that “aerobic exercise physically remodels the brain for peak performance.” Although clearly, only a small percentage of students reach an aerobic level of exercise at recess, the notion that physical activity may “warm up the brain for learning” is now being investigated.

Along the same line, a Harvard study in The Journal of School Health entitled “Healthier students make better learners” indicates that “the more physical fitness tests children passed, the better they did on academic tests.” The study of 1,800 middle school students suggests that children can benefit academically from physical activity during gym class and recess.7

Perhaps one of the most accepted benefits of recess is the contribution of recess to social skill development. During recess, children gain skills in conflict resolution by playing with their peers. They learn to share, take turns, and be a leader as well as to collaborate and negotiate around games and rules. Recess also offers one of the few times that children have unstructured opportunities to self-select friends and playmates, test relationships, learn social appropriateness, and learn to generally “play nice.” Physical activity is also known to help mitigate depression and anxiety in children.” 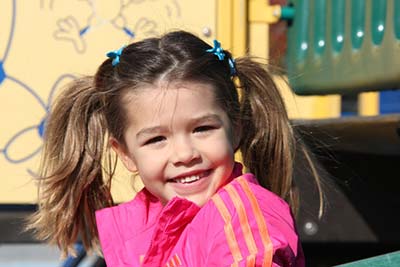 Young children today have less unstructured time than ever before. Even playtime outside of school is often scheduled with play dates, lessons, and/or sports teams. Attendance in all of these activities are organized and directly supervised by adults. Recess is one of the few remaining opportunities for children to choose a friend out of a playground full of peers with the option of “trying out both a variety of playmates and a variety of game choices.”

Recess the top opportunity for physical activity in schools

A Robert Wood Johnson Foundation study concluded that, from the body of research on physical activity in various school settings, the opportunity for physical activity is higher during recess than at other times in the day, with 42% of the activity occurring at recess, 32% during physical education (PE), and 26% during after-school programs/activities.8

With the growing body of research on the importance of recess and the vital role that recess plays in healthy child development, social skill acquisition, and academic development, it’s no surprise that parents are taking an active role in demanding that schools reinstate recess when it has been cut from school districts across the country.

Parents have responded by petitioning their school boards, placing recess on PTA agendas, letter writing campaigns, and approaching the local press. A Recess Advocacy Toolkit as part of A Right to Recess Campaign is provided free by Peaceful Playgrounds, a recess program available in 8,000 schools across the country. The Recess Advocacy Toolkit includes: parent letters, a PowerPoint presentation, a meeting agenda, and advocacy guide which can be downloaded at http://www.peacefulplaygrounds.com/right-to-recess-campaign/

Dr. Melinda Bossenmeyer is the Founder of Peaceful Playgrounds which began in 1998 in California and has spread to 8,000+ schools across the nation. The do-it-yourself playground kit allows schools to add 100 or more games and markings to their playground, promising that kids engaged in playground games play nice. You can learn more about Peaceful Playgrounds at www.peacefulplaygrounds.com.

I thought this was a great idea until I saw this is all they're getting. Is this above eating time though? In our schools children get two breaks ranging in length from 30 to 45 min everyday. With 30min of this used as eating/drink/toilet. Pe is 30/60 min a week. Teachers can take children outside for games whenever they wish though or can fit it in.