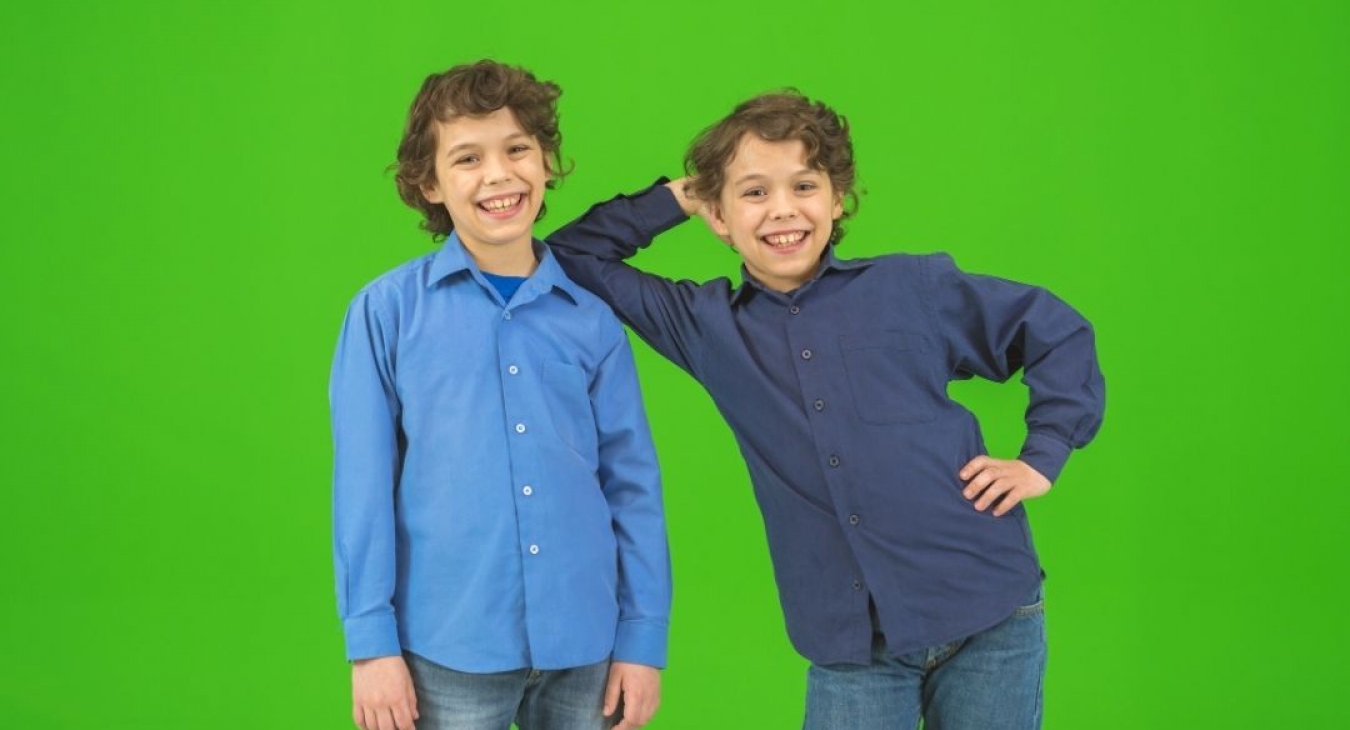 Green screens are an easy way to add movie magic to a kid’s day. With a bright green backdrop, camera, and film editing software with chroma-key capability, you can transport kids anywhere they want to go, from the Amazon to the moon and beyond. The way chroma key works is simple on the surface. You film your subject in front of a green screen—either a painted wall or fabric backdrop—then use the software to eliminate anything green, letting you overlay the first film onto a background of your choice—a photograph, another film, or an animation. Whether you want to entertain your kids during a rainy day or are make their school project or lesson stand out, get a green screen, and start filming. If you need a few ideas to spark your imagination, here are several fun green screen projects for kids.

This is an easy effect that kids find hilarious, and it has no end of possibilities. Film your little actor in front of the green backdrop, but lay a green blanket or similar piece of fabric at their feet. When you call “action!” have them grab the blanket and pull it over their head. Poof! Invisible kid! With a monitor, kids can explore all the possibilities of their “invisibility cape,” using it to do simple “magic” tricks like making objects (or obliging pets) disappear.

Believe They Can Fly

For an even easier effect, set the actor in front of the green screen backdrop, then add a long table or a similar flat surface at waist level. Drape the surface in green fabric, and have your child rest on it, stretching out their arms like Superman. Through the cinematic magic of chroma key, and with the right sound effects and a swooshing background film—whether in the clear blue sky or the blackness of space—your little one will look like they’re traveling at warp speed!

One of the cardinal rules of green screen is this: Thou shalt not wear anything green. Throw that rule out the window when it comes to entertaining kids. If they wear anything green, the background image will project onto their bodies. Imagine the laughter as they see meteors, jets, cartoons, or anything else soaring across their bodies. Also, explore the humorous effects of wearing a green shirt and pants so that it appears as if their heads, hands, and feet are floating through the air. Green Halloween makeup can make things even crazier.

Run for Their Lives!

As fun green screen projects for kids go, this is one of the silliest. Ask them to run in place in front of the green screen, telling them to pretend that something is chasing them. By what? That’s up to you! But prepare to see them collapsing in giggle fits when they see their pursuers are hungry dinosaurs, rampaging orcs, or fierce pirates. There’s no end to the capabilities of green screens and their entertainment value to kids.