Making recess a priority for back to school 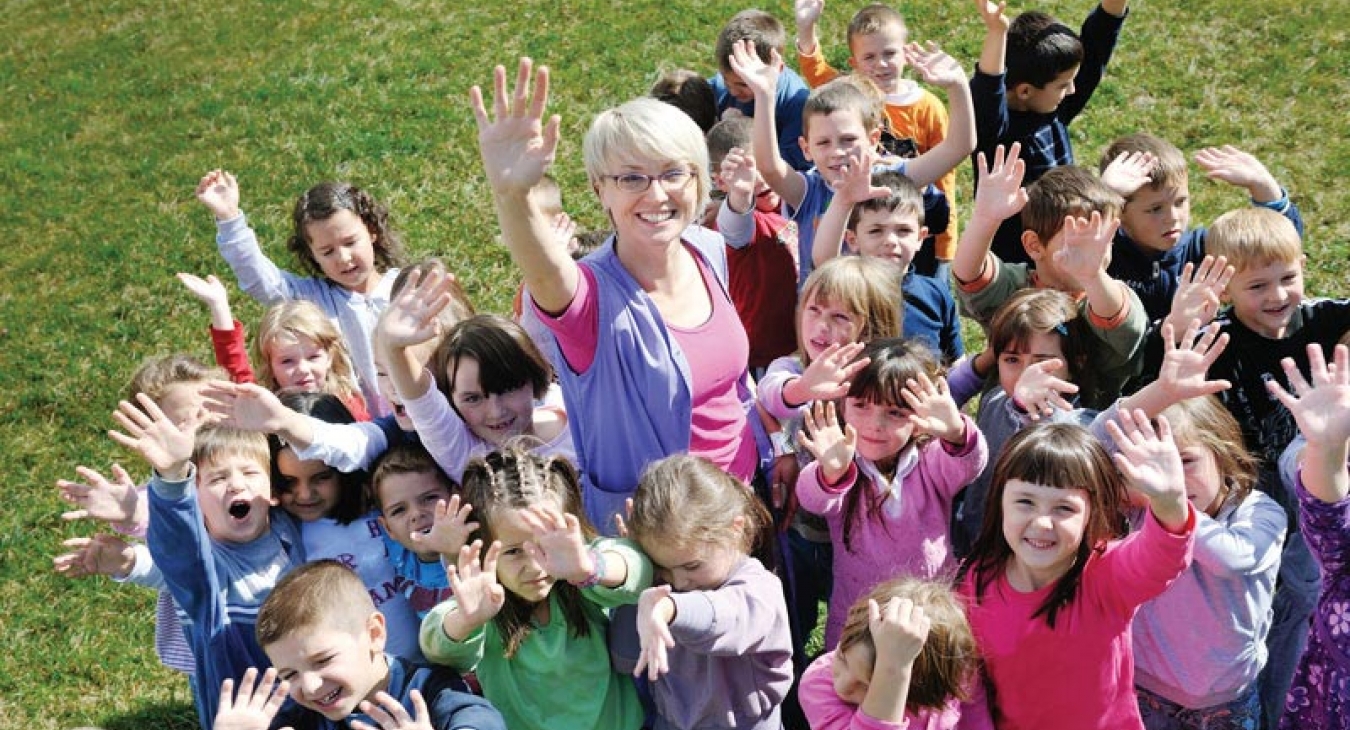 As children take their seats in classrooms across the country to embark on a new school year journey, one thing that shouldn’t be overlooked is the importance of recess and keeping it part of the curriculum.

Play is an essential tool in a child’s development. Research shows that outdoor free play gives kids many valuable benefits, including the development of physical, emotional, social and cognitive skills. However, school districts across the United States have put less value on recess in recent years in an effort to make more time for instruction. For instance, according to a recent Wall Street Journal article, the Center on Education Policy found in a 2007 report that 20 percent of school districts decreased the amount of time spent on recess. In fact, many students who have less recess need it most of all.

In spite of this, there have been many more school districts across the country – from Florida to Minnesota and beyond – reevaluating recess and putting it back on the schedule, and for good reason.

The International Play Equipment Manufacturers Association (IPEMA) is the playground industry's leading playground safety certification organization. Its Voice of Play initiative promotes growth in the quality and quantity of children’s free play and the use of playgrounds. This year, it conducted the inaugural Voice of Play Parent Survey. 1,000 U.S. parents ages 18 and over were surveyed online by Wakefield Research to discover parental attitudes on kids’ play and its benefits.
IPEMA’s members strive to provide equipment and surfacing that engages children in social, imaginative and physically rewarding fun play experiences. With this research, the hope is to share how parents value play and use this as an opportunity to promote why play is an essential life activity in every child’s development – reinforcing the message to schools and educational professionals across the country.

Highlights from the 2017 Play Parent Survey

According to the publication, The Benefits of Recess in Primary School by Dr. Anthony D. Pellegrini and Dr. Catherine M. Bohn-Gettler, although children can engage in a variety of activities during recess, at least 60 percent of them engage in physically active play. They may even engage in higher levels of activity during recess compared to physical education class. When kids play, they develop motor skills and increase both their flexibility and balancing skills. They also build stronger muscles and improve bone density, improving heart and lung function, all of which help fight obesity, diabetes, and high cholesterol. These benefits from free, unstructured play, have a positive effect on classroom behavior and achievement.

Indoors or out? Another trend gleaned from the Play Parent Survey was that most parents agree that their kids enjoy playing outdoors significantly more than indoors. While there are benefits to play of all kinds, no matter the location, outdoor free play is an essential part of every child’s healthy growth and development. However, while respondents expressed that their kids enjoyed outdoor play more, the survey revealed that a more significant amount of time is spent playing indoors. Millennial parents said that their children play for an average of 4.11 hours, Generation X said 2.66 hours and Baby Boomer parents, 2.47 hours. 40 percent of respondents said their kids play for two to three hours indoors, 35 percent said more than three hours, 14 percent said one hour and 11 percent said less than one hour. An important pledge that every parent can make is to prioritize play and commit to a goal of an hour of outdoor play each and every day. With an increase in the number of schools allowing more time for recess, this goal can be achieved.

The Play Parent Survey uncovered generational differences among parents in play attitudes and behaviors. Play has a long list of benefits that are integral to a child’s future development. Yet many parents recognize select benefits more than others. For example, Baby Boomer parents were confident to respond that children who play benefit physically (93 percent), socially (87 percent), emotionally (85 percent) and cognitively (80 percent). This compares to Millennials, who ranked each attribute the lowest of all generations: socially (75 percent), physically (74 percent), cognitively (68 percent) and emotionally (65 percent). This presents an opportunity for increased education on why play is critically important.

Research shows that children use free play to express their emotions and learn to deal with their fears and “scary” experiences. Free play allows children to fully express themselves without anything holding them back. It also encourages them to develop skills that build self-confidence, such as conflict resolution and imaginative dramatic play. Social development with children—and the ability to play on their own—are also important factors in building self-confidence.

Outdoor play gives kids an opportunity to visit with friends outside of the classroom, meet new peers and play fun and imaginary games that they might not be able to play at home. This is essential year-round, even when the weather turns cooler.

Interacting with children outside of the classroom also allows for group play, where kids learn about real-life relationships. When children develop relationships, they learn self-control and negotiation skills, as well as survival skills, independence and acceptable group activities to build on as they grow up. Group play helps children prepare for a lifetime of interacting with others.

The mission of IPEMA is to improve playground safety. Safety should be a top priority when kids play, as parents value the security of knowing their kids are safe on the playground. Falling is the number one cause of injuries on the playground, so it’s important to restrict children from playing on equipment placed on hard surfaces like asphalt, concrete and packed earth or grass. Playground surfacing should be IPEMA certified engineered wood fiber, shredded rubber, rubber tiles, turf with shock absorbing underlay, or poured-in-place rubber surfacing. Other things to look out for on playgrounds in schools and neighborhoods include choosing well-maintained playgrounds, appropriate equipment to meet the needs of the age of the child playing, and ensuring there is enough room underneath and around the equipment. Safe equipment means happy, safe and thriving children.

Back to basics: Let’s keep recess

96 percent of the parents surveyed in the Play Parent Survey agreed that play outside of the classroom enhances learning that occurs in school. 81 percent also said that the American education system is lacking in that it does not encourage enough free play time.

Learning in the classroom will always be the primary methodology for primary education. The trend towards more recess and free play time can help balance sedentary learning environments with our children’s needs for movement and free play.