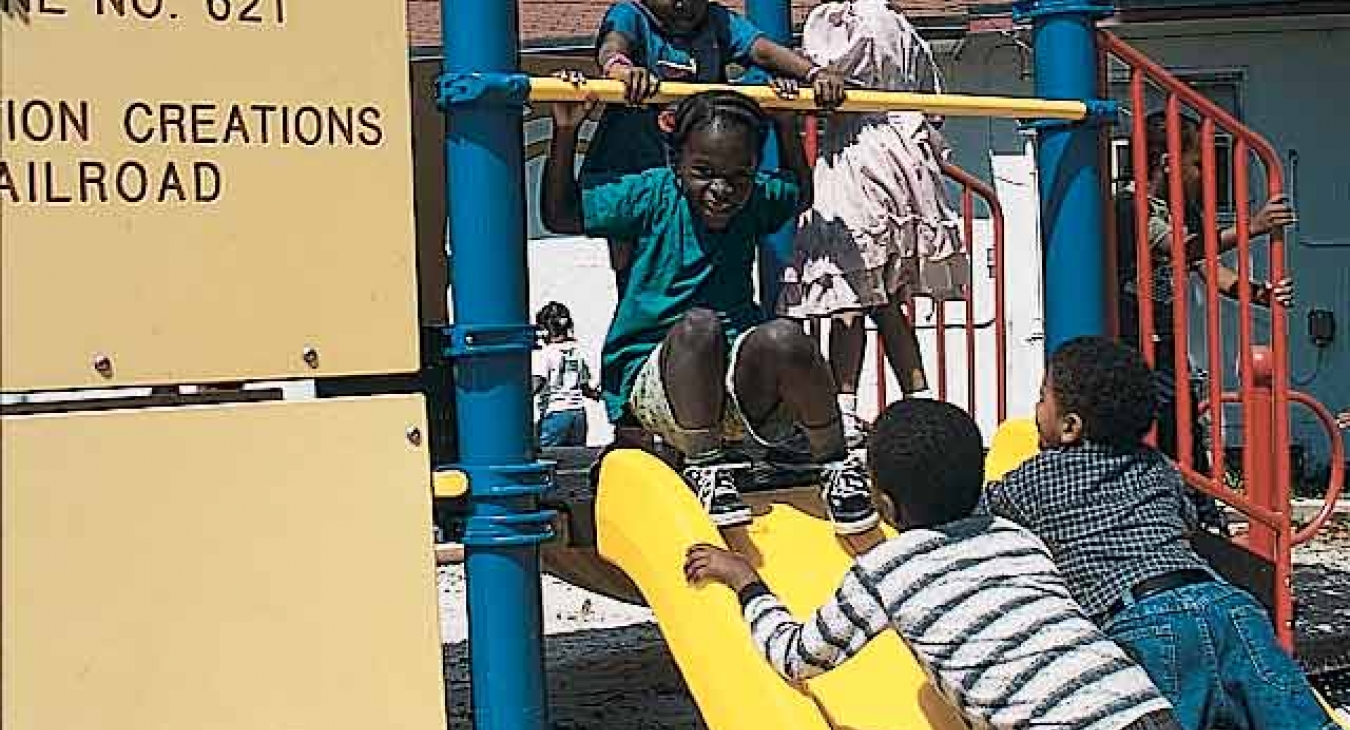 Equal play opportunities for all?

The growing healthcare crisis of obesity has been a common topic recently in the media.  One area receiving increased attention is the impact this crisis is having on working-class children and adults in urban areas. When compared to their white middle-class counterparts, research shows that obesity rates are higher for people in working-class backgrounds and for African-American and Hispanic populations.

One important causal factor of the obesity epidemic is the lack of physical activity.  Research indicates that children most likely to have sedentary lifestyles are Hispanic and African American children, especially girls.  White children are more likely to have opportunities during the week to engage in high levels of physical activity and to participate in after-school sports.  Children of color and lower socioeconomic status are more likely to watch a minimum of 3 hours of television per day, which is associated with diets high in empty calories. It is doubtful that the equivalent amount of time is spent in active physical activity. These lifestyle patterns develop into permanent behaviors as children grow into adolescence.

The public school system is a leading contributor to the reduced levels of physical activity of working-class children.  Many school districts are eliminating recess in order for students to spend more time on academic subjects; this is occurring despite the fact that recess is an important time for children to engage in physical activity. Working-class children attending schools in urban areas are more and more frequently experiencing a reduction or elimination of recess by school district policies—much more so than middle-class children attending suburban schools.

Research shows that outdoor play behaviors exhibited during recess periods are positively correlated with children’s good health, not only physically, but socially and cognitively as well.  When children do not play, they become listless but not tired. While sedentary engagements, such as video games and television can stimulate the nervous system, the physical body is not tired. As a result, poorer sleeping habits and less restful nights are experienced. In other words, inactive children do not sleep as well as active children. And generally, tired children exhibit more behavior problems and poorer academic performances than their rested peers.

Easy solutions for this problem are unlikely to exist.  One place to start, however, would be through an increased emphasis on the development of recreational facilities in urban areas.  This includes improvements of parks and the inclusion of playground equipment on school grounds; recreational facilities should also be available.  National Recreation and Park Association guidelines suggest one pool per 20,000 people, half the current average of 1 pool per 53,000 people.  Basketball and tennis courts are also available less than the recommended levels.

Interventions to increase physical activity and to establish active living habits need to begin with the young—it is much harder to develop these behaviors as adults.  Not only should recreation programs be available for children in urban areas, but public schools should also reconsider recess bans. Research indicates eliminating recess does not improve academics, but it does lead to more off-task behavior due to the long periods of focused attention.

As a community of play advocates, we have a responsibility to recognize this inequality and to be proactive in finding its solution. Article 31 of the United Nations Convention on the Rights of the Child, in conjunction with the International Association for the Child’s Right to Play (IPA Declaration), states:

That every child has the right to rest leisure and an opportunity to engage in play and recreational activities appropriate to the age of the child and to participate freely in cultural life and the arts.

That member governments shall respect and promote the right of the child to participate fully in cultural and artistic life and shall encourage the provision of appropriate and equal opportunities for cultural, artistic, recreational and leisure activity

These rights are awarded to all children, not only to those who can afford them.