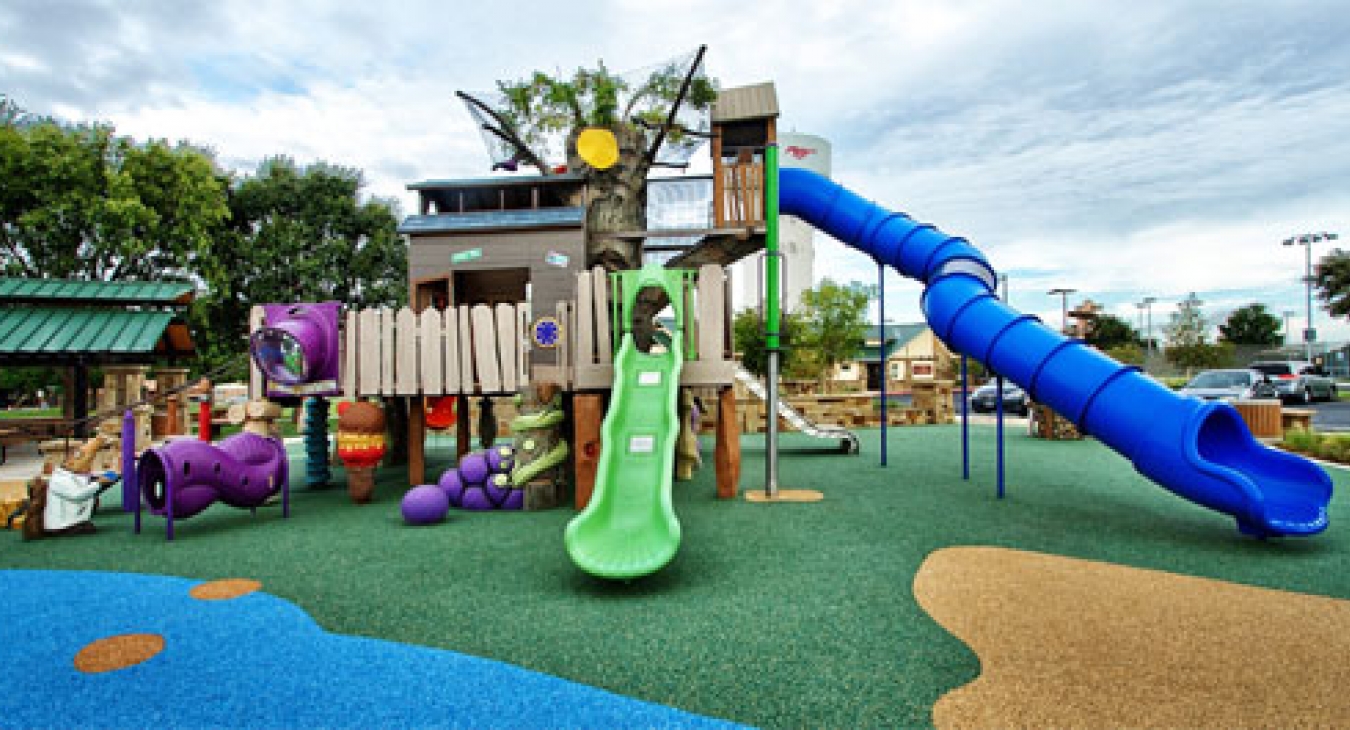 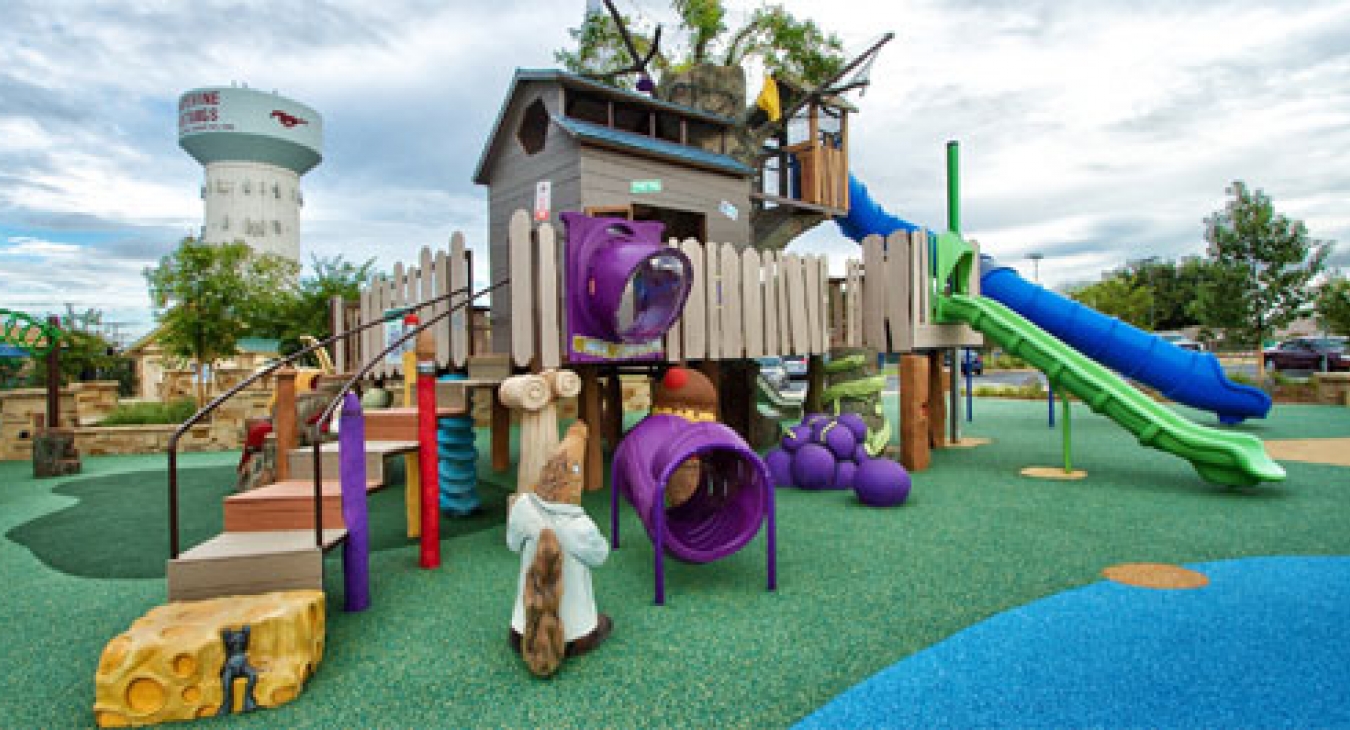 It is the time of year for award shows. The People’s Choice Awards and the Golden Globes have come and gone. The nominations for the Oscars were announced this week and will be awarded in March. And today I am announcing my first Inclusive Playground awards! Many exciting things happened in 2013 that we should all celebrate. These events are paving the way for even more exciting playground openings, new equipment, and stronger movements for inclusive play in 2014. So here are the 2013 Inclusive Playground Awards…

Casey’s Clubhouse includes a real clubhouse and incredible playground amenities, including a wheelchair-accessible treehouse with electronic games and 14-foot slide, a zip line and more. The play area also features eight swings, a rock climbing area, Dove dolphins with mist, a fishing shack, and amazingly cool looking “plastic factory.” During NRPA, I spent over 2 hours with Todd Lehman, the owner and Executive Creative Director of Cr8Play, learning all of the unique aspects to this playground. There is no way I can adequately describe this playground to you. You must check out the pictures.

Playground with the Biggest Impact

Highlighted on the Today Show

The $1.2 million playground, opened in Portland, Oregon in 2012. It is a truly innovative play space—much more than a playground, a play environment. Harper’s father Cody is so committed to bringing the success of this playground to other communities, he made the decision to quit his day job. He is now working on the creation of inclusive playgrounds full time. The Today Show was an excellent way for them to kick-off the work of helping others to build inclusive playgrounds.

Non Profit with the Most New Playgrounds Opened in 2013

In 2013, Touched by Olivia added two new playgrounds to their roster. They now have 7 playgrounds open with a plan for 10-15 more to open in 2014. Touched by Olivia is also leading an inclusive play movement in Australia. This collaboration has documented 60 inclusive playgrounds throughout the country. Recently, they got permission to open social enterprise cafes at the different playgrounds. The cafes will employ people with disabilities, offer programming, and raise additional funds for the organization.

Best use of social media by an Inclusive Playground Project

This is a group dedicated to developing an inclusive, accessible playground in Kenosha Wisconsin. They have a goal to raise $250,000. They announced on November 4th that they are at $107,631.47. They get excited about every new penny they collect and share that information with others. They do a wonderful job on their Facebook Page thanking all of their donors—big and small as well as reminding people why this project is important.

They did an amazing job getting people excited about their big fundraiser. They did a photo count down every day until the event. Each day they posted a new pictures with a number in it to remind people how many days left till the big event. It was one of the best social media campaigns I have seen.

The Triumph Climber by Playworld Systems

This unique playground equipment was designed to encourage children of all abilities to climb on the same piece of equipment. It has a built in transfer station with hand holds to help a child to pull himself up to the top. They are two other ways to get up to the top, one harder than the other. Three levels of challenge purposely built into the piece.

Lions International Clubs’ float in the Rose Bowl highlighting their work with Matteo’s Dream, a Leathers and Associates playground, in Concord, CA. The float won the Tournament’s Special Trophy Award—how fitting as it is truly a special playground.

Unlike other award programs, there was only one person voting with these awards—me. Please share with us other amazing work that happened in the last year to promote inclusive play.

Kyle--
I agree this is another amazing playground. How cool is that they closed and disinfected that a toddler could come and play. That takes a special group of people to do that.
Mara

I am surprised Tatums garden received no mention. That group continues to amaze me. They received coverage on the today show and most recently announced they are closing the playground to have it disinfected so a toddler with leaukemia can have a morning of play with his family. This was one of his last wishes. Truly I have never seen a community come together like this group. They have monthly cleanup and continue to "do good".