Looking Back At The NRPA 2012 Congress, Exposition 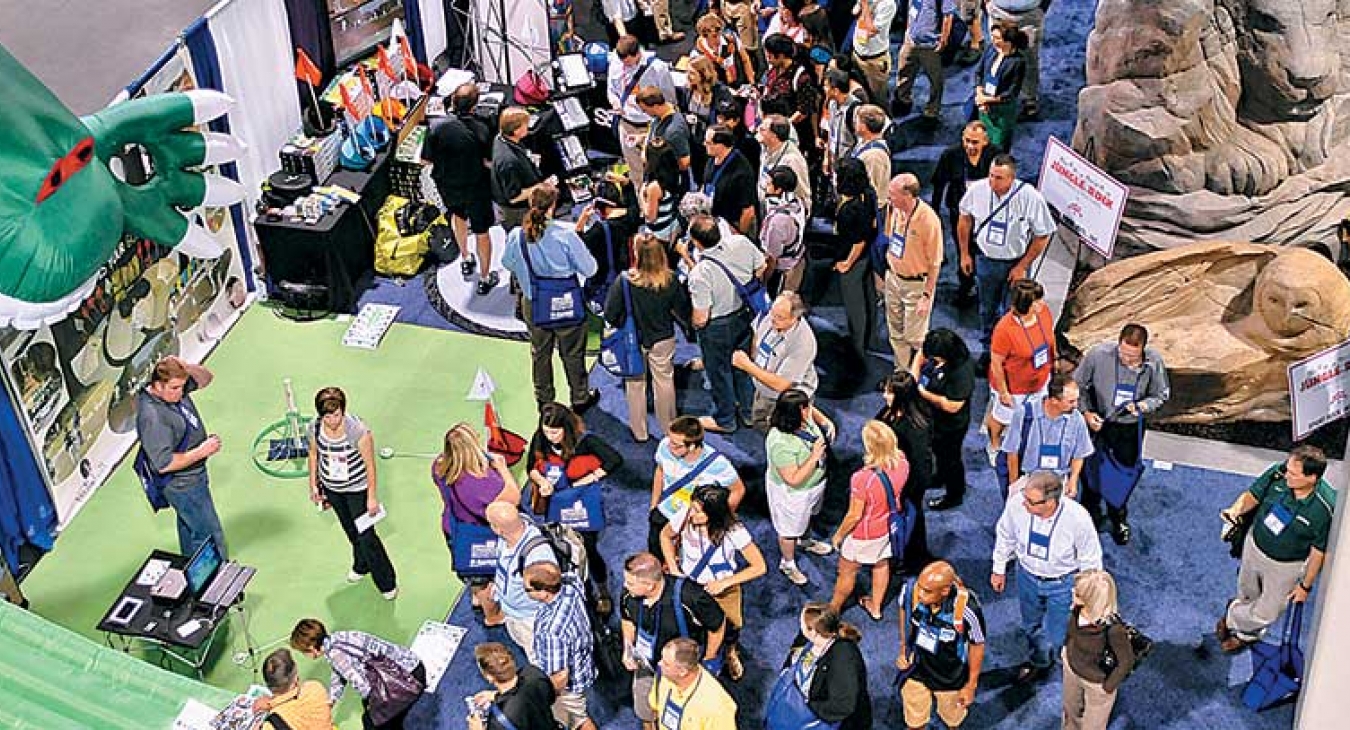 The National Recreation and Park Association (NRPA) held its annual Congress and Exposition Oct. 16-18, 2012, at the Anaheim Convention Center in Anaheim, CA. The three-day event brought together nearly 7,000 park and recreation professionals, citizen advocates and industry suppliers and exhibitors to network, learn, innovate and elevate the field of parks and recreation.

This year’s Congress gave attendees some of the best opportunities to meet other professionals, learn and exchange with one another and grow their professional network.

On Tuesday, Oct. 16, the meeting kicked off with the Opening General Session during which NRPA President and CEO Barbara Tulipane announced that the association would join the National Wildlife Federation on a goal to get 10 million more children outdoors in the next three years. Central to achieving the goal are park and recreation agencies and the association is engaging agencies across the country to encourage participation in the initiative as well as providing resources and information.

To find out how to get involved in the 10 Million Kids Outdoors goal, visit www.nrpa.org/10MillionKidsOutdoors/.

Also during the general session, attendees were inspired and touched by the remarks of keynote speaker, renowned economist Dr. Lowell Catlett. With his engaging style, captivating stories and unforgettable “crap factor,” Dr. Catlett’s presentation and messages really hit home with park and recreation professionals. NRPA members and attendees can view a recording of the live presentation of the Opening General Session and Dr. Catlett’s keynote by visiting the NRPA Congress Resource Center.

Year-after-year attendees come to the NRPA Congress and Exposition for the high-caliber educational opportunities and in 2012 there were more than 200 available. The sessions were organized in 11 tracks that were specifically tailored to parks and recreation such as “Healthy Lifestyles,” and “Planning, Design and Maintenance,” to name a few.

Much of the educational sessions offered continuing education credits to support professionals’ ongoing learning and development. Be sure to check NRPA.org for information about available session recordings from the 2012 Congress and Exposition.

Congress just wouldn’t be Congress without the industry’s leading Exposition. Nearly 400 industry suppliers were in attendance this year with the latest innovations, products, services and more for the field. As attendees explored the exhibit hall, they not only networked with suppliers but  got a chance for some hands-on testing of new innovations and could find everything they might need for their facilities, parks and outdoors spaces.

One additional highlight during the 2012 Congress and Exposition was the dedication of the El Sereno Arroyo Playground in East Los Angeles. This project was part of the NRPA’s Parks Build Community Initiative that demonstrates the transformative value of parks and recreation in underserved communities across the country as well as LA Mayor Antonio Villaraigosa’s 50 Parks Initiative.

Many partners came together for this project including the City of Los Angeles Recreation and Parks, The Trust for Public Land and PlayCore. Watch a video about the project and learn more at www.nrpa.org/About-NRPA/Initiatives/Parks-Build-Community/El-Sereno-Arr….

While this year’s Congress was outstanding, NRPA is already planning and putting together another stellar conference for next year. Mark your calendar and plan to attend the NRPA Congress and Exposition Oct. 8-10 in Houston, TX.