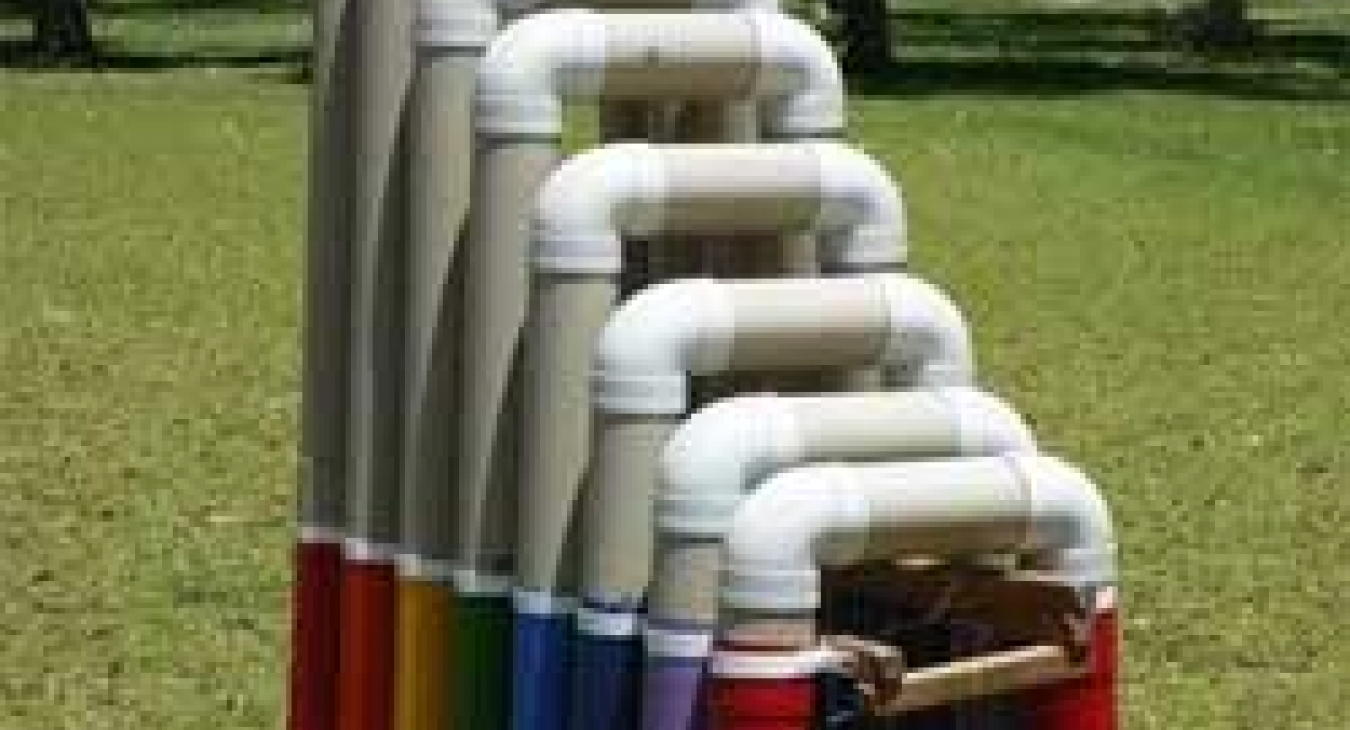 From time to time I receive some powerfully playful inspiration from people on Google +. One such recently came to me from Ron Scruggins in his provocative post on Musical Instrument Playgrounds shared on John Kellden’s Conversation community.

Edgar Castellan and I have been having a conversation about musical placemaking. We’d like to build a musical instrument playground, with large instruments that are easy to play, and can be played by several people at once. So you could just walk in, play, and learn — like the boy playing the ground marimba in the picture below.

Several people of his Nakisenyi Village turn a physical space into an exciting musical place when they play a large communal marimba, made of wooden planks placed over a hole dug in the ground, in the following video:

The musical instrument playground would be a community musical environment, with a ground marimba (like the one in the video), a tongue drum made from a giant metal tank, a wind organ, wind chimes, and other instruments that can be played collaboratively.

The idea is to have some instruments tuned to archetypal music patterns, like the pentatonic scales used in cultures around the world.

We’re looking for people, places and organizations to partner with to build the playground locally. We would like to include artisans who can make instruments out of available materials.

An Icelandic artist, using materials at hand (flaky rocks from a landslide), made the stone marimba Sigur Ros plays communally in the following video:

Edgar’s vision (which I share) of the musical instrument playground was inspired by the two video excerpts linked above, when he came across them in his research of music of the world, in the documentary film [click link to see entire video - via Hulu - complete with ads]Throw Down Your Heart (Bela Fleck) [the first clip in this post is taken from this documentary]…

[Researcher Edgar Castellan plays the handpan, an instrument that looks ancient, but was invented around a decade ago. Our playing together was interrupted in 2012 by his repetitive stress injury. During his recovery he is curating a massive "metamixtape" of cross-cultural musics.]

I was immediately prompted to do some additional research of my own. Here’s what I came up with: