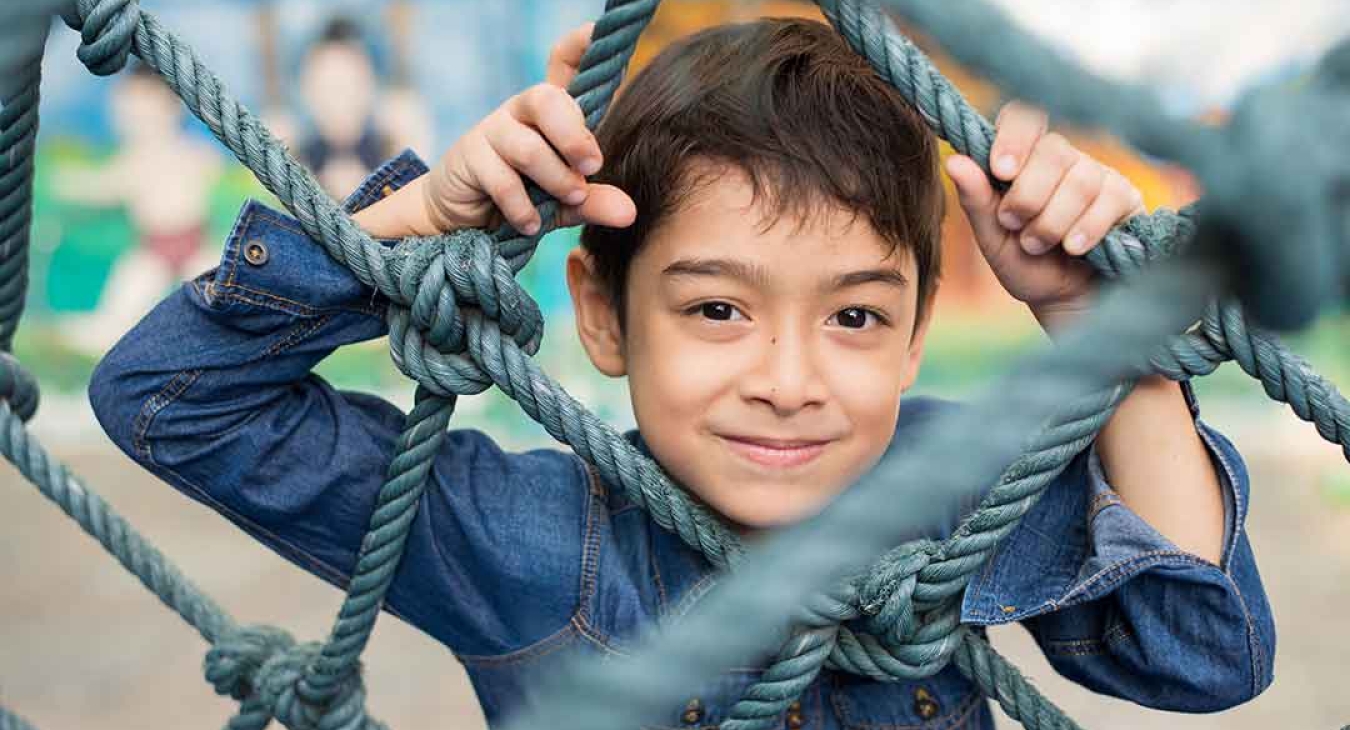 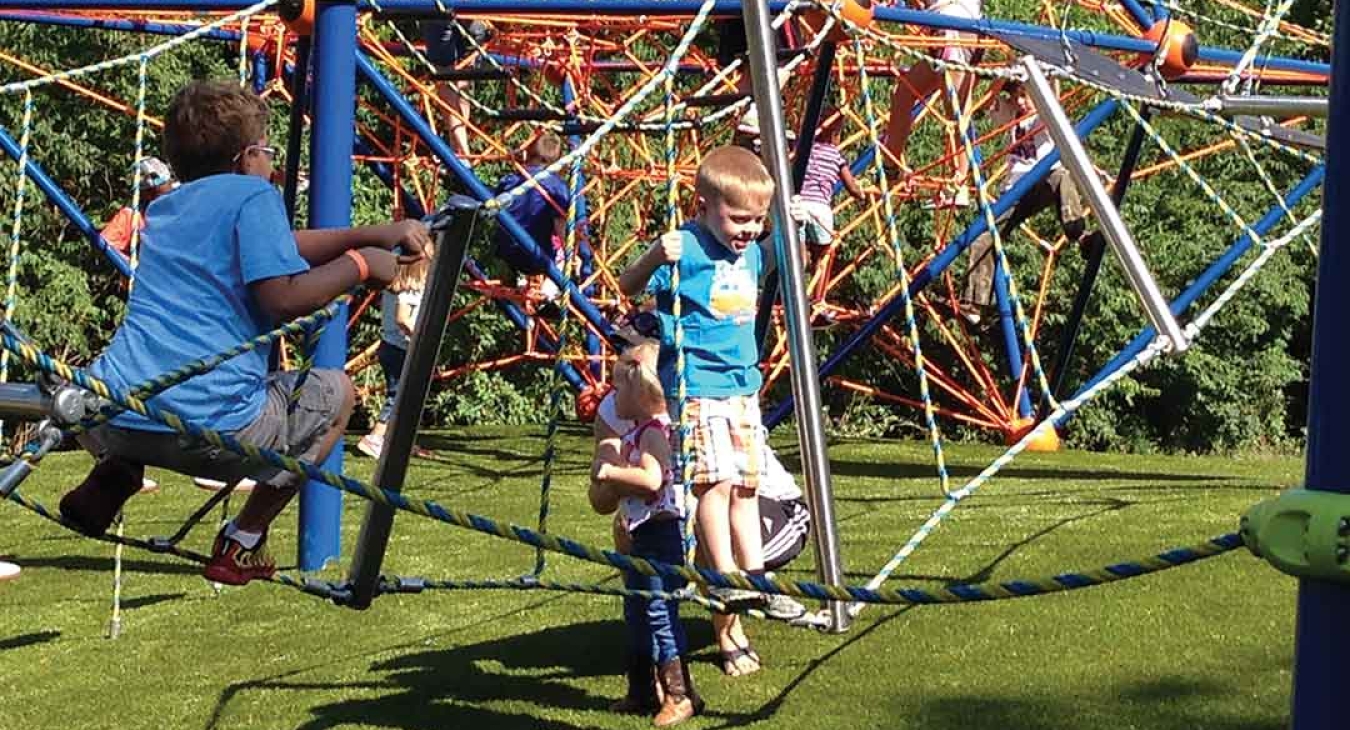 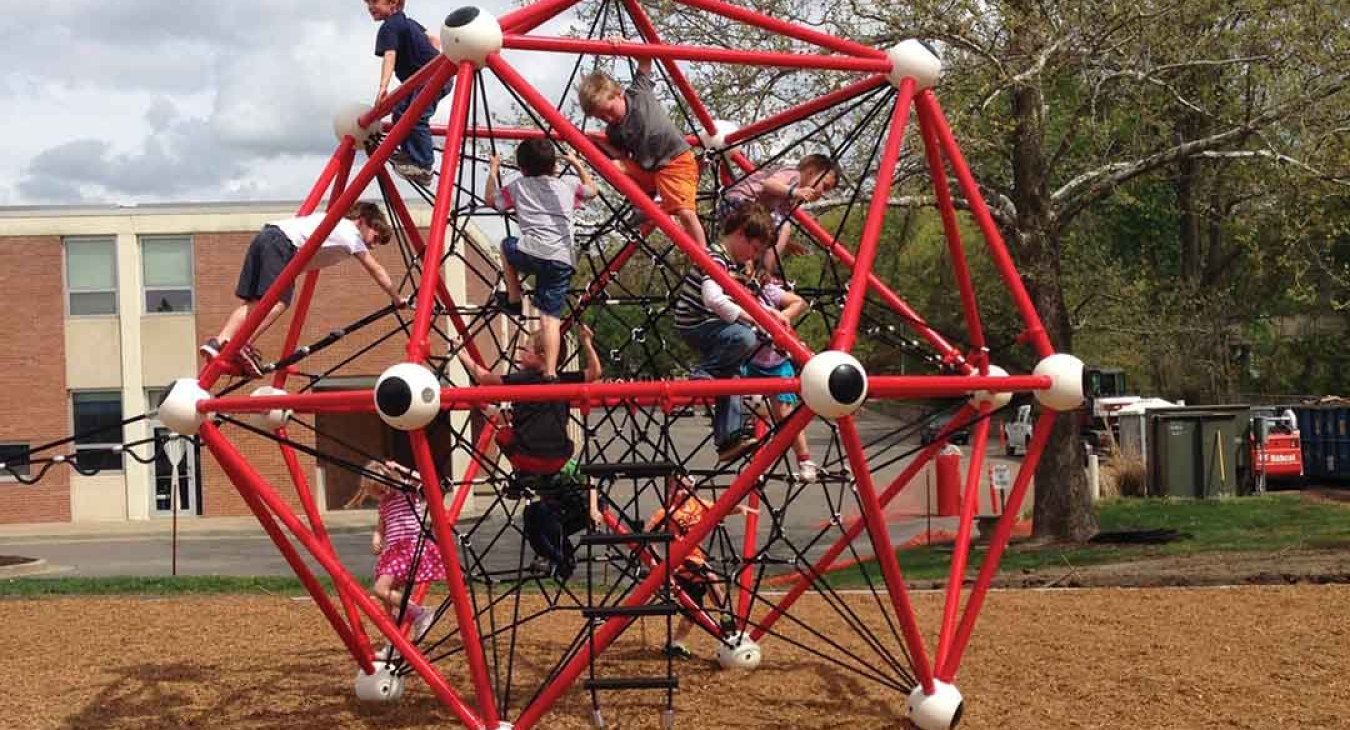 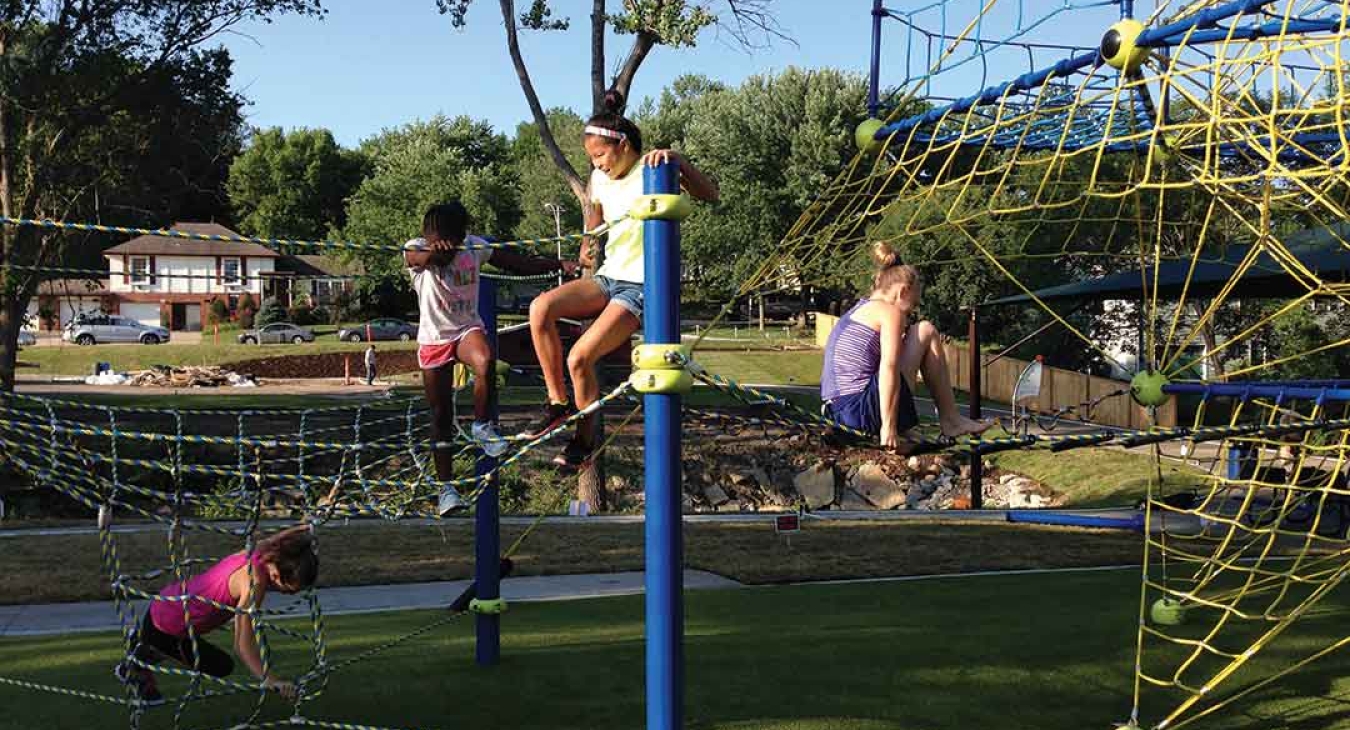 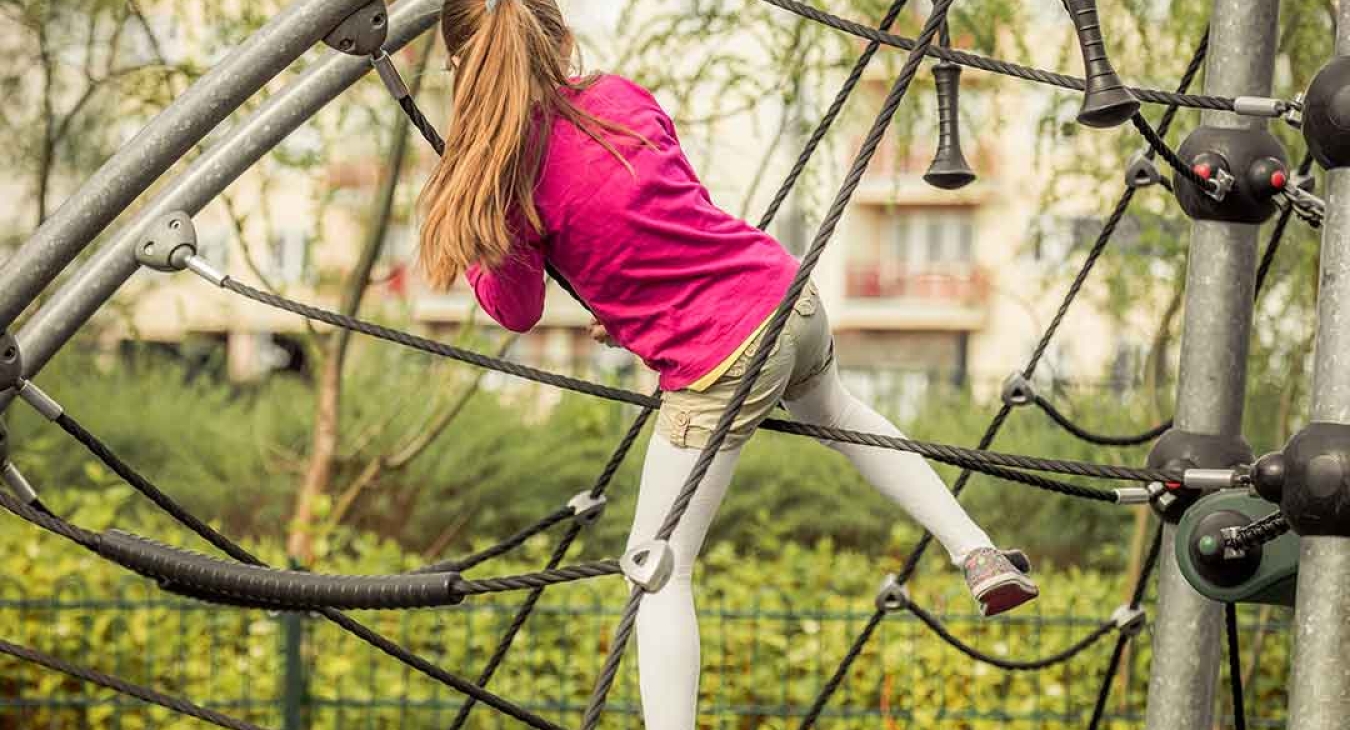 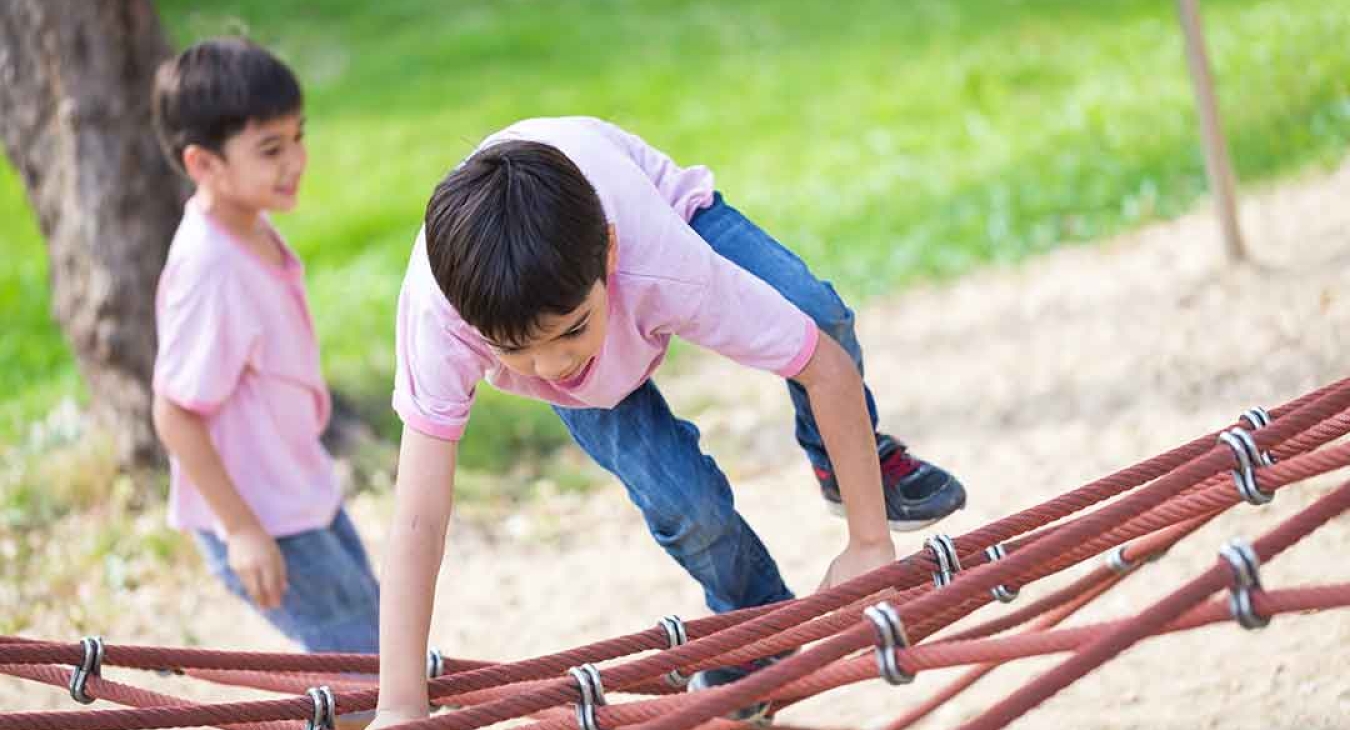 Movement is fascinating for children. It is always exciting and engaging to bounce, jump, spin, swing, or see-saw.

This is the reason children, and even adults, have so much fun on rope-based play equipment. Rope is not dead material. Instead, it is flexible and enables a child to ‘connect’ with the equipment, as a reaction follows every action. Rope is a play ‘partner’ and there is always a dialog between the child playing and the structure.

The invention of rope-based play is attributed to a 1930s former boxer by the name of Joseph Brown.

Born in 1909, the son of Russian immigrants in Philadelphia, Joe attended Temple University where he studied physical education; however, he left the university to become a professional boxer. Joe returned to complete his studies in 1931 after suffering an injury. He then spent six years as a sculptor before being hired to train boxers at Princeton University.

One big difference between rope play structures and traditional is the material itself. A well-designed net structure is responsive, giving children an additional interaction with the material as the steel inside the ‘rope’ makes it behave differently. The net structure bounces back, engaging children on a different, more in-depth level than just climbing stairs and sliding down a slide.

Rope play structures are a different design concept. Most traditional structures have specific entry and exit points (i.e., stairs in one area and a slide in another area). In addition, they tend to limit a child’s movement or how a child uses the structure. A 3-dimensional net climber gives children a structure that allows for open play – allowing the child to decide how to play on the equipment, which angle to enter or exit from, how to progress throughout the structure and more.

With the 3-dimensional design, the climbing and playing options are endless. Even if a child wanted to repeat the way he or she climbed the day before, he or she probably couldn’t. A child has to figure out each time how to get to the top or move from one corner to the other, making decisions on when to take the next step or which rope to grab.

Traditional play equipment tends to be wide-spread and closer to the ground. It separates children in their play behavior; for instance, one child may be using a slide while another is using a climbing component. The 3-dimensional net structures offer a more compact design without these same barriers separating the children. As they play, children can get close to each other allowing for social interaction and communication. Even if a child stops playing while on the structure, he or she can still sit and talk to the others on the structure.

Larger manufacturers are now also buying high quality products from Berliner Seilfabrik, a trend which has improved the perception of rope-based play equipment from a compliance, durability and safety perception. With these manufacturers promoting the concept more, it has generated a following and motivated more architects, landscape architects, park and school planners to consider specifying rope-base play.

We have a playground directory on our website with companies that can help you.

In reply to ROPE BASED STRUCTURE FOR SON WITH EPILEPSY! ANY AFFORDABLE HOME by Jill durand (n… (not verified)