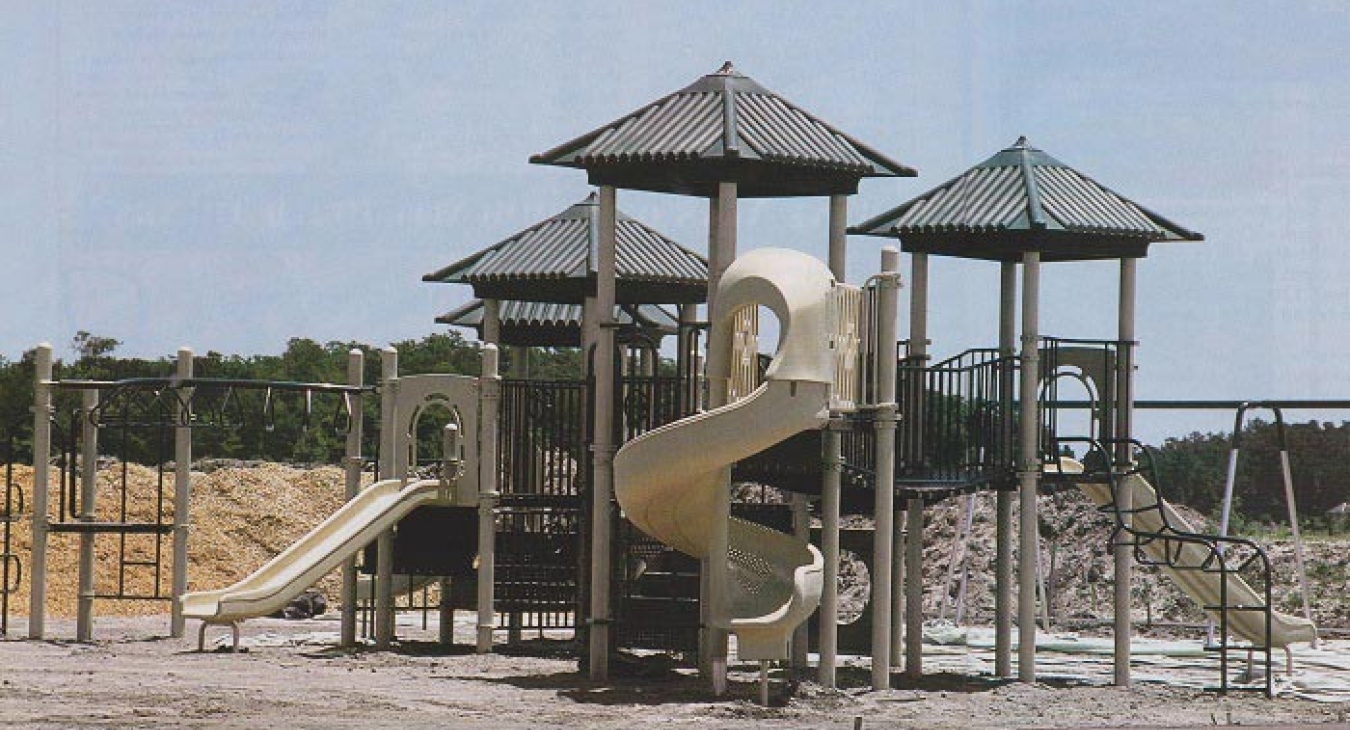 Today's modern playground must be far more than just a place for children to play," commented David Fleming, long-time director of parks and recreation for the city of Port Orange, Fla. "It must be a facility designed with the safety of the end user in mind. It must also be a place of learning and life experience, where a challenge can be met and overcome. Today's well-engineered playground must do more than simply entertain its occupants and it must do this without being obvious. The good news is that we have the technology, experience, and capability of doing this at a cost-effective benefit." The city of Port Orange is building a 10-acre playground located on the southwest side of the city, which features a multidiscipline structure known as the Rockin Robin, which can accommodate up to 48 children. The playground is near the Water's Edge development area currently under construction. It is located near a middle school and fire station, which have both recently been completed.

The location of the park was selected to be able to take advantage of recreational amenities already available from a park and the school. Funding for the park was acquired from a recreational impact fee collected from each new home built in the area.

"There also is an eight-bay swing set for the older children and a four-bay swing for the younger children. Initially, we did not do a handicap accessible swing but this may be altered in the final configuration," said Joan Davidson, a playground designer with Hunter-Knapshield. 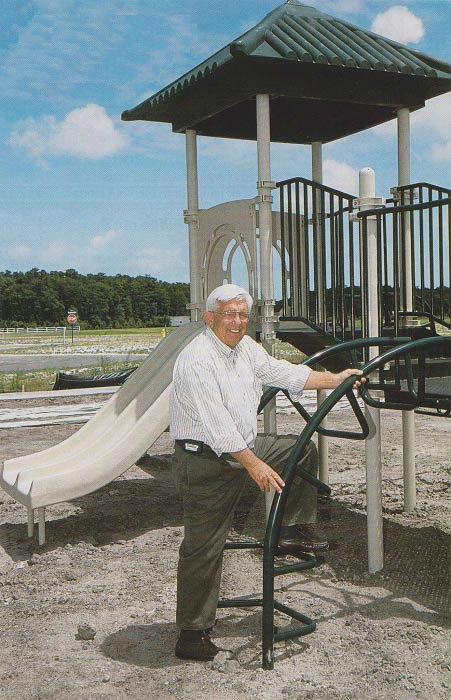 David Fleming, director of parks and recreation for the city of Port Orange, Fla., realizes the importance of safety in playground building and maintenance.

There is a second, smaller, playground structure located in the park called The Hampton. This is a 14-foot by 16-foot multi-use fabrication designed for younger children. It requires a recommended 26-foot by 28-foot use zone.

There is a small, roofed playground shelter where mothers and others can seek refuge from the hot Florida sun. The entire playground surface is covered with wood chips, which are ADA approved. Toward the rear are a climber and a four-seat Teeter-Totter.

The Rockin' Robin is designed for use by children from ages five to twelve. The smaller unit is designed for use by toddlers to kids from ages two to five. Hunter-Knapshield tried to do open slides for safety. They are not mandatory in Volusia County but in the school system, they are, so that no child can become entrapped in a tube or enclosed slide. Where crawl tubes are used on the Water's Edge playground, they will have viewports. The slides on the smaller unit are also of an oversize width for safety and ease of assistance by parents.

Overwidth concrete sidewalks (to 8 feet wide) with a "broom" finish for safety, go around and through the playground. These are designed to make the facilities available to the handicapped under ADA guidelines. Special tiles are used to cover the transition platforms making access easier for the disabled.

As for the playground floor, select earth backfill was used to bring the floor up to its final working elevation. A 10-inch thick layer of woodchip safety surface was added on top of the earth. Filter fabric and mats are being placed under the swings and slides for additional protection.

Over the past 25 years, Port Orange has been the fastest growing city in Volusia County. Population in 1970 was recorded as 3,781. By the 21st century, that figure had increased to over 40,000 people and was still increasing. This exceptional growth has made the city one of the strongest residential housing and commercial markets in east-central Florida. Recognized statewide for its planning, environmental design, and progressive public services and facilities, Port Orange was the ideal location for the Water's Edge development. Along with the new middle school and firehouse, the Water's Edge Park was a perfect fit. There will be approximately 1,200 new single-family homes, many of which are in the final stages of construction and occupancy.

While having the general contractor for the fire station clear and profile the land for the new $900,000 multi-use recreation center, the city went out for design bids for the facility. Hunter-Knepshield of LaGrange, Ky., was successful in its bid for the playground portion. Davidson was the company's representative and designer.

The first phase of the 1 0-acre park consists of the large playground, six tennis courts, two basketball courts, restrooms and parking spaces. A 10,000-square-foot community center will be constructed under the $1.5 million second phase.

" Part of the impact fee regulations are that the monies from it must be used for those activities it was designed for, namely to benefit the community," Fleming said. "This is an ideal example of this and also a challenge to the builders. It is designed to benefit the residents in the southwest part of the city although it will be open for use by all residents."

Construction on the playground portion of the park began in late February or early March. Hunter-Knapshield's crews first brought in the components and began assembling and erecting them. Then the wood chip ground cover was hauled in and dumped in stockpiles. Very shortly that will be spread around and the playground will be ready to open. " From the beginning, the city has insisted that the playground be both safe and handicap accessible," Fleming said.