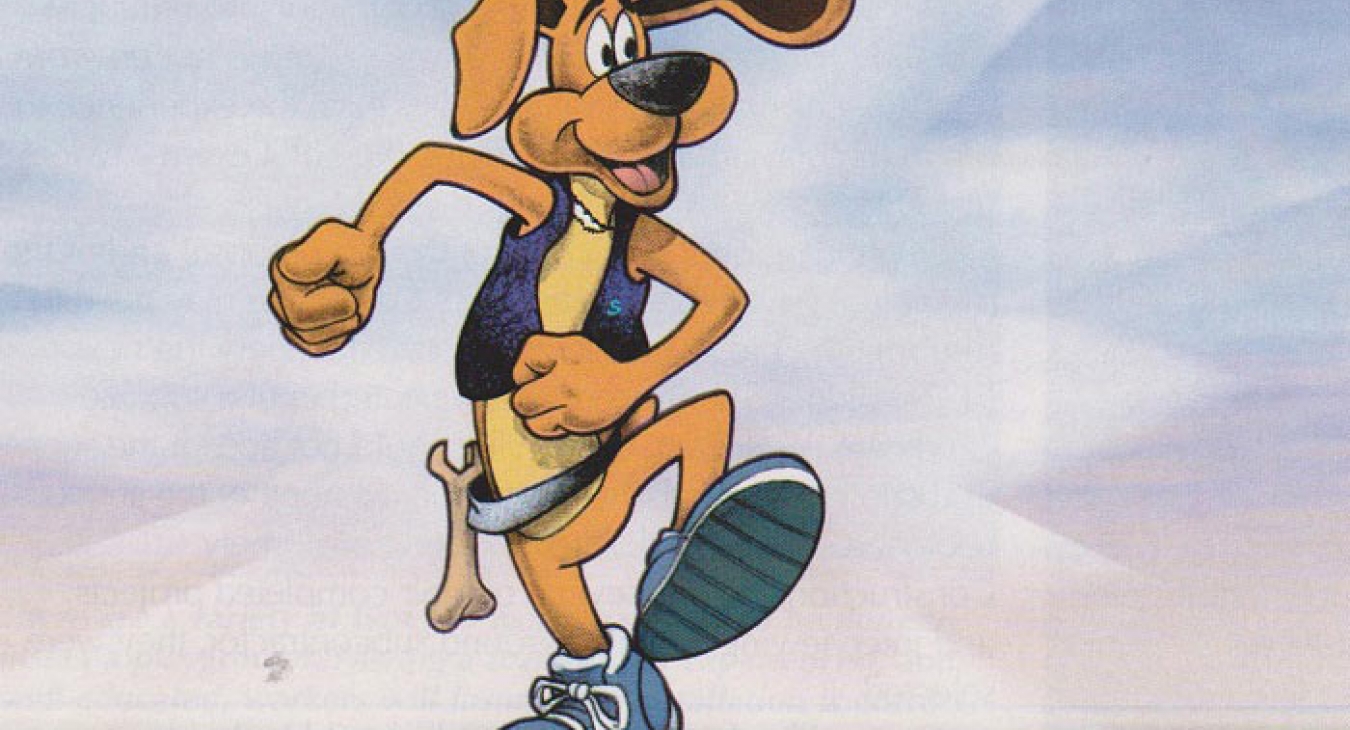 We had already traveled over 400 miles. Crayons and coloring books, Barbie dolls and candy wrappers littered the floor of our minivan like debris in a cornfield after a tornado. My four children were holy terrors as we ventured southward from the high plains of southeastern Idaho toward Fish Lake, Utah where my family was to make its first appearance in 1 0 years at the Sorensen family reunion. We knew there was a reason why we've avoided long road trips with the kids. After 13 rounds of Twinkle, Twinkle Little Star and several feeble attempts to get my kids to play the Quiet Game, our nerves were frazzled.

We finally arrived at dusk and I was looking to unwind. My kids had other plans. As soon as Grandma told them to hurry down to the amphitheater to see Smokey Bear, I had no choice but to escort them. Believe me, I did not want to go. My memory of Smokey was limited to dull, embarrassing moments as a preteen when my dad forced me to sit through a Smokey presentation at another campsite in central Idaho. Was I about to subject my kids to the same torture?

As we approached the amphitheater the sun had just set. In the dark, the presentation was already underway. To my amazement, Smokey was packing nearly a full house. We sneaked in at a decibel reading similar to that of a foghorn. We took our seats in the back row. I started out watching the film presentation where I learned that it's Smokey Bear, not Smokey The Bear and that Smokey was a real bear that really got stranded up in a tree during a forest fire in New Mexico.

But then my attention shifted from the film to my kids. I began to watch them watch the film. Is it possible that my four-year-old could actually be interested in this? After all, this was not a cartoon. In fact, the film wasn't even modern. It was at least 20 years old.

I stared in amazement as my kids soaked it up. Then, the film was over and the park rangers took control as they quizzed the audience on Smokey facts and forest fire prevention rules.

Again I was blown away at my kid's attention span. Suddenly my five-year-old, who can't hear a freight train coming over the noise of the TV, was all ears.

Alas! I was beginning to see the vision. I was catching the spirit of Smokey. That dull, boring, embarrassing figure of safety and prevention was suddenly reborn in my eyes, and I got fired up.

After the presentation was over and the kids scrambled to get in line to meet Smokey and get a fire prevention hat and some fire prevention literature, we departed. But the walk back to our lakeside cabin was a third the distance as it was coming out. My mind was abuzz as I, the sorriest mathematician on planet Earth, had just put two and two together. Slyde is Smokey. Smokey is Slyde! Now all I had to do is get back to Idaho and go to work.

And so it began ... for me anyway. Sadly, I had locked the concept of Slyde the Playground Hound in a pen in the back of my mind ever since I had been approached about being involved with the Slyde project. The people behind Playground Hound, LLC. have dedicated their lives to understanding and promoting playground safety. Now that the manufacturers of playground equipment have done their part-designing playgrounds that are safe-these visionary folks wanted to take the message of playground safety to the next level, to the children. After all, parents and educators everywhere know that no matter how safe something is unless the kids have been told what to look for and what to do, an accident is more likely to happen.

Soon Slyde will be in the schools and in the hearts of the children of our great nation. That is the plan; that is our vision. Complete with a website, a curriculum, plenty of accessories, catchy sayings, and badges that signify children as certified Slyde inspectors, Slyde will hound his way into the hearts of our nation's moldable youth to teach them to watch out for such things as blunt obtrusions, entanglement dangers, and unsafe or dilapidated play equipment, and surfacing problems. They will learn all this, this dull adult stuff, and have fun doing it, because Slyde will teach them, not adults.

Like Santa, Slyde can't be everywhere at all times, but his influence and teachings can. Such educational inspiration will be worth its weight in gold as we watch the national statistics of playground injuries drop, much like my jaw did at the Fish Lake Amphitheater.

On a later road trip with the family once again through Utah, the clock was approaching 1:30 a.m. Driving at night has its rewards: less traffic, sleeping children and highly visible forest fires! As we scurried down 1-15 just south of Provo, Utah, a faint orange glow became evident in the mountains. By the time we got to Santaquin, a town of no more than 2,000, that glow was an entire mountainside consumed in flames, flames that were raging down on this normally sleepy village. At 2:00 a.m. the streets were buzzing with news crews, firefighters, and curious onlookers. I became the latter as I exited the interstate and found a good viewing spot where I woke my kids up to see this majestic display of mother nature gone bad. I had never before beheld such a thing ... and neither had my kids. Literally, thousands of acres going up in balls of fire, mini-explosions of orange competed for your attention as one grove of trees caught fire after the next. Every outburst, every hot spot exposed to our vision in the dark of the night.

After wiping the sleepy seeds from her eyes, my middle daughter, Chelsey, finally spoke. "Those guys should have listened to Smokey Bear!"

And again, my thoughts turned to Slyde. What powerful lessons Slyde will teach! What an example he will set! Educators, park and recreation officials, daycare leaders, and the playground industry folks alike have never had such a potentially powerful tool in the palm of its collective hand. Soon, Slyde will be visiting a school, a park playground near you. Be sure to invite him in.