Why Equipment Complies With Safety Criteria 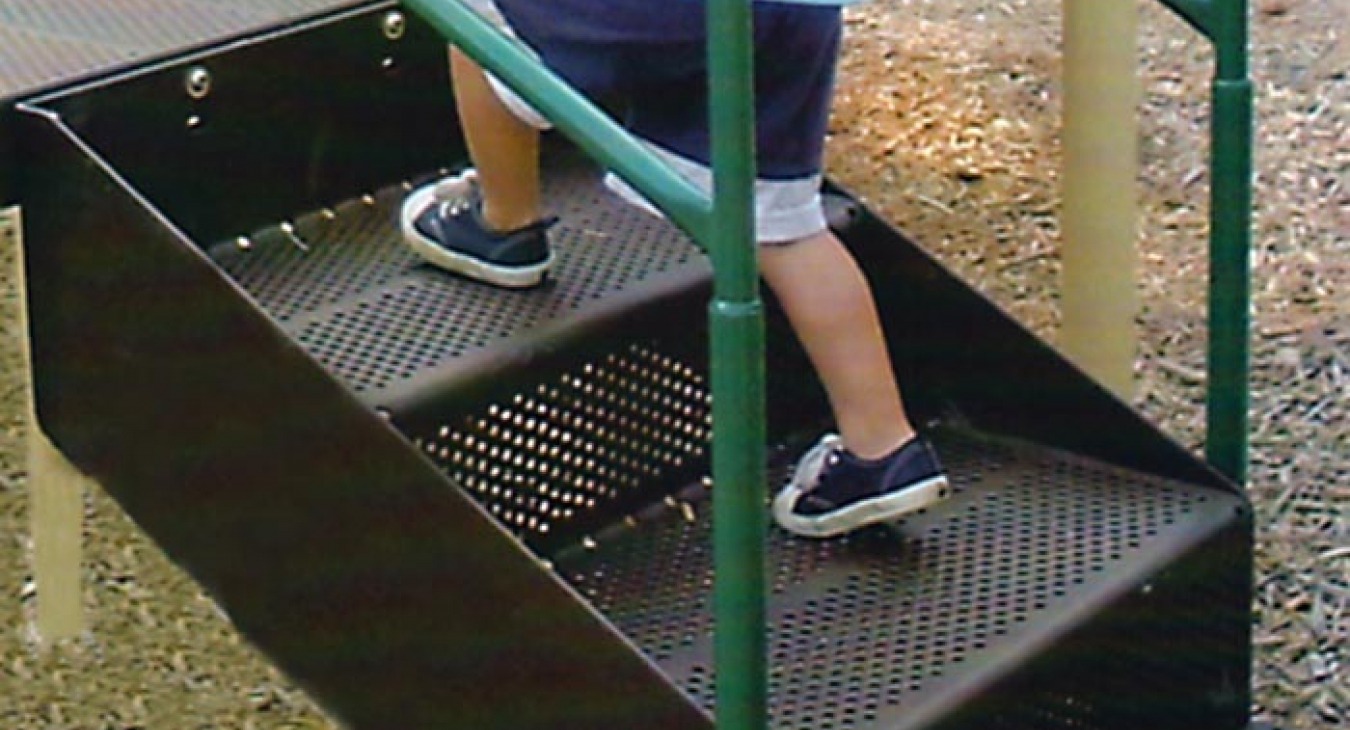 But Kids Still Have Accidents

A new report from Great Britain entitled "Playgrounds- Risks, Benefits, and Choices" describes the first detailed strategic assessment of outdoor playgrounds in the United Kingdom for over a decade. The report, written under the direction of noted authority Professor David J. Ball, was prepared for the Health and Safety Executive, a select body appointed by the Health and Safety Commission of Great Britain with statutory responsibility for the enforcement of health and safety laws. One of the significant contributions of the report is the inclusion of international research-including much done in the United States-in addition to that done in the United Kingdom. The findings and conclusions of this report present several interesting points regarding play that might be important for American play providers.

One clear conclusion was that there is no discernable trend in the United Kingdom-either up or down - in playground accidents over a 12-year period, from 1988 through 1999, in spite of all efforts to improve playground safety. This mirrors the CPSC finding for the United States for a similar period. Neither analysis factored the unknown change in exposure caused by increases or decreases in a number of playgrounds and equipment, the number of children using playgrounds and how long they played there.

Playground Accidents May Not Be Caused by Playground Equipment

Analysis of United Kingdom data suggests that a large portion of accidents while occurring in playgrounds, do not involve playground equipment. These " playground accidents" actually involve such things as a bike, syringe, wasp, golf club, various types of balls, thrown objects, roller blades, park bench, skateboard, a utility post, and many other items. In the United States, almost half of playground deaths are caused by strangulation, a significant proportion of which involve ropes or chains brought on to the site by children, and which are not an integral component of the equipment.

One U.S. study found that only 36 percent of school playground injuries in Colorado can be attributed to equipment. This percentage is believed to be high compared with the United Kingdom since school playgrounds in Great Britain contain little conventional play equipment. Most school playground accidents there involve slips and trips, collisions, behavioral factors and informal sports. Similar findings were also noted in Australia.

Playground Behavior, Not Hazards May Cause Accidents

Of note were those cases in which playground behavior, not equipment, was deemed to be the significant factor. These 'behaviors' range from wearing inline skates while on equipment, walking in the path of a moving swing, distractions, over-exertion, playful aggression, wanton aggression, and trying something new. Several studies were cited which examined adequacy of play opportunities for children, risk perception of both children and parents, family-based stress, and even the style of parental discipline. The United Kingdom report suggests these factors also may have a bearing on playground behavior, a major contributor to playground accidents.

In both Europe and the United States, significant efforts have produced sets of very technical safety standards for playground equipment and playground layout. These physical and environmental remedies have been seen by some to be "easy solutions" to improve playground safety. The focus has been on identifiable hazards. But this has obviously not been the panacea, the magical universal resolution of the problem. In fact, in both the United States and abroad, even playground safety experts are voicing concern that playground equipment has become less exciting and less attractive to children, has had the essential play element of risk removed, and has jeopardized play provision and play value.

England's foremost playground safety specialist, Peter Heseltine, said, "We have made playgrounds so monumentally boring that any self-respecting child will go somewhere else to play..."

This is perhaps an extreme condemnation, but it is time to admit that establishing safety standards by themselves have not significantly reduced playground accidents. Children playing on a playground which is in complete compliance with safety standards may still have accidents. What is important is the severity level of injuries resulting from these accidents?

One issue that might be debatable is whether "accident prevention" isn't too readily accepted as the singular design and management objective of utilizing playground safety standards. This incorrectly assumes accidents are not random "unexpected events or unforeseen incidents" -a standard dictionary definition of "accident." Compliance with physical safety criteria is actually an effort to ameliorate playground hazard sources of danger or harm to the user-not complete accident prevention (which is an unobtainable objective, actually).

Another issue is the multiplicity of definitions applied to "risk." Some are positive, some negative. One of the most current applications of "risk" as a positive attribute to playgrounds comes from a new treatise on the subject titled Best Play: "Play is a key element in children learning to appreciate, assess and take calculated risks, which is fundamental to the development of confidence and abilities in childhood. Children seek out opportunities for risk-taking and it is the responsibility of play provision to respond to exciting and stimulating environments that balance risks appropriately."

The challenge of safety criteria, then, is to eliminate or render harmless those playground hazards that pose danger of severe injury but to retain the positive element of risk-taking for playground users. This is complicated on playgrounds which are used by children having an age range of ten years (in the United States, public playground equipment is designed for children from ages two to 12). What is stimulating risk-taking for a pre-school child is probably boring to a twelve-year-old; what is appropriate risk-taking for the older child may be inherently dangerous to a younger, less experienced and physically undeveloped child. A classic example of this conflict of purposes is the attempt by some safety advocates to limit the height of playground equipment in an effort to reduce the severity of fall-related injuries. Whereas, play value advocates believe climbing to elevated positions is very desirable risk-taking and a stimulating play activity. Previous efforts to resolve this conflict have been "either/or" solutions. This is because the solutions have been viewed solely as an equipment design issue.

In the Future: A Comprehensive Playground Accident Prevention Plan?

Could it be that compliance with hazard-control safety standards needs to be supported and complimented by new directions in playground supervision, children s awareness and modification of play behavior patterns? There are actually several new efforts to do this. They are not as easy to evaluate as the rather simplistic check for physical standards compliance, but they do offer promise when used together. These will be discussed as elements of a comprehensive approach to playground accident prevention in this Today's Playground column in the future.