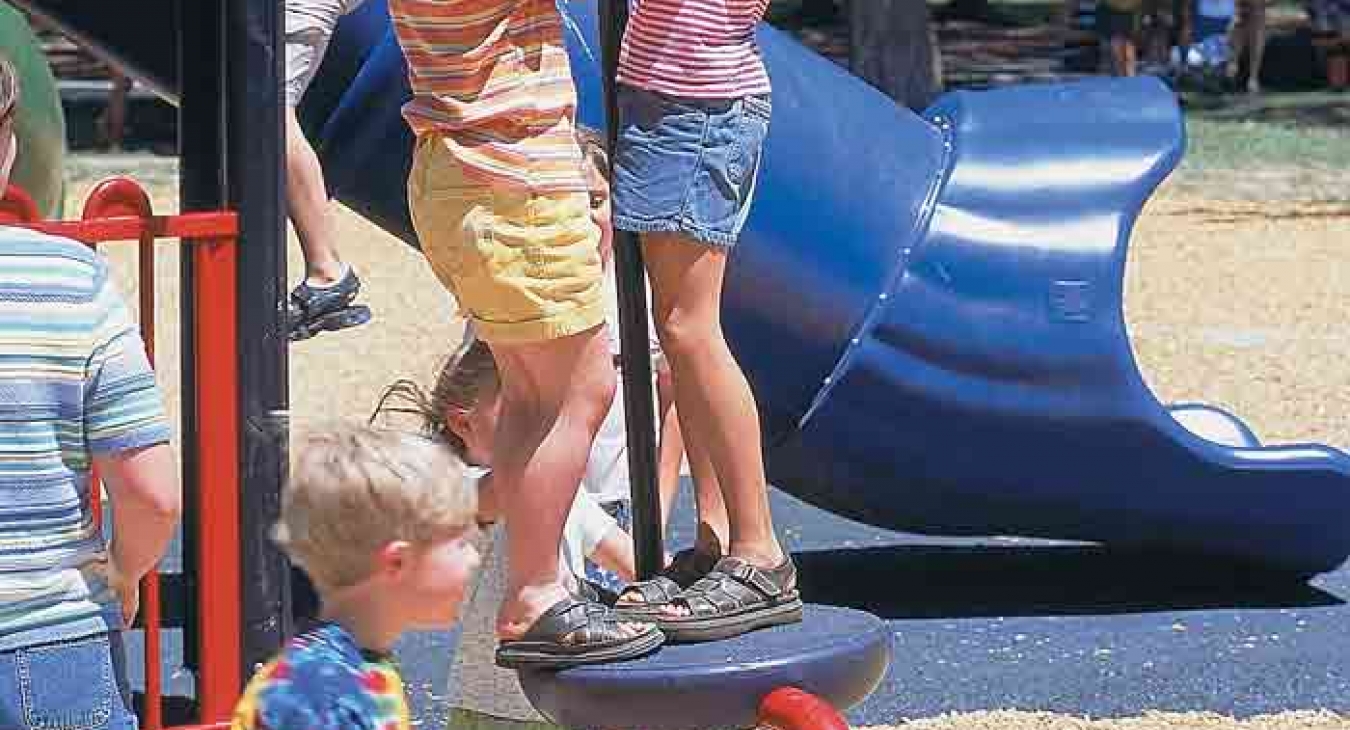 In 1989 three members of the National Recreation and Parks Association, (NRPA) Fran Wallach, Ken Kutska and Monty Christiansen, along with the NRPA Executive director, met to discuss the feasibility of creating a playground safety-training program, to complement the playground safety standards and guideline efforts of the American Society of Testing and Materials (ASTM), and the Consumer Product Safety Commission (CPSC). Baltimore, Maryland, was the sight of the first National Playground Safety Institute (NPSI) program held in 1991.

NPSI is a specially designated branch of the National Park and Recreation Association, (NRPA) which offers continuing education programs to recreation professionals as well as the public. NPSI was charged with the duty of being the first national clearinghouse and information resource to the public about playgrounds. In response to that duty, NPSI devised the most inclusive playground safety inspector-training program in the world. Participants in the program range from playground owner/operators from daycares to whole city park systems to equipment manufacturers and playground contractors. The training teaches participants where to find and how to utilize playground safety information. It teaches participants how to identify playground hazards and potentially life-threatening hazards by the use of probes and gauges designed specifically for performing playground safety audits and routine inspections.

To find out just how significant and important the role NPSI has played in the course of the last decade, you have to look at the history of playgrounds and playground safety beginning in the early 1980’s

The first guidelines for public playground equipment were issued in 1981 as a two-volume document. These guidelines were defined and refined until now we have an updated single version of The Consumer Product Safety Commission Handbook for Public Playground Safety, (Publication 325 CPSC Washington, DC). It wasn’t long after that the American Society for Testing and Materials released playground equipment standards (F-1487) of which the latest edition is 1487-01. (There are now 6 ASTM standard documents for playgrounds.) This document, The Standard Consumer Safety Performance Specifications for Playground Equipment for Public Use is the primary document which the International Playground Manufacturers Association (IPEMA) uses for third-party certification of their playground equipment. Several other ASTM standards have since been written and re-written to account for all kinds of play equipment product integrity ranging from the cushioning ability of play area safety surfacing to a standard for fencing in and around a playground.

Also, in 2000 we received the final rule from the Architectural and Transportation Barriers Compliance Board (ADAAG) concerning ADA accessibility. The work of these three separate organizations, the CPSC, ASTM, and ADAAG, has brought increased awareness to the public with regard to playgrounds. The results: we see better risk management, better playground design, and more consideration for inclusive play.

Prior to NPSI, the information in each of the documents above did not spread quickly and was not being distributed by any organized method. For those of us working with new playgrounds in the 1980’s educating and getting people to utilize the CPSC guidelines for public playground equipment was a tough chore and often fell on deaf ears. But, thanks to NPSI, today, even PTA presidents are aware of safety considerations like a six-foot safety clearance, for example. 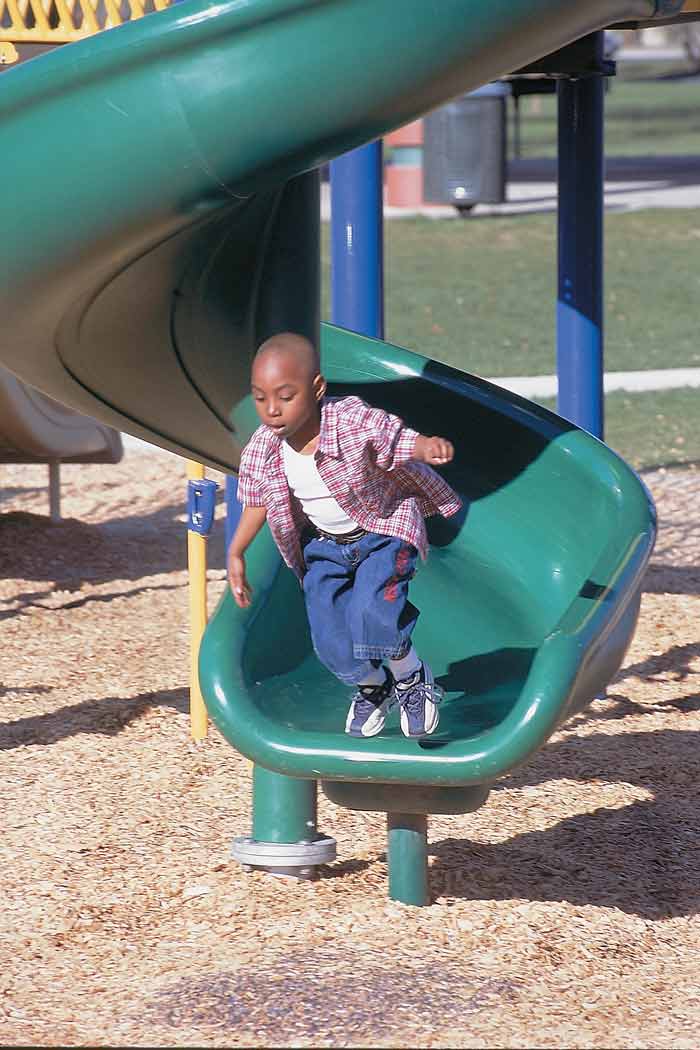 By the mid-1990’s playground safety awareness continued to increase and thanks to programs like the NPSI certification, the information began to filter to public and private entities that saw the value in sending their people to NPSI training. Gradually the importance of safety surfacing, adequate use zones and finding creative ways to rid equipment of entanglements and protrusions become relevant to our schools, cities, and communities. Today the CPSC, ASTM, and ADA requirements are perceived as common knowledge and their principles are being applied to the majority of public playground communities.

As playground owners and users and playground industry players, we owe a great debt to the National Playground Safety Institute. The education and distribution of information that most people have acquired about playgrounds has come about from their involvement with the NPSI program. Look at the numbers; in a little over one decade, NPSI has certified over 8000 playground safety inspectors worldwide. There is a good chance you know of or have a Certified Playground Safety Inspector (CPSI) in your community. NPSI has blanketed the playground consumer by bringing a logical and professional system of understanding to playgrounds and playground safety.

You may be curious about the things that NPSI teaches. NPSI has published many documents including one you must read, Play It Safe, An Anthology of Playground Safety. Also available is Points About Playgrounds, and Playground Safety Is No Accident. Each book can be purchased separately and both are used as course reading for the NPSI training.

For 2003, NPSI program has compiled their teaching tools into a new document called the Certification Course for Playground Safety Inspectors Manual. This document relates to many aspects of playground safety and is used in the NPSI training. NPSI addresses many issues not found in the CPSC, ASTM or ADA documents, such as risk management, playground legislative issues, construction, and installation. The actual NPSI training course is two days of instruction using this document and a third day is spent testing each participant’s skill and knowledge of what they learned.

The NPSI program is instrumental in the mass disbursement of playground safety information. Today, being certified with NPSI is a minimum requirement by many organizations to prove knowledge of playground safety issues. For example, many bid documents specify an NPSI certified contractor or installer in order to bid construction of their playgrounds.

The executive committee of the National Playground Safety Institute is planning and preparing to lead the institute into the next 10 years of playground safety education.  If you are not yet a CPSI and have any role in bringing playgrounds to the children of your community, then I would imagine you are behind the times.

You can find inspectors and

You can find inspectors and other safety specialists in our Professional Spotlight Directory who can help you out. Good luck with your playground!

I would like information on safety requirements for playground safety at our church, please. Affordability is an issue.

We are bidding a project in Burlingame, CA on August 17, 2021 at 2 PM and we need a quote from a NPSI play structure inspector to perform Safety Testing, Inspection, audit and report for the project.

Are there minimum and maximum recommended distances between the bottom of a swing and the top of the ground surface?

Hello! I am wondering if South Dakota Child Care is able to get more of the Dirty Dozen pamphlets? If so, please reach me at [email protected]

I would like to become certified. I am installing some small components and would like to grow with knowledge and skills.
Thanks
704-242-0292