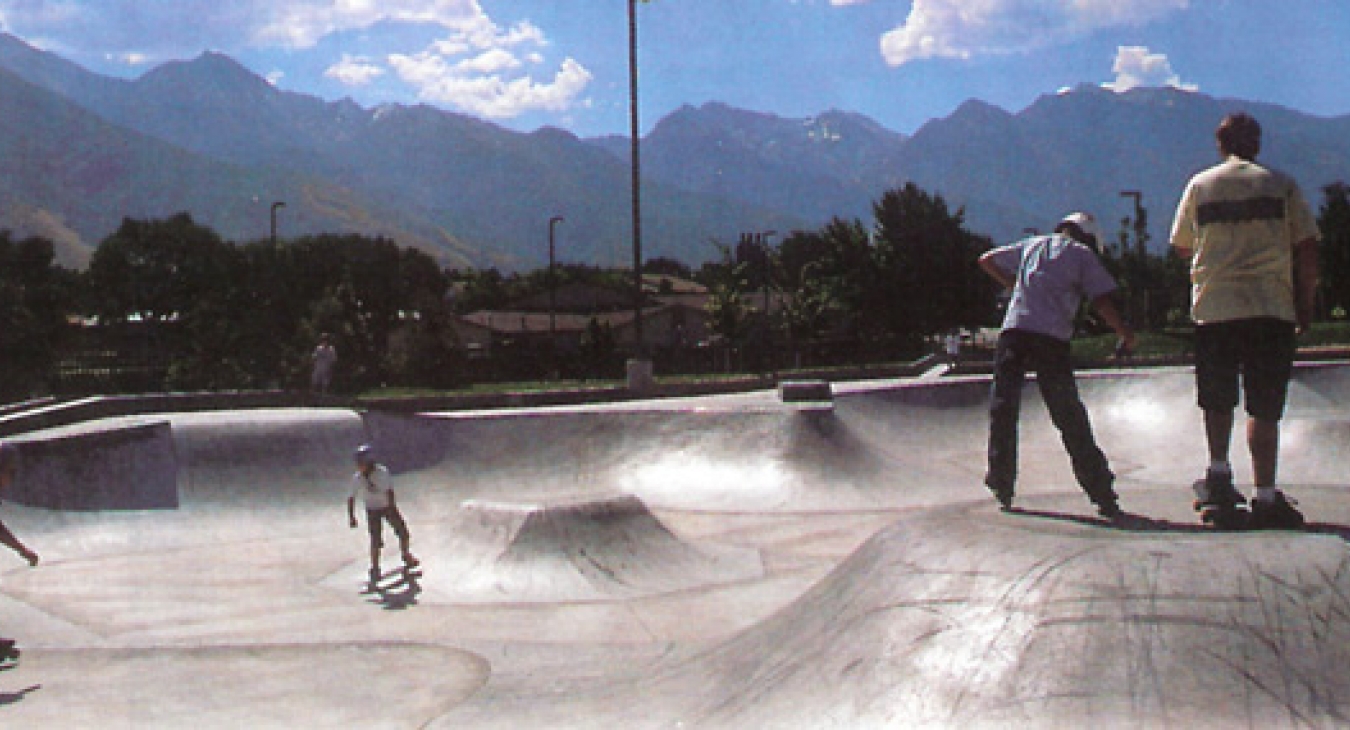 Annette Cottle, the director of Parks and Recreation for the city of Ogden, Utah, first was presented with the challenge of building a skatepark in her town at the request of the city council. Downtown businesses had been complaining about skateboarders and other extreme riders destroying property and being a nuisance near their businesses.

After a city ordinance was put in place forbidding the activity, police would stop the perpetrators and tell them to leave. When the skateboarders would ask where they were allowed to skate, the police did not have an answer. 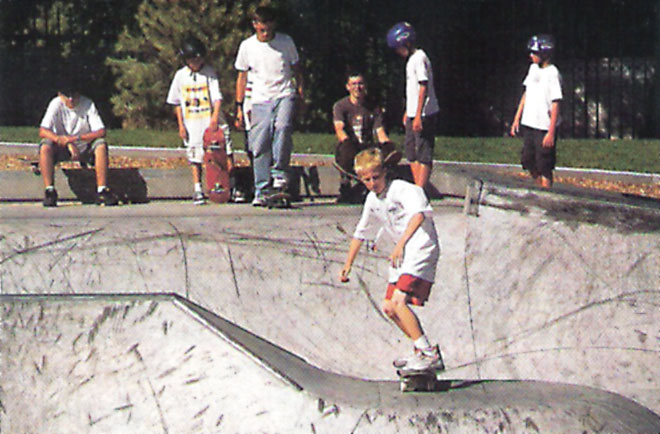 Skateparks offer teens many of the same social benefits that play structures give to younger children.

That was when Ogden decided they needed a skatepark that would allow skateboarders and in-line skaters a place to practice and to socialize with others involved in the sport.

"Right after we built the park it was always packed," Cottle said. "Now, because some other cities have built skateparks of their own, we aren't so crowded. That's nice because we are able to serve the skaters of Ogden and not of all the neighboring towns."

In fact, Cottle said that after their skatepark opened she fielded 10 or more calls a week from neighboring cities to get information on how they built the park and what kind of success they were having. Now, after the park has been open for more than a year and many neighboring towns have built parks of their own, she still fields two or three calls a week.

And the situation in Ogden isn't that unique.

Skateboarding, inline skating, and even BMX freestyle riding can no longer be looked at as passing fads that will leave when something new comes along. With the increased media attention, corporate sponsorships and video game deals, skateboarding, and other extreme sports are more popular than ever. And they show no signs of slowing down. 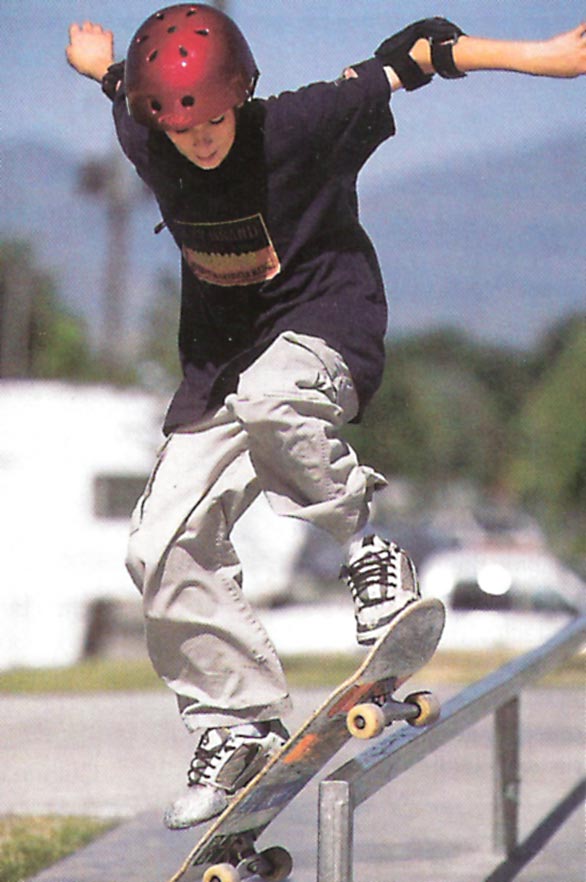 Many of the people that use skateparks don't participate in more structured, team-oriented sports.

Dick Guthrie, director of Human Services for the city of Claremont, Calif., saw similar popularity in Claremont's first skatepark, which was built as part of the community's teen recreation center.

"We knew then that it was an under-served market," Guthrie said. "We knew that the skatepark would be popular, but it became our most popular facility immediately. The day it opened it was the biggest facility. Now we are considering either building another one or doubling the size of the one we have." 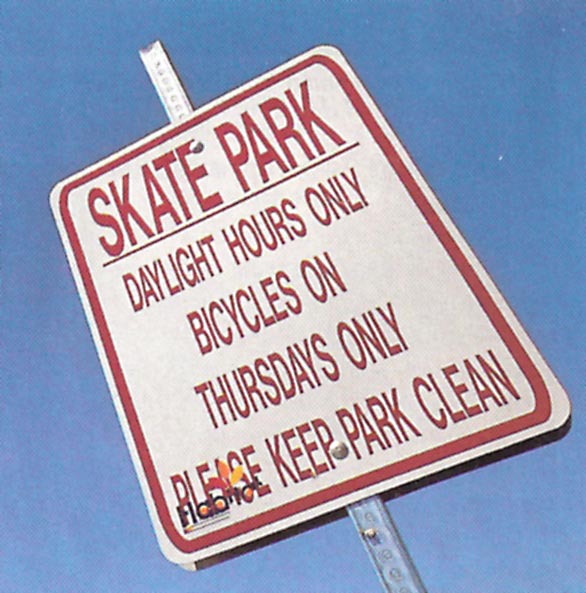 Signage should always be included at the park. Some signs are basic and others list rules and other information.

The success of the park in Claremont spurred other cities to call Guthrie and ask for advice in building these increasingly necessary recreational facilities. As more and more cities began to contact him for ideas and advice, he and several other Parks and Recreation officials started the Southern California Skate Park Coalition (SCSPC). The coalition, which enables members to discuss ideas and issues related to skateparks, now has nearly 60 cities that belong, and Guthrie serves as the chair.

The organization of groups like the SCSPC and others is a sure sign that skateparks are becoming as necessary to parks and recreation departments as basketball courts and little league diamonds.

Earlier this year Landscape Structures, Inc., one of the national leaders in play equipment manufacturing, announced the release of the SkateWave line of modular skatepark equipment. This announcement marked another landmark in the development of the skatepark market. Now, it wasn't just skaters designing, building and supplying skateparks. 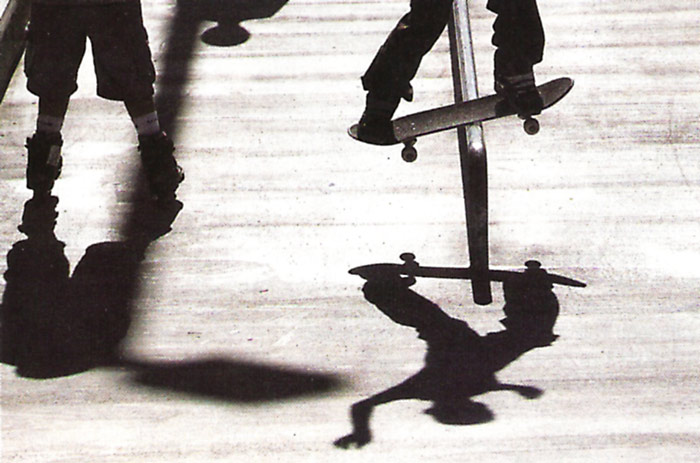 Guthrie believes that the demand for skateparks, both public and private, has been there for a long time, but it was undiscovered due to the poor light that was shed on skateboarding and in-line skating.

"We never had a clear picture or the level of skating," Guthrie said. "We didn't see it a lot because they didn't have a place to skate so they would sneak off and skate where they wouldn't get in trouble. When we would see them they would be isolated in small groups, but when you see them all in one place now, you realize how many there are."

Guthrie also believes that the additional media attention has increased skateboarding 's popularity, but he also says that he believes building a skatepark in itself creates more interest.

"There is a synergy," he said. "Having a facility has increased the popularity."

The building of skateparks is growing throughout the country. Although exact statistics are hard to come by, it is hard to argue that skatepark building is one of the fastest growing areas among cities and other municipalities.

Skatepark building is a complicated process and those who have experience agree on several key elements to designing and maintaining, a quality skatepark. Getting the users involved
in the process early is important, as they are the ones that will be using the facility and they often know what obstacles, materials, and elements they want. "The first thing I would tell someone is to go spend time with the local skaters," Guthrie said. "Talk to them and watch them. Ask for opinions and ideas."

Guthrie explained that when Claremont built its skatepark, several of the skaters that helped give input on what the skatepark should include, actually were hired by the construction company to work on the skatepark. This gave the skaters a larger sense of ownership- a key to making maintenance easier.

Cottle says that Ogden has also had skaters involved from the beginning and that the city instituted a "Skate Crew" that helps self-regulate the skatepark and acts as a liaison between the users and the city. The "Skate Crew" is a voluntary group of skatepark users that help enforce rules, maintain parks and offer suggestions for amenities and other things pertaining to the park.

Site selection is also important when building a skatepark. Many cities and municipalities have problems dealing with NIMBY ("Not In My Back Yard") issues that make it hard to find a place for a skatepark to be built. Guthrie encourages people he speaks with to build the park in an area of high accessibility and visibility. Part of this is because the facility will be used by so many and having access to other amenities (fast food, restrooms, main roads) will make the traffic of the facility easier to handle. It will also be easier to supervise because it isn't in a remote area of the city where no one goes. 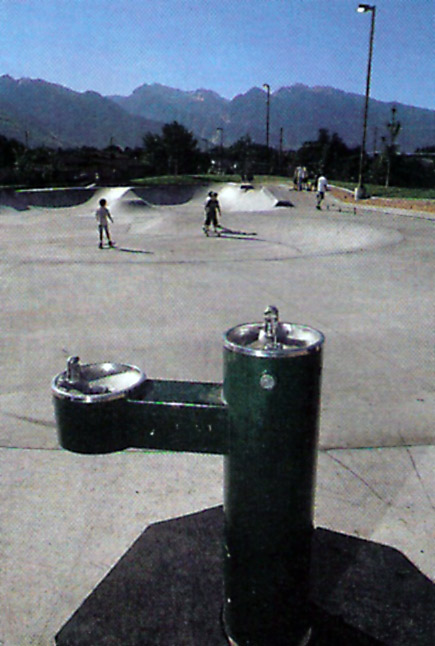 Cottle said one of the reasons her city picked the current location is because of reduced cost. Several sites were discussed, but building the skatepark in the existing Lorin Farr Park next to the existing swimming pool made the project less costly due to the existing amenities at the site. The city didn't have to build additional parking, restrooms or maintenance facilities because all of those were in place with the swimming pool and public park.

"Plus, having the park next to the swimming pool, which has lights, gives the skaters more time to skate," Cottle said.

Both Cottle and Guthrie said their experience has been heightened by successful coordination from civic leaders and police. In Claremont, police help encourage users to keep the rules by giving out coupons to people who are observing the rules. This proactive approach increases good behavior and helps involve the police in a positive way.

Cottle said that the Ogden police have been good to work with and that they are glad to have a skatepark that provides users a safe, and legal, place to ride.

As far as the problems skateparks bring to a community, Guthrie believes the biggest problem isn't too bad.

"Issues that will come up that need to be addressed will be issues of success," he said. "Cities will have to address the problems caused by the popularity of the park. If I had the chance to build ours over I would have made it twice the size it is."