Bringing Basketball to the Art Museum 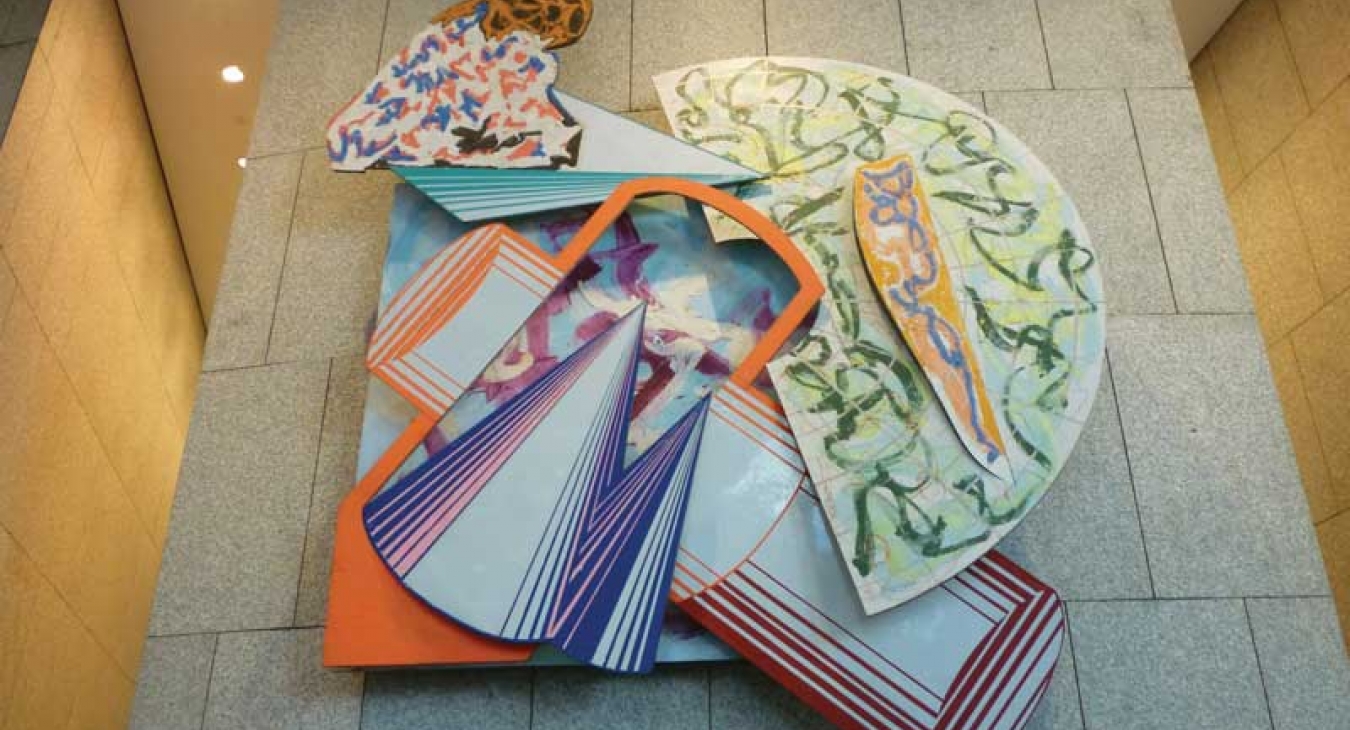 Just imagine artists Paul Klee, Joan Miró and Wassily Kandinsky at a Bankshot Playcourt, with a basketball in their hands and seeing for the first time these striking geometries in a bold inviting display. Also imagine famous sculptors Alexander Calder and Marcel Duchamp being asked to shoot a ball at these structures, which they inspired with whim and fancy. They might witness and bear testimony for themselves the transformation of art into the playful world of sports.

It would be what Frank Stella, an abstractionist artist, called "form” transforming into an inclusionary affordance he called “function." The functionality these sports structures present to children and adults, who have never heard of this art form, will perhaps only be seen as a sport’s challenge. But form, when Bankshot structures are viewed alongside Frank Stella’s work, is at once evident. Children of all ages, sizes, shapes, and diversity, including those with physical and cognitive challenges, participate together achieving real socialization and integration of the community within the world of art and play.

Bankshot's appearance provides a range of impetuously colored configurations, alternating with glowing abstract shapes and excursions relative to Picasso (when he was in his Cubist stage), Frank Stella's humongous-gigantic abstractionist structures (at the new Whitney Museum of American Art) and Alexander Calder’s Stabiles. All the while, participants are immersed in what Sports Illustrated, (in a 1991 article entitled the "Rabbi of Roundball"), referred to as an experience merging art with play: “With their odd shapes and bright colors, Brenner’s backboards have a surreal, futuristic look, like hoop saplings sprung from radioactive soil.”

Although, for the most part, created at the Wingate Sports Institute outside of Netanya, the Israel National Museum in Jerusalem was the first international art museum, foreshadowing several others, to exhibit Bankshot as sports structures with the opportunity for play and participation. Available outdoor in the courtyard is a bin of basketballs in various sizes for visitors to choose from. Indoor, wall-hangings display Bankshot Bankboards merging art and play. Since then, the design department of The Museum of Modern Art in New York; the Boston children’s Museum and the Bridgeport Connecticut Science Museum have placed Bankshot on permanent display indoors in space for that purpose.  The Children’s Museum of Memphis (CMOM) has a Bank-around-the-circle Bankshot play court. Bankshot simultaneously art and play constitute a kind of spiritual union formed within the surrounding post-modern space conceived as universal design and set aside for the socialization and the integration of a community.

An important and novel aspect about Bankshot is its educational merit. The game offers an enriched play environment composed of a series of novel sports challenges that invigorate the brain with mind-nurturing play experiences. Bankshot's design is also intended to stimulate motor coordination in a dynamic kid-friendly, inclusionary game. Because of Bankshot's spatial relationships, particularly in geometrical composition and court design, the Bankshot court is part of a new genre in the art/play/think world of wonder. It combines creative and scientific elements to produce an advanced participatory art form for today's young person. Bankshot is pure physics: an exercise in translating science into action. (Florida Park & Recreation Quarterly)

Read about bringing art and play together at the Seattle Center, City Museum in St. Louis, Mo., and the National Museum of Play in Rochester, New York.