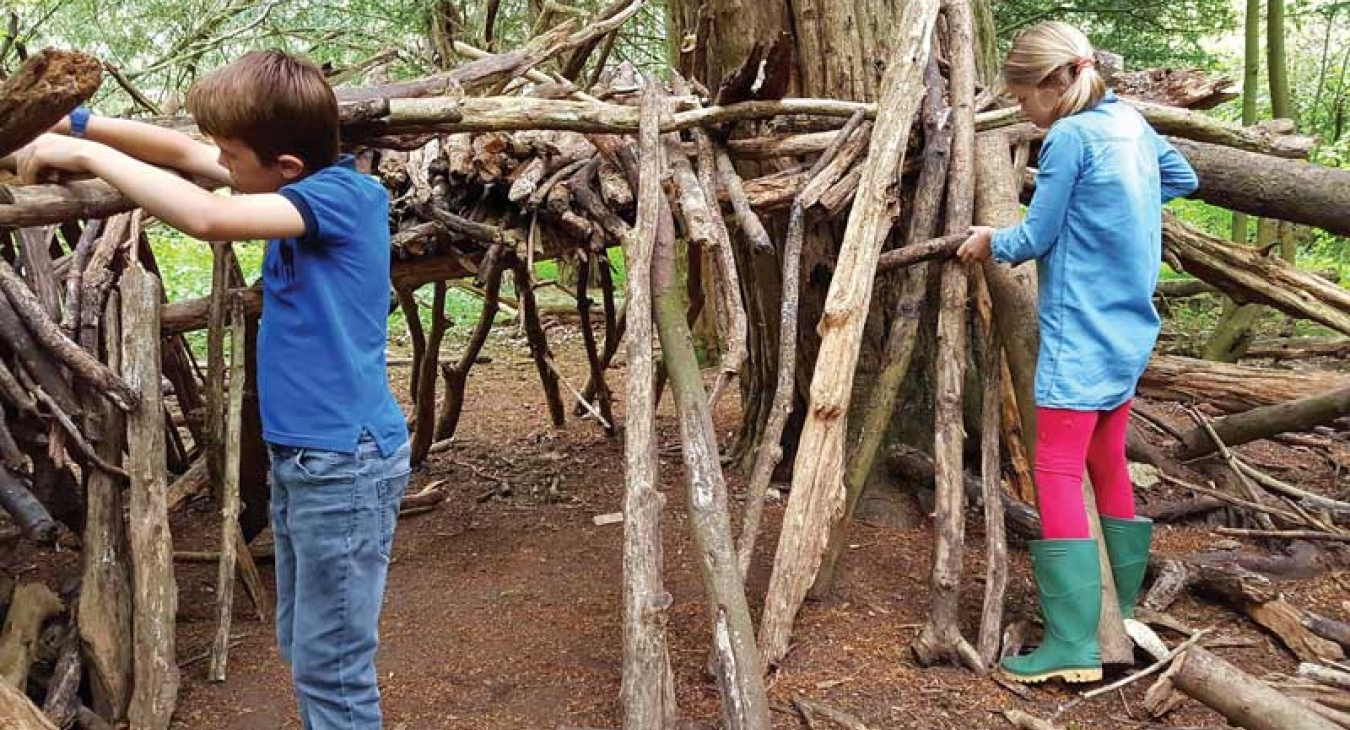 School’s out, play’s on! Summer is here which means more time to play. Playgrounds are nature’s colorful, hands-on, open classrooms that provide learning opportunities for kids of all ages. With more time for play, it’s important to remind everyone about the importance of outdoor free play. Free or unstructured play is when children engage in a playful state that’s not directly led by a parent or teacher, letting them use their imaginations. In this state where their play enables the child to be in control of their actions and emotions, research shows that unstructured, outdoor play fosters developmental benefits, including physical, emotional, social and cognitive skills.

Playground equipment like climbers and overhead upper-body devices provides a physical challenge, encouraging children to take developmental risks in their play. When a child takes a calculated risk and overcomes the challenge, she develops a great sense of accomplishment, which can lead to feeling self-confident. When risk is involved, kids also learn about consequences, which helps them in decision-making as they grow up. Children learn and practice many of the skills they will need as adults through free play. Just think about the skills you have now as an adult. For example, resolving conflicts at work. You may just have developed that skill simply by playing on the playground many years ago!

Playing pretend allows kids to use their imaginations to break out of the day-to-day, which allows them to fully express themselves without anything holding back. Here are some ways to encourage your child in his pretend play:

Free play also has proven to be therapeutic for children who are emotionally distressed by traumatic events. Studies show that when playing, children can release emotions and “play out” their traumas so they can share feelings freely.

There is tremendous research on play being essential for a child’s brain development. Studies show that free play affects neurological development and determines how the neural circuits of the brain are wired. According to a 2014 NPR education report citing Sergio Pellis, a researcher at the University of Lethbridge in Alberta, Canada, changes in the prefrontal cortex during childhood help wire up the brain's executive control center, which has a critical role in regulating emotions, making plans and solving problems. Per Pellis, play is what prepares a young brain for life, love, schoolwork and professional career.

The Physical Benefits of Nature

Children today spend much more time indoors due to technology and even fear, enabling screen time to compete with nature and physical play. Limiting a child’s screen time can set an example of a healthy, active lifestyle that includes plenty of play, as getting outside allows children to be involved in physical activity. This can not only limit stress, but also build stronger muscles and improve bone density, improve heart and lung function, and prevent obesity, diabetes and high cholesterol.

School’s Out, But Recess Shouldn’t Be Forgotten

Earlier this year, IPEMA conducted a survey of 500 U.S. elementary school teachers with the goal of uncovering a first-hand view of the benefits of adequate recess time for kids of varying ages. Even though it’s summer and most schools are closed for the season, it’s still important to keep recess on the top of your mind and look ahead to the next school year, so play can still be a priority. Especially because some schools have limited recess in recent years. According to 2016 Shape of the Nation Report, only 16 percent of states required elementary schools to provide daily recess. But recess is just as important as ever as each teacher surveyed – 100 percent – said that recess is essential for young students’ mental and physical development. Other key findings included:

Kids love the playground and look forward to playing since it gives them a chance to visit with friends outside of school, meet new peers and play fun and imaginary games that they might not be able to play at home. Kids learn such valuable, everyday life lessons about interacting with others, social norms and independence, all while gaining important relationship-building skills. So get out on the playground and in nature, and get playing this summer!