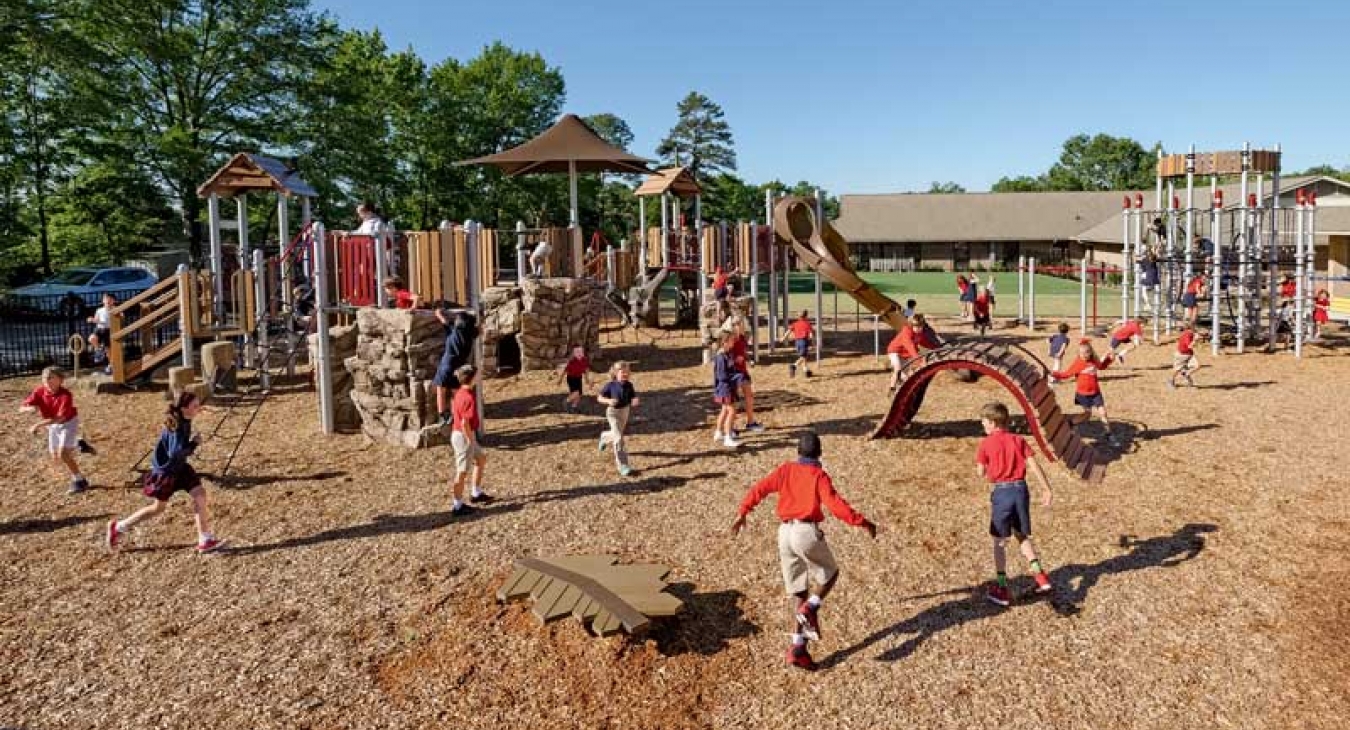 This past fall, the American Academy of Pediatrics (AAP), an organization made up of primary care pediatricians and pediatric medical specialists dedicated to the health, safety, and well-being of children, presented new research at its annual conference and the results were alarming: more than half of U.S. children are not getting the recommended amount of weekly physical activity. According to the World Health Organization, kids should be getting at least 60 minutes of physical activity daily between family, school and community activities. What’s to blame for this lack of action?

Sedentary lifestyles and increased use of screens could be contributing factors. Overscheduling of kids may have contributed, too – going from one appointment or activity to the next. But parents aren’t the only ones we can point a finger to; schools around the country have been taking recess away to provide more time for in-classroom learning and studying. What some may not realize, though, is that physical activity has more benefits than just getting kids active – it can help with the development of physical, emotional, social and cognitive skills, resulting in better academic performance. One way to get that activity is with play and particularly, recess.

In the state of Arizona, parents, teachers, and legislators have been in a decade-long battle over play. Few schools across the state offered at least two recess periods per day for unstructured playtime and some schools even did away with recess entirely. But in 2018, the state fought back, and its governor signed a law requiring schools to provide two recess periods for children in elementary school. Some schools are already seeing a promising impact! At one elementary school, an Arizona principal noted that he’s seen an improvement in the overall health of his students. Not only that, but test scores are up, and discipline problems are down. Attendance has even increased.

The International Play Equipment Manufacturers Association (IPEMA) and its Voice of Play initiative are committed to improving the quality and quantity of children’s play and playgrounds. In 2018, the organization conducted research of U.S. teachers to understand their perceptions on recess. The top result? 100 percent said that recess is essential for young students’ mental and physical development!

In 2010, the Centers for Disease Control and Prevention published a report on the association between school-based physical activity, including physical education, and academic performance. It reviewed 50 studies and 251 associations between physical activity and academic performance, representing measures of academic achievement, academic behavior, and cognitive skills and attitudes. Among the findings was that time spent in recess appeared to have a positive relationship with children’s attention, concentration, and on-task classroom behavior. In the IPEMA survey, 78 percent of teachers noted their students are focused and ready for their next lesson when they return from recess.

The CDC has reported that the percentage of children affected by obesity in our country has more than tripled since the 1970s. Between screens, snacks and sedentary classroom time, it’s no wonder we’re experiencing a play pandemic.

With the health of our children in jeopardy and the research in the favor of recess, it’s a no-brainer to make play a focus of our daily lives. Parents, as one of the best advocates for physical activity and play, can limit children’s screen time and set an example of a healthy, active lifestyle that includes plenty of play. It’s the first step toward putting our children on a path to good physical health and the academic benefits will follow suit.