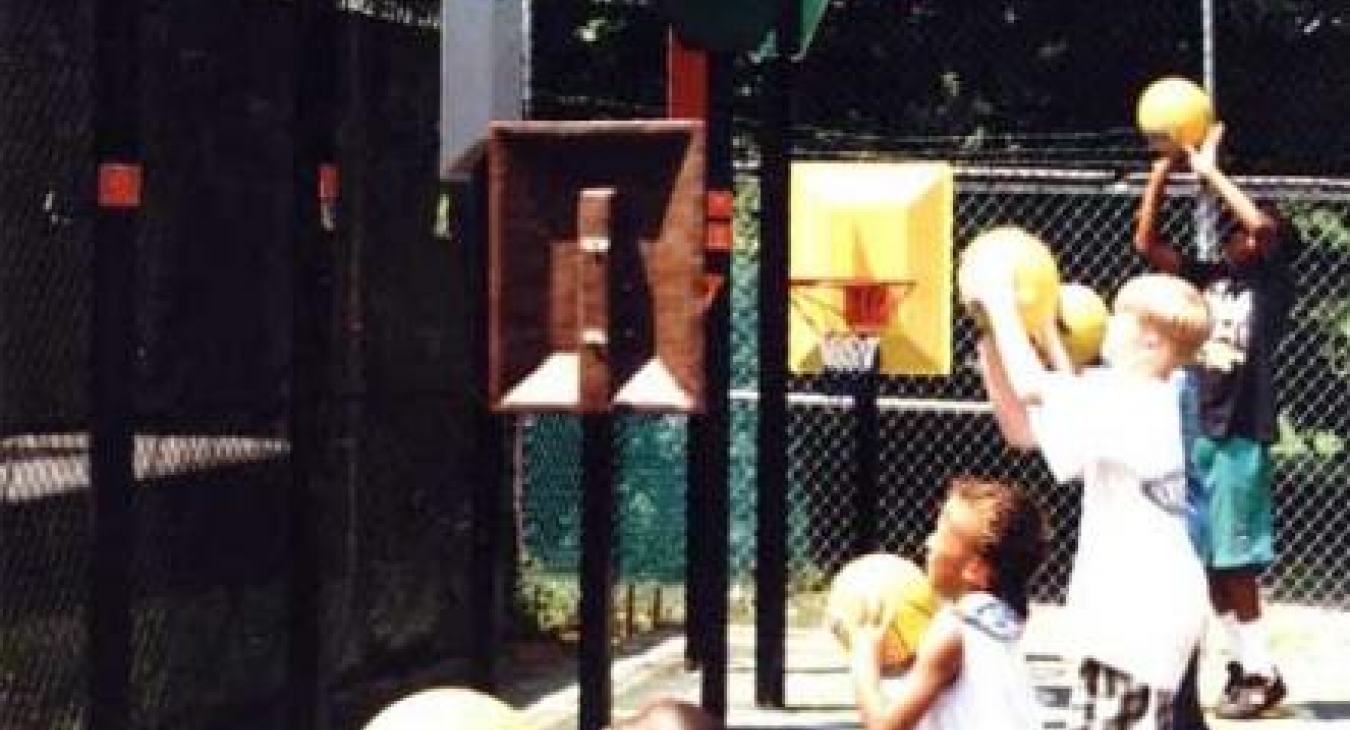 When children have outgrown the pre-school playgrounds, then what? We have games, sports and playfields. These are words used and often interchanged within the vocabulary of the recreational and playground specialist. There appears to be many ways to establish a distinction among these words. But one overlooked distinction concerns the reality that the overwhelming number of sports played in society are sports designed to defeat others. There is no “game” in these sports without an opponent. The sports cannot be played without winners and losers. Coaches and instructors teach how best to defeat others. That's one of several criteria in the use of the language we employ concerning recreation. An important distinction which should not be overlooked is the one in which the play is alongside rather than against others and there is no one to defeat. These are sports without opponents. These are sports which are self competitive.

Concerning ball playing sports, which facilities receive the greatest attention, funding and space, this distinction applies such that we can readily determine which sports are in which category. Numerous sports including baseball, football, soccer, rugby, tennis, Lacrosse, the best-known of these, are to be placed in the category of requiring an opponent. Sports such as golf, bowling, and Bankshot, on the other hand, must be placed in another category altogether: Self-competitive alongside play; no opponent necessary. Why so few of these and so many of the former? Some say Sparta from which sport is derived plays a role in this mentality conducing to focus on so many sports requiring vanquishing foes. Fast moving sports with body contact exclude. Sports played alongside one another include. There are many of the one. Too few of the other.

The sense of deepening the human connection, the inclination to collaboration and walking away from a sport having fostered a friendship, score as worthy objectives in an aggressive often violent society. There is no need at every community sport to “beat” others. Regardless of whether scores are not kept, the children know and are invariably taught that sports are about defeating other children.

There is an obvious need for universal design drop-in recreation facilities - not solely programs - supplementing existing recreation facilities for the sake of balance. Communities of the 21st century should see to it that the sports a community provides are fun, challenging but also purposeful. There are important benefits of inclusion, socialization and integration for all, including special populations, derived from alongside, self-competitive play, sorely missing in sports intent upon vanquishing foes.