Neighborhood Play Around the World 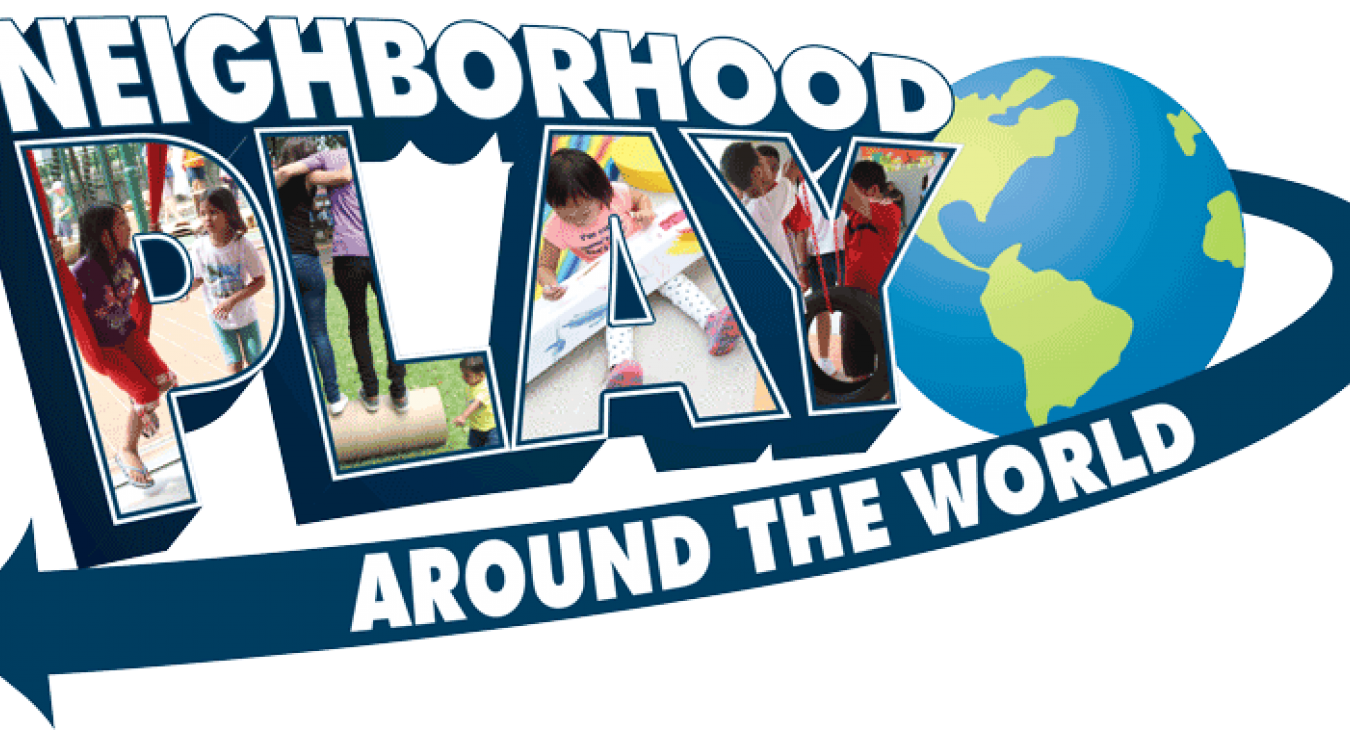 At a pop-up adventure playground, a child tells her father where a window needs to go. He borrows a box cutter from the site volunteer and follows the line her finger traced with the blade. As she waits, she dances foot to foot and waves to a boy she knows from school, who waves back while rolling cardboard tubes down a flight of stairs. At a good play site, everyone does what they want to be doing. They are accepted for who they are, diverse in their passions but united in play.

The same is true for community.

We believe that play is at the heart of a good childhood and healthy community. Our mission is to support children’s right to play in the neighborhoods where they live. We do this by training educators, parents, parks staff, and anyone else interested in the basics of playwork practice, and by supporting independent pop-up adventure playgrounds. Pop-ups are public events designed to reintroduce play into public space and start conversations around freedom and opportunity in ways that are inclusive, non-threatening, and utterly celebratory. The loose parts used are cheap or free, mostly natural or recycled materials. We like scrap materials best, because adults are more able to let go of ideas around waste and purpose, to let go of their desire to control. With junk, the promise we make to children as they arrive, that here you can “do anything you want, with anything you can find,” is made real. So far, pop-up adventure playgrounds have been held in 17 countries around the world, including Mexico, Canada, Colombia, Sweden, and Uganda. This year, we decided to meet some established organizers and help encourage new ones.
On October 26, 2015, we gathered our Pop-Up Adventure Play family in Manchester, UK. It was our annual board meeting and a rare chance for us to all hang out in person. It was also the start of a two month trip around the world, visiting contacts in play in the US, Costa Rica, Australia, Singapore, and Hong Kong before finishing up back in the UK. Here, tour members share their perspectives on the first two communities visited together on our whirlwind tour.

Wow, Pura Vida! Costa Rica, you were great! From stepping off the plane in San José, the welcoming enthusiasm from the locals (Tico’s) was infectious, supporting the echoing reference to the “pure life” almost as a mantra, summing up Costa Rica in a nutshell.

Our host, Bellelli Education [bellellieducacion.com] invited us to visit their relatively new, Reggio Emilia-inspired setting. The open plan building was bustling with positive vibes. Children were happy, engrossed in an environment which provided open-ended opportunities for self-directed play. We wandered through the building, amazed by the child-centered environment before flowing effortlessly outside to an almost utopian play space filled with loose parts and fruit trees! Children from a very young age can choose the content and the intent of their play for as little or as long as they wish. Bellelli also has a strong emphasis around parental involvement, with a dedicated “parents’ area” where families can effectively “work from home” but also enjoy the benefits of being able to break off and enjoy the environment, play, and observe.

Our workshop was hosted at the nearby Country Day School in Escazú. I glanced around the room and was delighted to finally put faces to names of some of our Playworker Development Course students, which until now had been an entirely online relationship from the other side of the world. The workshop was all-encompassing, with participants attentive to our every word, contributing frequently with their stories and anecdotes of play and playwork from their own practice and family life. Discussions erupted, people sparked from one another. Behavior, politics, emotion, and neurology among other topics were discussed, all in the context of children’s play–serious stuff!

The following day we co-delivered a Pop-Up Adventure Playground in a nearby public space. From our arrival the space ignited, a wagon full of loose parts were delivered, assembly lines were in full swing, intrigued locals were edging to get involved. Before long, everyone was at play, children, parents, grandparents, friends, and even a few animals. The space was alive and bustling with excitement. I stood back and took a few moments to observe and take it all in. Although for us a very familiar scene, it was invigorating, warming, and powerful to witness.

These events apply the same concept and principles, but the outcome is always unique. There was pleasure, excitement, disappointment, debate, negotiations, and much impetuous, spontaneous behavior from both children and adults alike. “Secret Stealth Ships” were created, a group of boys hysterically laughed as they pranced around in self-made tutus. Adults took on roles as tape dispensers and chief box carriers, while some drifted off and had some playtime for themselves, something which is severely undervalued worldwide.

Looking around the room in New South Wales during our first workshop in Australia, we saw many familiar faces. These were not people we knew, but they had facial expressions that we understood and frustrations that we had seen time and time again. These were folks who genuinely cared about play, hungry to find out how to bring more play into their communities, but feeling stuck, eager to find solutions to their problems.

In Queensland, one setting was trying something new. In response to some training put on by Australian professional development group Malarkey, [www.malarkeyon.com.au] they had begun to change the way their Early Childhood Education site was working. As an organization, they had taken the bold move to stop hovering over the children, and instead they were taking a step back to allow for play to happen. By the time we met them, they were seven days into this simple change, and it all sounded very positive. The children had surprised them with their abilities and demonstrated just how capable they were, and through observations, the staff were learning how best to support their children’s play with the lightest possible touch.

Implementing this change did, however, mean that the site looked messier than normal, and the children looked a little untidy when it came to pick up time. Parents and decision makers were not taking this change very well, and somehow missed the happy, satisfied expressions on their muddy kids’ faces from a day well played. From Brisbane to Perth, there seemed to be a re-occurring question: play is great, but how do we convince the other adults?

We at Pop-Up Adventure Play think that play is the answer: everyone needs to be invited to play sometimes, no matter how young or old they are. It was only during our Pop-Up Adventure Playground did things start making sense. Children knew instantly what to do with all the loose parts we had provided, and parents watched as their children followed their own instincts to create or dismantle. Parents who would have otherwise been overcautious about wet sand or muddy water were exploring these playful elements with their toddlers. We heard snippets of adult conversations all over the site: “I never thought of doing this before.” “I didn’t know he could do that.” “This is so simple.”

As a pair of boys bashed into each other experimentally in their cardboard armor, we overheard their parents laughing, expressing their joyous observations. If we provide the space, opportunity, and permission for play, it can win over everyone, both young and old.

Before and after this tour, I will be in the USA, the country where I was a child and where I live now. The first pop-up adventure playground was in New York City, designed to spark conversation and play within my home country, and we were astonished by the immediate international response. Playwork is deeply rooted in the UK, growing out of the adventure playground movement there and now flourishing with professional organizations and academic departments. At the same time, play is a deep part of our shared humanity. Children do not need a shared language to play, and with training people can apply playwork principles anywhere, in ways that are specific to those people, the moment, and place.

For the past five years, we have supported play in neighborhoods around the world, both in person and by building community online. We provide free support for anyone who wants to host their own pop-up adventure playground and training for everyone interested in playwork. We apply playwork principles on the community level by making ourselves available, responding to invitations, and meeting everyone on their own terms. As in play, saying “yes” can take us to places we never expected. It can even make “online” friends real, by giving us the chance to share that atmosphere of possibility to play together.

You can read more stories from our tour, register your own pop-up adventure playground, or learn more about our online course at www.popupadventureplay.org.