The Special Magic of a Children's Play Worker 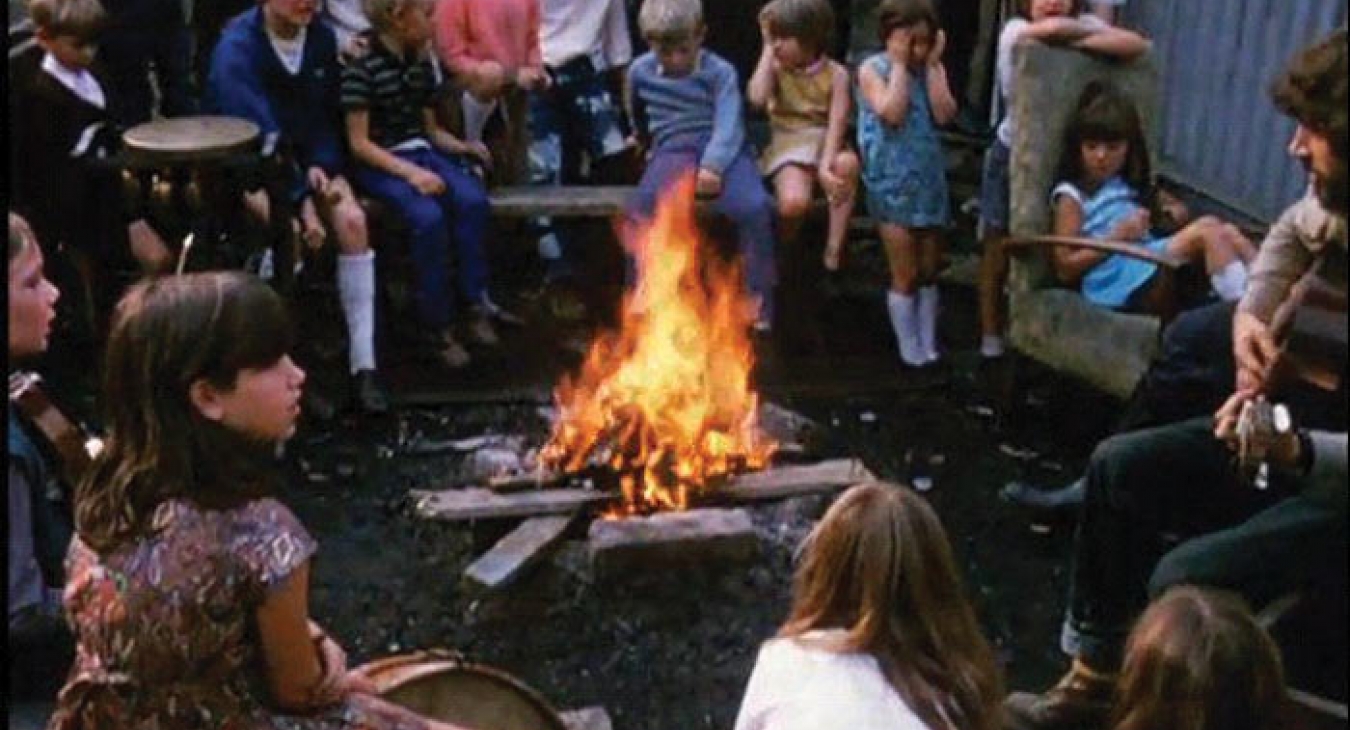 A Play worker hosting kids around a campfire.

The happy sounds of children hard at play,

Welcoming the promise of another new play day,

All waiting at the adventure gates at the break of day,

A figure approaches down the grassy long track,

Miniature bells they do jingle soft upon the breeze,

Small children all around him holding hands.

Here he comes at last they shout and cheer,

With the jingled notes of his playground keys on ears,

They all run to greet him with no fear,

Amongst all the children gathered here.

He greets them all with smiles and good day,

Followed by others from down the way,

All children so very keen to enter the gates within,

At last, the key turns in the lock,

Of the iron gates,

In time by the clock,

Pushed back and opened wide,

By hordes of children with eager anticipated eyes,

Sweeping past the figure standing there,

And into the adventure playgrounds jungled fayre.

Leading as he does by just being there,

Whilst the leader stands by just at arm's length.

Assisting advising when asked to dare,

Along with games of pretense run and chase,

With kids dressed up in hats and lace,

So many activities in abandonment of time and space,

In childhood's play times of their hectic pace.

Then when it's all over and the day is through,

He closes the site for another day,

And walks home through,

Sounds of children contented and waving all their goodbyes,

With his hands held tight,

By two small fry, Escorting him on his merry way,

The chattering of play of another play day.

From the beginning of the adventure playgrounds in the UK, the relationship between the playworker and the child has been of great prominence. The earliest play workers, often volunteers, were responsible for play projects in the parks and were called Park Wardens. The playworkers’ major roles were as enablers encouraging children to create things from waste materials. They were appointed as a means of providing some sort of constructive leadership to offset the children’s gangs who were often involved in anti-social or juvenile delinquency. Childhood Gangs, seen as a major problem by the central government, had been prominent throughout and after the war years in each neighborhood that was later involved in turning the rubble on the bombed wastelands into junk playgrounds.

The adventure playgrounds initially were run by voluntary groups of local parents and supervised by characters who had that special way with children. Notably, people such as Pat Turner, Harry Killick, Don Buck, Joe Benjamin and in later years Jack Lambert, Tony Chilton, and many others each had their own unique style of encouraging young people to create and work together as a community. These play leaders were providing an environment where children could do things which they were unable to do in any other setting. Here they could use tools to build their playhouses and structures from waste materials. They could light fires, cook, and use rope swings and aerial runways etc.

The idea was that the adult playworker and the children would work together, creating an environment the children really wanted. Lady Marjorie Allen, the major exponent of these playgrounds, remarked that children’s love of freedom to take calculated risks is recognized and can be enjoyed under tolerant and sympathetic guidance. Children preferred these informal wastelands to any formally structured play provision. Often these places were seen as eyesores but within their environments, there was a discipline of their own making.

The playworkers were often seen as Robin Hood figures directing the children away from anti-social street pursuits to more constructive and positive community outlets. Such people took the place of the street gang leaders mentality. Playworkers were very poorly paid. They also had little in the way of resources. Depending on their own initiative, these first play workers, who were very resourceful and imaginative, were able to scrounge materials from companies, factories, building sites, or council housing demolition areas. Playworkers had to be proficient at organizing play events, carnivals, trips out, and programmes as well as well as developing a good working relationship with the parents of the children and involve voluntary helpers from colleges and universities. With little financial help at first, the job was a challenge. However, these individuals attracted hordes of children to their sites which were often small strips of wasteland that had been the site of a bombed church or similar area.

In the mid-sixties, I had been appointed via Community service volunteers to run a new Easter playscheme at Redditch followed by a summer scheme. In later years I was appointed there as play coordinator for a 10 scheme programme, after training in Playfield House London Central, the new home of the National Playing Fields Association (NPFA). NPFA was at that time the main coordinating body promoting play provision in the UK and published handbooks such as Play Leadership and gave talks to local councils nationally to promote supervised play provision for all children. Whilst in London I was based at playworker Pat Smythes’ Notting Hill adventure playground in Ladbrooke Grove in Kensington and Chelsea play association, home of the Notting Hill carnival and the steel band movement.

By the end of the 60s, I was appointed by Balsall Heath community association to establish one of Birmingham’s first adventure playgrounds in the heart of the city. I made contact with Gene Peck who had managed Birmingham’s first adventure playground at Sparkbrook. This was to be, as the Bishop of Birmingham told me, my baptism by fire. Following those early days, I went on to establish numerous play projects throughout the UK, working alongside other play workers in Dulwich, Camden, Kensington, Deptford London, Stevenage, Skelmersdale, Bournemouth, Redditch, and Rogerstone/ Gwent.

The special relationship between play workers and children is paramount for the success of any play project. Some people have a particular flair for working with kids: a natural ability which cannot be learned through any training programme. Many play workers had this special gift. The social administrator of Balsall heath once remarked: “The streets can be empty, not a child in sight, but then Ray Wills comes along and suddenly hordes of kids appear out of the alleyways and houses as if by magic  from nowhere.” Specific examples of the playworker child relationships include the ability to relate to very small preschool children as well as the teenagers. A special ability to relate well to these groups is essential. We worked with the kids on the streets in a detached role initially prior to working the sites. This way we established a good working personal relationship with the kids in the area then we could encourage them via trust and empathy to work with us as a team on the playground. The leader must know when to help a child and when it was best to withdraw so the child was able to work out the problem alone and thus learn self-confidence through unaided personal achievement.

As Jack Lambert Welwyn garden city playworker remarked,“It comes down to this, I am not a leader but a servant to the children.”

Ray Wills has recently written a book on his life in children's play entitled Ventures in Childs Play which is available online at Barnes and Noble, Amazon and Lulu.com.