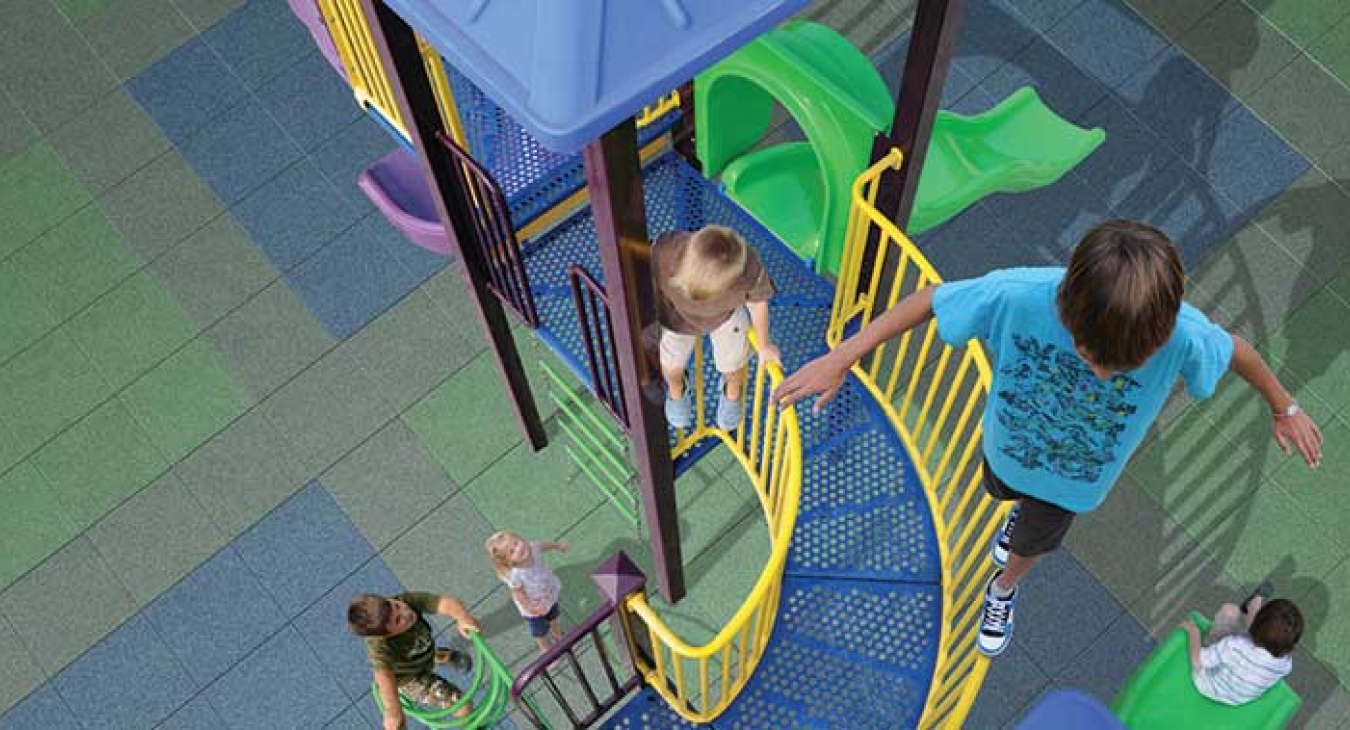 In recent years there has been increasing discussion within the playground industry regarding the risks, or lack thereof, associated with modern playground equipment design.

One philosophy purports that playgrounds are becoming too safe, akin to sterile environments that don’t offer enough challenge. The argument follows that children naturally seek out, and in fact require, healthy risk-taking activities in order to properly develop both physically and psychologically. When playground designers fail to meet this inherent need for developmental challenge within the relatively managed playground environment, children will seek out riskier activities either within or outside of the playground setting.

The opposing view states that being injured on the playground is not a rite of passage and references the alarming and growing injury statistics as evidence that we are headed in the wrong direction.

During a recent research effort, I was presented with substantial evidence that indeed, children who do not feel challenged on the playground will in fact seek out more challenging and riskier activities. This often occurred on unsupervised playgrounds and was seen in the form of kids using the equipment in a manner inconsistent with the original design intent. As I was wading through image after image of kids engaged in risky behavior on the playground, it occurred to me that perhaps the debate about equipment that promotes risk versus equipment that does not, is in some sense irrelevant or misunderstood at the least. After all, the risks are being taken regardless of the equipment design.

Does the argument of challenge versus safety have to be an all or nothing approach? Where should the line be drawn? What if an environment could be created where kids could develop physically and psychologically in a setting where the perception of risk is present while the most serious hazards are removed?

To be clear, risk and hazard are two very different concepts with very different implications. Risk is the potential that a chosen activity will lead to an undesirable outcome. The very notion of risk implies choice. A child for example may choose whether or not to navigate a particularly challenging piece of playground equipment. A hazard on the other hand implies an unknown, or the state of being vulnerable to something which cannot be predicted. Since children cannot visually determine a playground surface’s ability to protect them from a fall, a playground surface could well present an unforeseen hazard. In fact, two surfaces that look and even feel nearly identical, could have a large disparity in safety performance resulting in a 4 foot fall onto a non-compliant surface proving more dangerous than an 8 foot fall onto a surface exceeding safety guidelines.

Given that over 70% of all playground injuries are related to falls to the surface, it would appear that a greater focus on playground surfacing may well present us with the best opportunity to bring seemingly opposing viewpoints together. If the common goal is to increase physical activity within an environment optimized for physical and emotional development but absent of serious hazards, then playground surfacing is the area that affords the opportunity for greatest improvement. Manufacturers of synthetic surfacing are making huge strides in safety performance with some companies developing products that comply with, or even exceed ASTM F1292 at heights previously unattainable. Future conversations concerning the merits of designing higher and more challenging playground equipment might well be incomplete in the absence of serious discussion regarding the significant advancements that have been made within the safety surfacing arena.