Going Vertical and Beyond 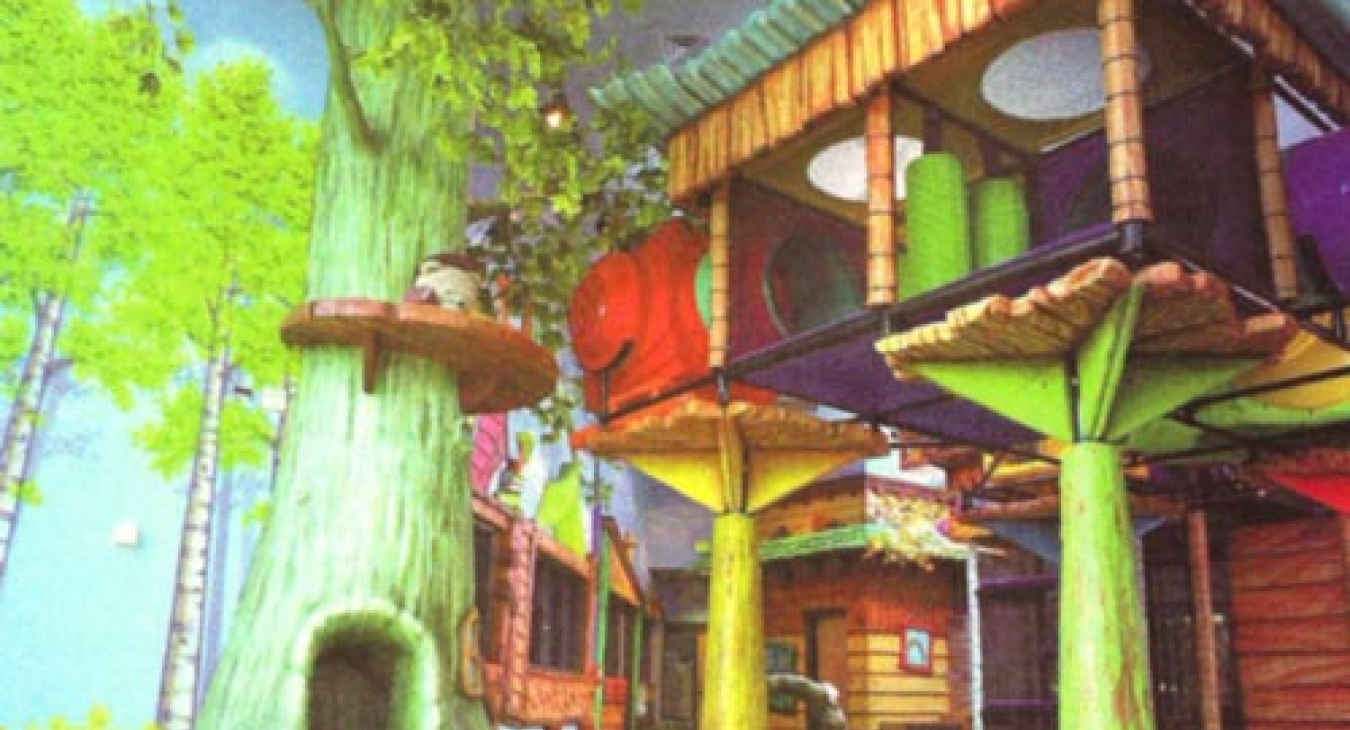 Theme play is one of Soft Play's latest ventures in soft-contained play equipment.

It may sound like something a thrill-seeking snowboarder would brag about, but Soft Play, L.L.C. is quite proud of its "ability to go vertical."

"For our customers, space is really critical," says Kenneth Schober, general manager of the Charlotte, N.C.-based company. "The amount of area that's on the ground is very, very critical to a company that's paying for that space, so as time has gone on we've become more sophisticated in how we can utilize the available air space vs. the floor space."

With over 8,000 installations in 82 different countries, Soft Play has proven that it can go horizontal as well as vertical. A world leader in soft-contained play equipment,  the company was founded in North Carolina in 1984 by Neal Crites and Grant Strawcutter.

"The founders saw greater opportunity for soft-contained playgrounds than what was being exploited at the time, so they founded their own company," Schober says. "The initial targets were amusement parks and theme parks, and the company was quite successful right from day one."

Schober likes to point out that the first project Soft Play was ever awarded- a playground at an amusement park on a pier off the coast of New Jersey is the biggest the company has ever had in terms of a single sale. But while Soft Play continued to have success with theme park playgrounds, Crites and Strawcutter also turned their energies towards creating smaller-scale playgrounds for the quick-serve restaurant market and soon numbered McDonald's, Burger King and Dairy Queen among their clients.

Their success quickly spurred the development of many more soft-contained companies, many of which have come and gone since the industry hit its peak in the mid' 90s thanks to the popularity of family entertainment centers. It was during that time, however, that the company was sold to PlayPower, and Soft Play became a major part of the PlayPower family, which also includes Miracle Recreation Equipment Company and SpectraTurf, Inc. Soft Play now manufactures its equipment in Missouri, while design, engineering and administrative functions are all based out of their offices in Charlotte.

"We do business on a worldwide basis," Schober says. "We have installations all over the world, we have infrastructure, offices and warehouse facilities in Europe, and offices in Hong Kong, Lebanon and Canada. We do business in all the major regions and have for quite some time. Japan's one of our largest markets and has been for the past 10 years. "The concept has universal appeal."

Soft Play refers to its designers as "Architects of Play," taking care to provide age-specific components and play experiences to meet the individual needs of children. The company adhered to ASTM- and CPSC-caliber standards for soft-contained equipment before those guidelines were established, and it's always pleased to note that its patented Spiral Climb qualifies as a transfer system under ADA guidelines.

"Because the rise from one platform to the next is much less than what most people are doing in the industry, it gives children who have the upper-body strength to get out of their wheelchair the ability to participate in the experience at higher levels," Schober notes.

Of course, Soft Play hopes to take their clients to another level, as well, noting that 50 percent of consumers shop with their children and that adding a playground is a great way to enhance customer loyalty and improve customer service.

"We like to think that our playgrounds power business," says Curtis Tiano, vice president of sales.

While continuing to service the quick-serve market, Soft Play is putting forth a greater effort to place new playgrounds at grocery outlets, retail stores, and malls, as well as, places where customers are likely to spend a little more time shopping such as auto dealers and furniture stores.

"That's where we see some real growth potential for the industry," Schober says. "In those kinds of situations, it's very important that the consumers spend some time understanding what it is that they're buying, and they don't always have the opportunity to have babysitters at home. So they have to bring their kids with them, and often the amount of time that you spend on premises is directly proportional to how well behaved the kids are at the time. "And we can entertain those kids for an hour or an hour-and-a-half."

Among the new ways that Soft Play is finding to entertain children is through its  themed play concepts, which now include such imaginary worlds as SeaAdventures and Arabian Nights. The company also introduced a 44-inch-wide Mega Tube this year that is 67 percent wider than the traditional 30-inch tube and is excited about its new line of play vehicles. Rather than take a standard box-shaped component and add things onto it, Soft Play has created molds specifically for a variety of automobiles including a bulldozer, fire engine, and stock car.

All of the vehicles have inner-activities attached to them, from a bucket on the bulldozer that can be moved up and down to a moving ladder on the fire truck. And the stock cars can be custom-made to resemble a NASCAR-type vehicle emblazoned with the logo of the client's company.

"Let's just say that Lowe's sponsors a car on one of the race circuits," Schober points out. "We can put the Lowe's decal package on that car and mold it in a color that's consistent with the color of the car that goes around the track. Then they have a branded piece that they can put in their own facility." Which helps Soft Play reach its twin goals of adding value to their clients' businesses, while also providing safe, fun play for the children of their clients' customers.

"You can't help but feel real positive about what you're doing," Schober says. "The same business related issues come up with this company that would come up with any company, but at the end of the day you know that what you' re doing is helping to put a smile on a child's face."