Memories from the playground are a lifelong treasure 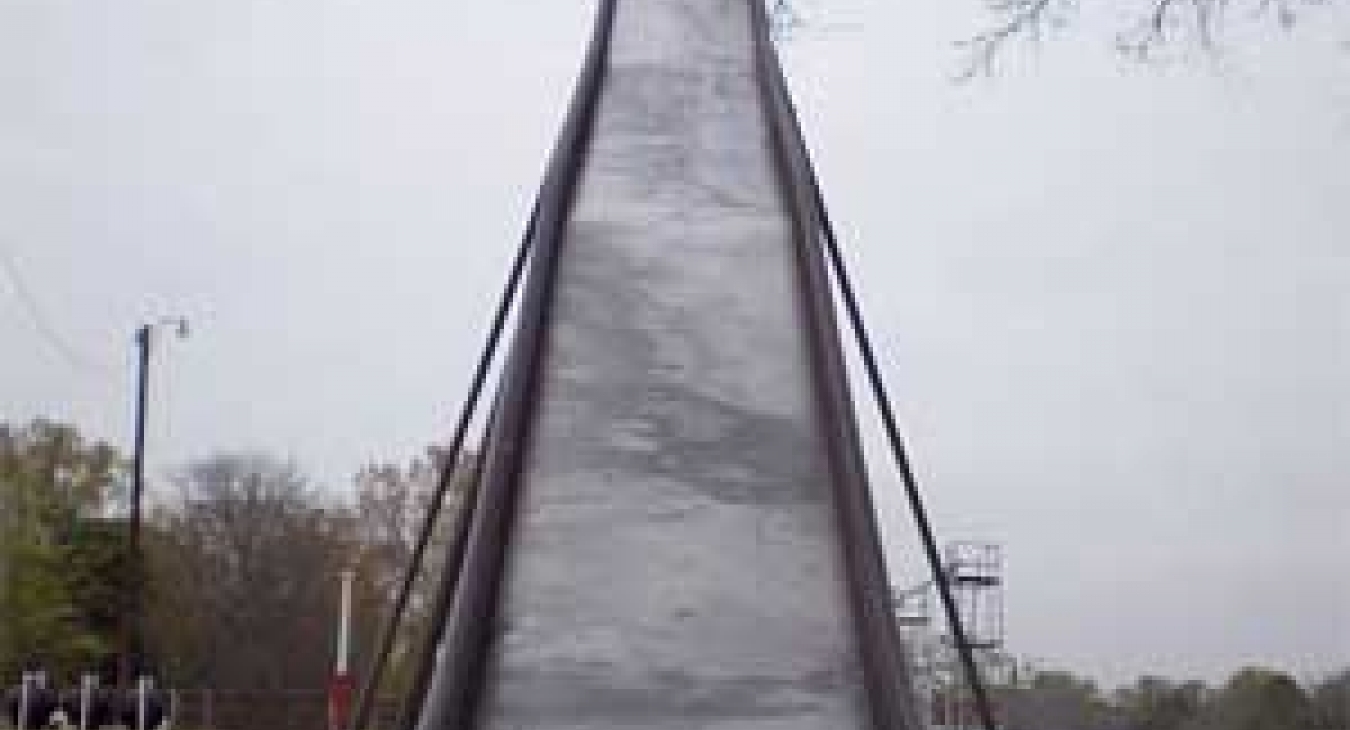 Memories from the playground are a lifelong treasure - Anne-Marie Spencer

This month’s column is an invitation. To you. Because as I travel around the US to shows, symposiums, meetings, and grand openings, it simply amazes me the stories I hear about the playground. How it changes lives, how it becomes the center point of a community, how it creates memories that people cherish, long after they have become adults and sadly, for many, stopped playing. So stop for a moment and think about your favorite childhood memory of play, and then share it below in the comments. Maybe, just for a moment, we can go backwards to that magical time in our youth when play was the thing, the adventure, the time of our life.

I can still remember the first time I went down the “big kid’s slide.” It was a warm August day in Seattle, the only month in that part of the Pacific Northwest that could generally be counted upon to be both hot and dry. My family was at the local park, and as I often did, I played for a while on the swings, then walked over to the slide and watched it longingly. You see, it was a whopper. To my 6 year old eyes, it was easily as tall as the new bank building downtown, thin as a rail, with a ladder that rivaled something a fireman would climb to rescue a person from the top of a burning building. At least that’s how it seemed to me. But I watched as the older kids scrambled up, then slid down with the wind in their hair, whooping and shouting all the way down, I knew I wanted it. Badly. My dad must have read my face that day, because he walked over and said, “Want to give it a try? I’ll help.” I turned around and I’ll never know if it was the calm look in his eye, my own personal resolve, or that now or never attitude that I’ve taken with me into adulthood, but I decided that this would be the day. I was going to do it.

I stepped to the bottom of the ladder, and looked up to the top, which, because of the sun position was obscured by glare. It might has well have been Everest, and I felt just a little wobbly, but up I started. Dad stood right behind me, holding the ladder on either side, a cocoon of protection, until my feet reached his head level. As I turned around to see what he was going to do, he calmly asked “Which would you prefer, if I climb to the top with you, or go around and wait to catch you at the bottom?” Since I knew the view from the top would be something akin to terrifying, and some encouragement would probably be needed, I answered “the bottom,” at which point my safety net disappeared and I was left clinging to the ladder, about halfway up. I reasoned that it was even scarier to climb back to the ground, since that required looking down, something I decided at this point was not part of the game plan, and so up I went. Higher and higher, keeping my eye on that sun drenched platform at the very top.

Finally I ran out of ladder and was faced with the terrifying prospect of standing on the platform and getting into a seated position, knowing that if I lost my balance, I would fall to the ground and squash flat like Wile E Coyote at the bottom of a canyon. I carefully got into position, with my tiny legs pointing down the slide, my dad appearing like a distant munchkin at the bottom, and I sat there for a minute….and looked out…and the view was amazing. From up there, I could see the baseball field across the park, with small players running around the bases as miniature crowds on the bleachers clapped and cheered. I could see downtown Seattle to my right, and a narrow strip of the Puget Sound glistening in the sun at its base. I could feel the wind on my face, nonexistent at ground level, but so very pleasant and cooling up here, blowing gently across my face. I could smell the hamburgers and hotdogs cooking at the family gathering on the other side of the park, the lunchtime scent mixed with the smell of grass from the park maintenance guy on his mower, trimming the lawns before the park got really busy with afternoon crowds. I was at the top of the world. I was in heaven.

My dad, mistaking my hesitation for fear, called up, ‘Come on, don’t be scared, I’ll catch you.” I looked down again and suddenly he wasn’t so small anymore, and I was completely in control, and I could conquer the world. I pushed backward on the hand grips, and began the flight to the bottom, wind in my hair, heat from the metal slide radiating through my jeans, dad growing larger and larger like a magic beanstalk before me, his arms reaching out to catch me before I launched into space. And suddenly it was over. I was just me again. On the ground, me but different, because I had flown, I had seen the world from its very apex, I was a conqueror. And all I wanted to do was go again, and again, and again.

Years later, my parents recalled that day as one of those moments when you see your kid changing. Growing. Becoming. That day on the slide, as I joined all the big kids in the parade up to the top and back down, I left just a little bit of the “baby” me behind and grew up. Just a little.

Fast forward 20 years, and I visited that slide, for the first time in a long time and was surprised at how it looked. Just like when you go back to an elementary school as an adult and note the change of scale in the impossibly tiny desks and ground level water fountains, the slide had somehow become smaller too, the skyscraper version replaced by a simple 10’ structure that sadly, had seen better days. The sand at the bottom was grown over by grass, the whole structure leaned a bit to the left, and caution tape wrapped it in a cocoon of closure, its last slider having ridden down the season before. Two months later it was gone, unlike my memory, which will be with me till the day I leave this earth, memories of that magical day when I grew up….just a little.

As adults, sadly we forget how it feels to be a child and experience the wind in our hair as we fly on a slide or swing. Our desensitized bodies, having driven cars and flown in planes, forget the sensation of speed from our youth, which at the time is the fastest, most thrilling thing we can know. For those of us in the business of creating play environments, those of us who truly embrace the significance and responsibility of what we do, this feeling is the basis for everything we create, for only if we understand the child experiential viewpoint can we truly create play environments that transport children into space, into adventure, and yes, even into maturity.

So please accept this invitation to go back, if only for a little while, to that magical time of youth and your favorite moment on the playground. We’d love it if you would share your memory with us, but even if you don’t, we hope that just for a little while, your memory brings back the magic of youth, of play, and of the special times that helped make you who you are today. Keep on playing.