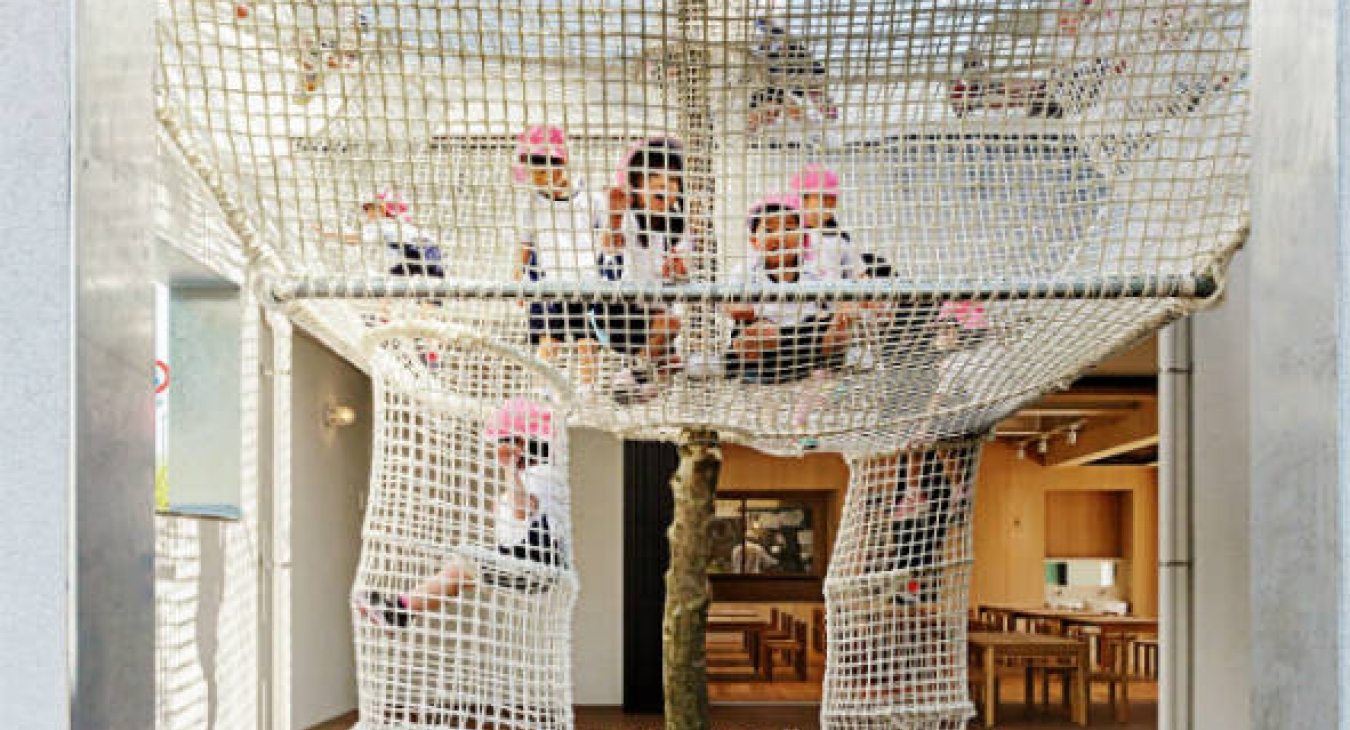 Photography is by Studio Bauhaus/Ryuji Inoue.

The balcony play-area of this Osaka kindergarten by Hibinosekkei and Youji no Shiro provides children with an obstacle course of ramps, benches, monkey bars, and climbing nets around a tree.

Located on the site of a former fire station, the architects wanted to provide a hub for the local community in Chitose New Town, Japan.

The balcony references the architecture of the surrounding housing estates and gives the children an interesting and safe place to play outdoors. Climbing nets in the treetops include suspended rope tunnels for them to clamber up and down. 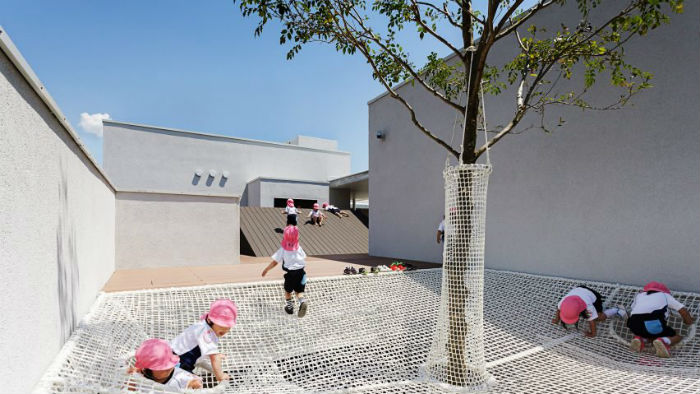 A nursery in Tokyo by Tezuka Architects has a similar design where children can run around a roof deck and clamber around the trees on netting.

The different levels of the balcony also help avoid what the architects' called a "ticky-tacky" effect, a reference to Malvina Reynolds' 1962 song Little Boxes about the identikit blandness of suburban housing.

The architects designed the ATM Nursery to help foster a sense of community, between the children and between the nursery and the people who live locally.

Furnished with child-sized tables and chairs, the kitchen and dining room open on both sides so everyone can see out onto the street and to the playground. Individual classrooms have windows looking out onto the play area and an outdoor corridor.

"It prompts different ages of children to communicate and feel each other's presence," said the architects. 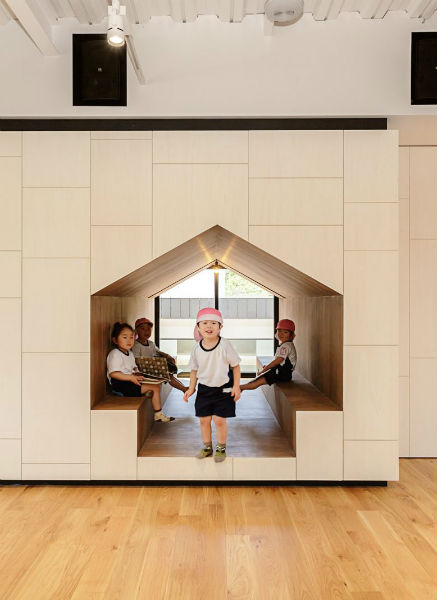 House-shaped holes have been cut into the sides of some of the rooms dedicated to childcare, providing fun entryways for places for the children to sit and play.

The Japanese studios used a similar device in their redesign of a kindergarten building in Kanagawa Prefecture, which features house-shaped reading nooks and hidey-holes.

Hibinosekkei also created a gabled playhouse for a kindergarten in the city of Sagafilled with a miniature kitchen and wood burning stove all fashioned from wood.