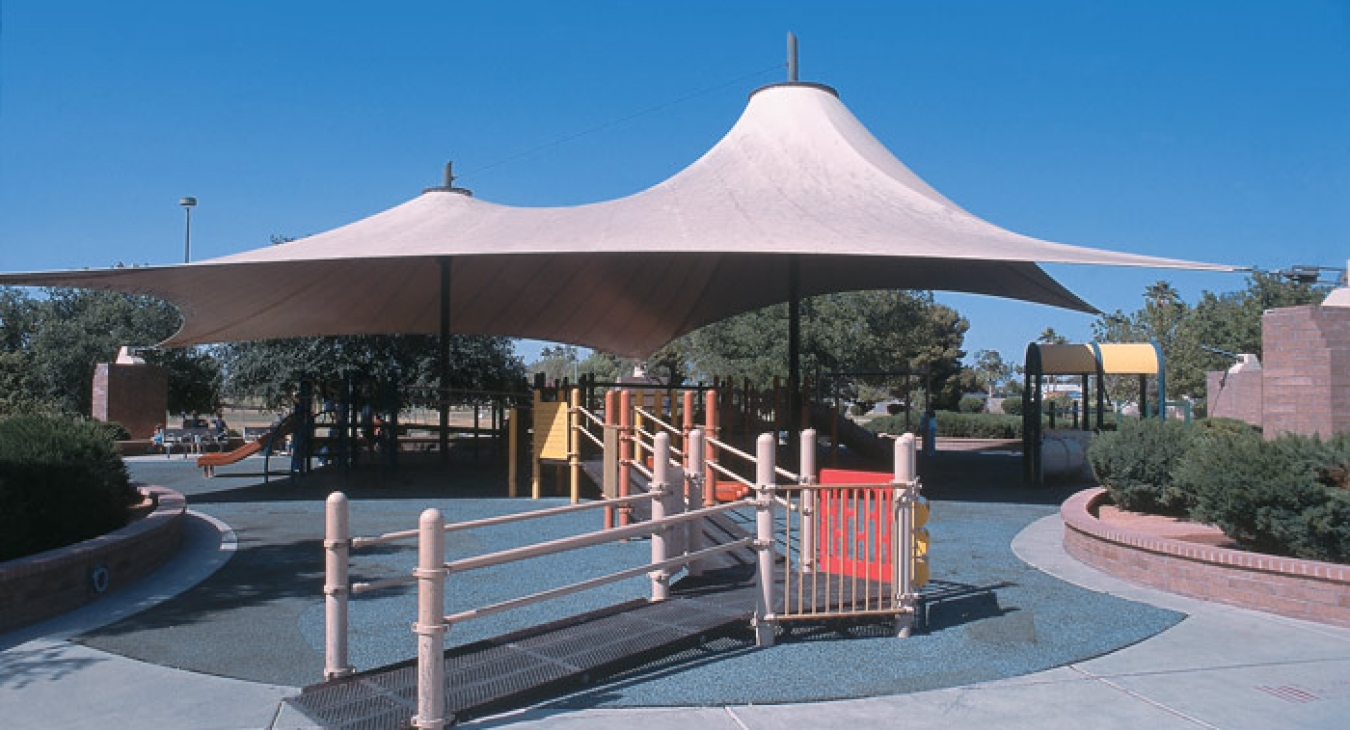 As children, the winter weather provided a frosty world of endless possibilities for the kids in my neighborhood. We would construct forts, sled over freshly built ice ramps, skate on a frozen patch of water in the backyard and pretend we were Eskimos looking for food. The melted snow on our jeans would freeze, and our faces, legs, and hands became an interesting shade of pink…hot pink to be exact. As the seasons changed, the summer brought with it searing heat that would blister your skin if you were in the sun too long. Thunderstorms were also a plus. We would run around in the middle of a downpour and play in the street as the water drained into the sewer. At the time, we didn’t care, even though our parents told us to come in out of the rain. As I look back I think about how lucky I was not to get struck by lightning or have frostbite. Now, being older and wiser, I hate the cold and rain and I try to find the closest parking spot so I don’t have to walk far in lousy weather. “Let me out at the door,” has become one of my more common phrases. Children, however, haven’t changed. They still want to play outside despite weather conditions. What can we do to protect them when they play in bad weather?

Snow, believe it or not, can cause problems on the playground. Although we think of snow as soft and fluffy, it can pack down and become like concrete. According to an article written for healthychild.net by Dr. Charlotte Hendricks, the Health Educations and Special Projects coordinator for the Jefferson County Committee for Economic Opportunity in Birmingham, Ala., “Snow cover quickly becomes a hard packed surface and at times can be icy,” and “Snowfall may lessen the distance between the bottom of the swing and the ground so that tiny legs swinging back may become caught on the ground instead of swinging clear.”  Cheryl Van Den Bogart of BCI Burke says that checking the surfacing in the winter is just as important as checking it other times of the year. She says, “Ice and snow can make the surface very hard. They need to make sure they’re inspecting the playground and make sure they’re taking precautions.” 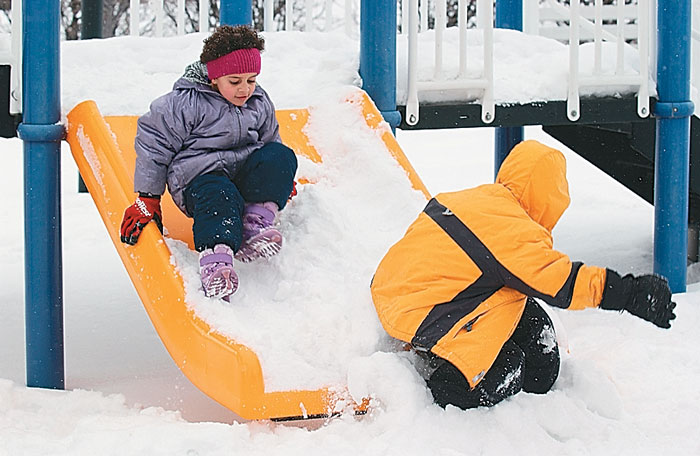 It isn’t only the snow on the ground that causes concern. “Wooden pathways and steps to slides may be slippery. Since it may be impossible to remove all the snow, adult supervision on winter playgrounds may need to be increased to help children avoid snow-related accidents.”

The material the equipment is constructed of can also present problems. Many pieces of playground equipment are made of metal and the Group Health Cooperative says, “Cold is transmitted more easily through metal and increases the risk of a cold injury, such as frostbite.” The group recommends you teach your children about not licking or touching metal objects with their bare hands in cold weather, and they state that it is important to dress your child appropriately for the cold and to limit their time outside when temperatures drop. The GHC also says eating plenty of food before going out helps to sustain body warmth.

It is important to check your playground for any damage it might have sustained during the change of seasons as well as after an occurrence of inclement weather. Mary Ucci, the Educational Director of the Child Study Center at Wellesley College says in her article for Child Health Alert that following a simple checklist can help you detect problems with your playground so injuries can be avoided. 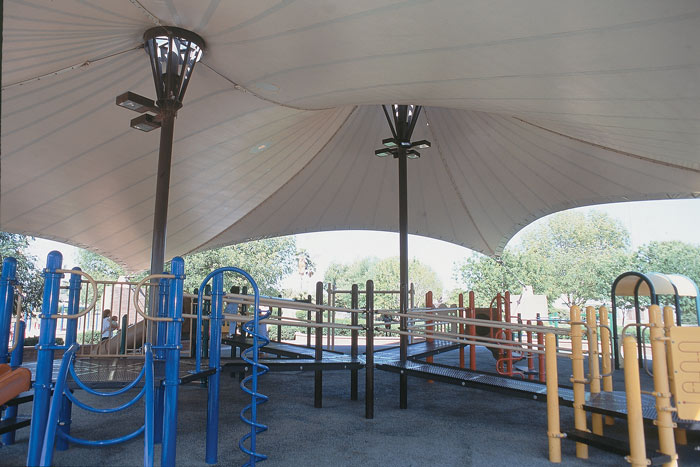 The spring and summer are also seasons where injuries can occur. The heat from the sun can heat up metal playground equipment, burning children. Steven Mull, CPSI of Childforms says, “We use only polyethylene slides, and recommend adequate shading be used in the case of extremely hot temperatures, and always recommend parental supervision at all times.” Also with spring and summer come thunderstorms and thunderstorms bring lightning along with them. It is important for children to be cautious when playing in inclement weather. John Jensenius, a Warning Coordination Meteorologist with the National Weather Service recommends that teachers and coaches have a lightning plan in place for when children are involved in outdoor activities at school. He says the plan should contain these guidelines.

The lightning plan should also keep in mind how much time it takes to get to a safe place. Jensenius also stresses that “Small outdoor buildings including dugouts, rain shelters, sheds, etc., are NOT SAFE.” He claims that activities should be halted if lightning is visible, thunder is heard or if the time between any lightning and the subsequent thunder is 30 seconds or less. “This would indicate that the thunderstorm is six miles away or less.” Once the storm subsides, Jensenius says, “because electrical charges can linger in clouds after a thunderstorm has passed, experts agree that people should wait at least 30 minutes after the storm before resuming activities.” 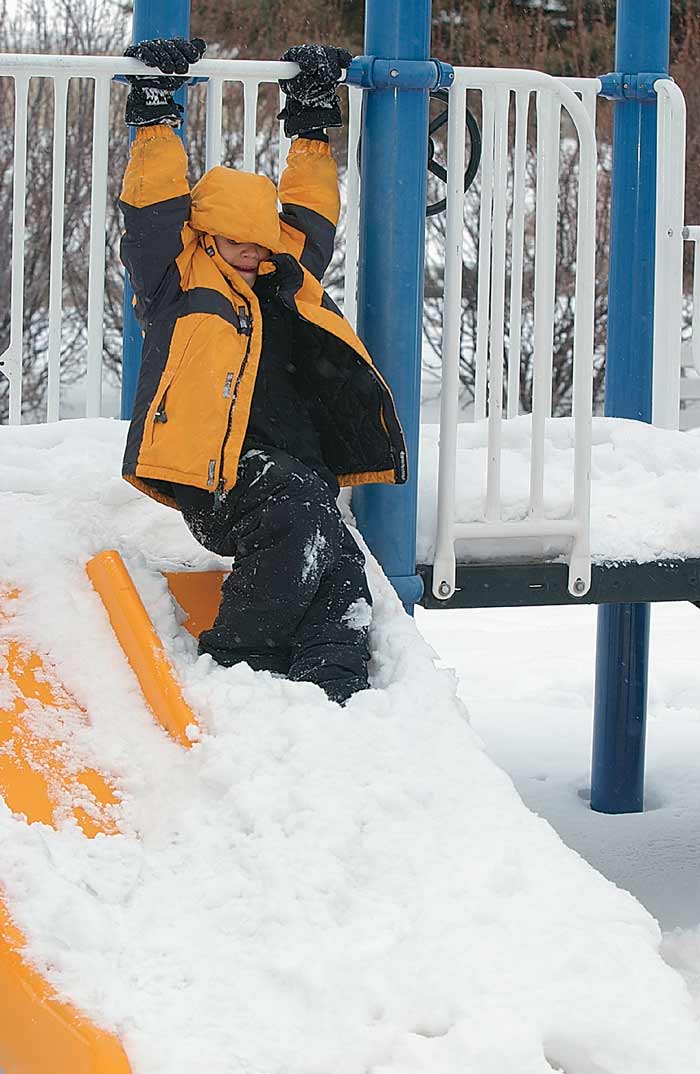 Since lightning is such a concern for schools, Jim Vavrek, an eighth-grade science teacher from Hammond, Ind., began a program in cooperation with National Oceanic Atmospheric Administration called Lightning Safety Awareness Week. The Lightning Safety Awareness Week education team works with educators throughout the country, offering them tools to teach children about lightning safety. “Knowledge saves lives. Our goal is to make the K-12 students and their teachers and coaches aware of the dangers of lightning, and more importantly, how to protect themselves and others from this threat,” Vavrek says.

Meteorologist John Ogren is head of the Indianapolis NOAA National Weather Service Forecast Office, and he also helps organize Lightning Safety Awareness Week. He says that schools should be aware of lightning safety because they often engage in outdoor activities. “In the United States, lightning deaths and injuries occur most frequently in open fields, including ballparks and playgrounds. Lightning safety is crucial for schools since many have activities in open fields such as recess on the playgrounds and athletic fields.” The upcoming Lightning Safety Awareness Week will be during the week of June 20-26, 2004.

We can’t control the weather, but we can take safety precautions to ensure our children are safe when playing in severe weather.