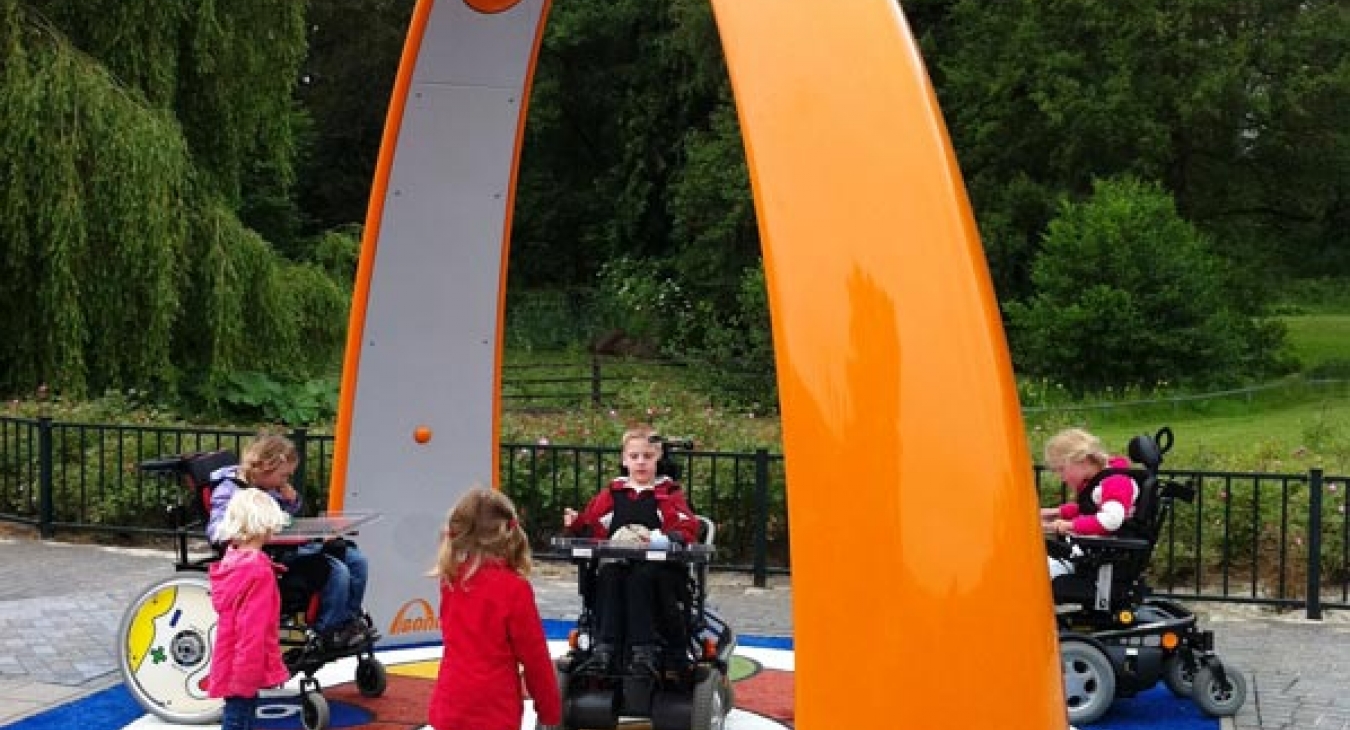 YALP IS “PLAY” spelled backward. You ask, “Who is Yalp?” Yalp is the latest greatest in outdoor play. Located in the Netherlands, Yalp is a global distributor of interactive play and sports equipment founded in 2006 by Ben Admiral. Admiral asked himself some fundamental questions about traditional play, and ultimately its users--children.

Children were no longer satisfied with simply playing outdoors as we did years ago. Why are children so engrossed in TV, mobile phones, video games, and tablets? He soon discovered it was NOT only children but everyone. The world was changing. It is a new generation with new entertainment expectations.

Research shows that 74 percent of kids between the ages of 5 and 12 get less than one hour of outdoor play time per day. Experts say that ample outdoor activity is crucial to the health, well-being, and development of children. Yalp’s solution is to get children to go outdoors and remain outdoors for extended periods of time with their “smart park” interactive play and sports equipment.

What is interactive play? Interactive play is where the digital and physical worlds around us meet. In short, it is "real-life gaming.” The electronic video game portion brings a challenge, problem-solving, and a continued renewal of game options to play. The physical portion brings benefits such as exercise, social interaction, teamwork, and experiencing the outdoors in a healthy manner.

The Yalp Sona is an interactive dance and play arch. It is an audio-guided play space, specially designed for outdoor use. Games are played by motion and encourage physical activity, learning, and socialization. It provides an awesome workout - 40% more intensive than competitive basketball.

The Sona is truly the most versatile and inclusive Yalp “smart park” product. Games can be changed and updated regularly to keep continued interest and  challenge for the user. This is a great interactive multigenerational play experience for parks, schools, early childhood centers, and even senior programs.

The Yalp Memo is an exciting and fun play activity that gives kids plenty of physical exercise with an educational component. Memo is short for  'memory’ and 'movement'. The balanced mix between being fun and physically challenging is achieved through fun and sporty games.

The Memo also has math and memory games which train the brain and reinforce classroom learning. It's been rigorously field tested and perfected with special focus on fun, gameplay, and teamwork. It's as entertaining as any video game, but it’s healthy, socially cohesive, and educational. Memo is a great addition to any school play space or recreation center.

The Yalp Sutu is an interactive soccer wall containing impact-sensitive panels which measure and react to ball impact. Vivid LED lights and audio speakers give Challenging a New Generation players feedback and encouragement on their performance. The durable robust construction and vandalism-resistant equipment make the Sutu wall perfect for outdoor or indoor installations.

The Sutu can be used in a variety of games which can be updated regularly and the Yalp mobile app encourages friendly competition among students, classes, and schools. It’s fun for all ages and ability levels, not just avid sports fans. The Sutu works well in schools, parks, sports training facilities, recreation centers, and family fun zones.

The Yalp Toro is an interactive multipurpose sports field. It's designed specifically for outdoors and consists of roughly 42' x 42' field with four interactive goals. The Toro is suitable for both primary and secondary schools and provides a multipurpose sports field where children can have fun. The boarding prevents the ball from going outside the playing field interrupting the game.

The Toro is specifically designed for playing in groups and is suitable for multiple sports such as soccer and hockey. There are many games to keep it challenging throughout the school year and  Yalp continues to develop more each year.

In 2014, Yalp received the Red Dot Design Award for the Fono DJ Booth. The  Yalp Fono is the only outdoor DJ Booth in the world. Yalp Fono has a durable robust design that is vandalism-resistant with pre-installed sounds and is smartphone compatible. There are two designs of the Fono, with one being more urban looking.

The Fono serves as a positive meeting place for young people to socialize and express themselves through music; a great hang out place for older teens. It also provides recreational experiences beyond sporting activities and promotes musical talent and dance. Yalp Fono DJ Booth fits in well at skate parks, malls, college campuses, and rec-plex facilities.

Yalp “smart park” interactive play and sports equipment is suitable for outdoor and indoor environments. Just like traditional play, interactive play can be performed anywhere. Yalp designs its equipment to be durable, accessible and inclusive for people of all ages and abilities. Communities can easily incorporate one or two of these products into their existing parks and/or recreational facilities to encourage families to be more active, get outdoors and live healthier lifestyles. 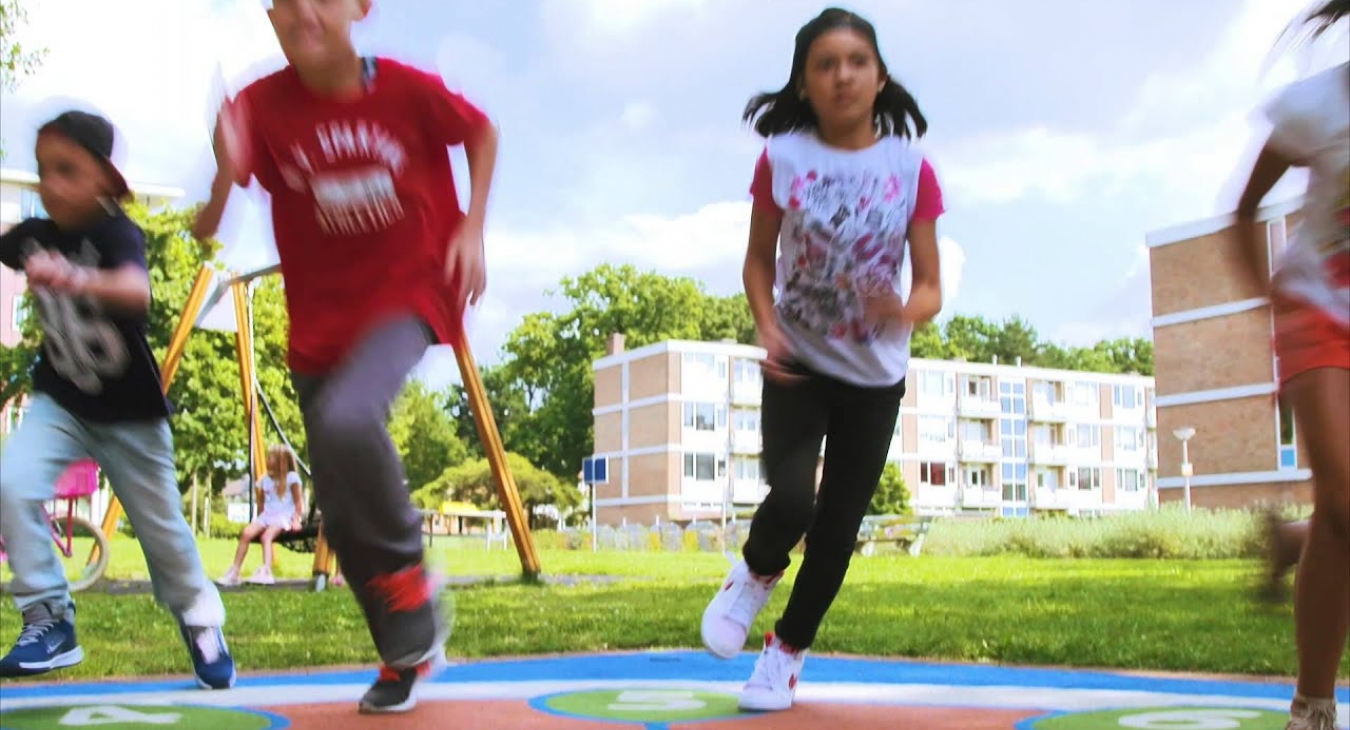