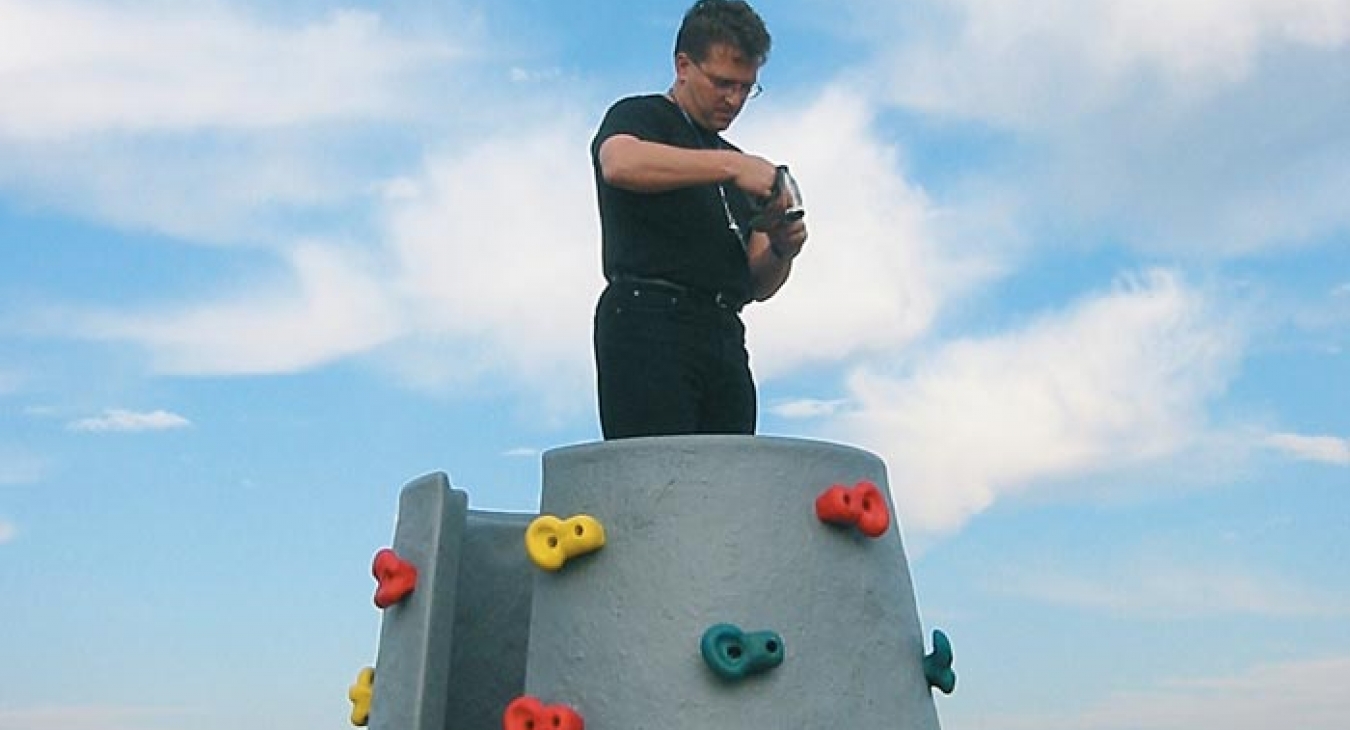 When children step foot onto a playground prepared for a fun-filled hiatus of climbing, jumping, and swinging, they don’t give much thought to how those hours of play will affect their futures. Yet according to Tom Norquist, “There’s a lot more to play than just the physical aspect of it.” Norquist, the Senior Vice President of GameTime, has dedicated his career to making children’s time on the playground something that benefits them for the rest of their life.

Norquist has been involved in the playground industry for the past 20 years and has become respected among industry peers for pioneering new and innovative products for the benefit of children. He is also a participant and founding member of several national and international playground boards, spending countless hours working on and encouraging new standards and research for playgrounds, as well as the benefits of play.

While attending Portland State University, earning degrees in Finance/Law and Marketing, Norquist began to pay attention to the playground environments surrounding his community and its effects on the children who played there. Intrigued by the business of child’s play, he set a course for his future and began as (in his words) an “office boy” at Columbia Cascade. Under the tutelage of company president, Ken Kirn, and company vice president, Don King, Tom began his quest to learn the playground industry. Eventually, he became a sales manager at Cascade and helped to develop Interplay, the first above ground, modular wooden play structure. He later helped develop Timberform II and PipeLine, popular playground systems in the 80’s.

After ten years with Columbia Cascade, Norquist was persuaded to make the switch to GameTime, as Director of Marketing and Sales. He has worked hard for the past ten years to help the company grow, develop new products, and boost industry standards. He was a key factor in the development of the BigFoot slide and MegaRock climber, two GameTime innovations that have made significant impact on playgrounds worldwide. Another significant contribution was his collaboration with M. Paul Friedberg, designer and “father of the adventure playground” according to the New York Times, on GameTime’s TreeScape system. In 1961, Friedberg pioneered the concept of “linked play” creating a play experience that made the path a child takes to the play experience just as important as the experience itself. By linking components by common decks and ramps, Friedberg’s system increased the importance of social encounters on the playground. Before this innovative system, children’s play was limited to individual play components set apart on a playground. Friedberg explains linked play in his book, Play and Interplay, by saying, “The movement from one experience to the next is an experience in itself. The choice of what to do next becomes an experience. The more complex the playground, the greater the choice and the more enriched the learning experience.” The TreeScape system offers linked adventures, inspired by nature, with a tree-climbing theme. Children can climb the trunk climber, and travel among the trees, all in a compliant play atmosphere.

Norquist attributes his success in the playground industry to three factors: surrounding himself with the best design and safety consultants, affiliating with world-class distributors, and promulgating research into playground equipment and play environments. His friends and colleagues also tag it as part of his creativity, hard work, and leadership skills. Norquist is quick to add that his success is not all about him, but is also due to the influence and work of countless others.

Norquist enjoyed the team spirit he felt at Columbia Cascade, and currently feels at GameTime. He describes the team environment at GameTime, “We’re all in the same boat. My role is at the rudder, steering the craft, but there are times when I grab an oar and jump in to help row.” He smiles, “If it looks like we need to do some bailing, I’m the first one to grab a bucket.” It’s this kind of supportive environment that has fueled the research and development of many of his team’s innovations and earned him the respect of his employees. “Tom is fun to work with, and he has a real knack for creating great playgrounds. He has a certain bubbly, childlike quality that works in his favor, and contributes to his success,” says his assistant, Deborah. “As an example, if you go in his office, his entire suite of furniture is made from colorful playground uprights and components. I see people go in there for the first time, get a big grin on their faces when they see it and be instantly at ease.”

Yet working with playgrounds is not just a day job for Norquist. He spends a great deal of his free time working as a member of the American Society for Testing and Materials (ASTM), the Board for the National Playground Contractor’s Association, and the Advisory Board for the National Program for Playground Safety. He conducts hundreds of Play Value/ADA (American Disabilities Act) seminars around the world and participated with the Access Board’s Recreation Access Advisory Committee and Regulatory Negotiation. He is also a founding board member of the International Play Equipment Manufacturer’s Association (IPEMA), for which he has volunteered countless hours of work. Though many members of the association are fierce competitors, Norquist feels the group is bound together in a common goal: “To help society understand the value of play to the child, to the adult, and to the senior citizen.”

Through all his work and research, Norquist’s goal is to help people understand how important play is in their lives. Says Joe Frost, Professor Emeritus at the University of Texas, and contributor to many GameTime research studies, “Tom never tires of talking about play, play environments, and their benefits.” Norquist’s involvement in play research studies have convinced him that play is a major contributor to children’s social, emotional, and cognitive development, and its effects can be carried into adulthood. “If we as adults allow ourselves the capacity to maintain the ability to play throughout our lives, then not only can we enrich childhood through play, but we’ve also added great richness to our own lives.” Norquist believes if adults can carry a “play time” attitude into adulthood, they will have a more positive outlook, and have the ability to make life fun.

Norquist currently resides in Fort Payne, AL. with his wife Lisa, and their family. In his own playtime, he enjoys golfing and construction projects. A talented photographer, Tom’s images also appear annually in GameTime’s yearly catalog.

Norquist’s positive attitude and love of play have won him the admiration and friendship of many colleagues and friends, who are quick to praise his warmth and kindness. Yet even more impressively, Norquist deserves credit for the legacy of play he has shared with countless children and adults who, due to his tireless work, have and will learn the value and benefits of play.