A History of IPEMA 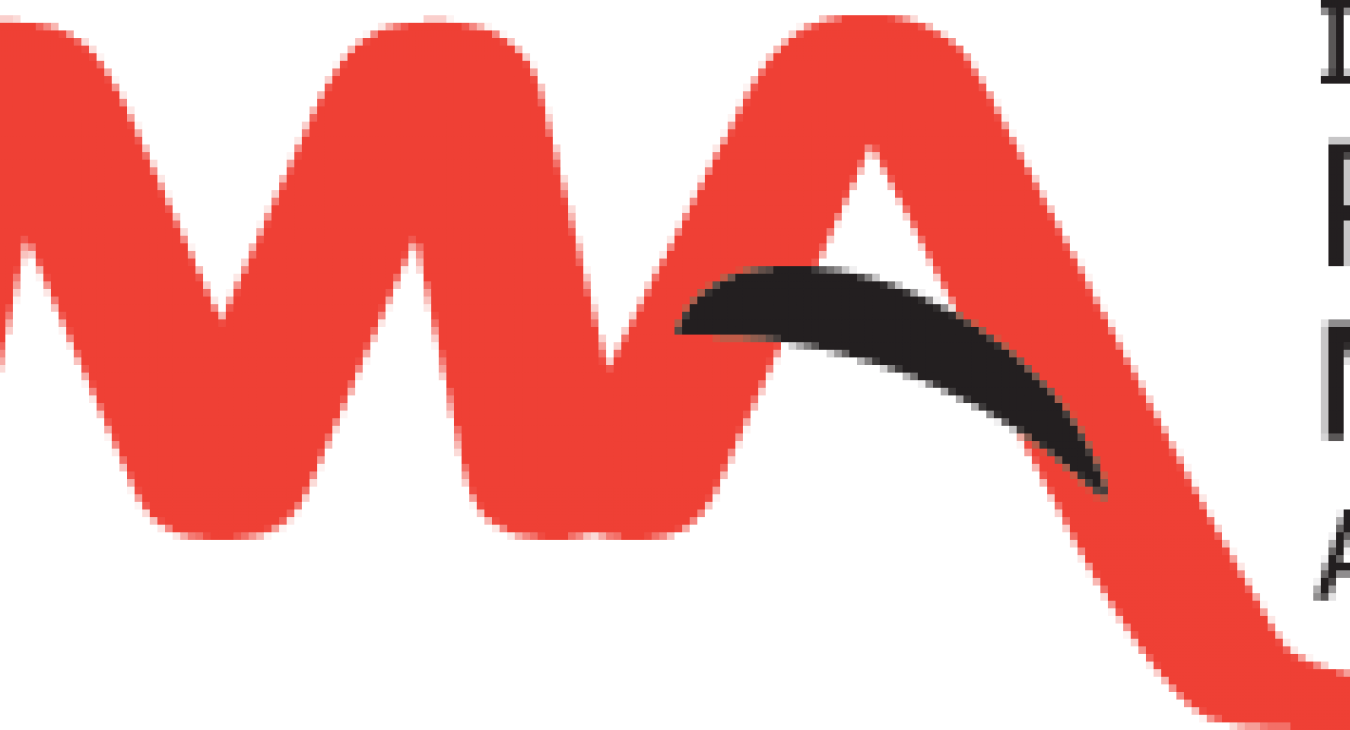 Consumer product safety is a perennial topic of concern, and (thankfully) we have all witnessed industries and consumer products that have made enormous strides over relatively short periods of time to improve the safety of users, especially so when the primary target users are children. The playground industry is at the forefront of this list, working tirelessly over the last few decades to develop an effective, credible system to help minimize injuries that may occur on playgrounds. The International Play Equipment Manufacturers Association (IPEMA) is the prominent industry group for playground equipment and surfacing safety and certification, as well as a leading voice to parents and the public about the benefits of free play for children and adults. This article explores IPEMA’s roots, which began over two decades ago, as a result of much-needed clarification, leadership, and consistency for commercial playgrounds.

For years, organizations such as the U.S. Consumer Product Safety Commission (CPSC) and the National Program for Playground Safety have helped bring playground safety into the public interest. The oft-cited statistic (from the National Electronic Injury Surveillance System, a statistically valid injury surveillance system monitored by the CPSC) that over 200,000 children are treated annually in U.S. hospital emergency rooms for injuries associated with outdoor play equipment brought national consumer attention to the ways the industry can improve safety.

In 1981, the CPSC published the Handbook for Public Playground Safety, a document designed to provide guidelines for efforts aimed at making playgrounds safer. However, these guidelines failed to include adequate technical requirements needed for a “testable” standard, and therefore, companies were left to interpret the guidelines on their own. To bring order and consistency to the standards, a new approach to playground safety was put in place. IPEMA’s predecessor, the National School Supply and Equipment Association’s (NSSEA) Playground Equipment Section, petitioned the American Society for Testing and Materials (now known as ASTM International)(ASTM) to develop a voluntary standard on playground equipment. IPEMA members, along with the CPSC, playground professionals, and consumer advocates comprised the ASTM Committee F15 on Consumer products, which developed ASTM Standard F1487, Standard Consumer Safety Performance Specifications for Playground Equipment for Public Use. In addition to the written standard, however, lay the crux of the issue – a necessary certification process that would ensure consistency and credibility. For this, a third party would need to be employed.

Recognizing this, a working group of 13 of the country’s leading playground equipment and surfacing manufacturers began meeting throughout the summer of 1995, leading to a historical vote in October of that year. The group unanimously voted to form the Play Equipment Manufacturers Association (PEMA) – later to be expanded to include Canada and then to be known as the International Play Equipment Manufacturers Association. The group’s immediate goal was to pursue a third-party certification program to ensure consistency to the certification process, and thus help reduce injuries and add credibility to the commercial playground industry.

Additional early goals and objectives for IPEMA were as follows:

Founding member and past-President Curtis Cleveland remarked on the early meetings, “There were a handful of people there. Each one of us was asked to stand up and state the most important thing to us about this effort and how we would support it as an individual and as a company. I stood and said the certification program was the most important thing to me. We split up responsibilities and started working.”

The group quickly undertook the process of formalizing the testing procedures. The work was time consuming, as each piece of equipment needed to be analyzed to determine correct procedures not only for production, but for installation and maintenance. Factors to be evaluated included: improper spacing that may cause entrapment of the head; protruding hardware or railings that could cause lacerations; inadequate guardrails or barriers that could permit inadvertent falls; or slide attachments with gaps that might cause entangled clothing.

Detroit Testing Laboratories (DTL) (now TÜV SÜD America) was contracted to be the independent third party valuator for the program. Working closely with DTL, the IPEMA Equipment Certification Program was developed and finalized in 1996.

IPEMA met often in the early years – up to 6 times per year – to continue to evolve the certification program and make suggestions to the ASTM standards committees. Founding members were often asked to contribute to the external communication efforts, penning articles for industry publications and speaking on behalf of the group at meetings, conferences, and trade shows. Spreading the word took persistent hard work, but it paid off. IPEMA was making a name for itself, becoming recognized for its certification program just a year or two after launching it.

In 1999, IPEMA expanded its equipment certification program to include the Canadian Standards (CSA).

SPECIFICS OF THE PROGRAMS

The equipment certification program was designed to make certain the certified products were compliant to ASTM F1487. This was accomplished in the following ways:

In 1991, the CPSC expanded their Handbook for Public Playground Safety to include types of surfacing and their respective fall heights. “Fall height” refers to a critical height value of at least the height of the highest designated play surface on the equipment. With the CPSC’s data, ASTM took it a step further in 1991 by creating ASTM F1292 – Standard Specification for Impact Attenuation Under and Around Playground Equipment.

This standard provided a test method for measuring the impact attenuation of the surfacing material to prevent a life debilitating injury. Manufacturers submitted their surfacing products to independent laboratories for testing to the ASTM F1292 Standard and would provide copies of test results to prospective customers to prove their products met or exceeded the ASTM Standard. As IPEMA’s Equipment Certification program was gaining credibility throughout the industry, surfacing manufacturers rallied together under IPEMA’s umbrella and created a similar certification program for manufactured surfacing products. The new program legitimized the surfacing industry as a whole and helped to ensure that participating companies had up-to-date, independently certified test results. As the certification program met the need for providing proof of impact attenuation, it was subsequently combined with the need to eliminate “tramp metals” such as nails, staples, or other metal particles from engineered wood fiber, as tested by ASTM Standard F2075.

In addition, the playground industry understood that playground surfacing added much more to a playground than just a surface for kids to play on. Playground surfacing provides play value to children and can be used to enhance a child’s play experience. For example, rubberized tiles and poured-in-place surfacing can be spread in creative ways, with colorful, fantasy designs such as rivers and oceans, jungles, and forests and can even provide life-sized playing boards for various games. Engineered wood fiber provides one of the most natural surfaces for children to play on.

Equal thought and effort needs to be put into decisions about playground surfacing as well as playground equipment. Some of the best, most creative playgrounds in the world feature a variety of equipment, natural elements, and different types of surfacing that allow for both maximum creativity and safety. It is extremely important that owner/operators demand all surfacing products and playground equipment they purchase are IPEMA-certified and are installed and maintained according to manufacturers’ directions.

Founding IPEMA Member Robert Heath noted, “ASTM started the ball rolling for us in terms of a safety standard for playground surfacing. We all realized the challenges that existed for surfacing because of the multiple manufacturing sites and on-site storage. The IPEMA Surfacing Committee worked hard to formalize the certification process used around the country. There are now more than 70 certified playground surfacing companies across the US.”

Currently, IPEMA’s certification services provide for the validation of a participant’s certification of conformance to one of the standards referenced below. Both programs are administered by TÜV SÜD America.

Immediate Past President Randy Watermiller added, “IPEMA has made significant progress, and there is still a lot of work yet to be done. During my term as President, we focused on IPEMA’s influence on the industry and the general public related to awareness of playground safety, promotion of IPEMA certified equipment and surfacing, all while stressing the importance of play and its connection to developing a healthy lifestyle.”

As the organization grew in size and scope, the membership acknowledged a need to expand its public footprint, outside the realm of the certification program, to focus on larger issues surrounding play. The membership wisely recognized that the more knowledge the public and consumers had about the scientifically proven benefits of play, the better the industry would do as a whole. Undoubtedly, the changing demographics of the American public played a role in this decision. The explosion of computer games, social media, and smart phones converged with dangerous increases in childhood obesity due to lack of physical activity and poor nutrition. At the same time, the American education system turned a laser focus onto its global position, forcing mounting pressure on school systems to find more time for academic assessment – at the sacrifice of time for outdoor recess and play. The growing litigious nature of the (mostly American) public cultivated a society afraid in some cases to offer public services – like community and school playgrounds – for fear of undue legal attention or punishment. It was in this media climate that IPEMA announced the Voice of Play.

As Tom Norquist, IPEMA Marketing Committee Chair noted, “There was a desire among members to expand our powerful industry voice for the good of the greater public. Launching the Voice of Play provided a natural opportunity for IPEMA members and our renowned Advisors to share our expertise with the public and to further educate them about the cognitive, physical, social, and emotional benefits of outdoor free play.”

Working with an international communications agency, Havas Worldwide, the membership and board launched a marketing and public relations effort to expand its reach beyond traditional industry audiences. Called the Voice of Play, the advocacy initiative (see related article on page 24) has brought the topic of play, its value and credible benefits, to a broader consumer audience and elevated the conversation beyond its early trade channels. By tapping into a well-known group of playground experts to serve on its Board of Advisors, which currently includes industry giants Dr. Stuart Brown, Dr. Joe Frost, Ken Kutska, and Teri Hendy, the Voice of Play continues to spread the scientific research-based evidence about the importance of play from a manufacturer-neutral position.

Since its launch in early 2007, the Voice of Play has created a consumer-friendly website and blog and an engaged social media audience on Facebook and Twitter, and has helped position IPEMA and its membership as a go-to resource for consumer media and the public about play. By taking a leadership position around industry events and activities such as the U.S. Conference on the Value of Play, National Playground Safety Week, NRPA’s Annual Congress & Exposition, and the Department of Justice’s Americans with Disabilities Act (ADA) standards, the effort has garnered more than 70 media articles and more than 993 million media impressions.

Today, as IPEMA prepares to enter its third decade as a leading playground safety organization, the membership continues to grow. What began as a handful of charter members has now grown to over 230 members in 2014. Members now meet twice annually to discuss membership activities, review industry issues and opportunities, and strategize on continuing outreach on the value of play.

“Before IPEMA started, the education and resources the manufacturers had didn’t usually make it to the end consumer,” said Richard Hawley, current IPEMA President. “We are providing a valuable service, and are constantly looking for ways to broaden access to education about playground safety to more people.”

“At the end of the day, I find a lot of joy in knowing we’re still in the kid business. It’s not a bad business to be in,” remarked Richard Hawley. “I got into a business where I never had to grow up.”